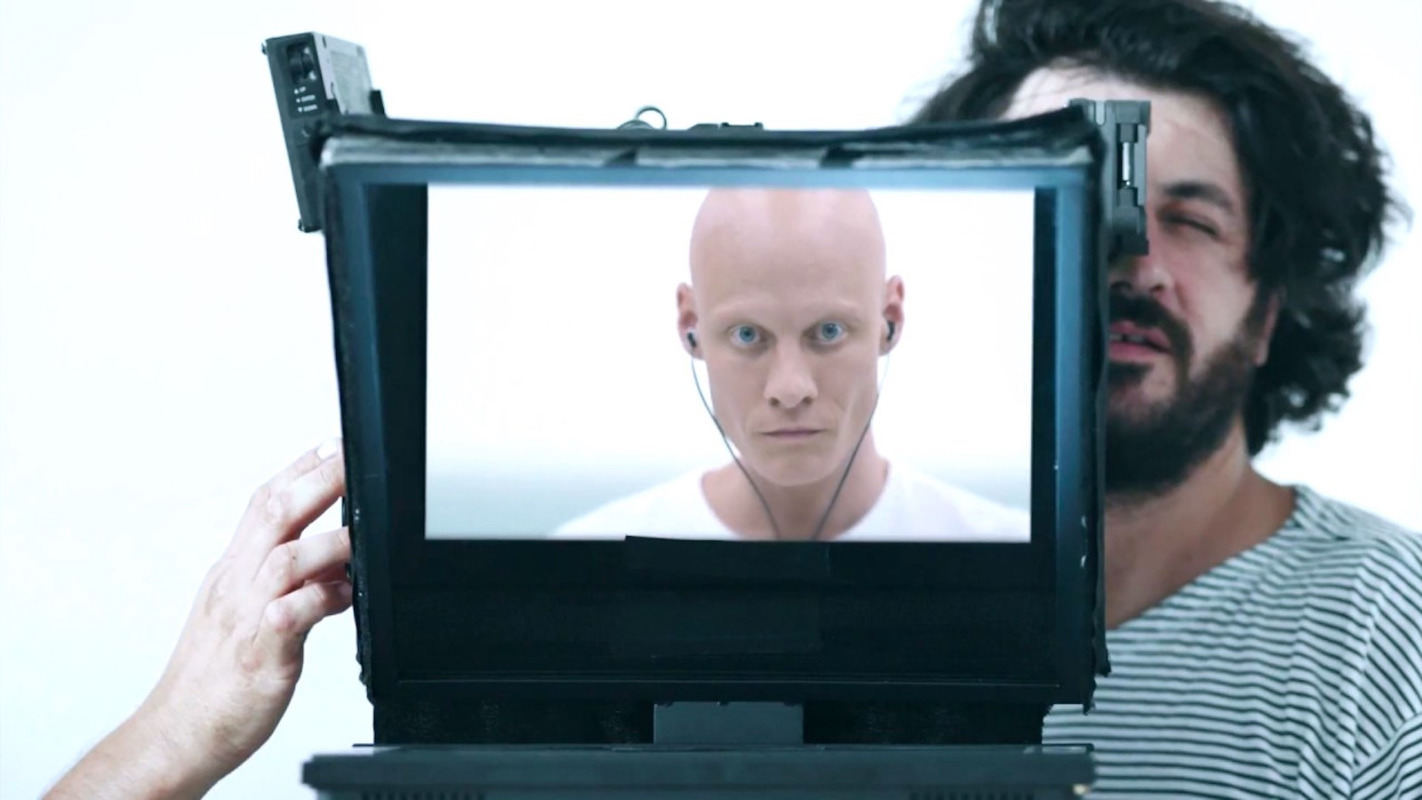 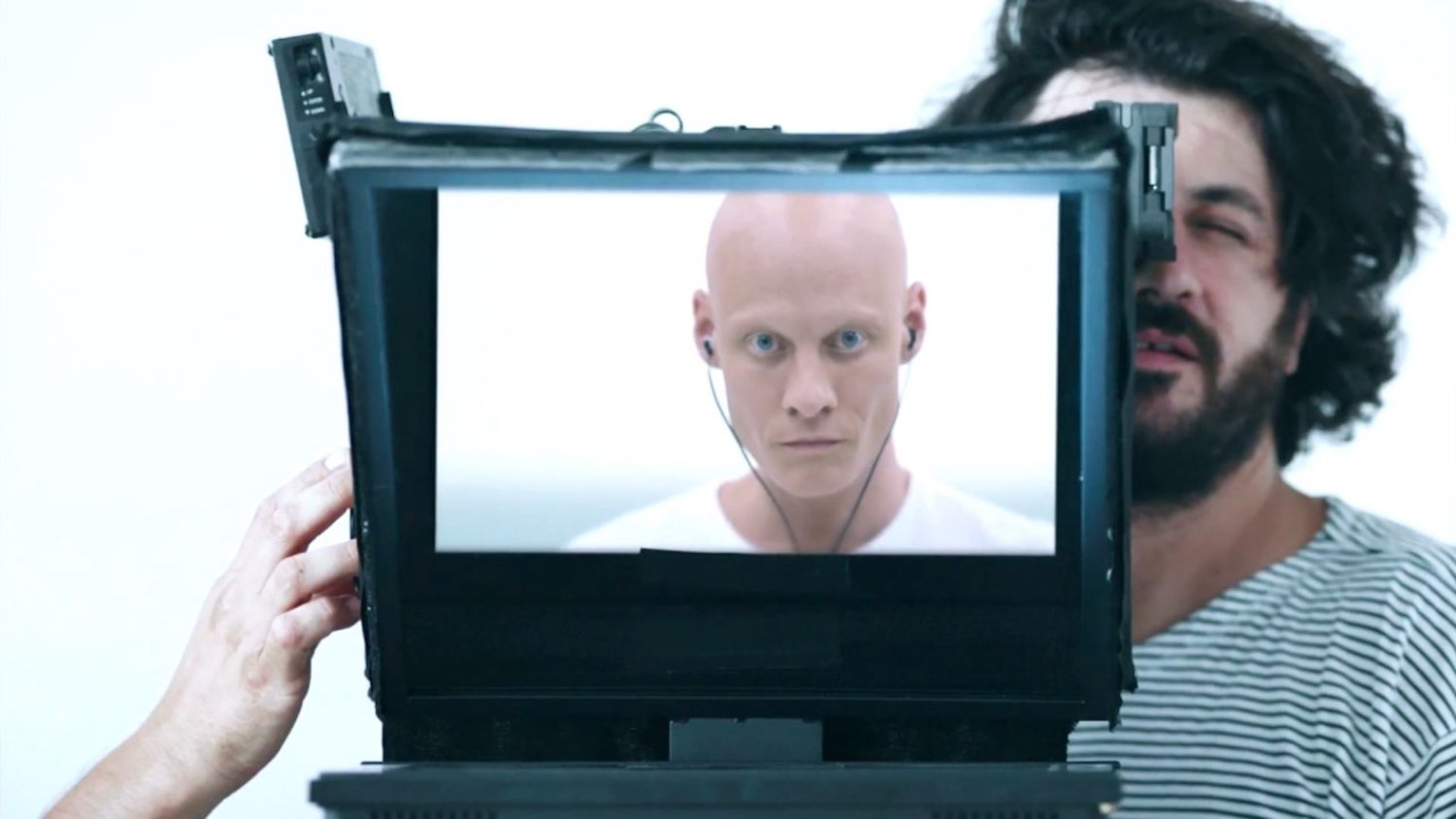 […] While the blending of fictional story telling with documentary interrogation is an interesting form, the demand for thorough coverage of the subject matter, thinking about intimacy in ways other than sexual or physical contact, has undermined the veracity of the experiment.

[…] The materiality of glass shot in abundance, facades of buildings, windows, doors, the camera lens, allow the scenes to be flooded with light, transparency, reflection and clinical voyeurism. This consistency lends the film a heightened tone that is in some senses like a repetitive dream, or nightmare if we are consonant with Laura’s enduring psychology.

Filmexplorer has edited the audio recording (here below) of the Q&A with Adina Pintilie at the Swiss premiere at the festival Visions du Réel 2018 in Nyon.

Filmmaker Adina Pintilie begins her exploration of intimacy in Touch Me Not by posing the question: “why haven’t you asked me what this film is about?” That Pintilie is glad the question was never asked, assures us that there are no firm answers or messages we need to take away from the film. Intimacy is an aspect of the human that is often misunderstood, a site where the potential for breakdown or potency of play and meaningful relations is possible. While this tension is for the most part well balanced in Pintilie’s investigation, which straddles both fictional and documentary styles, the failure of intimacy caused by a lack of sexual contact and touch, dominates if not moralises the film overall.

The film opens with a close up of a naked male body. The camera traverses his topography of hair, skin, bumps, crevices and genitalia - so close, but not close enough to touch. All visual registers of the work are embodied in this opening shot: the reigning palette of white-grey-blues and flesh, the smoky effects of bringing objects in and out of focus, the object stripped bare to its corporeal truth, a subject masking its raw emotional intelligence.

Slowly the struggle of the film’s protagonist Laura comes into focus, a middle-aged woman who has a severe problem with intimacy. We are invited to follow Laura between the hospital where her terminally ill father resides, and her equally sterile apartment. Here we meet a string of sex therapists including a transsexual (Hanna Hoffman) who offers Laura comfort, strip teases and classical music appreciation to interpret her issue, and the bearded Seani Love whose self-styled approach identifies Laura’s boundaries and coaches her to burst through them with her inner “rah”. During these sessions in Laura’s apartment we are made aware of Pintilie and her crew’s presence, and the active dialogue that positions Pintilie as another character, or ‘patient of intimacy’ in her study.

The strong role that therapy plays is both the film’s strength and weakness. The touch workshop that Laura observes at the hospital between differently abled persons and their carers provide some moving images that are often times confronting and too intimate to watch. The sacred? This starkly contrasts with the dimly lit dungeon, which groans orgiastically as each figure takes its pleasure. Bodies pulse together, flesh stacked, clad, suspended, whipped, held, bit and licked. The profane. Are we to understand that Laura’s life amidst the heavenly, unsoiled white is where human suffering, loneliness and fear resides, while participating in the freeness of alternative sexuality in shared body fluids of a BDSM club is enlightenment? It’s not obvious, but the therapy sessions and interviews demonstrate that Pintilie does not simply reverse the representation of this Christian dichotomy. Experience cannot be easily categorised into two worlds where one is better or worse than the other. Bayerlein, who is highly abled in mind and desire rather than body, confirms this blurring of states when he shares that “there is no good or bad, only the experience.” Hanna Hoffman also embraces this difference and value-free approach to intimacy when she tells Laura there is “nothing weird” in sexuality, only interactions that are “dangerous”.

In this sense, Touch Me Not fails to explore the full contours of the phenomenon. The fictional aspects of the film strangle the truth, the kind of truth that a documentarian looks for and only finds in the messiness and contradiction of actual experience. While Laura expertly improvises with her character’s profile when encountering the sex workers, we are presented with an inviolable, absolutist principle that a person without intimacy has an abnormal relationship to their bodies, sexuality and the other. To have thought otherwise would have been problematic for Pintilie on the fictional side of things, for the film heavily relies upon Laura’s pathology and a fixed, inescapable logic: trauma involving her father entails a life of problems with intimacy. While the blending of fictional story telling with documentary interrogation is an interesting form, the demand for thorough coverage of the subject matter, thinking about intimacy in ways other than sexual or physical contact, has undermined the veracity of the experiment.

We can be extremely thankful that the story and research did not prioritise social media platforms and new technologies where contemporary intimacy prevails. Refreshingly, we are provided powerful shots of the camera, clunky and steam-punkish in its oddness with the whole apparatus of filming made transparent. The absence of these platforms and devices could well be a subtle criticism of this mode of connection where bodies are often an afterthought. The only question is whether the film ignores millennials’ sexuality.... Then again, this could be read as a brave and clever resistance on Pintilie’s behalf.

The production design (Adrian Criste) and direction of photography (George Chiper-Lillemark) are definite highlights in their minimalist and visceral sensibility. The slender framing of particular shots places our observation within sharp, clean lines and borders of windows and doorways. This distantiating quality echoes the vast space that Laura and Tómas sustain between themselves and others. The materiality of glass shot in abundance, facades of buildings, windows, doors, the camera lens, allow the scenes to be flooded with light, transparency, reflection and clinical voyeurism. This consistency lends the film a heightened tone that is in some senses like a repetitive dream, or nightmare if we are consonant with Laura’s enduring psychology. The sound is deeply connected to her world; the rumblings of an inner “rah” manifest in the repeated motif of a vocal scream that rips into the otherwise sparse aural space.

Touch Me Not ultimately fails to reach deeply enough into the experience of intimacy, arguably caused by the blending of two filmic styles. Nevertheless, there are powerful moments, and integrity, from Pintilie that prevents her from gratuitously touching the theme, suggesting that the task itself, to be intimate with intimacy and show it, is an ontological impossibility.

[…] The images do not illustrate or convey ideas or meanings that would be organized ... 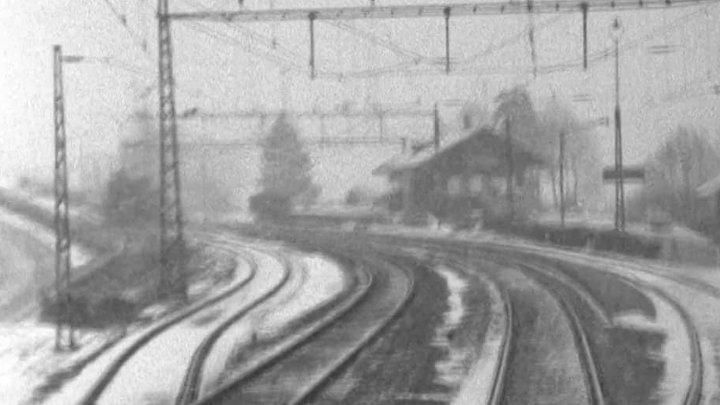 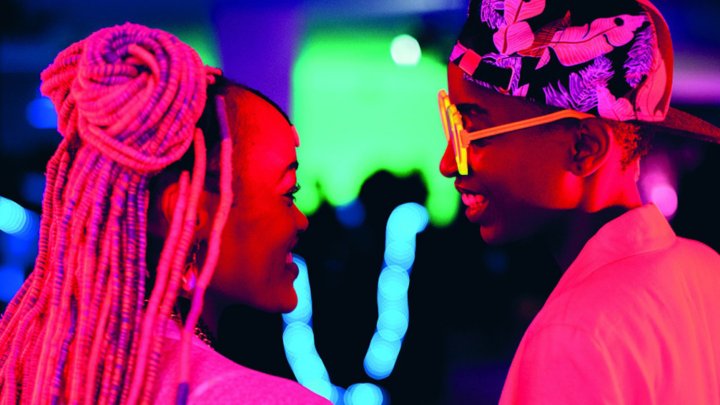 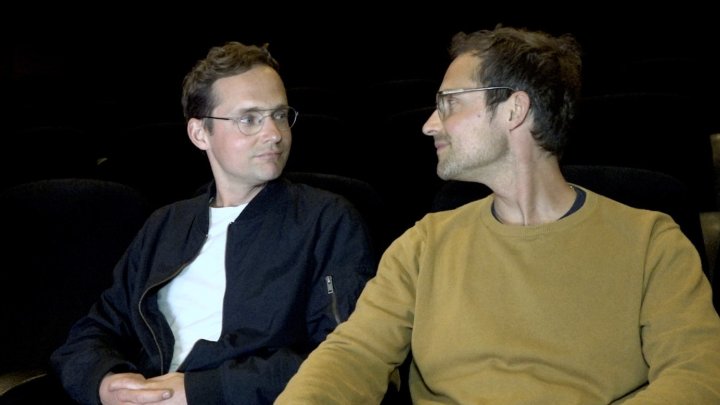