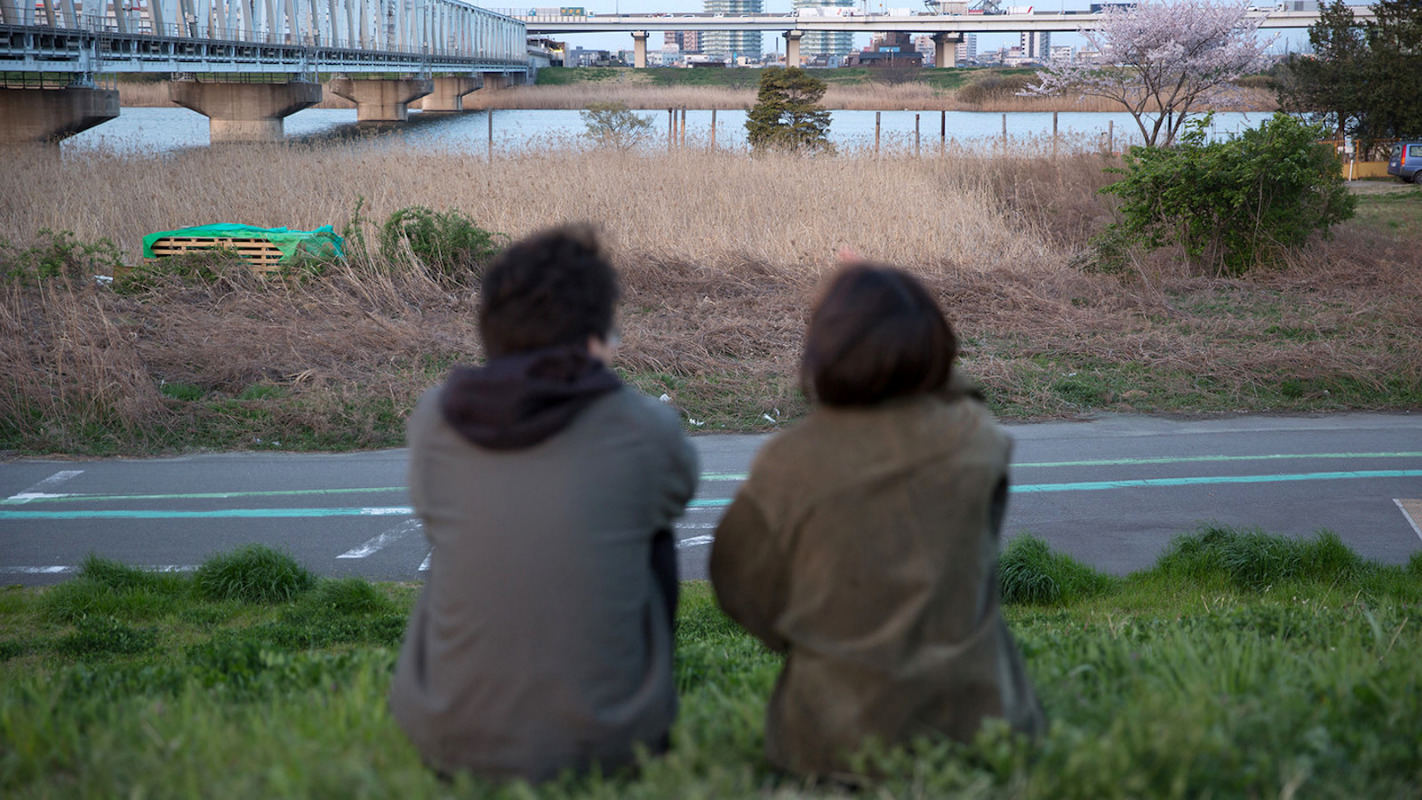 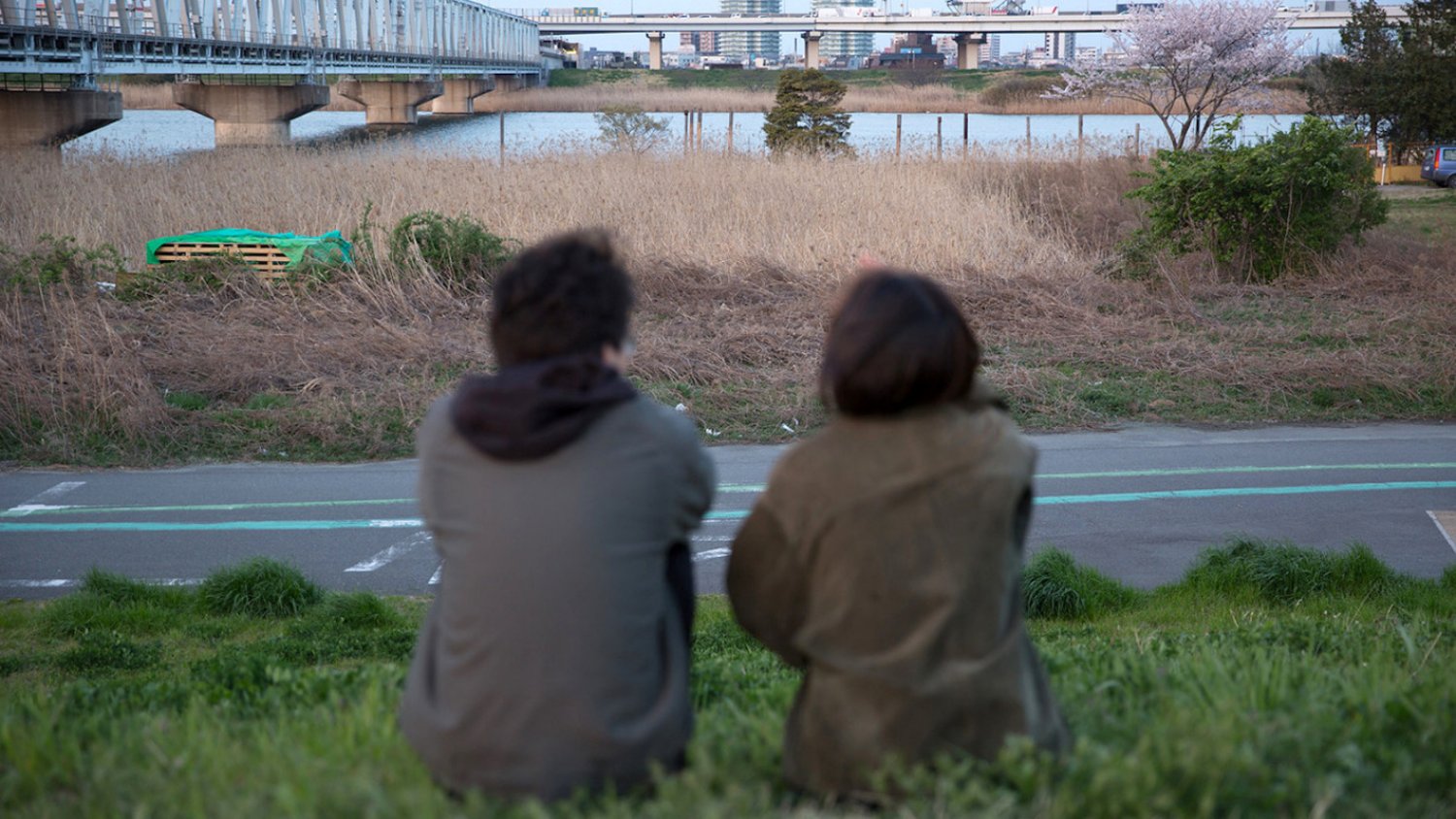 […] More than opacity, here, Tanaka expresses a formal complication – or implication – where the single work is just a piece of an exhibition that shows only one complex and multimedia artwork.

[…] Therefore, there is no film-specificity of the videos present in the exhibition but an installation-specificity, where the formal opacity of each medium contributes to express the difficult situation that he wants to focus on. 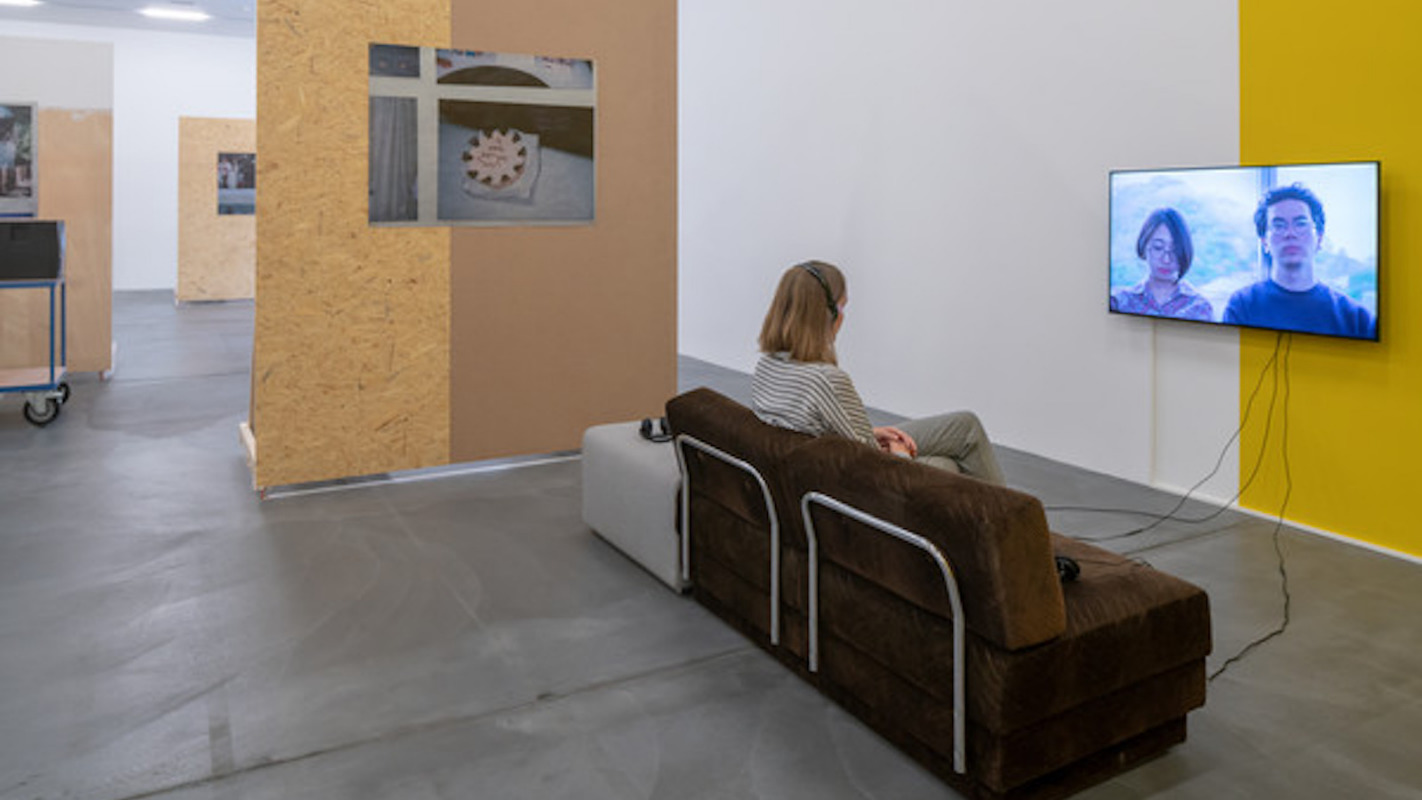 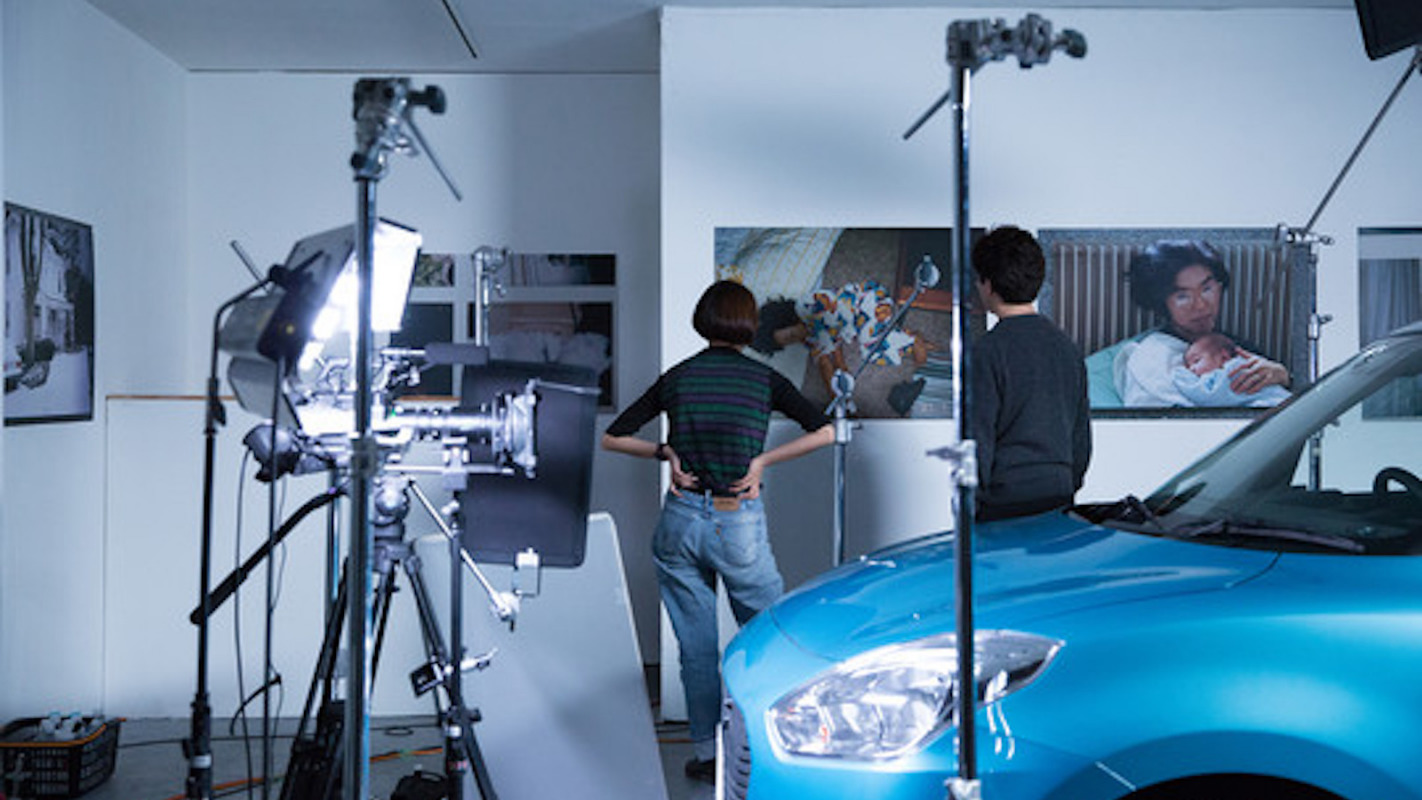 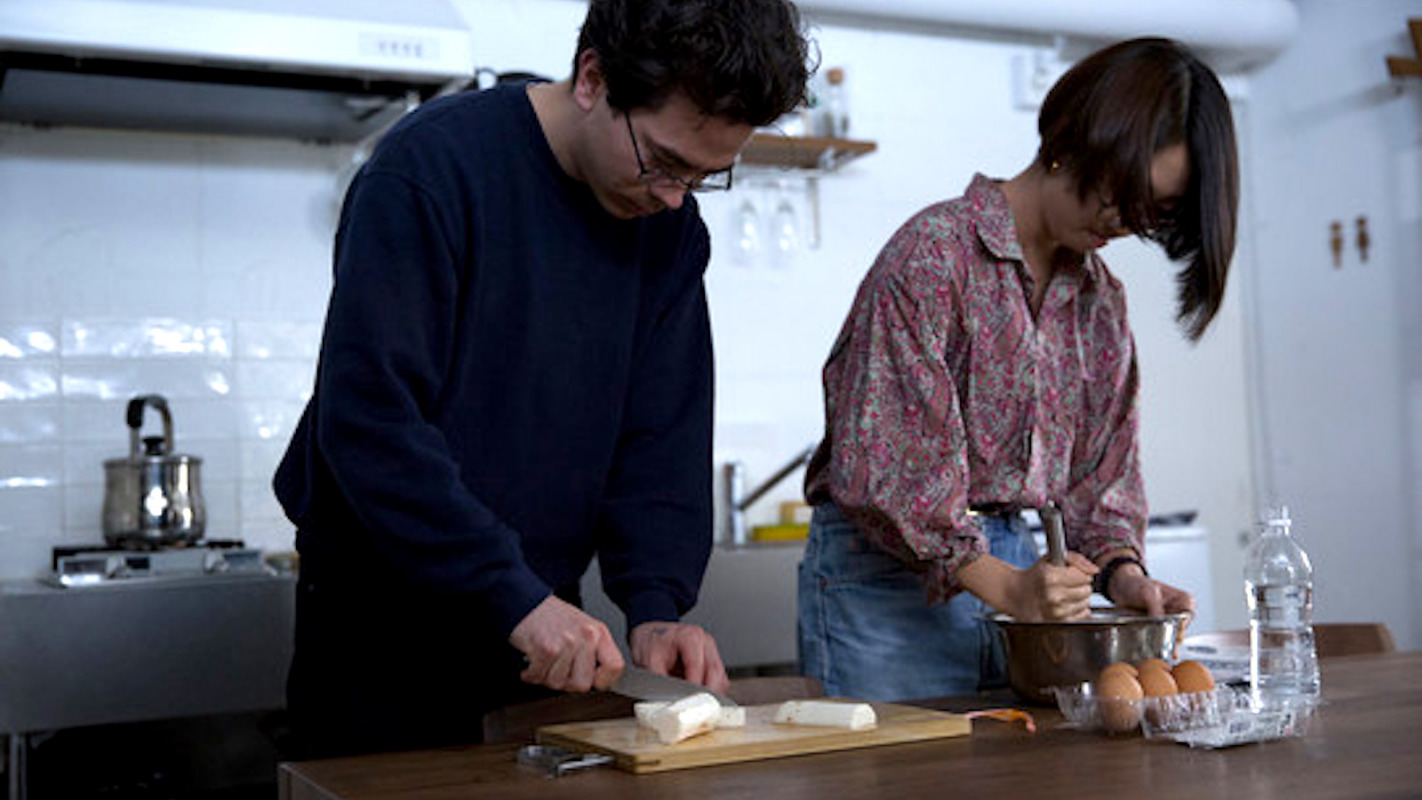 In the first large room of the Migros Museum für Gegenwartskunst in Zurich we come across heavy installations of paper-printed photographs. In each photo we see other photos, installed photos. Despite their apparent low quality, the works attract our attention precisely due to the effect of distance we get through them, and also the reflective twist that appears through the different layers of presentation. A certain formal opacity defines the entire “journey” that Koki Tanaka has organised in the Museum.

Long letters between the two protagonists, who try to explain their biographies in order to prepare their first meeting, constitute the following step of the “journey”. We can read the printed letters hanging on the wall and/or hear them through headphones connected to a video showing their meeting and their daily life together. We then pass from the multi-layered images of the photographic installations to the multi-layered media conveying the same message. More than opacity, here, Tanaka expresses a formal complication – or implication – where the single work is just a piece of an exhibition that shows only one complex and multimedia artwork.

This ambitious formal choice by Tanaka is fully legitimised by the particular subject of his work, which is also the result of largely documentary research: the complex identities of people that have experienced a personal and familiar past of displacement, migration, and minority. Through three generations, Woohi Chung and Christian Hofer have accumulated, respectively, (North and South) Korean, Japanese and American identities, and Japanese, American and Swiss identities. Therefore, they also are multi-layered; the form and content of the exhibition are perfectly matched, giving it great strength and impact.

Yet, Woohi’s and Christian’s familiar histories, though equally dramatic in the past, seem to speak different languages today. Whereas Christian perceives his multiple identity as lending a richness to his life (et-et model of multiplicity) – and looks at his future imagining living in another country, in Germany – Woohi deems her identity question to be a burden, as she cannot state that she belongs neither to the Korean nor the Japanese culture (nec-nec model of multiplicity). As she belongs to the Zainichi community – Koreans resident in Japan since the Japanese occupation of Korea (between 1910 and 1945), today comprising 500.000 people – Woohi has lost her connection to Korea (both North and South), due to the forced “japanisation” of the Zainichi, a people who have been unable to fully integrate into the Japanese society which has always discriminated against them.

Woohi and Christian’s meeting occurs in Japan, for this country constitutes the problematic and thus exemplary junction of their multiple identities issue. The exhibition informs us about contemporary Japan, where anti-discrimination laws and the resurgence of anti-Zainichi groups coexist in a dramatic fashion. For Tanaka this is the occasion to focus on the current phenomenon of a worldwide emergence of nationalist- and populist-based hatred against minorities, which is fuelled by the hate speech of influent political leaders. The historical, biographical and personal layers are complemented thus by an informative juridical layer, because in the exhibition we discover the existence of official dispositions against hate demonstrations and resolutions against hate speech in Japan, and also of the “Rabat Plan of Action on the prohibition of advocacy of national, racial or religious hatred that constitutes incitement to discrimination, hostility or violence” promoted by the Office of the United Nations High Commissioner for Human Rights (OHOCR) since 2011/2012. Good news, but also bad news – at least concerning the effectiveness of these initiatives, if we think of how hatred against minority populaces has escalated anyway during these last years.

What is the role of the moving images in this exhibition of multi-layered forms and multi-layered contents? If we isolated the single videos and reflected on their filmic value, we would be probably disappointed. Tanaka clearly does not seek out an attention catching narrative or the beauty of the shot, and the two protagonists are often asked to act even if they haven't any competency of acting. One has the impression that, once again, Tanaka wanted to achieve a sort of formal opacity in his single pieces, videos included. It is as if he does not want us to be distracted by the single pieces but remain focused on the entire exhibition that works only as a whole. Therefore, there is no film-specificity of the videos present in the exhibition but an installation-specificity, where the formal opacity of each medium contributes to express the difficult situation that he wants to focus on. With a peculiar coherence, the vulnerability of the title, Vulnerable Histories, speaks also for the different media used. The videos are vulnerable; this is their strength.

[…] He creates a post-apocalyptic world, made up of the remains of a society – a world that ... 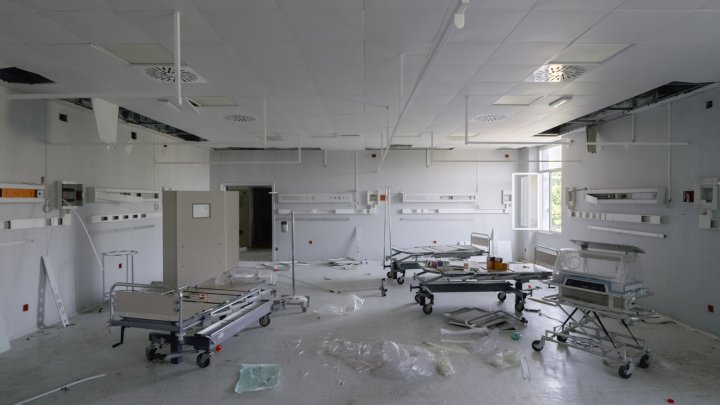 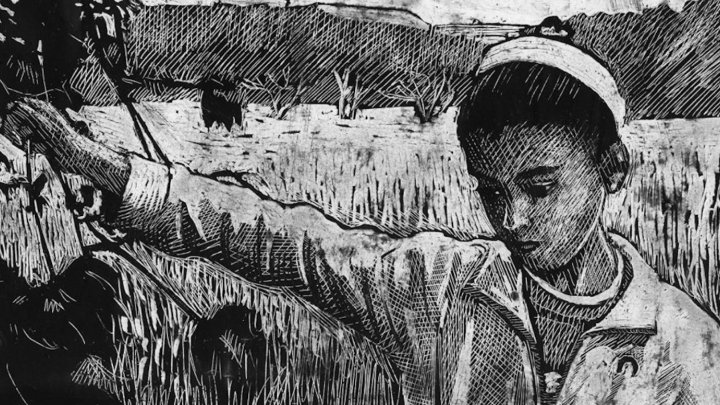 […] Moreover, childhood is used to sublimize the earthly world into the epic and fabulous. ... 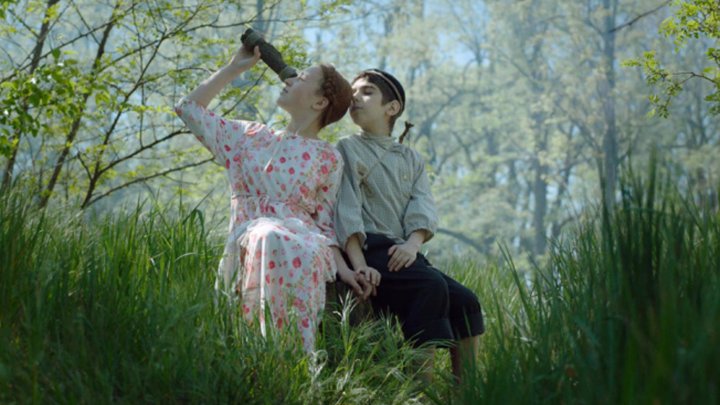