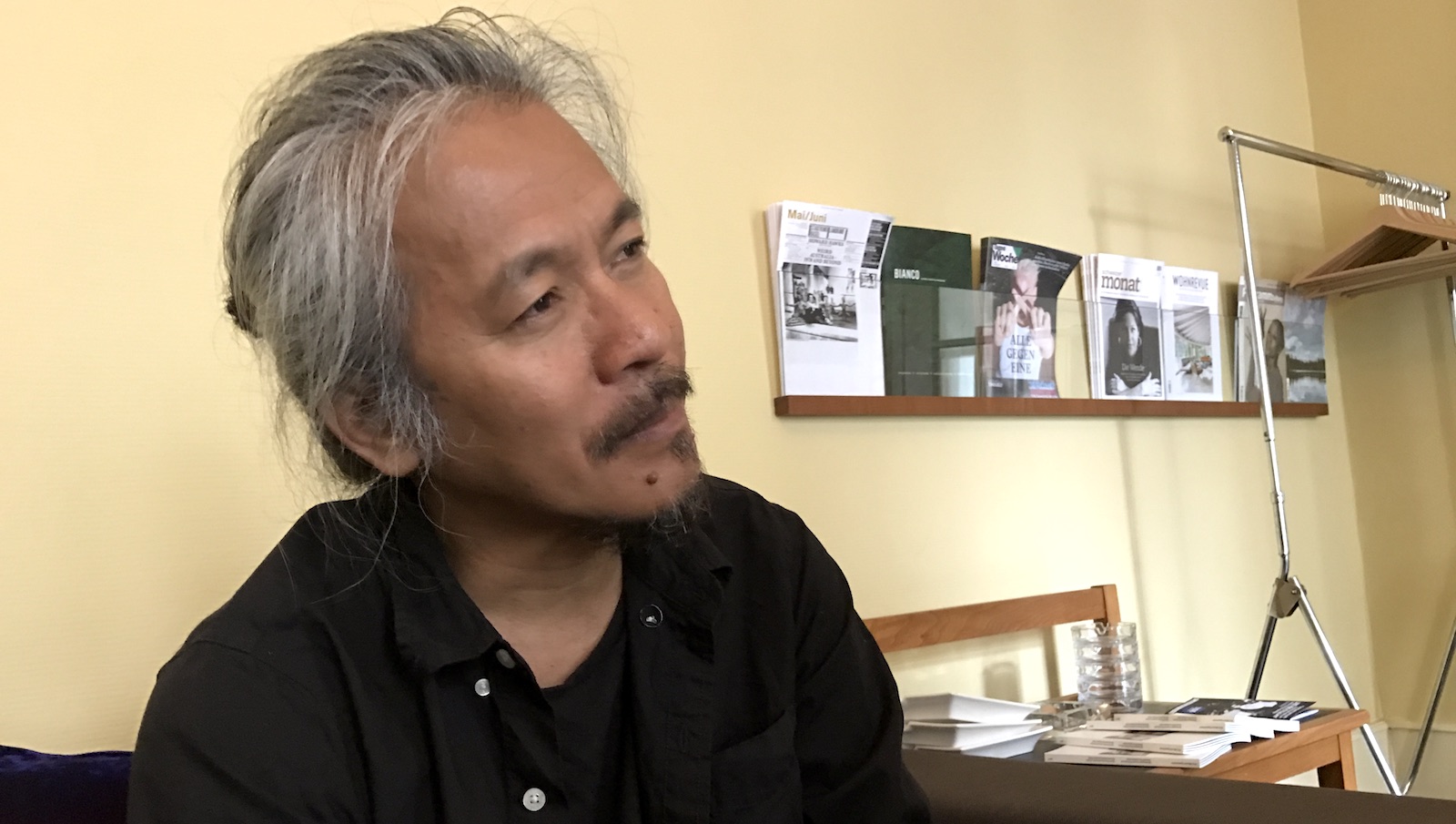 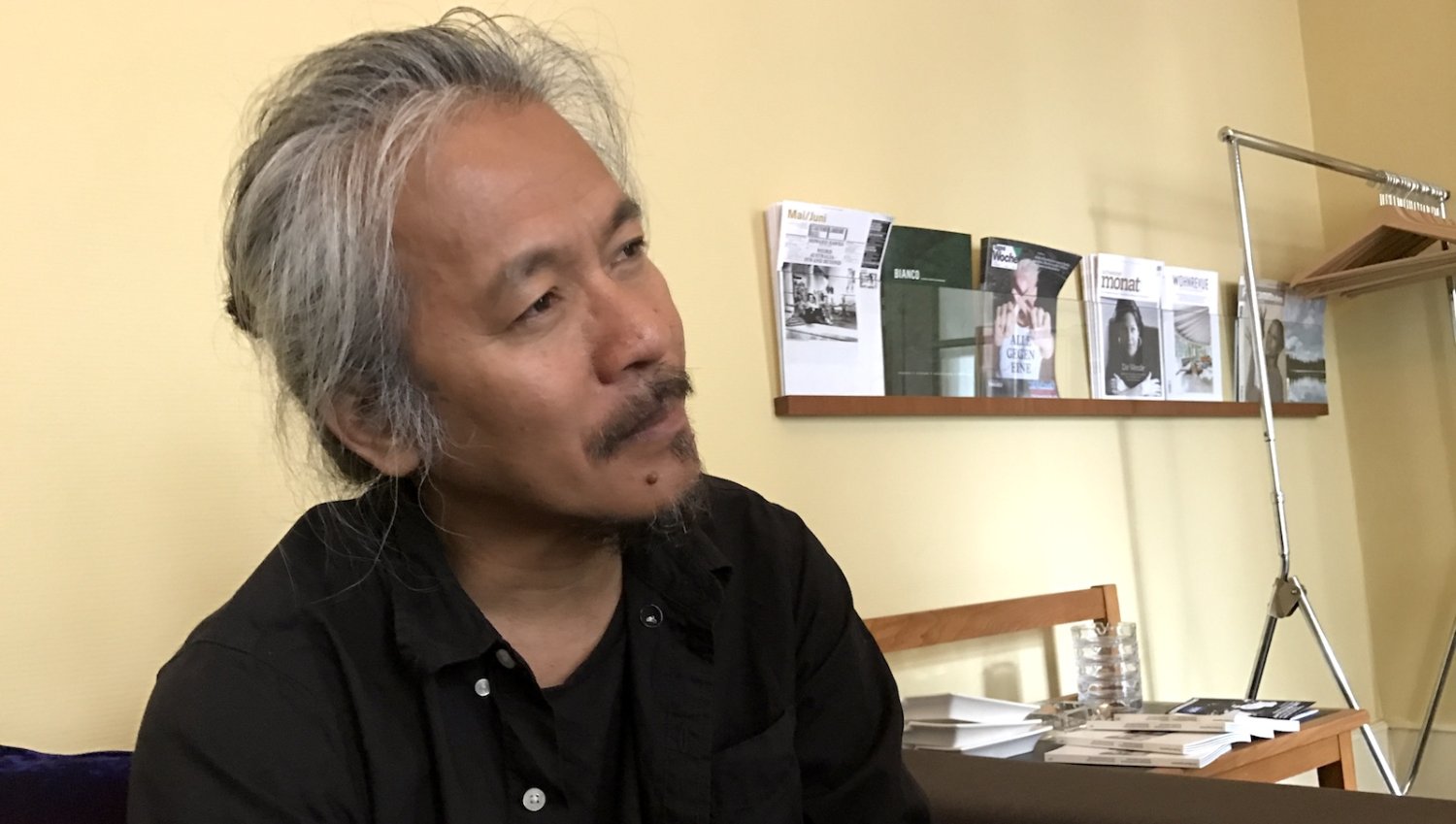 Filmexplorer had the chance to meet Lav Diaz, jury member of the Bildrausch festival, in Basel. Jean Perret, director of the cinema department of the HEAD Genève, led an extraordinary interview (with many references to Death in the Land of Encantos, 2007), discussing Diaz’ political engagement, his freedom from the production system, his process of filmmaking, his formative childhood, about the importance of the silence in movies, the relationship between the script and an intuitive attitude while shooting, and about life as a non-violent struggle.

[…] With a Fassbinderian lucidity, showing the logic of power and dominance, Lav Diaz is also able to shed light on people’s genuine humanity, which emerges as strongly as it is plunged into the desolation of poverty. In a way, this humanist credo is Diaz’ most effective manifesto in his urgent antifascist agenda.

[…] Lav Diaz approaches the singular moments of his dramaturgy as if they were beings that need time to unfold: the camera continues to record without cutting, just as we would never cut a song or a piece of music. 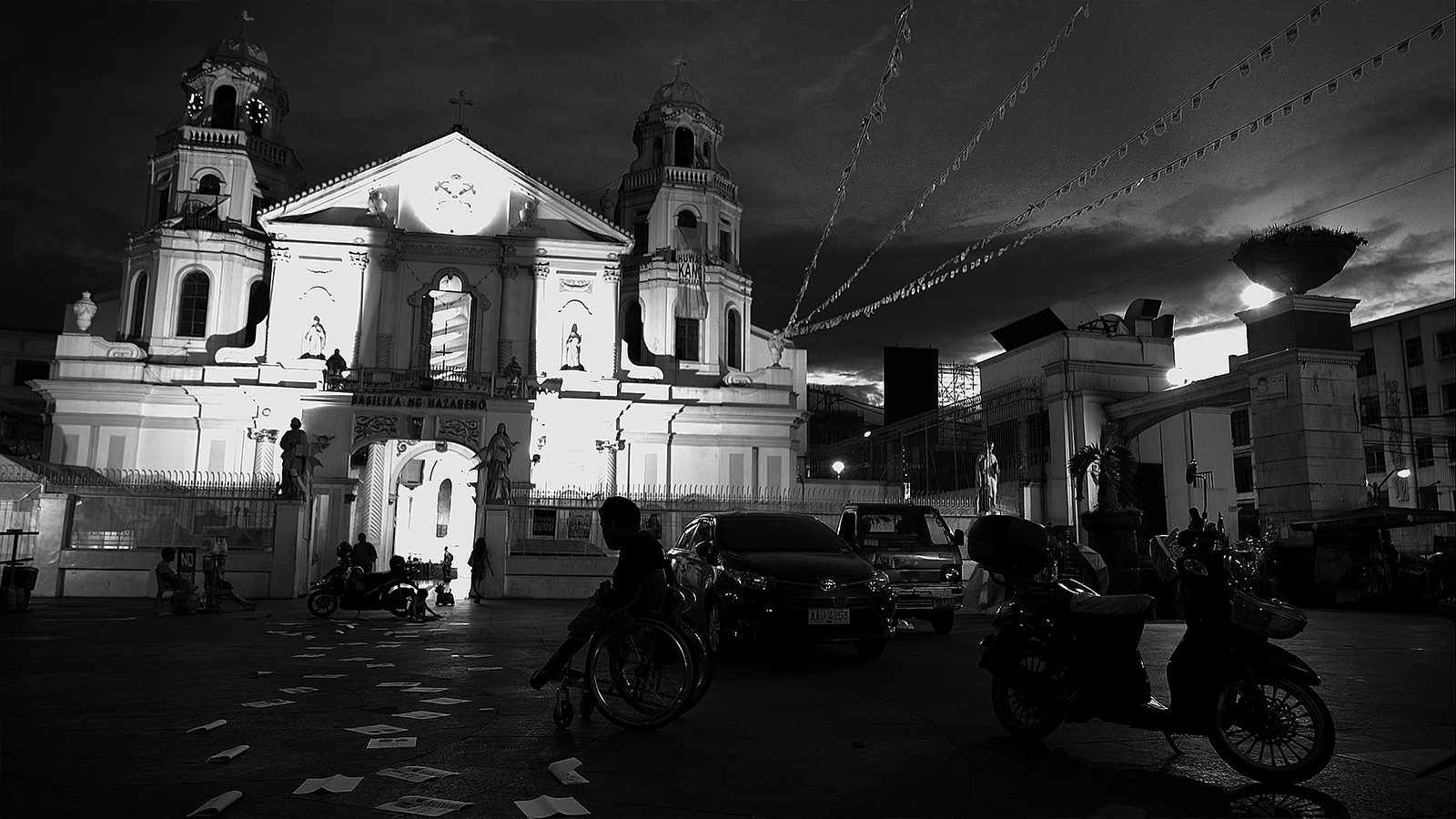 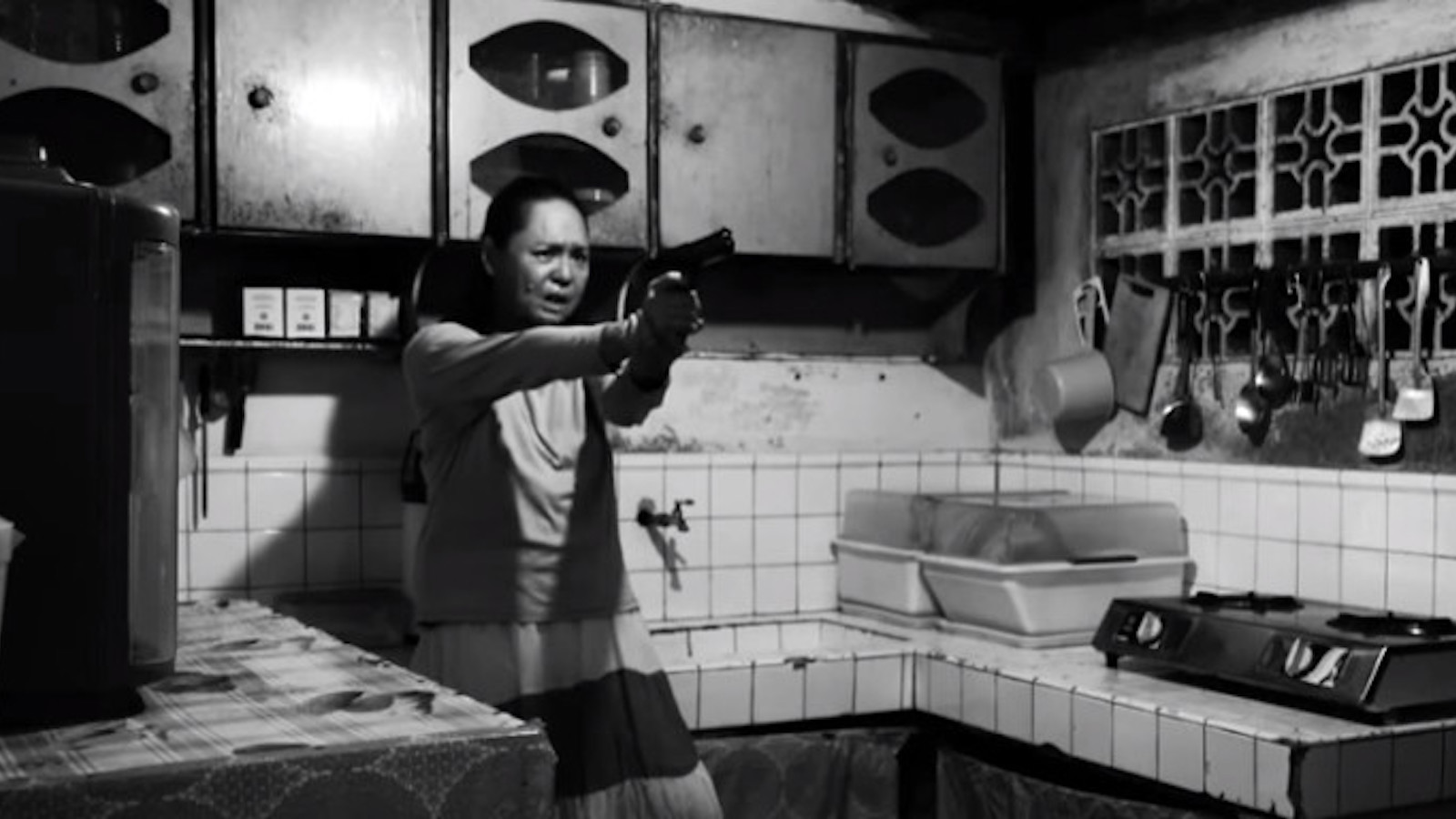 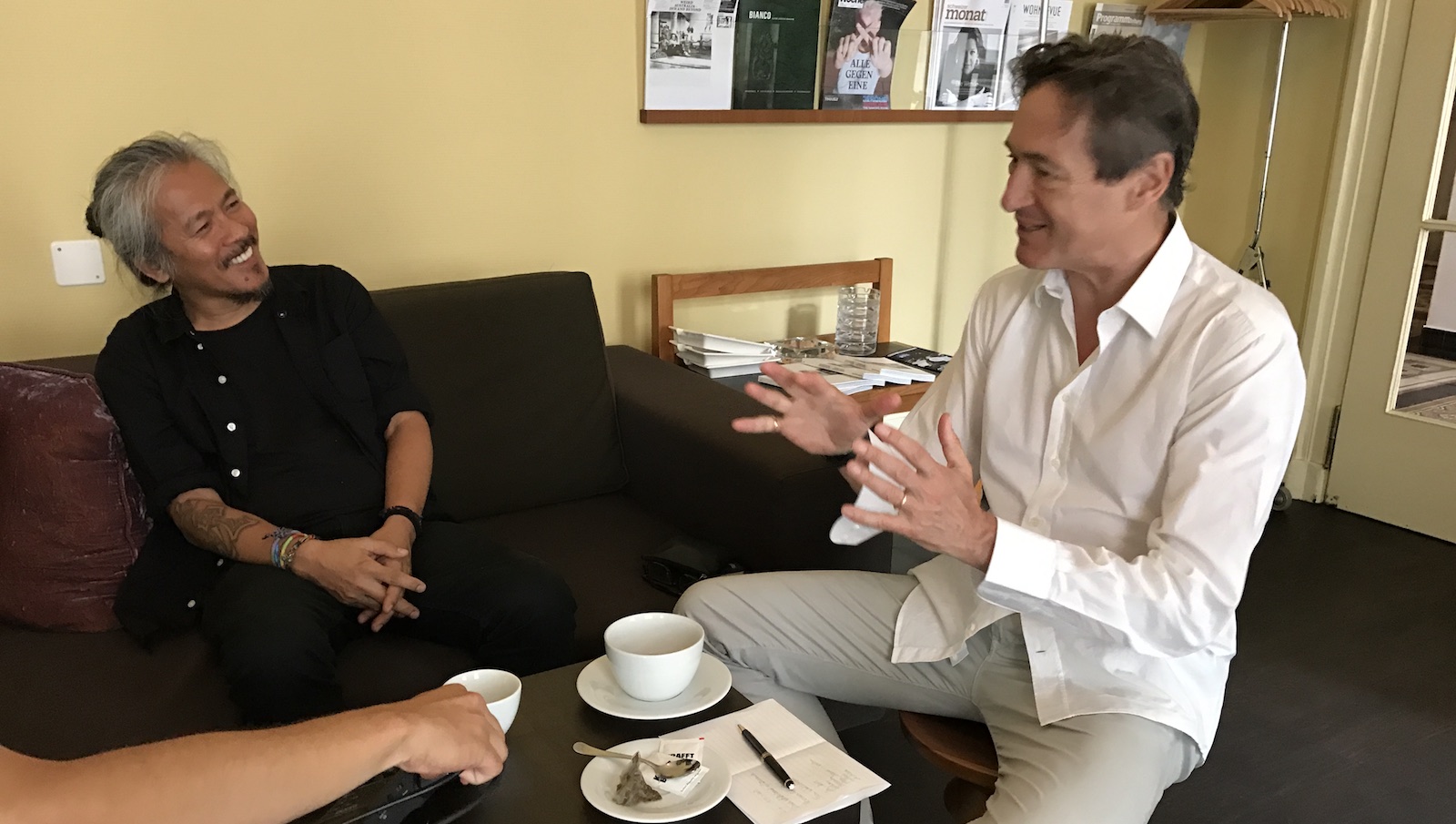 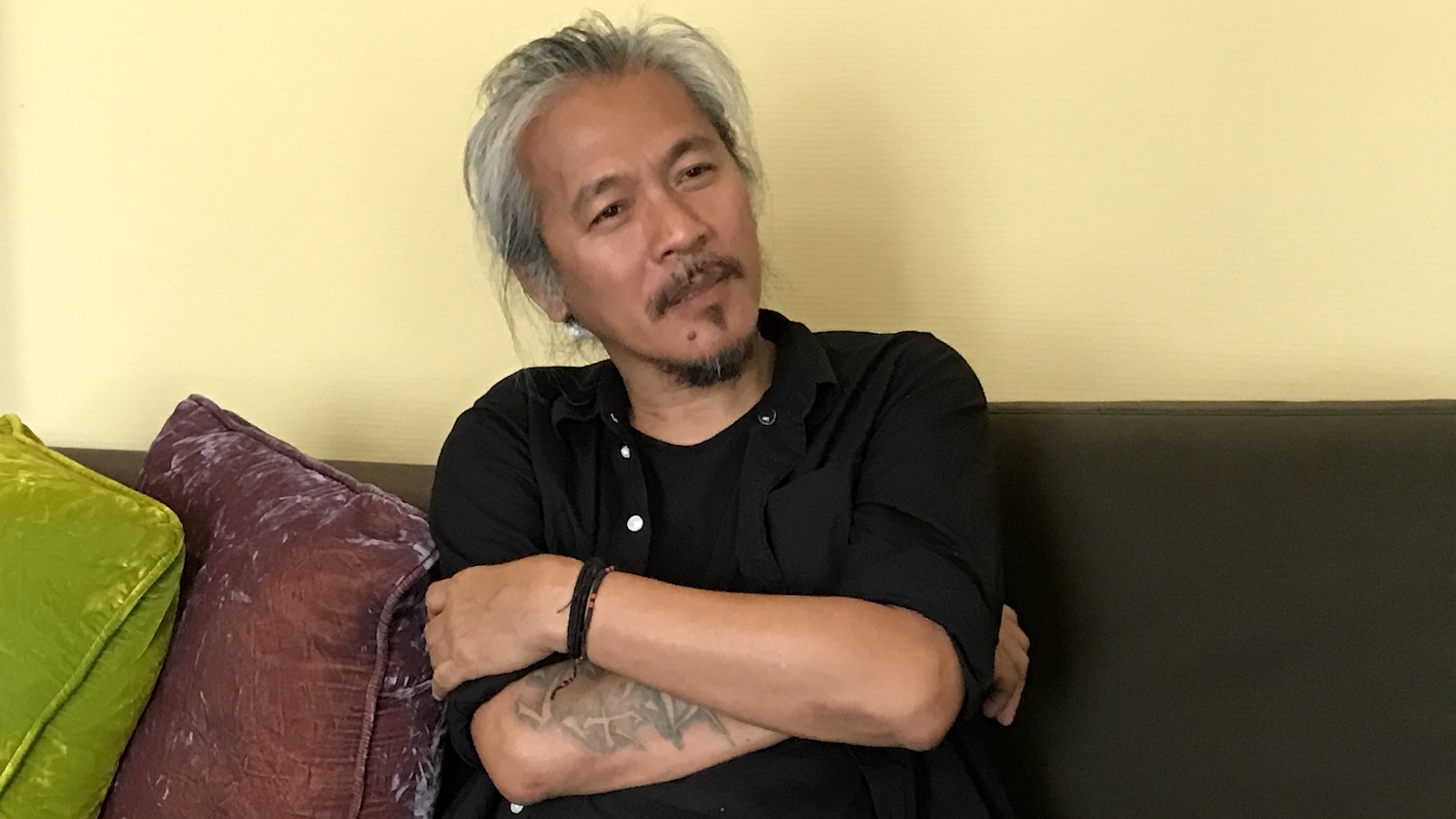 At this year’s Bildrausch Filmfest in Basel, Lav Diaz was on the jury for the international film competition. This also provided the occasion to screen his latest cinematic work, The Woman Who Left, which is inspired by a novel by Leo Tolstoy (God sees the truth, but wait) and which won the Leone d’oro last year in Venice. During the nearly four-hour-long film, we follow the story of a woman who is released from jail after being incarcerated for thirty years when her innocence has finally been discovered. The impossibility of recovering a wasted life makes her turn to the past and contrive a desperate plan for revenge. Trying to remain anonymous, she blends into the lowest social class, where she can continue to exercise her humanist solidarity just as she did during her many years in jail.

Even if she is embodying the accusatory cry against the evils of an unjust society, she is also a complex character and not exactly a hero as she happens to manipulate the poor people she meets in order to serve her murderous plans, forgetting that she should also take care of her two sons. The cruel living conditions we witness – through images with a documentary flavour – let a rage grow inside us as well and the moral questions regarding her means are overcome by an almost existential need for justice, which we share entirely with the protagonist. The Woman Who Left is a dark story that explicitly denounces the barbarity of oppression and abuse of power. With a Fassbinderian lucidity, showing the logic of power and dominance, Lav Diaz is also able to shed light on people’s genuine humanity, which emerges as strongly as it is plunged into the desolation of poverty. In a way, this humanist credo is Diaz’ most effective manifesto in his urgent antifascist agenda.

The long night sequences in the film convey the darkness of the story but they are also able to communicate the pure beauty, through its splendid and slightly expressionist black-and-white photography. Diaz works in a very simple way, carefully choosing every frame in which the action will slowly take place. The composition of each image is rich and inspiring; the story emerges from the force of the imagery, even if the texts play an equally important role. This is why it is so important that we actually take the time to inhabit and absorb the images. The length of the sequences – which are very far from the Hollywoodian canon… – is justified through the force of the images. The nearly four hours of film is not long at all, nor does it create any epic dimension but it exists rather in the dimension of reality itself.

As with many other movies by Lav Diaz, the experience of the time we spend watching the film speaks of nothing but the “organicity” of his cinema: the actions and deeds need to breath in the environment, the incredibly detailed work on the images requires a certain amount of time for us to discover them. Lav Diaz approaches the singular moments of his dramaturgy as if they were beings that need time to unfold: the camera continues to record without cutting, just as we would never cut a song or a piece of music. In this way we have the impression that we are somehow even more present as spectators: we search for clues in the images and in the story with the same interrogating attitude as that of film itself. We are given the impression that we are participating in one common exploration, which will build a story that could be told only in the end.

In The Woman Who Left, the storytelling does not only form the basic principle for the film’s architecture but it is also one of the main themes in the film. The woman is an extraordinary storyteller herself and we see her telling a story of sorrow and hope at the beginning of the film, when she is in jail, and at the end, when she leaves the company of the “olvidados” (just to hint at Buñuel’s mexican films) when she shared the drama of the daily struggle for life. This specific storytelling in the film draws a circular line for Diaz’ storytelling, which remains open insofar as our (almost) hero is destined to wander through Manila in search of her lost child. This openness at the end of the film can also be meaningful for Diaz’ “explorative” cinema: without the prejudices of any school, he has developed a style in which the cinematic form is in perfect harmony with the subject of the script and with the reality that he discovers at the same time.

[...] What manifests is therefore some kind of dream vision. Figures enter and observe various ... 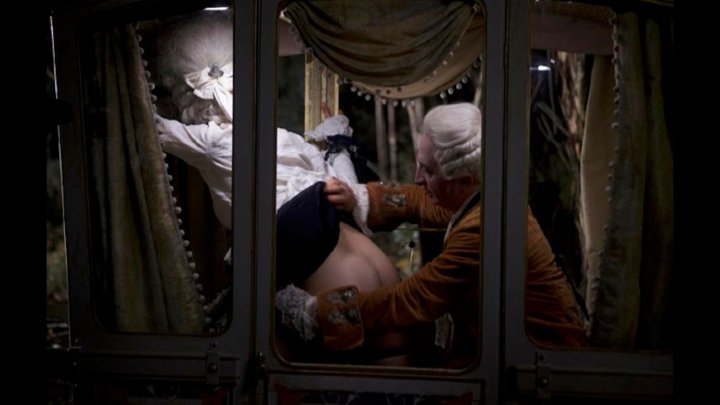 […] While the film centres upon the experience of Alice’s trauma, the result of her ... 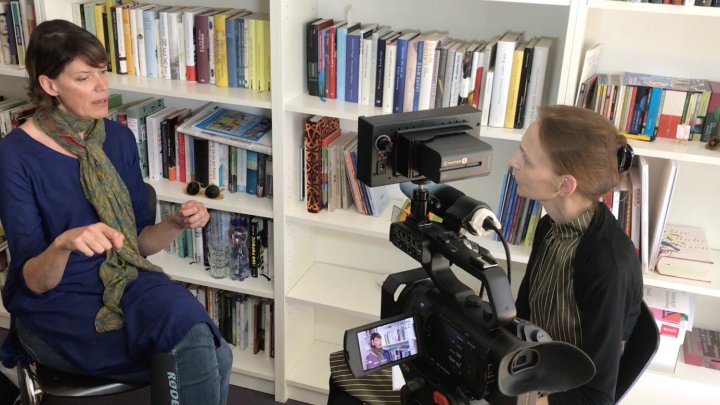