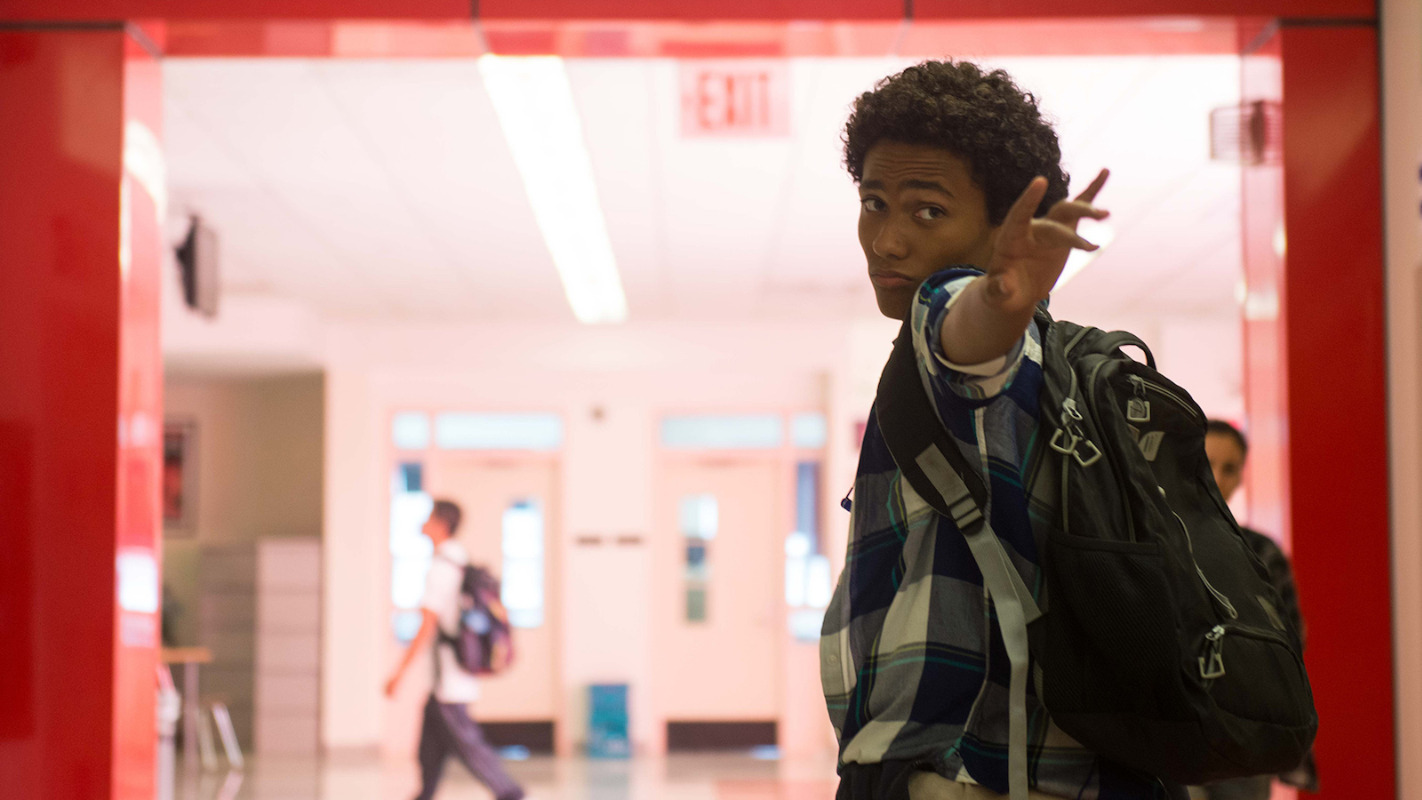 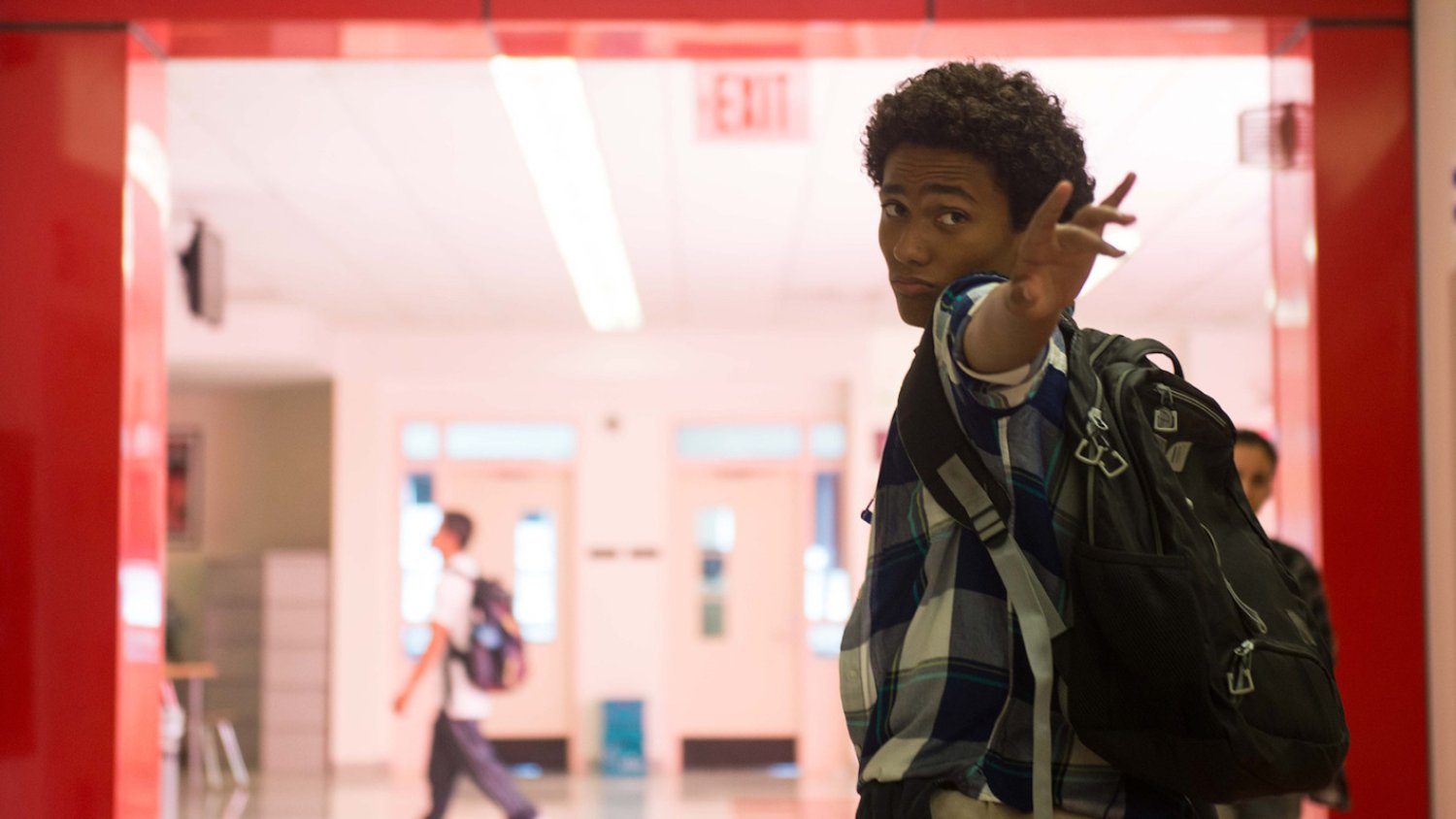 […] There is a sense that «Saturday Church» may have benefitted from being a stage production if its desire is to be a musical, and would have been a stronger piece of filmmaking without the musical interruptions.

[…] In name sake, Ulysses is indeed on a journey. It is one of sadness, trepidation, lip stick and newly felt excitement.

[…] Clearly, there is no harsh view of religion in Cardasis’ work, but more a depiction of closed minds and hearts hiding behind interpretations of the Bible.

[…] While two “New Yorks” are offered to mark the contrast in Ulysses’ life, the gentleness is never effaced. We are given the impression that street life is not so brutal or desperate, far from the realities of sleeping rough.

The musical is a difficult genre for filmmakers. Most musicals rely upon an “integrated” structure for the music, movement, singing, and dramatic content to achieve a harmonious relationship. Saturday Church, directed, written, and produced by Damon Cardasis, does not step away from this orthodox approach, but is unable to find the right balance between these elements to deliver a memorable musical, or film. Unfortunately, they take away from each other in equal measure.

While the story, the performances by the cast, and the dance sequences are well-executed dedications to many young LGBTI people who come out amidst difficult familial and cultural circumstances, the moment we “drop” into song and/or dance out of the storytelling, the film fails to maintain a comfortable flow. There is a sense that Saturday Church may have benefitted from being a stage production if its desire was to be a musical, and it would have been a stronger piece of filmmaking without the musical interruptions.

The movement from the everyday to fantasy is not convincingly established. The only exception is the first dance number in the locker room, where a 14-year old Ulysses (Luka Kain) slips into a dance to stave off the trauma of an incident of bullying. There is a shift from the harsh reality of this moment (his gym clothes now soaked in the urine of several boys) to a jazzy group dance, where these same bodies that are responsible for Ulysses’ daily persecution now hold him high, framing, supporting, and venerating him. The camera in this scene captures the spinning and roundness of limbs levering their bodies up and down within the narrowly contained space, while locker doors become vertical surfaces for their footfalls. But later, in a second larger dance scene in a homeless shelter, the camera fails to follow the “shock and release” of the dancers’ larger movement patterns, nor the intricacy of their sweeping “pathways” as they drift and are dragged by the human tidal flow. This may be due to the necessity of focusing on Ulysses, who sings to us in frame, thus compromising the full feeling, extension and pattern of the movement.

In namesake, Ulysses is indeed on a journey: one of sadness, trepidation, lipstick and newly felt excitement. Having just lost his father, and now in the care of his devoutly religious aunt and over-worked mother, he can no longer supress the need to touch and wear women’s clothing: an act that is punishable and/or curable in the eyes of his family. This unbreachable chasm causes misunderstanding in every aspect of his life and he finds himself on the streets thirsty for like-minded individuals. He is embraced by three transgender working girls and a young gay man, meeting regularly at the church-run program “Saturday night”: a safe-haven for street workers and homeless people.

Ulysses’ strict catholic background brings with it a moral compass that frowns on the desires of this young transgender individual, but it also introduces the imagery of positive symbols of the church into the film (the Madonna and Christ’s face in stained glass and the shiny gold of crosses and goblets) as well as acts of charity – something the social justice arm of religion provides better than any other institution. The face of Ulysses is shown to be as pure and innocent as those of a saint or martyr. The whiteness of daylight bordering his striking angular face in earlier scenes is eventually replaced by images of his delicate hands in gestural poses of the dance style “vogueing”. Clearly, there is no harsh view of religion in Cardasis’ work, but it is more a depiction of closed minds and hearts that are hiding behind their interpretations of the Bible.

New York is depicted in a gentle way. The locations where Ulysses will later arrive on the pier and visit the Saturday Church for the first time are well-groomed, safe middle-class neighbourhoods. They lack the dynamism and danger that are often trademark depictions of the city. Such a choice offers a stark contrast to the locations filmed during Ulysses’ time with his new friends: grotty alleys, neon-lit streets half under construction, the grime of the subway. While two “New Yorks” are offered to mark the contrast in Ulysses’ life, the gentleness is never effaced. We are given the impression that street life is not so brutal or desperate, which is far from the reality of sleeping rough. This seems to be another problem of musical integration: the dramatic content (monologues of a hard life) not being supported by the outburst of song, moody lighting, and background figures spinning into action. Working to ensure that we understand the awfulness of Ulysses’ situation, Cardasis has him fall quickly into prostitution after only two nights on the street. As seedy and sad as this moment is, the whole scenario shallows the plot and weakens his character, driving out any complexity that we were able to derive from Kain’s saddened face and iconic look.

Despite the film’s flaws, it never strays from paying homage to the transgender community of the real Saturday Church; it also provides some insight into the issues faced by outcast LGBTI people. Since Paris is Burning (1990) I had not seen raw footage of cat-walking and vogueing that was unappropriated from its scene. The meaning of the dance throughout the film is constituted in relation to its original context, which enables us to understand the significance of vogueing for Ulysses’ metamorphosis into transgenderism. 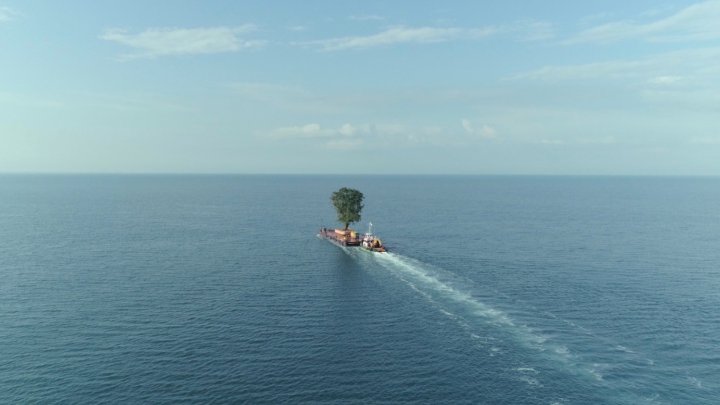 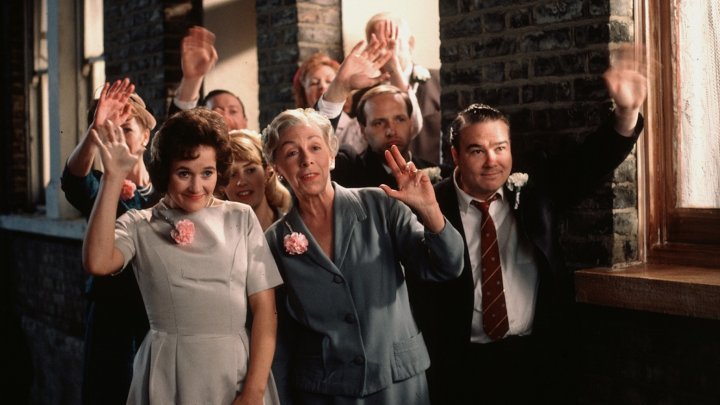 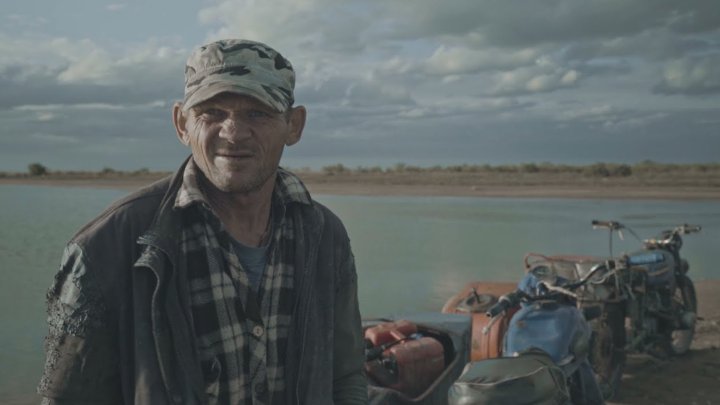