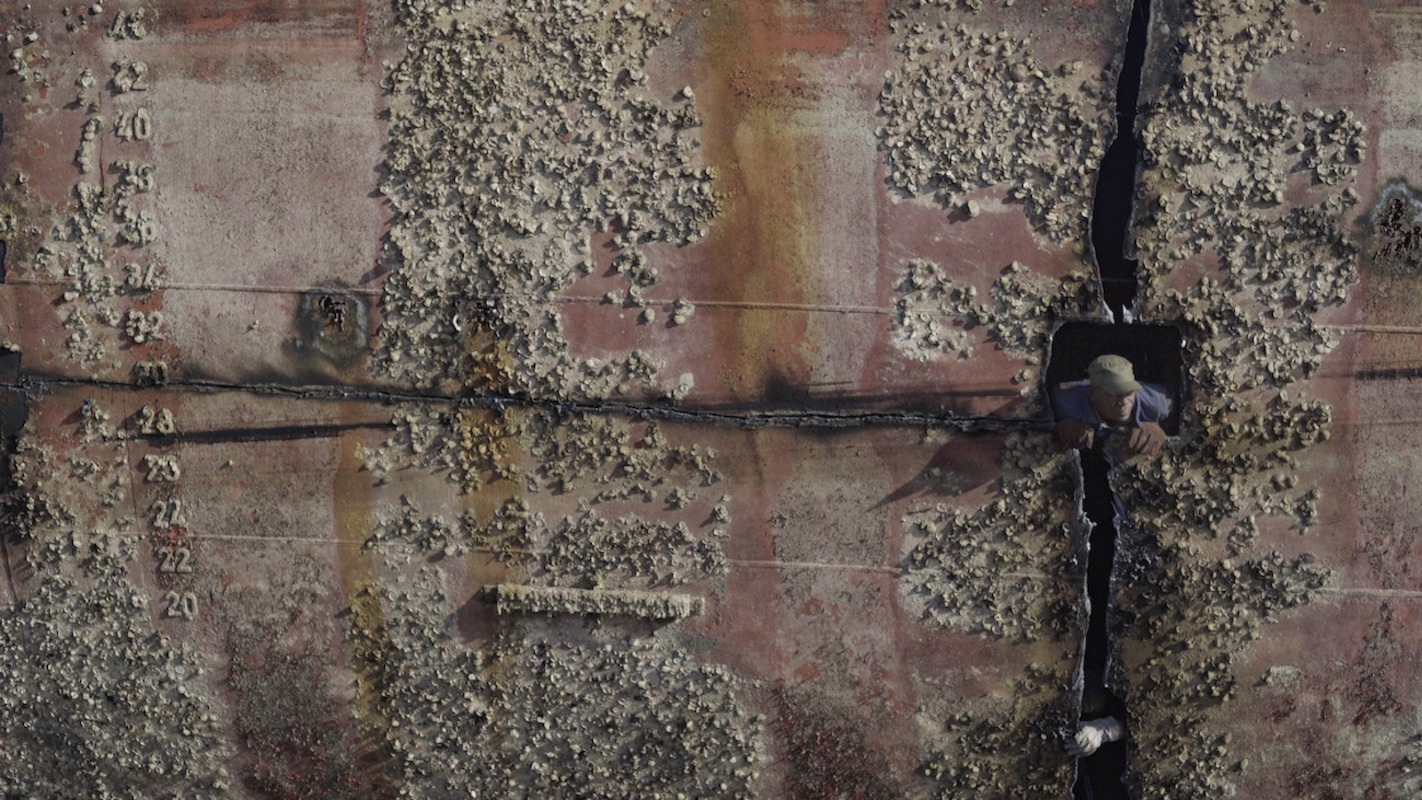 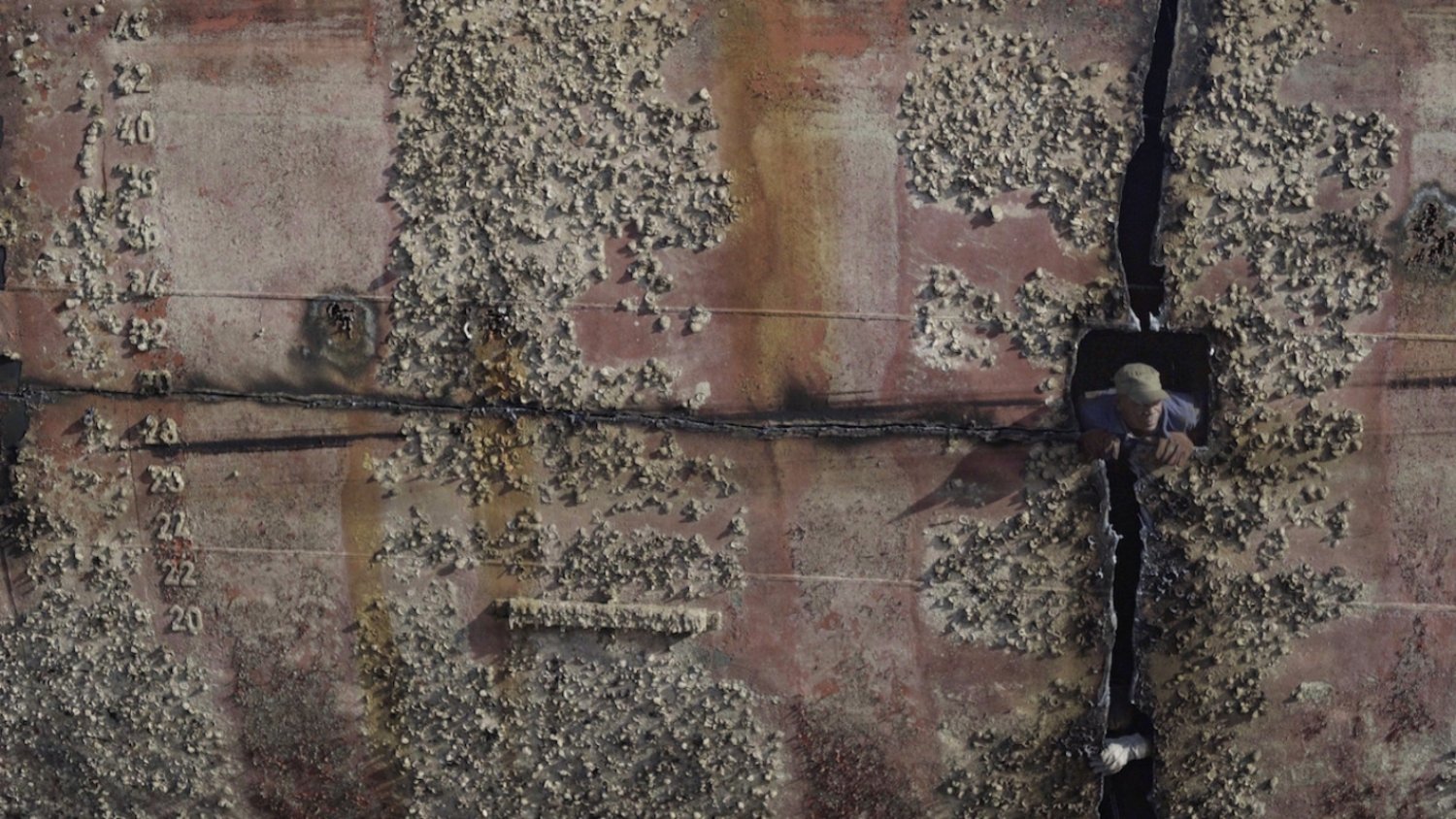 In the beginning of Abyssal, a camera follows a man ascending through an iron spiral staircase to the top of a lighthouse in a silent bay of West Cuba. In the highest part, while the source of brightness gyres and gyres, the anamorphic face of the man sets the tone of this trancelike portrayal of a community of scrap merchants working in a landscape where time seems to come to a stop.

Gloriously far from the socialist realism commandment of “typical people in typical situations”, the workers of Abyssal wander around abandoned places as phantoms trying to make gold out of the waste. The hypnotic quality of the film, its whisper-more-than-a-cry substance, weave an unusual science fiction story where Andrei Tarkovski and Werner Herzog shake hands, and human beings are treated as “beautiful forms” exposing illusions (to be Superman) or wondering about other worlds. In one of the most suggestive shots of the film a man is peeping at life through a hole in a shipwreck, as if this metaphysical abyss upon earth were a vast dungeon. No doubt the scene of an indoor pursuit through narrows corridors of what, at the end, turns out to be a carrier pigeon shows Alonso´s incredible gift for poetry.

Surrounded by a motionless sea, these men, who believe that ships have a soul, compare their visions and thoughts as if they were dead people lost in a reverie. Absorbed by their task of recycling wrecks, these dialectical Sisyphus soften the sense of confinement that permeates the picture with their childish innocence when discussing reality. Though practically every area seems to be part of a prison (in fact, some of the workers are ex-convicts), sometimes closed, sometimes open to the air, their dreams are the windows they need to breathe.

Avoiding the pornographic exploitation of misery or blind engagement style, Alejandro Alonso has given sense to a reality he knows well, translating it into a “nowhereness” made of garbage and fragments, rags of memories and fantasies. Every image, every sound, is conquered with wisdom and respect towards this group of dreamed dreamers living in the waste. He is probably the Cuban filmmaker that has found the most original metaphors to reveal aspects of daily life in his country. In his films there exists a dignified home for cinema, between a culture cheapened by the rise of tourism and the excess of political propaganda of both sides. The eroded territory populated by suffocating cabins, mute nature, tales of apparitions and disappearances depicted by Alejandro Alonso with restrained piety in Abyssal is the nightmare naïve travellers fears the most: no old cars, no sensuous pieces of flesh dancing, no happy poor. 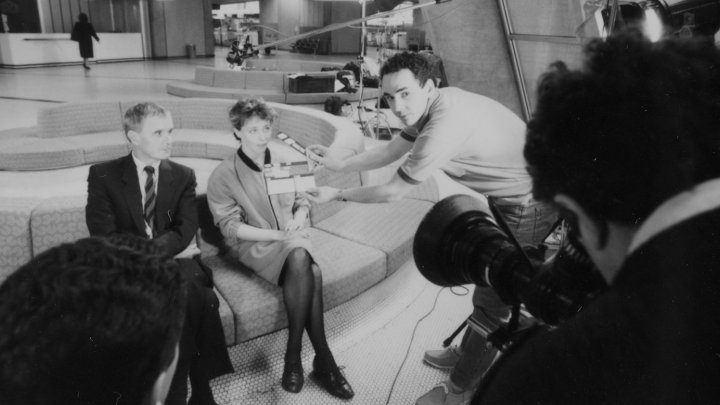 One of the two guests of honour for the Ateliers at Visions du réel 2016 in Nyon is Audrius ... 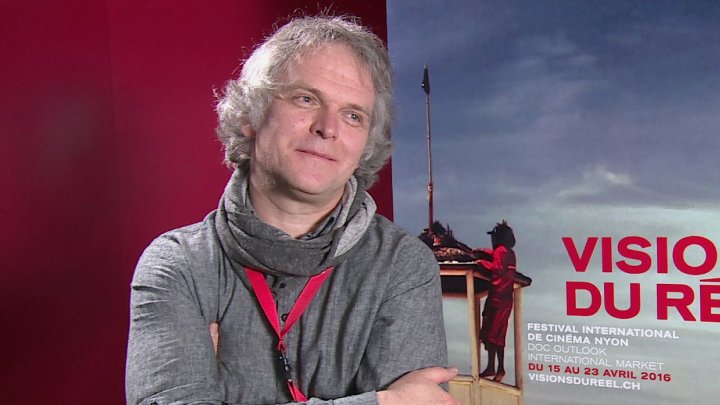 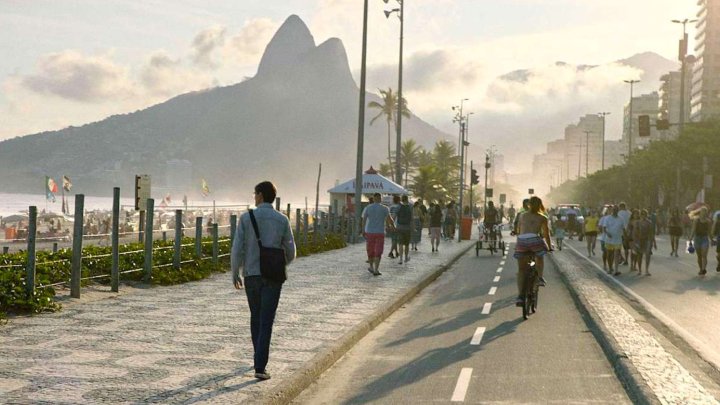