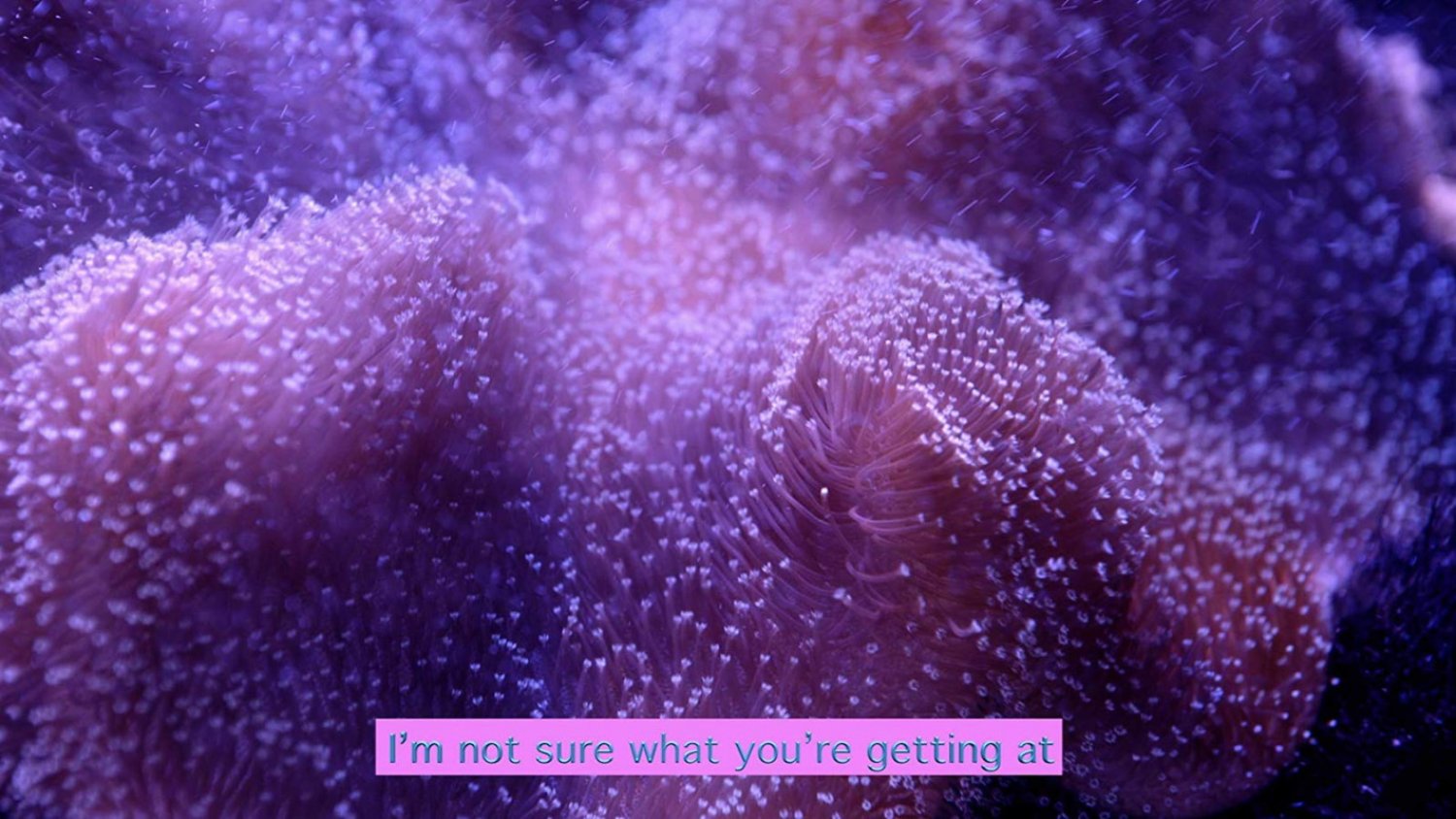 A Room with a Coconut View | Tulapop Saenjaroen

A Room with a Coconut View | Tulapop Saenjaroen 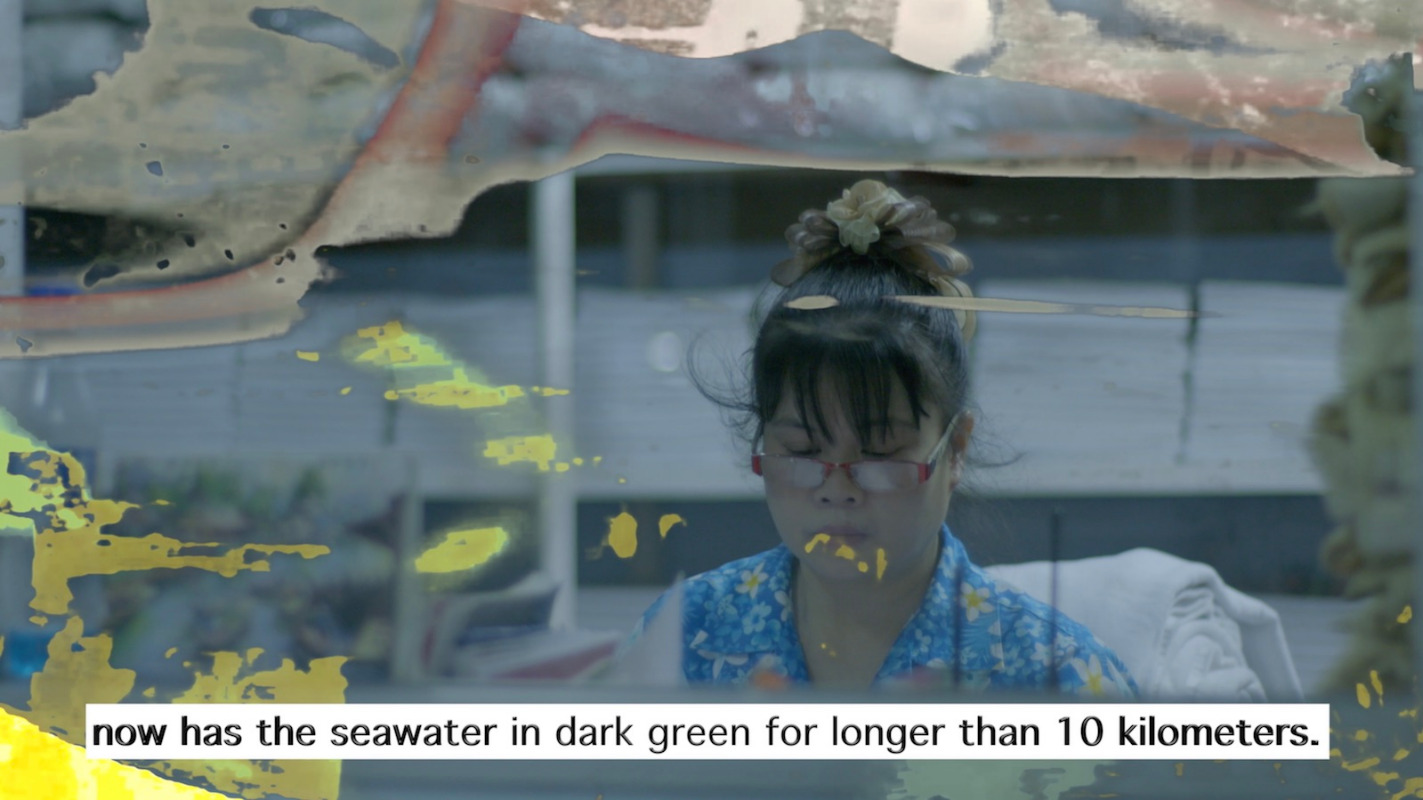 ! The video essay «A Room with a Coconut view» is no more in the Video Essay Gallery space !

In 1968 Philip K. Dick famously asked Do Androids Dream of Electric Sheep? The question is rich with implications: it taps into both our fantasies and fears about what machines might desire, and our understanding that the technologies we rely on in our daily life might – metaphorically and literally – get tired and need to be put to sleep, as they grow to exhaust the ecological resources on which they feed.

Fifty years later, Tulapop Saenjaroen tackled a similar interrogation in a striking sequence in the middle of his short film A Room with a Coconut View. Kanya, the A.I. who has been guiding Alex, a foreign guest, through the Bangsaen seaside resort goes to sleep and the filmic screen is turned into a projection surface for the computer's dreams. The archival footage that has been presented in the first part of the film in the context of a didactic though simplistic introduction to the history of the region is repurposed as the digital stuff that the algorithmic machine's dreams are made of. Images of human bodies, animals and statues are superimposed interchangeably, localization markers are shot onscreen like bullet holes, diagrams and geometrical shapes are drawn onscreen that become pure signifiers, the remnants of an elaborate system of image analysis the logic of which would have been lost in translation. The sequence invents an unproductive, irrational strategy for presenting visual data, all the while suggesting that the exhausted machine « has never stopped working »; as any stressed employee whose work infiltrates their most intimate dreams, the computer's fantasies are but a continuation of their programmed activities, only organized in an apparently less functional mode.

Several years passed between my first encounter with Saenjaroen's film and the moment when I could re-watch it on my computer, and I realized that what I remembered as a remarkably peaceful, contemplative moment – the slow exploration of the computer's oneiric landscapes – is actually a rather hectic, almost psychedelic sequence. Having now watched it many times, I conclude that I find the sequence tiring. It makes me want to close my eyes, withdraw into my own mental space, and find respite from the film's unstoppable digital flow. But could I? Wouldn't my brain, similar to the code that determines Kanya's behavior, start shuffling and reshuffling the images that my eyes have been exposed to, like the cards from a never-ending, ever-changing deck?

The entanglement of fatigue, relaxation and (both human and non-human) forms of labor appears in other sequences from the film – notably in the apparent incapacity of the film's protagonist Alex to embrace their “vacations” as a moment of freedom and actual inoccupation. A few minutes after a slightly embarrassed Kanya has woken from their dream, a third narrator appears (Tessa) who describes Alex's attempts to let the “dismembered images” from Kanya's dream guide their physical wanderings into the region. What could be perceived as a particularly performative strategy for resisting predetermined ways of engaging with space – to follow the guidance of a dream – is revealed to only reinforce preexisting touristic paths. Tessa asks: is Alex aware of the labor they are performing as a tourist, both justifying and reinforcing the town's sole existence as a place to be traveled through, photographed and taped (or rather tagged) in a vacation album? What would it take for Alex to effectively «de-employ themselves» in their free time – a sentence spoken by Tessa that I find an especially illuminating way of grasping how easily exploitation can become self-exploitation?

I take the end sequence, in which Alex is said to finally find serenity (and find themselves) while watching speed racing motorbikes launched at full speed on a highway, as an invitation to further our understanding of the film's articulation between acceleration and calmness, agitation and relaxation. When the injunctions to relax (to meditate, to realign oneself in order to achieve inner peace – a central theme in another video essay I picked in this curation, Elisabeth Caravella's Krisis) are matched in intensity only by the obligation to remain productive at all time, it is perhaps only in movement that an actual sensation of peace can be found, rather than in stillness. In gestures devoid of purposes, the pleasure of which lies entirely in the sensations provoked by the fact of being in motion. We were taught to consider dreams as an activity in which the brain classifies our activities of the day, sorting through what needs to be stored in memory and what can be left behind. Perhaps an equally relevant view would describe dreams as a dance our brains and bodies reinvent every time we sleep, escaping the demands of productivism not in staying still, but in building and racing on our own non-Euclidean highways, going nowhere, but hopefully enjoying the ride.