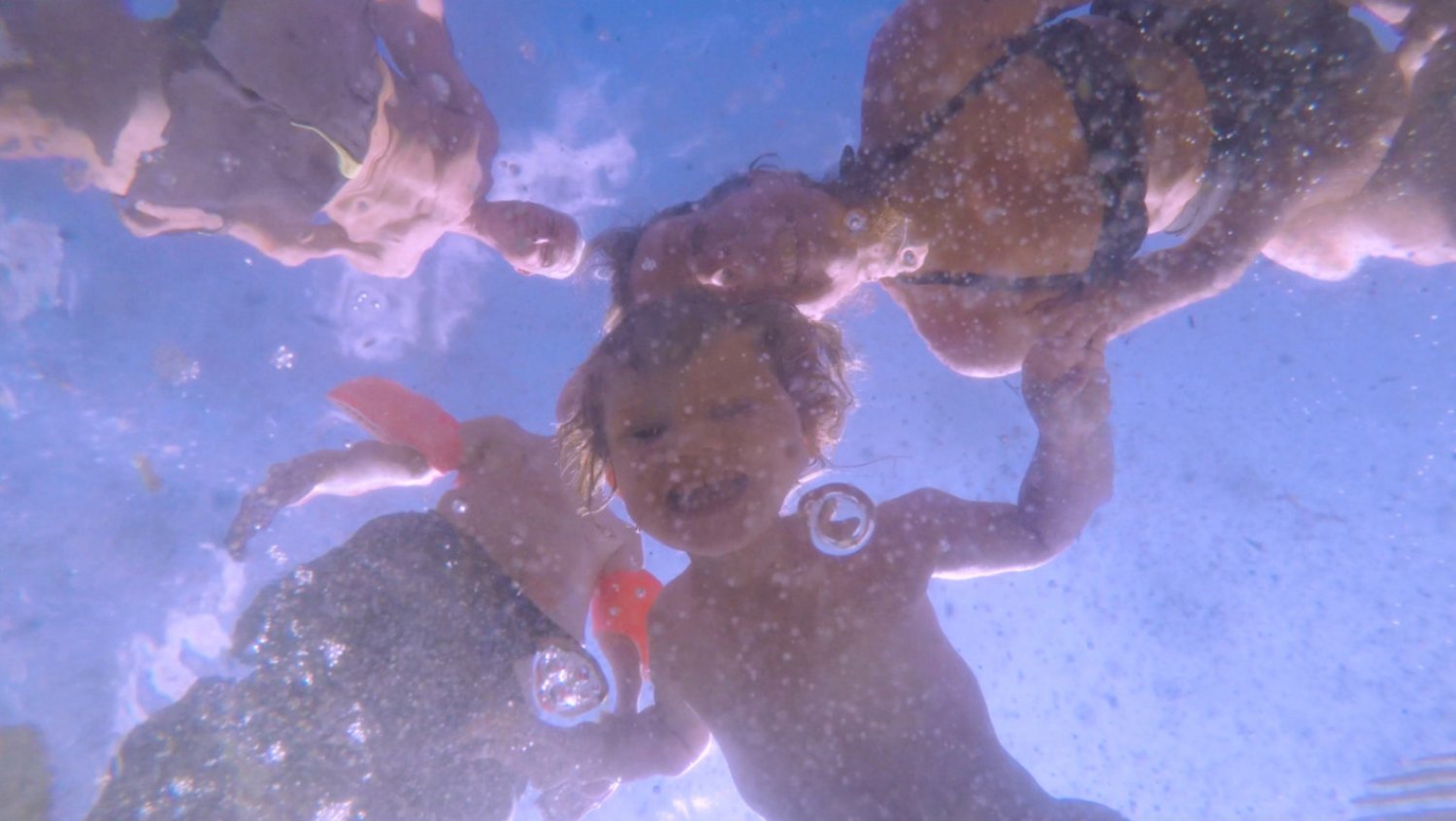 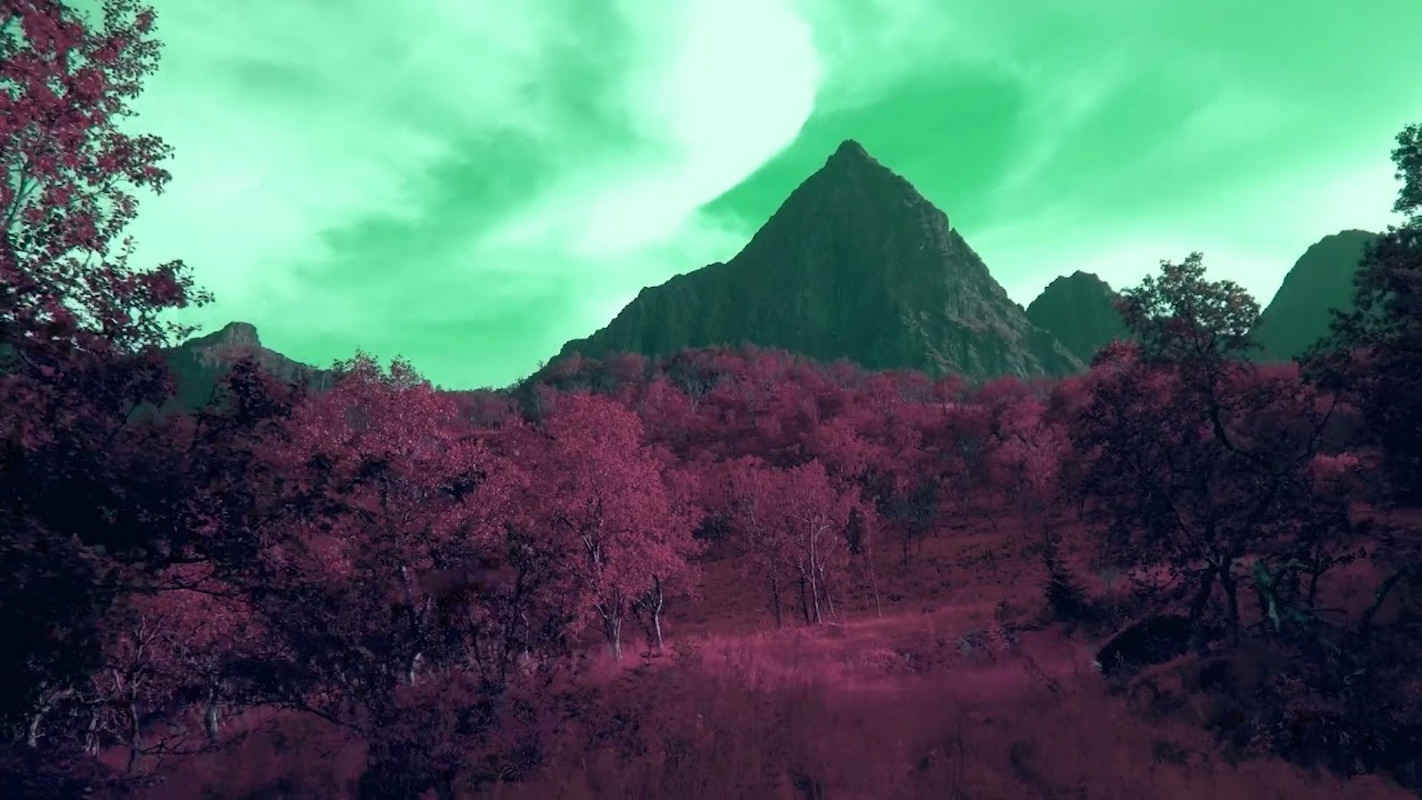 ! The video essay «3xShapes of Home» is no more in the Video Essay Gallery space !

«Some say that the moving image is oceanic» says the voice at the beginning of Elisabeth Brun's 3xShapes of Home and continues «…but does that mean that everything is fluid?» I cannot help but hear in these words also those of film philosopher Edgar Morin who – picking up on an idea by Jean Epstein – defined the cinema as this «fluid universe». What he meant is that camera apparatus makes living beings out of every inanimate object. This is true even when supposedly nothing happens. Even when the stone on screen does not move, the constantly changing grain of the photographic emulsion turns it into a shapeshifting organism, fracturing and crystallizing, constantly pulsating with every single frame. What a beautiful idea!

However, isn't my referring back to film theory a form of evasion? Faced with the unruly fluid filmic image and perhaps afraid that I could get carried away by it I find an anchor in the theory I have read about cinema, but what would it mean to let go of all anchors? It is this back and forth between the search for stability and the joyful letting go that I see in Elisabeth Brun's film, which investigates the concept of home, probably the ultimate form of stabilization, along intertitles such as "Sediments" and "Configurations", and film techniques like stable camera and superimpositions, only to then jump into all those “Gaps and Fissures” where we recognize ourselves as having never been in control. The camera plunges into the water, a crab approaches the camera.

I find Elisabeth Brun's film so inspiring for video essay practice in particular because it made clear to me both how useful parameters are but also how they are never a goal in themselves. 3xShapes of Home works with methods and restrictions, with clearly defined visual strategies and complex theoretical concepts and shows how productive they are, not only for the investigation of audio-visual material but for our lives in general and for existence itself. But then it does not end there. Bored by its own methods the films lets accidents happen and thus has miracles become real.

I remember that when I first saw 3xShapes of Home I started to cry when I saw the crab approaching and then, softly, gently, poking at the camera lens. It is hard to describe what moves me so much in and with this vision but I guess it has to do with the fact that crab could not be told what to do. And did it anyway.

My affective surprise has to do with the fact that in studying film I am so used to analysing the photographic image as an abstraction, as a mere play of light and shadow, as a construction, that I am not even thinking anymore about the people and things that had to exist so that they could be filmed. I know far too well all the documentary film theory about how what is filmed cannot help but being a fiction, and I agree. But here in this shot it suddenly hits me: this crab exists. This water exists. This sand exists. All of this is real, but not just in the banal sense of reality misunderstood as factuality, as something that can be counted and measured, but as an inexhaustibility. An irresolvable mystery. Who can answer as to why the crab grabbed the camera?

Just before this shot the voice of the filmmaker proclaimed «I feel nothing» – but the feelings that all the following shots invoke in me are overwhelming: feet and faces, the snout of a wet dog, a child diving into view, algae and sand whirling up.

The video essay is so often used as a form of second-order-observation, as a tool to investigate already existing images that investigated something else, that we forget that our videos could also be something else. Not just audiovisually re-digesting something already audiovisually digested by someone else, but an act of new life.