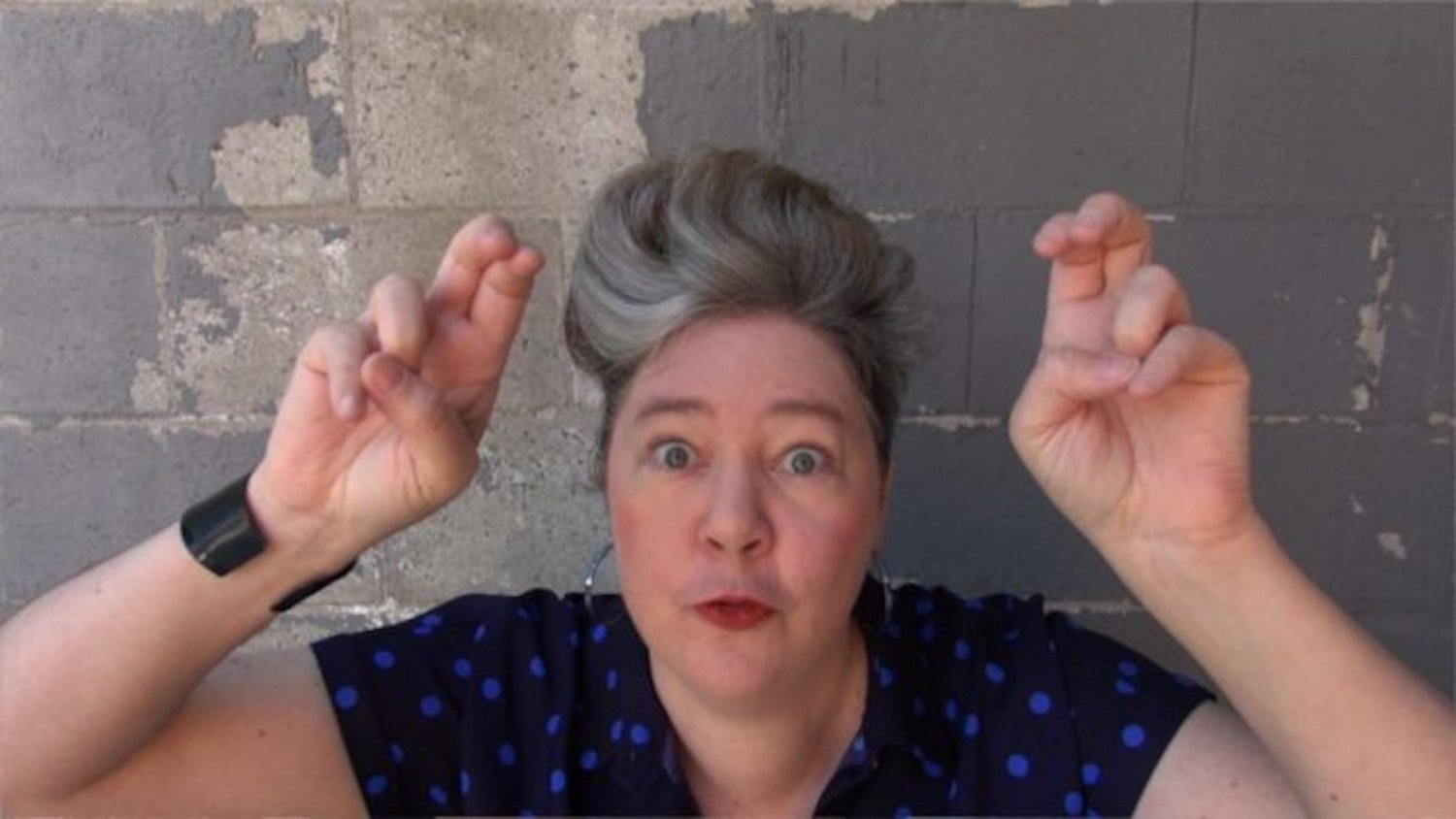 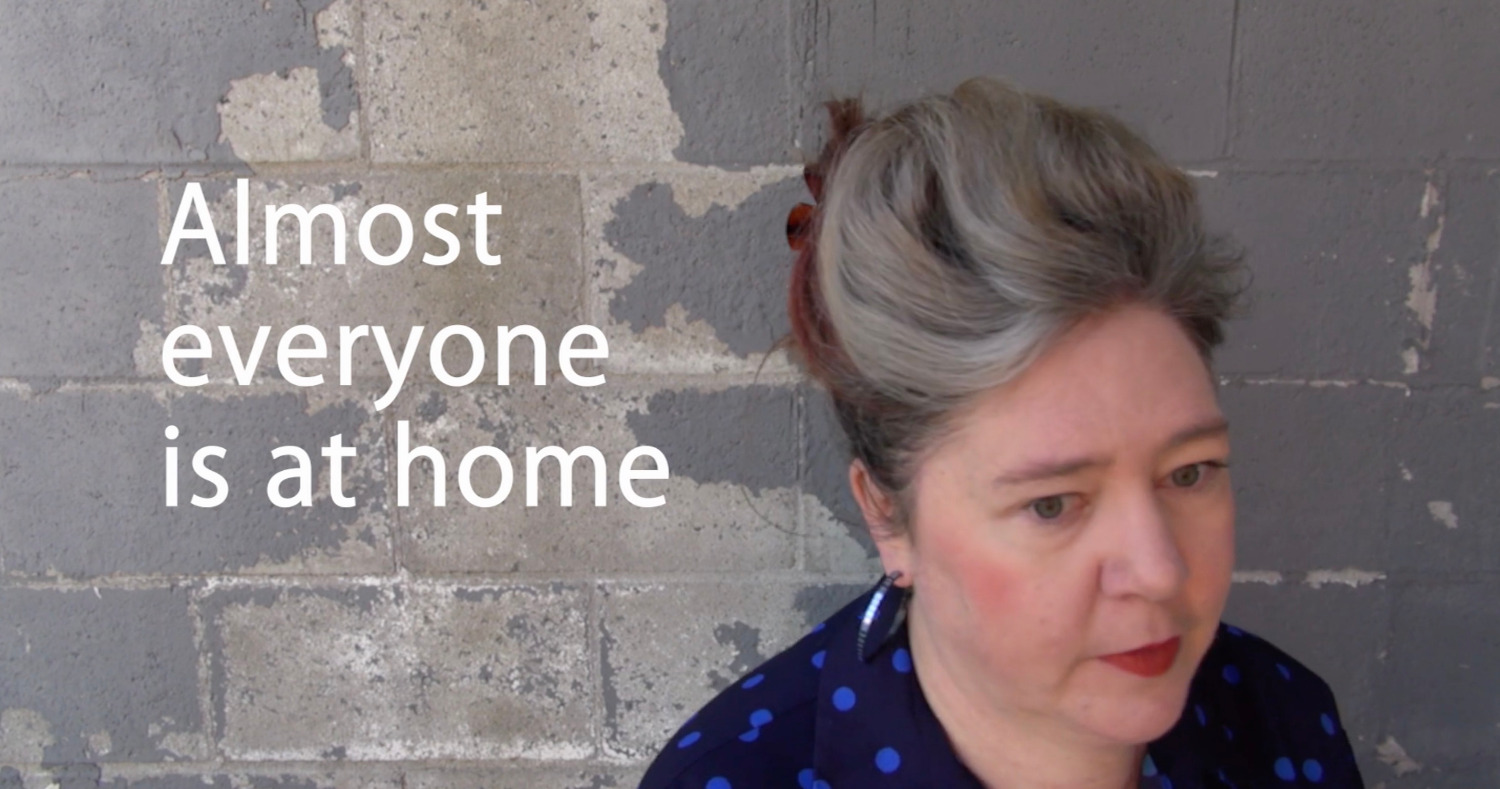 ! The video essay «How to Perform Teaching During a Pandemic Spring Session, 2020: GENDER STUDIES, Rain & Cats Cut» is no more in the Video Essay Gallery space !

We joke about those things that hurt us most. Was it in an early episode of Sex and the City in which I heard this truism? I don't quite remember, and I probably remember it incorrectly, but I cannot stop thinking about this odd yet at the same time very common combination of humour and vulnerability. It is definitely what I had to think about when I saw How to Perform Teaching During a Pandemic Spring Session, 2020: GENDER STUDIES, Rain & Cats Cut by the queer video and performance artist Dayna McLeod for the first of many, many times. How it made me laugh while at the same time touching me in such a peculiar way that it had me tearing up.

I cannot think of a better rendition of how deeply unsettling it felt as a teacher during Covid having to reach out to my students via Zoom, trying to be in contact with them while being consumed by so many conflicting thoughts: «Is this stuff working?» (with "stuff" meaning such diverse things such as computer cameras, PDFs, theoretical concepts, working schedules and my clothes) – «Am I heard acoustically?» – «Am I heard intellectually?» – «What is this noise outside my room?» – «What does this expression on the face of my student mean?» – «Where were we?» – «Where am I?» – «And what?». I cannot help but feel seen by this video, also in my own struggle as a teacher and scholar while it concurrently teaches me so many lessons about what it means to teach, what it means to argue and also, finally, what it means to make a video essay.

For me, one of the central criterions for video essays is how their form should not be a mere container for an argument that could also be developed otherwise, but how the form itself shall become argumentative - which is one of the reasons I feel wary about developing a recognizable style as a video essayist, a style that can be repeated regardless of the topic I am working on. Am I not bound to replicate the same results when using the same form of inquiry? Shouldn't I rather reinvent the form with every new subject of analysis?

In Dayna McLeod's video form is definitely the argument, which is even more fascinating since she uses a mode of address – a person talking into the camera, the so-called “talking head” – that is considered as the least innovative, the most ubiquitous and standardised form of arguing something in front of a camera. The talking head that, while it has have fallen somewhat out of fashion in documentary filmmaking, still seems to be the go-to-mode for most of video podcasting and explainer videos. However, while improving and embellishing, this mode of address can itself become a new intellectual art form (as perhaps most famously done by Natalie Wynn on her YouTube channel ContraPoints). McLeod’s video goes in a very different and even more intriguing direction by rendering this talking into the camera totally unstable, constantly interrupted and collapsing again and again. This is not how to present your argument convincingly. Nevertheless it simultaneously not only perfectly illustrates but actually performs those topics that the teacher (or the video essayist) is supposed to explain, in this case the concepts of gender and performativity. Performance and performativity are experienced in Dayna McLeod's video as practices that – as also feminist and queer theory would argue – never fully succeed but must remain unfinished and thus also open for unforeseen potentials. These are practices that are not so much about arriving at a certain point but about getting away from established positions, and which are not so much about “being” than about “becoming”. All of which I take also as a lesson for videographic criticism: that the performative potential of video essays is less about arriving at a definitive reading of, for example, a film but about opening up a chosen film to how and what it could become otherwise.

That being said, many viewers might take issue with me calling Dayna McLeod's How to Perform Teaching During a Pandemic Spring Session, 2020: GENDER STUDIES, Rain & Cats Cut a video essay, since what is usually considered as the primary element for every video essay, the foreign film material, is curiously absent here. No clips are shown, no text is quoted. Nonetheless, even though not being present as actual found footage, I cannot help but see all these images, texts, and films she makes me think of. I see Samuel Beckett, and the Marx Brothers, Chantal Akerman’s relentless camera and the guests of Luis Buñuel that will never be able to perform even such a mundane task as having dinner together. I see the dangerous green gardens of Blue Velvet and the polka dot dress from Wild at Heart. I see what the recently deceased Jean-Louis Comolli in one of his very last texts on documentary filmmaking meant by that unique power that a film can achieve by just showing someone talking: «We are exposed as audience to a radical form of presence […] We are asked, in cinema, to have the patience to witness how the speaking unfolds.» (from Une certaine tendance du cinéma documentaire – Verdier, 2021, p.42).