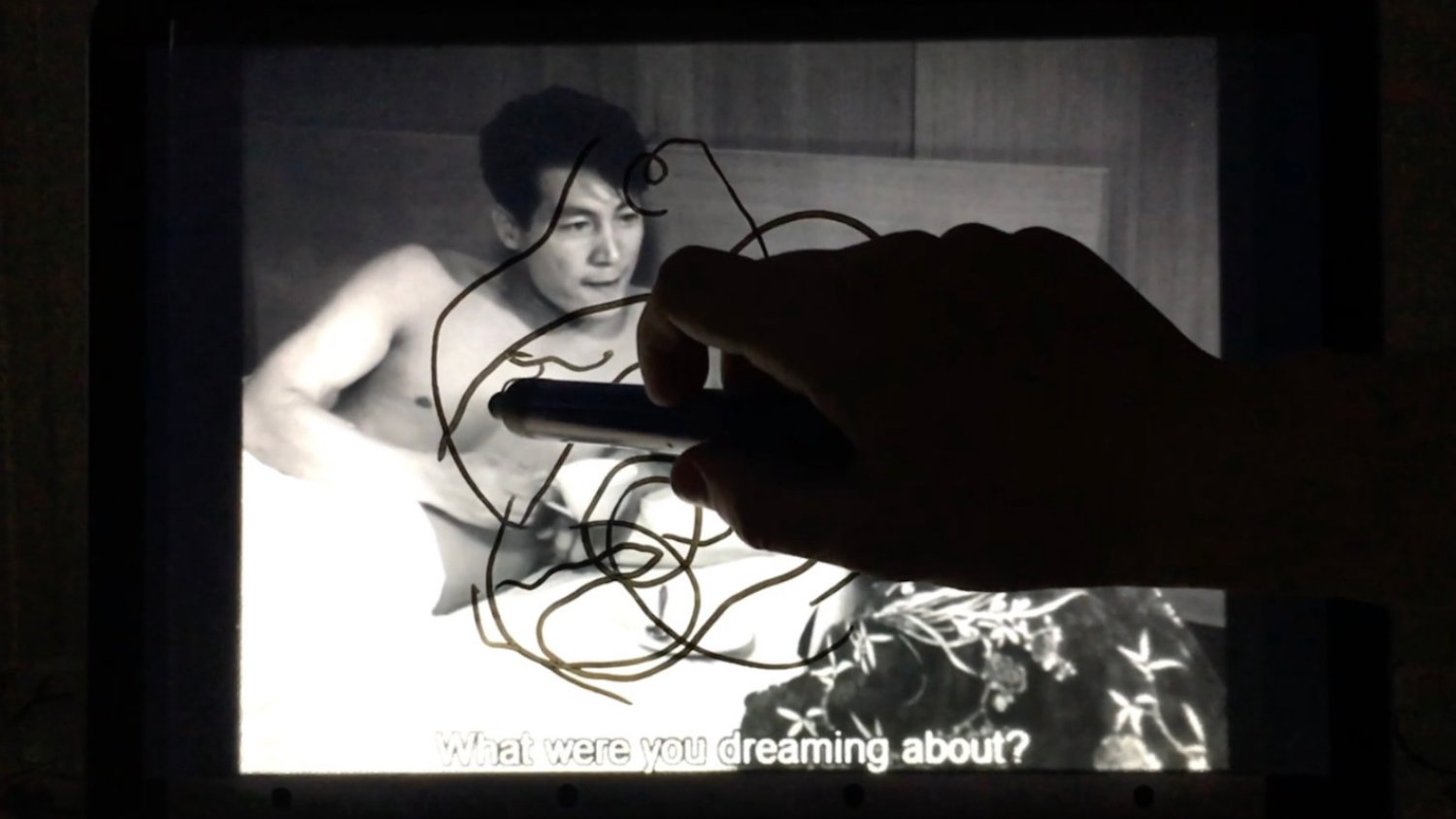 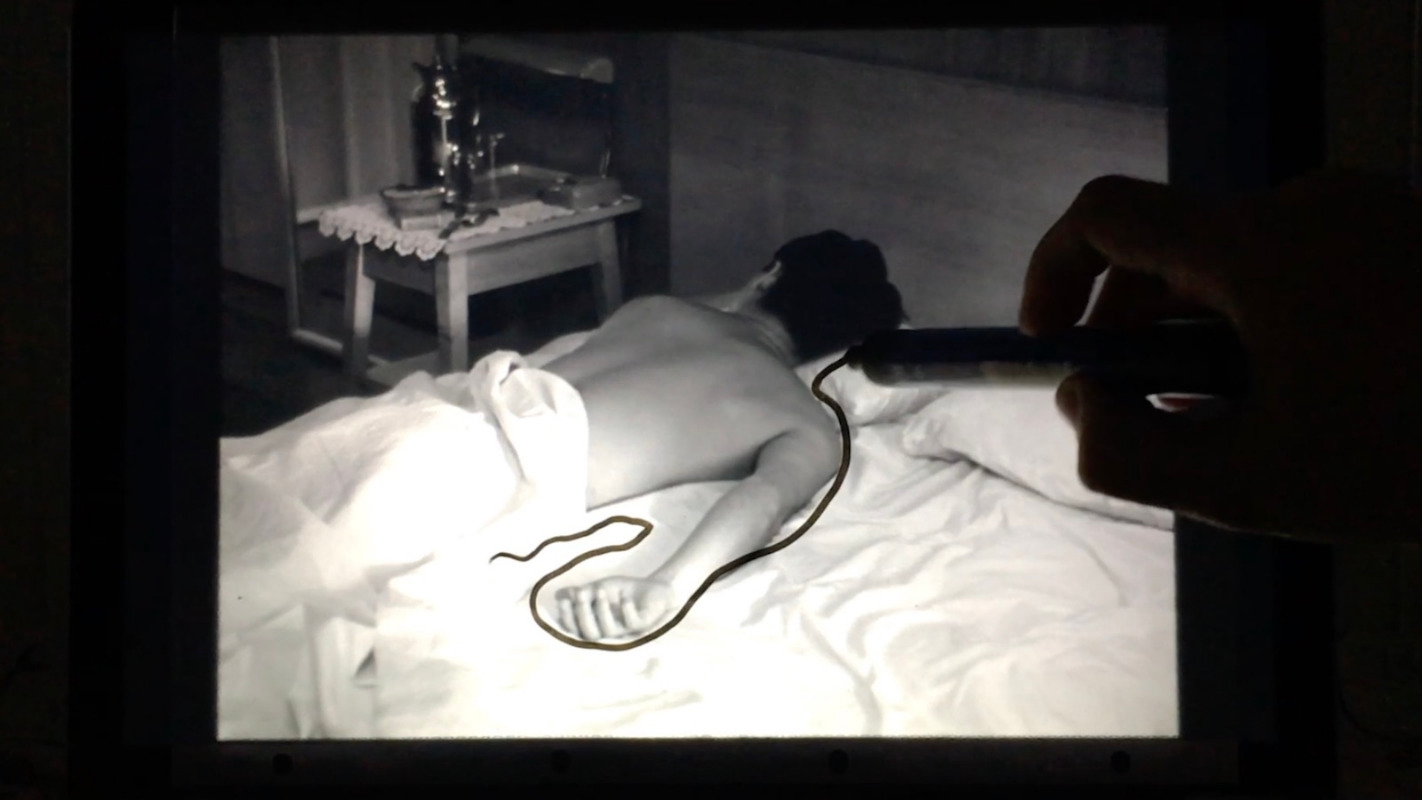 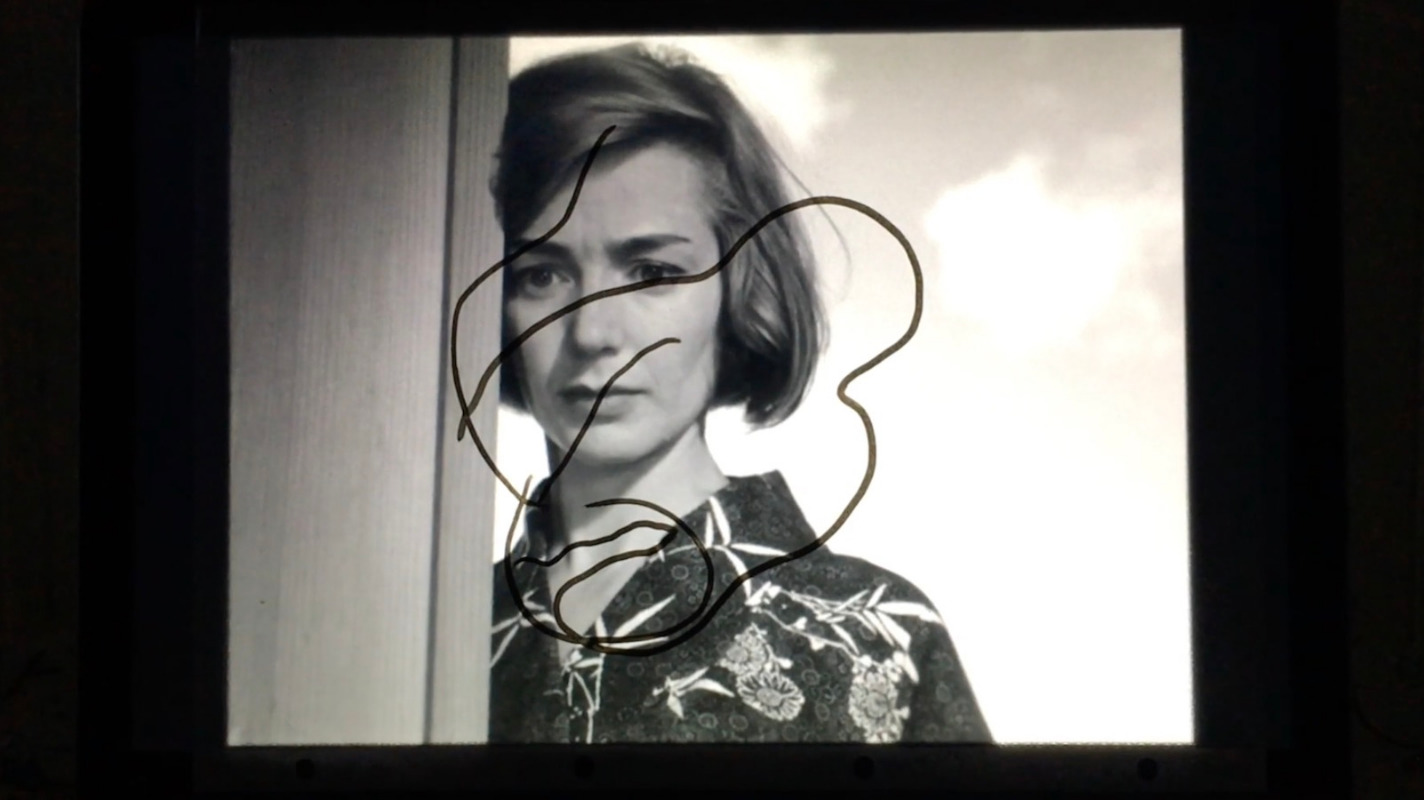 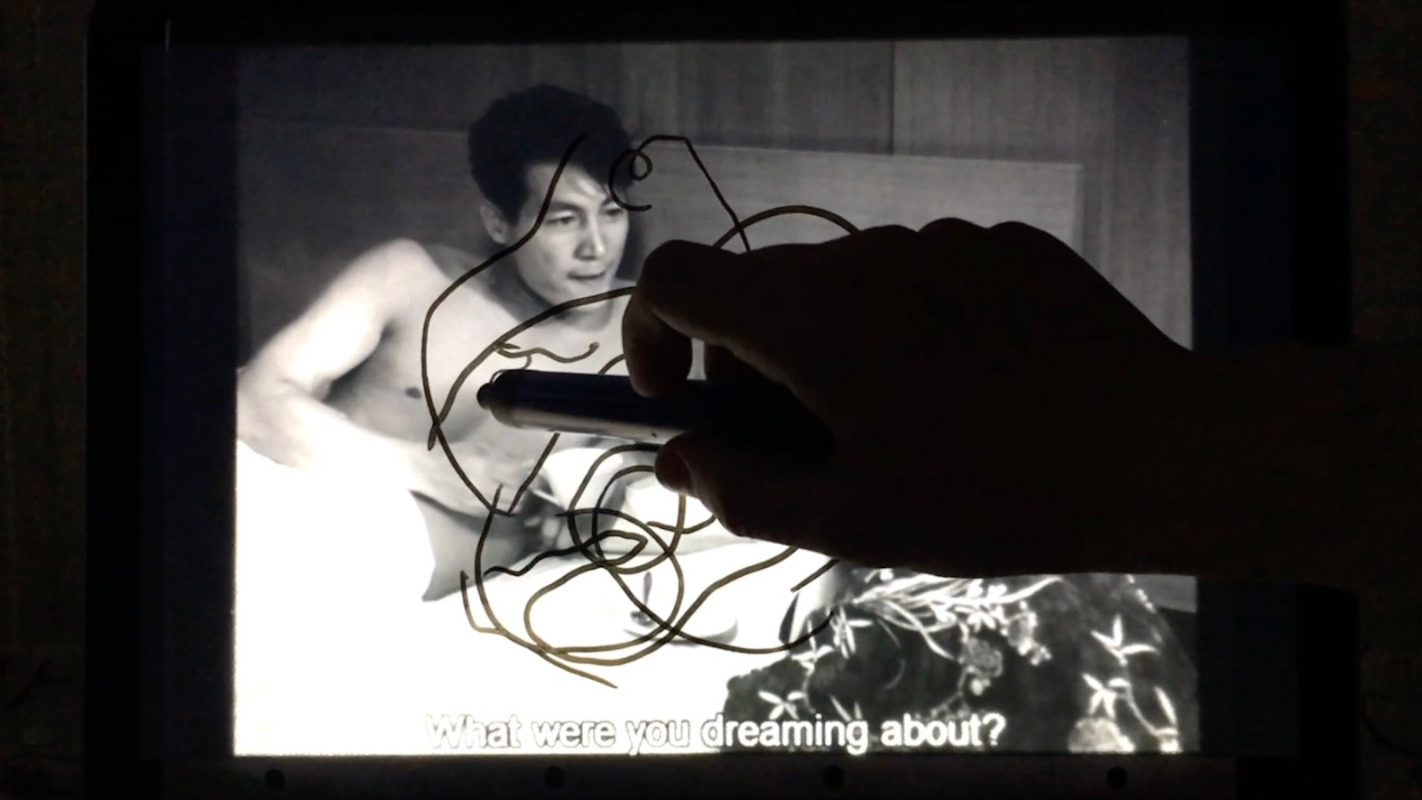 ! The video essay «Hinterlasse Spuren (Leaving Traces)» is no more in the Video Essay Gallery space !

This is a video note by Sara Čolić, one of my students in a course on film history I taught a few years ago at the University of Applied Sciences and Arts. We all set ourselves the task of discussing a moment from the 1959 film "Hiroshima mon amour" by Alain Resnais, written by Marguerite Duras – but with the restriction that we weren't allowed to use any verbal language (be it spoken or written) for our comment. It was in this context that Sara for her video note decided to draw onto (or even into) the film by putting a transparent foil, a film (sic!) on the screen of her computer, on which she draws with a pen in the course of a scene. She takes the protagonist's hand, which also becomes the focal point for an associative montage within the scene itself, as her focus, the starting point to draw a kind of schema of the scene along the shape of the hand and its movements.

I must say that since I first saw Sara's video I keep thinking about it constantly because it reverberates with me on so many levels. Not only does she draw our attention to the significance of the hand and its gestures in the film by both simple and evocative means, but simultaneously creates a new film in which the gestures of the characters enter into dialogue with the gestures of Sara as the analyst, literally overlapping and intermingling. In the end, a drawing remains on the screen as an overdetermined memory trace that documents both the movements in the film scene and Sara's, but at the same time renders them illegible; if one had only the drawing at hand, one could reconstruct neither the scene on which it is based nor the analytical work to which it gave rise. Actually, the trace of memory that cannot be interpreted forms a, if not the central thematic motif in Hiroshima mon amour. So the video note actually makes us realize something about the film, that is as crucial as it is complex and which has also been the subject of many readings of the film already, but the way that this video note makes me think about all this is the total opposite of didactic. Rather it functions as an invitation or even a seduction to move through a film in similar ways to how the images move, and by doing so the exploration of an aesthetic object becomes a fascinating aesthetic event in itself.

For me this also cuts close to the heart to the question of what video essays are or could be. In contrast to the – unfortunately rather common – misconception of video essays as an explanatory tool, as a translation of a written argument into an audio-visual form, what fascinates me about video essay practice is indeed the "essay" aspect in a literal sense – the trying out, the experimenting. Its interest lies for me not in any attempt to master the audio-visual objects one discusses nor to master the video essayistic form with which one does this. It’s not about arguing something definitive but, on the contrary, about opening things up.

In that regard even what might on first sight might be considered mistakes make this video actually even more precious: as we see the video essayist's hand is always a little bit too late in reacting to the movements of the character's hands she tries to capture. It is as if the film itself seems to escape, to constantly slip away from the video essayist's grasp. Occasionally it even happens that the transparent foil on the screen shifts a little, which only makes any attempt at congruence between the pencil drawing and the film image even more impossible - but it is precisely this lack of congruence that frees up a zone of in-between, a zone of reflection. This drawing onto film does not outline, but delimits.

I could add here many associations, different artistic traditions that this makes me think of, for example, those astounding lines in Cy Twombly's paintings that Roland Barthes wrote about, which appear to be wild scribbles. Or the cinematic drawings in the performances of Carolee Schneemann such as in her installation Up To And Including Her Limits in which the artist let herself hang naked from the ceiling on a rope and, swinging on this rope, began to trace over the walls surrounding her with coloured pencils, while a white rectangle was projected onto her and the walls, giving the performance the appearance of a film screening.

That being said, most of all I cherish Sara's video because in its (seeming) simplicity it makes clear how the potential of video essayistic practice does not depend on specific technical skills, nor on elaborate editing software, nor on the amount of theory you have read or films you have watched, but on the courage and joy to bodily engage with and confront an object like Hiroshima mon amour without knowing beforehand what impact this will have on you and your perception. I love how this video attempts something that never should nor ever will be mastered. I love the fact that it is one my students who teaches me this lesson – thus turning me (and hopefully everyone) into students forever.