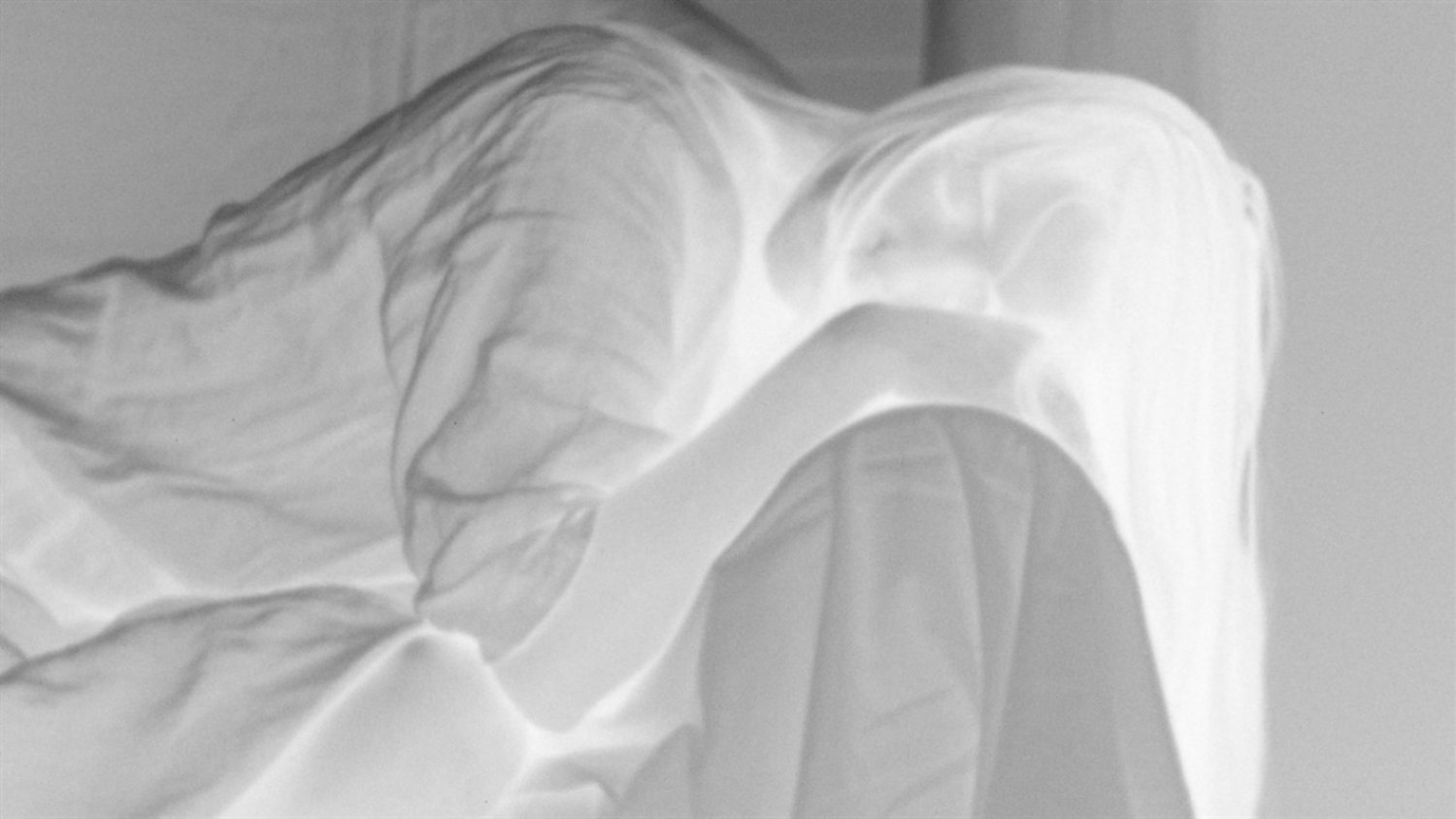 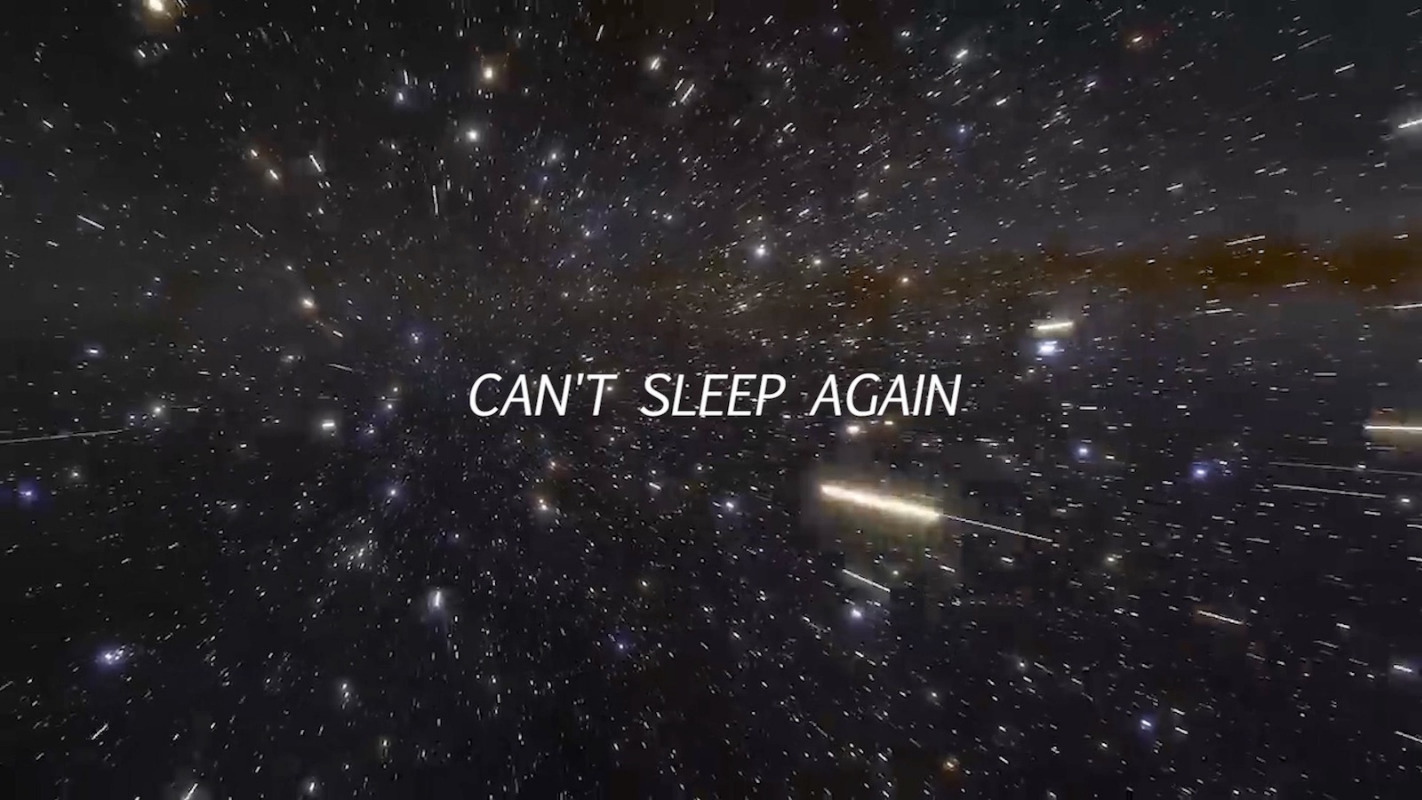 I was visiting New York City for the first time, in my early twenties, when I first heard the idiom “If you snooze, you lose”. Like many protagonists from Jessica Bardsley's Life Without Dreams, I had dozed off on a long subway commute, until a friend with whom I was travelling woke me up with this grim oracle. Later, an online search taught me that the saying was typically translated into French with an even bleaker rhyme: “Si tu dors, t'es mort” (meaning “If you sleep, you die”).

One of my fascinations with Bardsley's video essay relates to its multi-layered exploration of the articulations between sleep(lessness) and vulnerability. Confronted with stolen images from sleepy commuters, I am triggered to fear what could happen to them. Being observed, obviously, and seeing their languid bodies exposed against their will (Bardsley found these images online); getting robbed of their belongings; but also being awoken, robbed of their well-deserved rest – something that, the film tells us, might have become more valuable than any purse in the age of 24/7 capitalism. To access sleep requires one to claim what artist Jasmeen Patheja calls our «right to defenselessness» [1]: a state of trust, of feeling safe. A state that has perhaps never been as inequally accessible within the general population as it is today, as many statistical studies of the evolution of sleep inequalities during the COVID-19 pandemic have shown. Sleepers are inherently vulnerable – and not everybody can afford to be as such, be it at home or in public spaces.

Yet, as the film demonstrates, insomnia also makes one vulnerable. Sleep deprivation is a determining factor in the development of a wide array of physical and mental health issues and, as a medical scientist explains in voice over, we'll never get back the many hours of sleep that are routinely stolen from us by our work, our partners or children, our physical ailments, our anxieties and trauma. In other words, "If you don't sleep, you (also) die".

In Life Without Dreams, both states of sleep and sleeplessness become mirror images of one another – equally dangerous, equally "necessary" (to borrow Guy Debord's word, which Bardsley emphasises in her opening sequence). The intermingling of awareness and sleep, consciousness and dreams, and life and death is manifested onscreen in the editing of the appropriated footage from various sources. Online voyeuristic images are reversed into their negatives, protecting the protagonists' identities while recreating the cloudy visual atmosphere of a half-remembered dream; CGI recreations of a starry night meet archival footage of nocturnal animals, the mere fabric of which – with its grain and cracks – exhibits the film's own material vulnerability.

That being said, in the film's insistance on observing owls, bats and other animals that strive at night, I also recognize a desire that I remember experiencing during my own sleepless nights. A desire that feeds on the hope that insomnia could be defined outside of negative grammars (not sleeping, not resting, not dreaming). I don't know whether this was Bardsley's motivation for including these images, but I take her labelling of her video as «a work of autofiction» as an invitation to insert myself in between the frames of her fictional montage. This desire, this hope, this thirst for nights outside has perhaps never been as acutely evoked as in Violette Leduc's 1948 poetic essay Je hais les dormeurs ("I hate those who sleep"), in which she voluptuously describes the boundless fantasies of a sleepless woman stuck in her sleeping husband's bed:

Attempting to visually grasp the elusiveness of sleep, Bardsley's video essay hints at a promise: that a life without sleep isn't doomed to be a life without dreams.

Note 1: See the artist's presentation during an online "salon" organized by the Sociability of Sleep international research project.

Note 2: Violette Leduc, Je hais les dormeurs, Paris, Les éditions du chemin de fer, p. 47. Personal translation: «I closed the door, turned off my flashlight, and sat on the step of the stairs. I distracted a child's sorrow that will linger in my skin. I ran away with the rails escaping from the cities and the stations. [...] The air I breathed was a novelty as I walked the rails. The novelty coming at the end of the storms.»