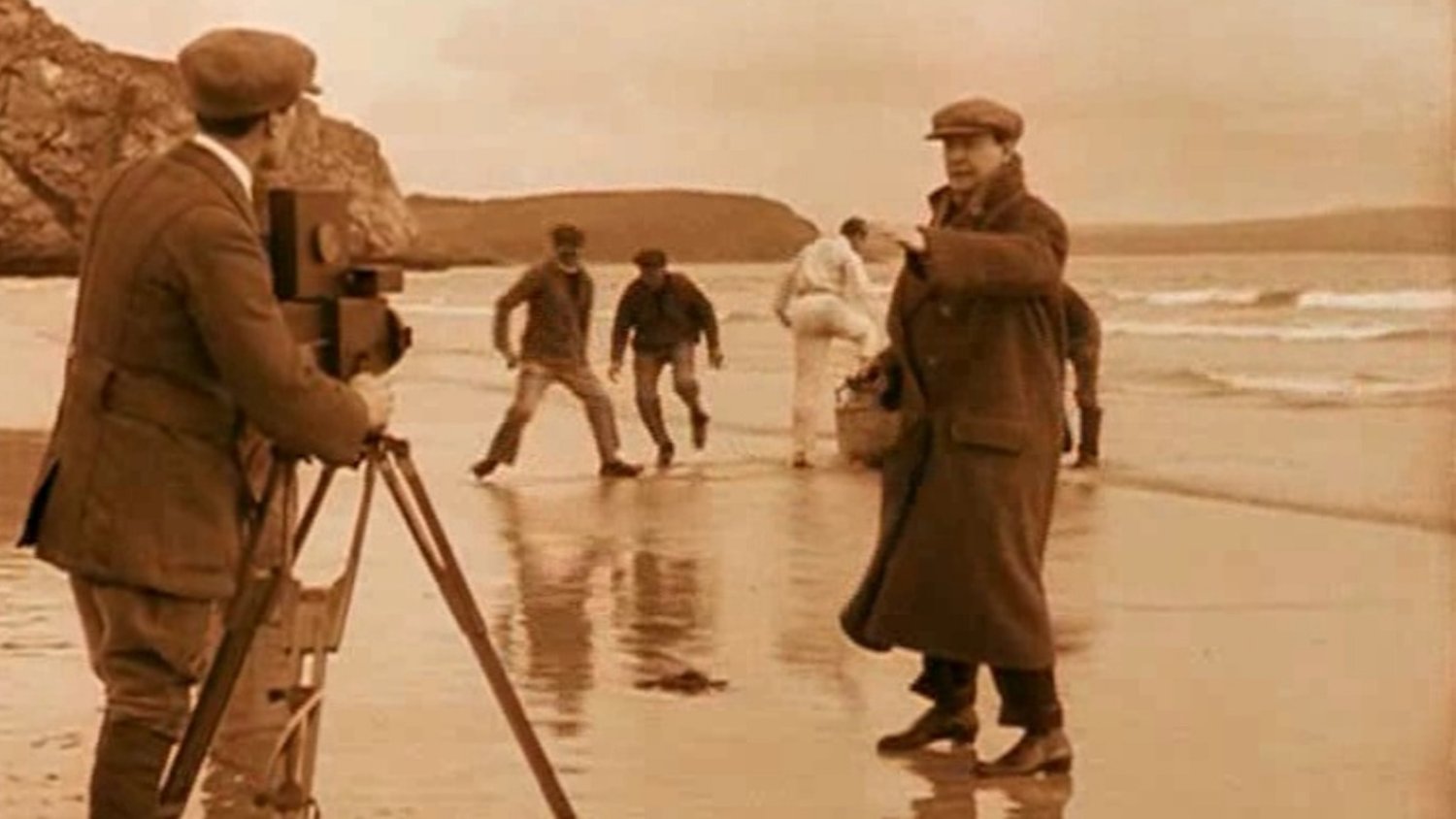 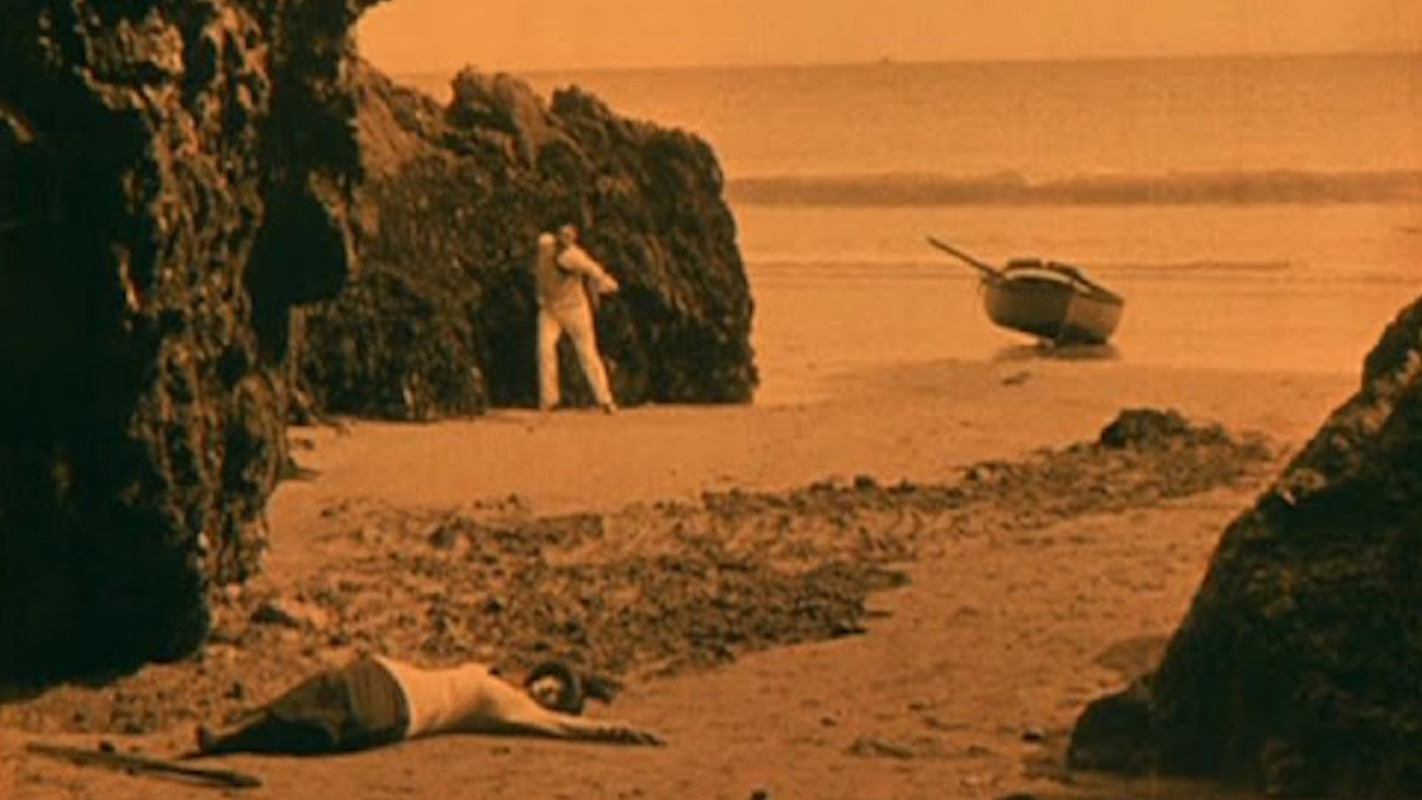 When asked what the first ever video essay is I sometimes answer: Le mystère des roches de Kador – to the surprise of the questioner since, as a film from 1913, it is made way long before even the faintest idea of what a video essay could be even existed. However, I pick Léonce Perret's film because to me it embodies so perfectly this radical wager of videographic research that the audiovisual material is not only an object to be analyzed but is already in itself an analytical method. When video essays can be said to render audiovisual material operative then so too is Le mystère des roches de Kador and the fact that it does so already in the earliest days of cinema makes this even more fascinating and revealing: to me it is proof that film making and film analysis, two practices still commonly believed to be epistemologically separate, were for early cinema actually one and the same (and still could be).

Perret's film tells a melodramatic story of fraud, crime, trauma and recovery, as much as it also talks about film making per se and its potentials as not only a form representation but of re-enactment and performative working-through. The film's highlight and central idea that a traumatized patient can regain her autonomy by being shown her own suffering as a film on screen seems to answer as to why we consider the reflective engagement with audiovisual culture so crucial. Because the images on screen are not really separate from us but are part of us. They allow us to not only see ourselves but see ourselves as different and therefore force us to actually become other. Le mystère des roches de Kador can thus easily be seen as also a precursor to so many later – and today much more famous – films, essays and videos engaged in a similar argument, from Alain Resnais' documentaries to David Cronenberg's Videodrome, or from Agnès Varda's and Harun Farocki's investigations of images to Chloé Galibert-Laîné's video essay Watching the Pain of Others.

However, I consider Perret’s film a still vital lesson for every video essayist, not only because of its highly complex self-reflexivity but also because of how densely it interweaves different media and different modes of existence. Consider for example how many letters in this short film get written, sent, opened and read. It is as if this film, despite its format, is actually more textual than visual, or rather an odd hybrid in which the written becomes the optical and vice versa. Again, I find this so relevant because it picks up on the famous juxtaposition between writing and film (as outlined by Raymond Bellour) that still functions as one of the initial problems that video essays try to address. Similarly, I am struck by how this film also intersects the fictional with the factual: in the telephone book where they look up the film character of Dr. Pierre Williams he is listed among many real neurologists and psychiatrists of the time like Gilbert Ballet, Philippe Chaslin, Joseph Grasset and, most famously, Pierre Janet, the founding father of modern psychology and pioneer in the field of dissociation and traumatic memory. The fictional method of Pierre Williams who treats his patients with film screenings is thus positioned literally side-by-side with the very real practice of Pierre Janet. Actually, Italian psychoanalyst Cesare Musatti would later further develop this idea of the cinema as a potential psychological treatment room but still the promise of Le mystère des roches de Kador has remained unfulfilled, but could also be a potential ambition for future videographic research.

Finally, it is also a personal experience that ties to me to this film as I still remember the first time I saw it and it actually was this very screening in the Stadtkino Basel whose recording I share here in this exposition. It was in the course of a conference on memory and in conjunction with a lecture by the historicist Pasi Väliaho on this film when I became hypnotized by it, and sometimes I wonder if it was this screening that further instilled in me the wish to make video essays myself. Also, because hearing the brilliant live film music by Jannik Giger and Tomek Kolczynski made me further realize how adding a new acoustical score may also be a form of re-writing and expansion of a film we only mistakenly consider as old. As Pasi Väliaho in his lecture said, «cinema as seen in this film is able to retroactively revise our subjective pasts» and thus Le mystère des roches de Kador may not only be the first video essay but also still the one we keep working towards.