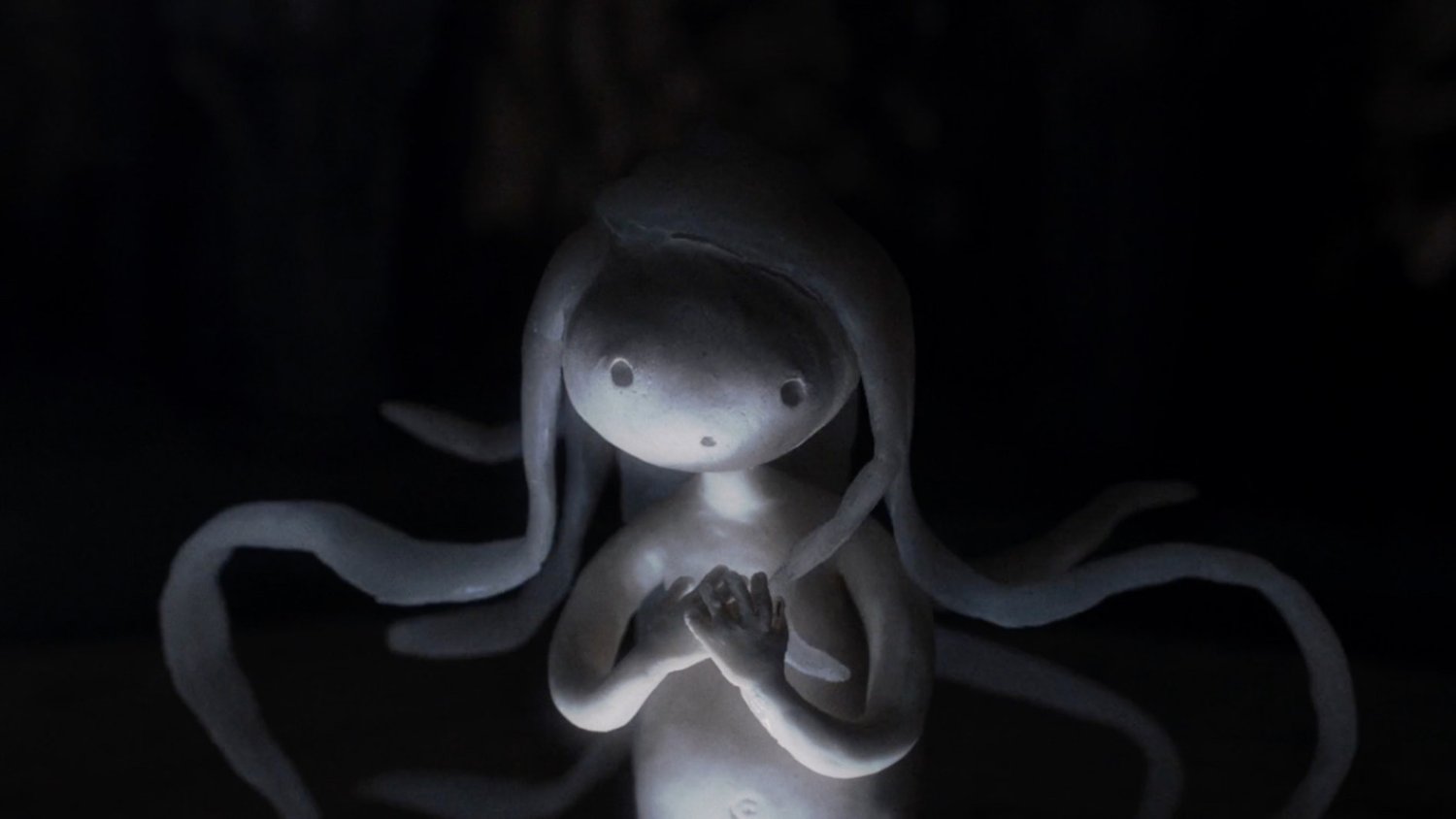 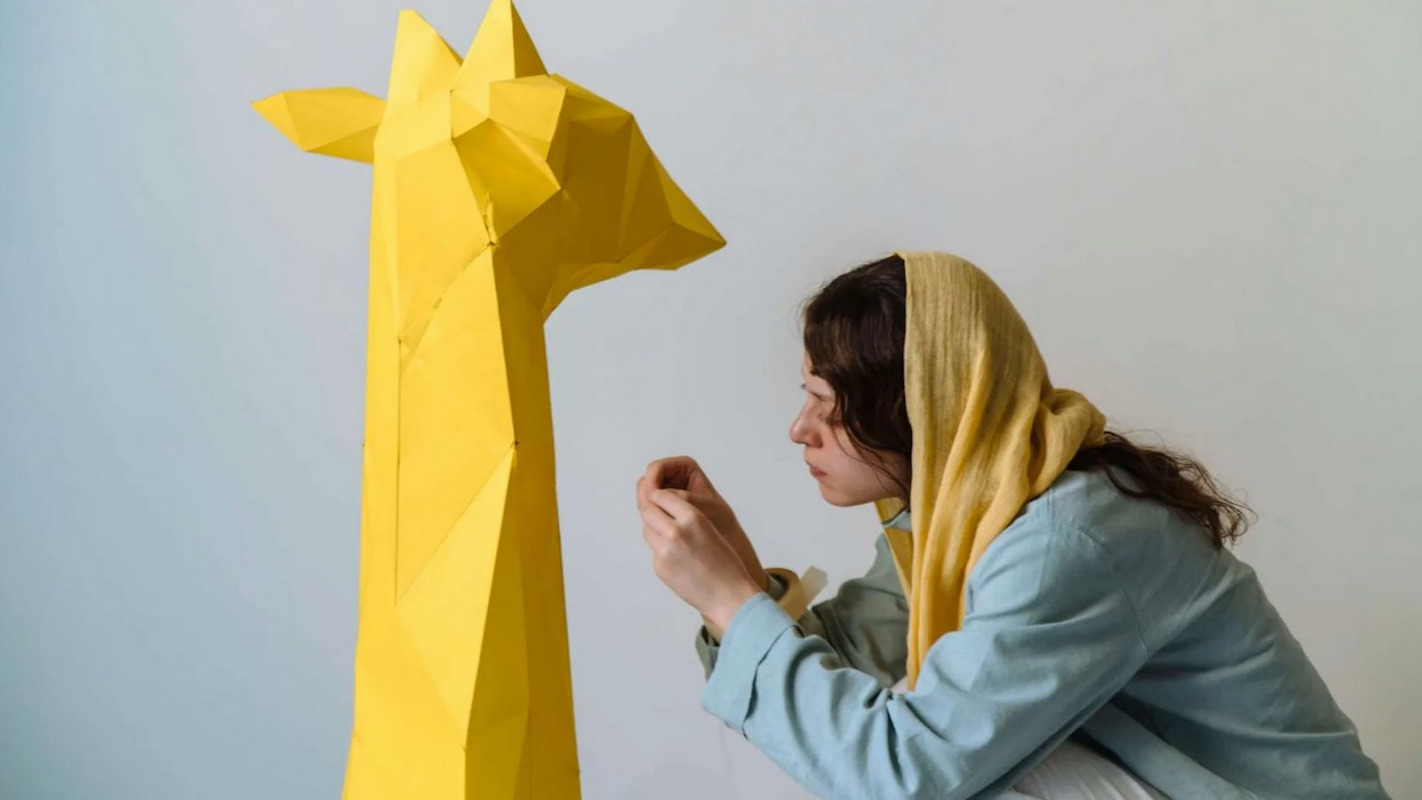 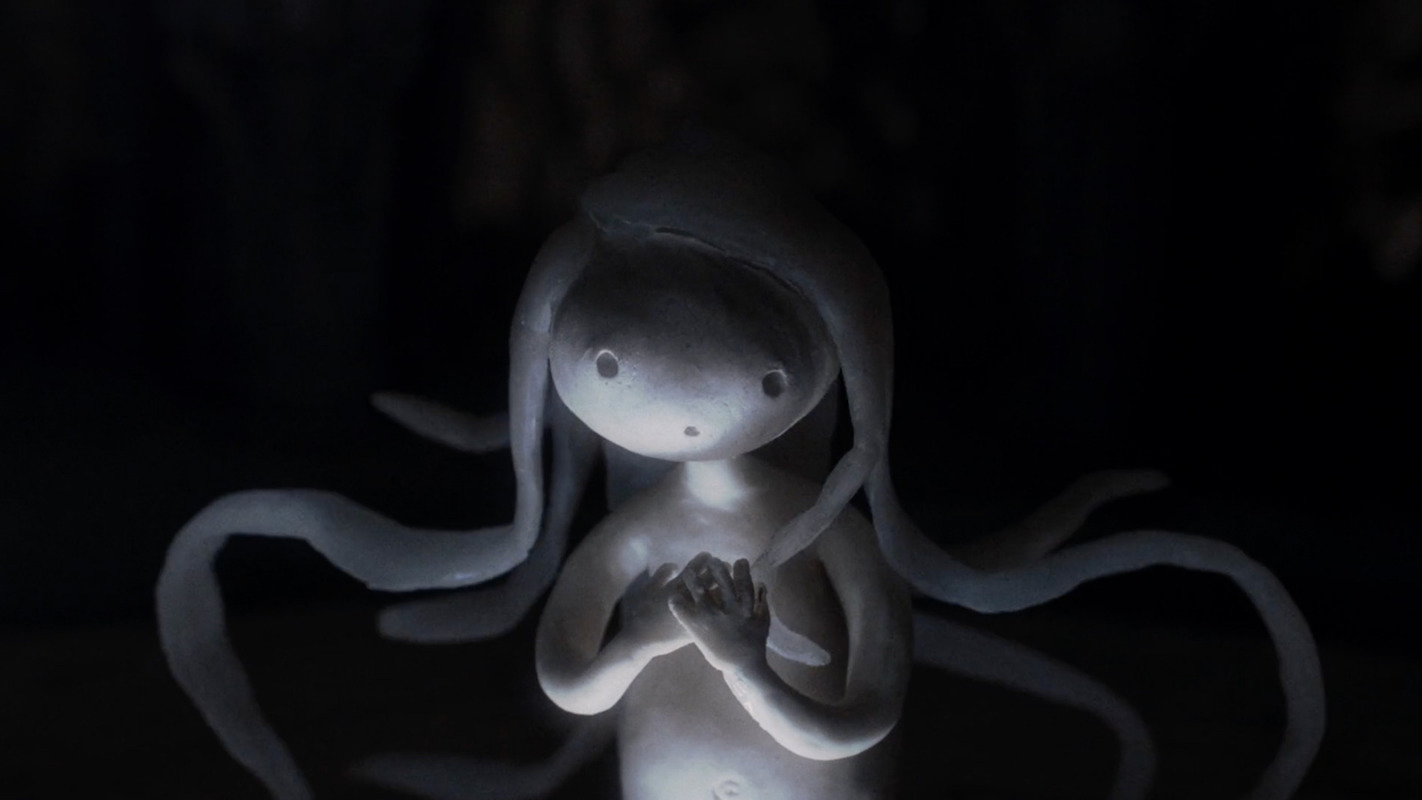 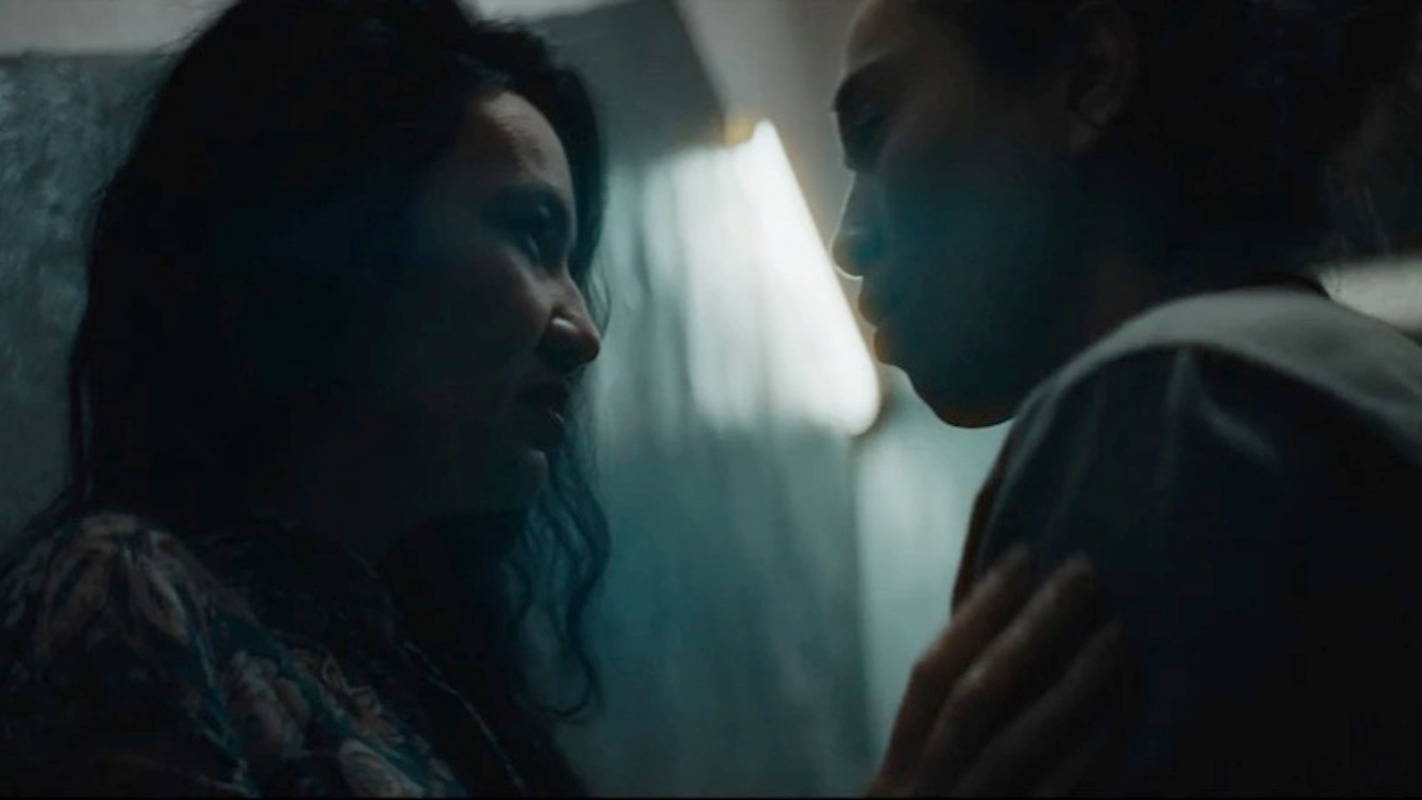 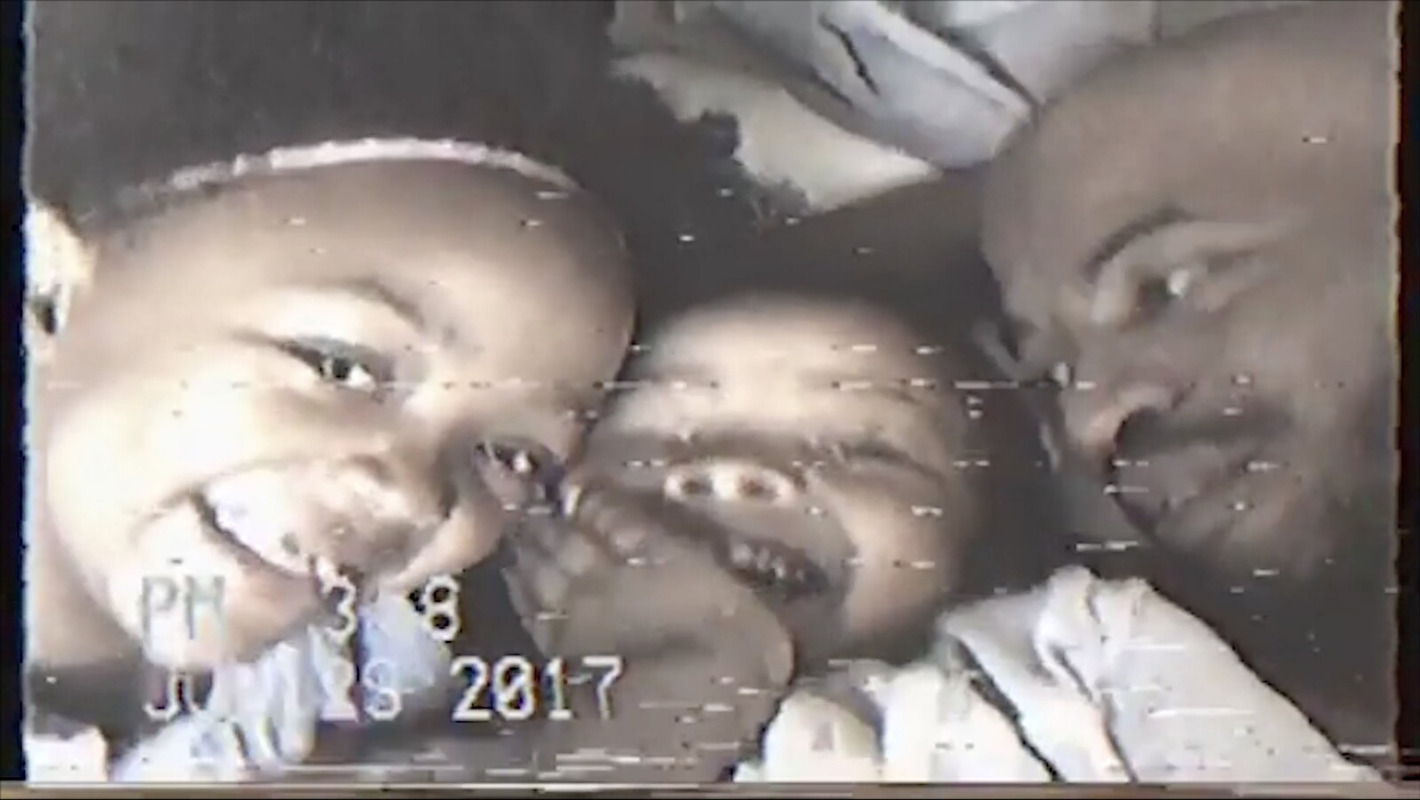 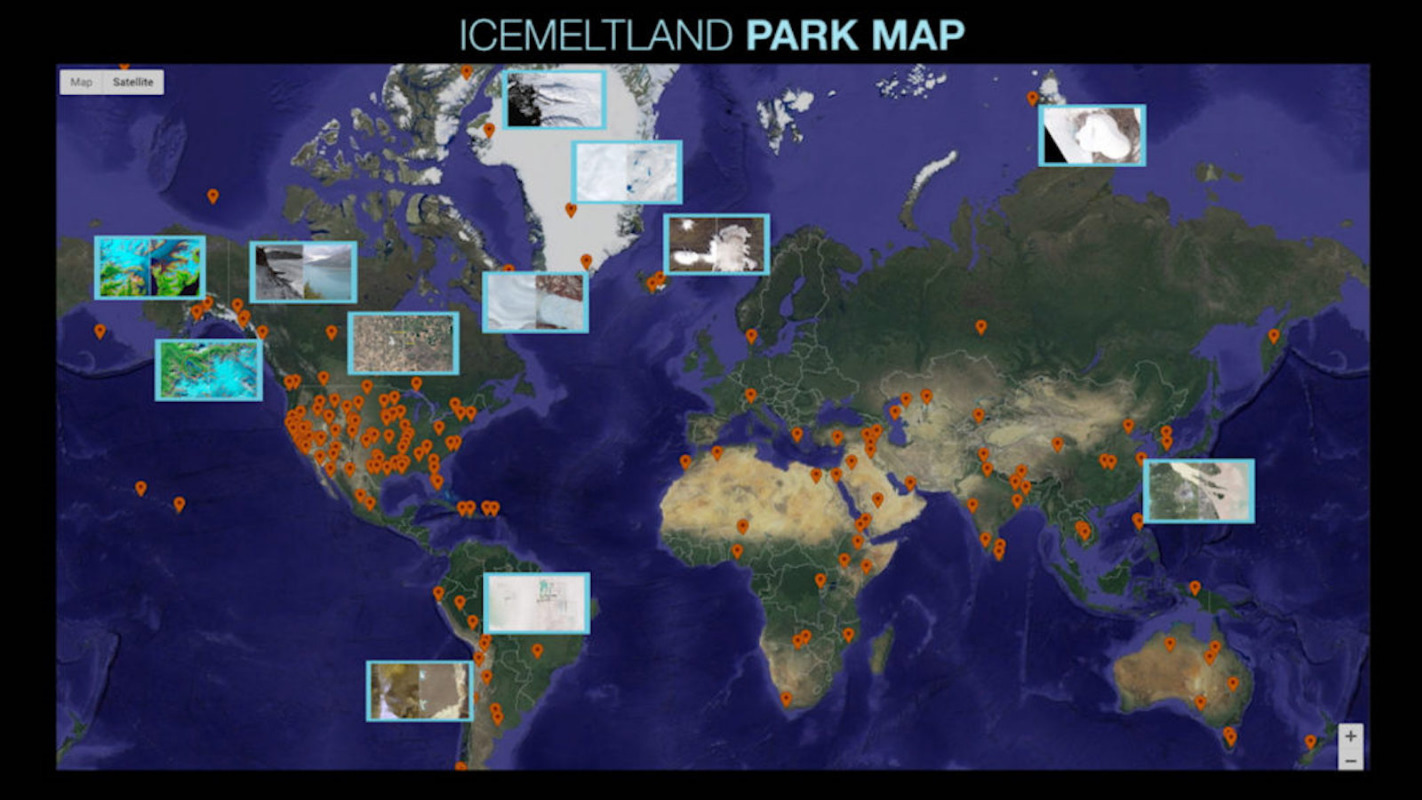 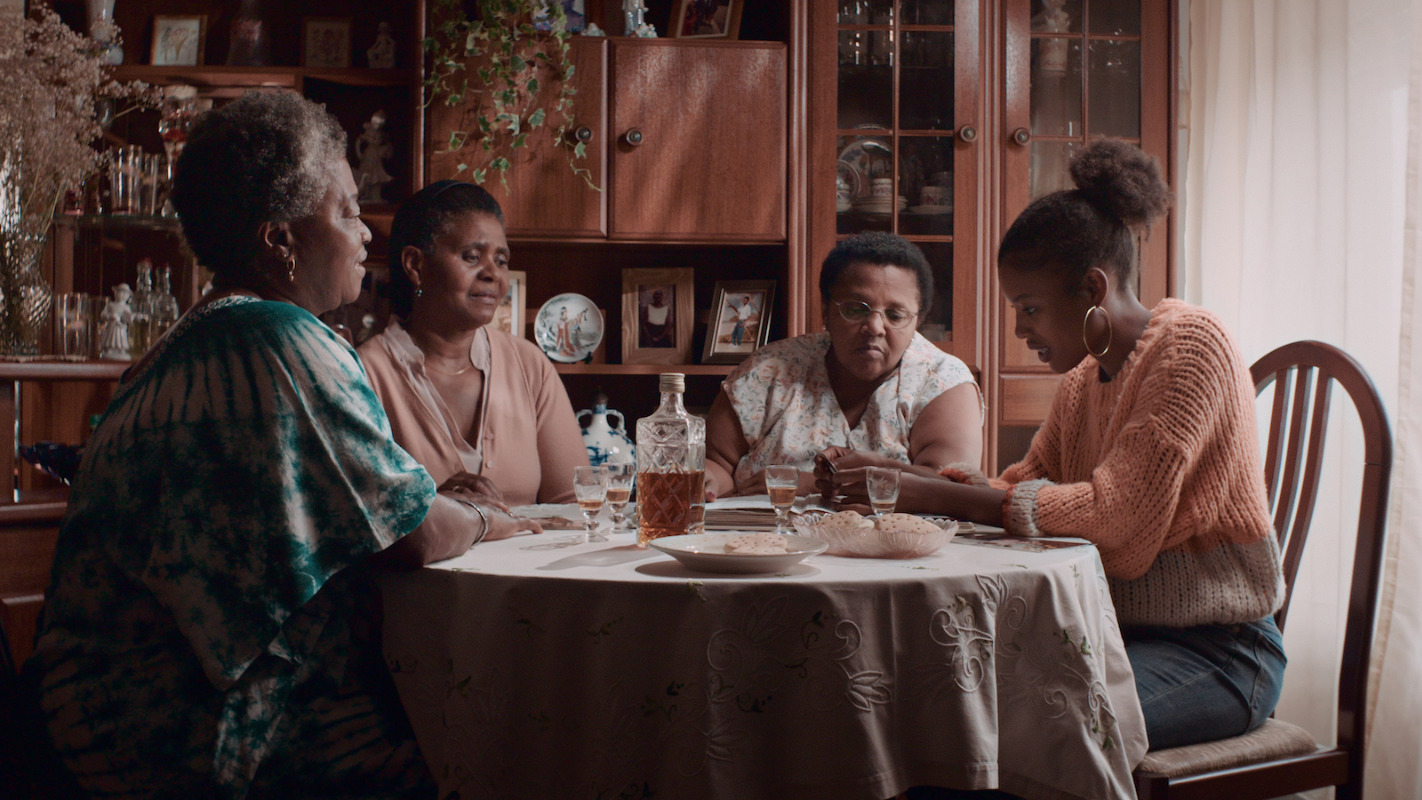 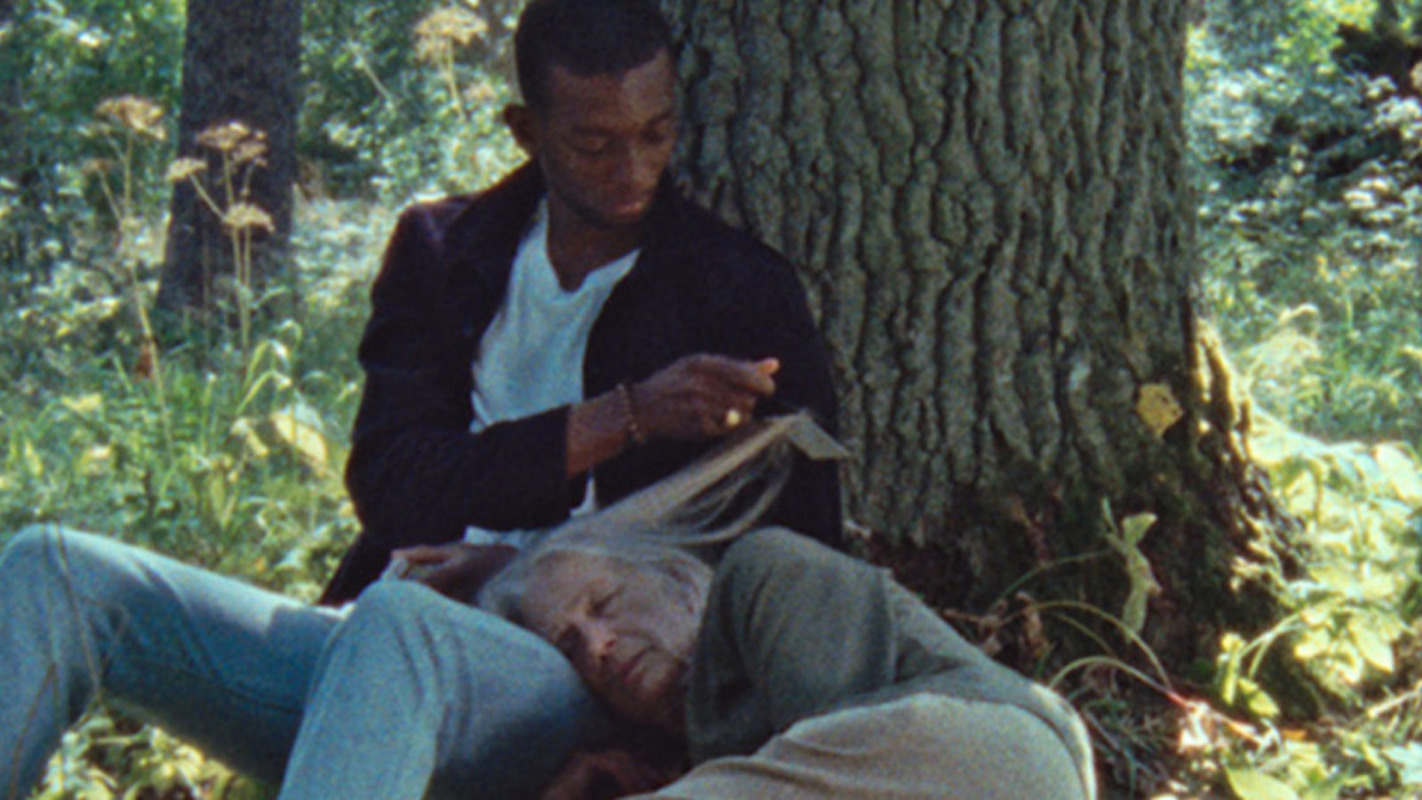 Thanks to Filmexplorer's collaboration with the Locarno Shorts Weeks 2022, it is possible to WATCH AT THE FILMS according to the calendar that is indicated in the articles.

Sometimes there are films that develop in a short time such an opulence of unpretentious, free floating, refreshing mysteries, dissimilarities and alterities that you don't want to spoil your viewing and listening pleasure by asking questions or searching for answers. «Do you believe you can get to know another person by asking them questions?», is said at one point in the film. Can you really get to know a film by asking too many questions? What framework of identification do these questions imply? Sawandi Groskind's radically anti-identarian Where to Land (without question mark!) is so full of possible conjunctions and disjunctions that one does not actually want them to “land” and find a destination, even though everything revolves around the search for origin, for belonging and for togetherness. This search takes place in jungle of both strange and estranged, homeless images and sounds, rhythms and textures, fissures and materialities that negotiate identity as radically fluid and origin as a product of discursivity, and not of consanguinity.
This jungle could be an island near Helsinki, but it could also be the beginning of Terrence Malick's The New World, or a Robinsonade. Many images, sounds, and ellipses remind us of other films (Nouvelle Vague, Claire Denis, Lucrecia Martel, Apichatpong Weerasethakul, but that’s not so important.
We don’t know if it's a remote island or nearby. It's night. We meet a beautiful old woman in close-ups. This woman has an old-fashioned pistol. So, the film doesn't start with a girl and a gun, but with an old white-haired woman and an old pistol. Is she stranded? Or did she fall from the sky? Just as we all land somewhere, and have to get our bearings. Then a security guard at the beach demolishes her makeshift tree hut. At a rest stop in the forest she meets a young black man. They are people of different colour and age. They both seem to be looking for something. The young man likes to look at air traffic maps on the Internet, all those planes that are in the air and have not yet landed. The old woman has lost her voice. They must find a common language. What they have in common are tick bites; briefly, in one shot, a bat with a tick is seen. If there is a community, then it can only be found through transmission, parasitic conditions, contamination, hybridization, differences. At some point the old woman begins to speak, she finds her voice again, but this voice is not human at all. The strange, particularly enchanting thing in this festival context: she sounds like the leopard of the Locarno Festival. Even if they don't speak the same language – or they did at some point (Finnish?), and after a traumatic shock, the old woman has found another, animalistic language? – they understand each other, just as we understand this hypnotic, enchanting jewel of a film without understanding it.
Matthias Wittmann

Memories do not come from the past. Memories are produced by the present: through tactilities, smells, sights, hugs (currently not so common), or the sounds of voices. This is made clear by Denise Fernandes’ short fiction film Nha Mila right from the start where a woman stands on a toilet. It’s the airport toilet in Lisbon, we find out afterwards, and she has been forced to return to Cape Verde to see her dying brother. Lisbon is just a passage. The woman looks somehow self-absorbed in the mirror, fills her water bottle, then suddenly a female off-screen voice is calling out the name by which she was called as a little girl on the Cape Verde Islands. What sounds like a remembered ghost voice from the past turns out to be highly present, belonging to Águeda, a cleaning lady who convinces Salomé (former Mila) to spend the stopover at her home, with her family. The main part of the film consists of female, trans-generational memory work/talk. Much remains unspoken. Basically, the women find each other through the common language itself: Crioulo. The memory of a shared, pre-diasporic past is created from the co-presence of bodies, looks, voices, gestures, photos, and women’s dresses that say a lot about different trajectories in life. Nothing is tragic, nothing completely light-footed, sometimes the women laugh together, e.g. about the monochrome (red, yellow) clothes that were worn when they had just arrived in Lisbon. Transcultural saudade is in the air – which, by the way, stems from Arabic (sawde, the black).
The film is structured by poetic and calm long takes, which on the one hand create an atmosphere of dreamlike introversion and spatiotemporal in-betweenness, and at the same time are attentively anchored in the social reality of Lisbon, with its postcolonial class relations and social stratifications. The somnambulistic atmosphere seems remotely reminiscent of Pedro Costa's films, but Fernandes and her team have developed a different, unique style that is less sombre, less mystical, but is brighter, glittering, in its otherworldly , symbolic moments. There is only one, short flashback, and such as in Ingmar Bergman's Wild Strawberries, Salome's aged, present body is included as an invisible observer in the remembered childhood scene. She is visiting the past like the ghost that seemed to come to visit her in the toilet at the beginning of this mesmerizing, tender and precise film.
Matthias Wittmann

This conceptual film pieces together found footage clips to create a half parody, half deadly serious ecological disaster activist film. Footage from glacier cruises around Alaska, Greenland and Antarctica are stacked together into an advertisement for a fictional amusement park. For your entertainment you can slide across a split screen to reveal – via NASA footage – changes between 1984 and 2016 to the earth’s surface caused by, for example, the creation of Denver Airport in Colorado or intensive lithium mining in Bolivia. Overlaid are sounds of gushing water and cries of panic. The audio is from clips uploaded to YouTube by tourists visiting the glaciers via boat, and onlookers in flood-prone inhabited areas becoming drenched by tsunami waves as they seek out the money shot, but we do not judge these disaster tourists here. «Please keep recording, do not evacuate the area» the text on the screen reads.
This film is one of the longer shorts in the competition and watching the icebergs crash into the ocean becomes mesmerising. While on the news we see these images so frequently, we never spend such a sustained amount of time watching and absorbing. Clapping and cheering the melting icebergs on, the onlookers experience a perverse pleasure. It is akin to a drive through a safari park: the long wait and then a pounce. At one moment I thought I saw a whale as one iceberg resurfaced from beneath the waves.
I look on Netflix, YouTube, anywhere and I see the sensationalization of disaster. Do we demand this affirmation of our mortality? Watching the crashing icebergs is like watching a living being collapse. The film is not subtle but neither is climate change. It ends with an almost too perfect music cue (that I must not spoil). I can only say – you must keep watching and not look away.
Laura Davis

Giraffe, girafe, giraffa (English, French, Italian) – all derive from the Arabic “zerafa”, a phonetic variant of “zarafa”, which means “charming” or “lovely one”. I read this in a book and I don’t know if the association is that common in Iran but to me it is very true in this Iranian film.
Roya, a solitary woman who is absorbed in her own thoughts, hears the sound of the jungle while she travels through the city by bus. She spends her days dressed as a giraffe entertaining children. She is certainly very charming.
Roya has what looks like a yellow birthmark on her chin. When she entertains children, she wears a giraffe costume made up of a set of loose, plain yellow clothes and a giraffe head designed via low poly computer software. It is interesting that the clothes have no spots but she does. To me, this suggests that costume and stylization is the fabric of our identity. Roya’s performance – her huge gaping eyes, short yelps – bolster this. To me the film is about identity. If we are compassionate to other beings we can even exchange our spots with them.
What I love most about this film however is how it draws attention to the production design. The film’s colour grading balances juniper greens and buttermilk yellows, and even the clarinet arpeggios make me think of a giraffe’s head bobbing up and down as it walks the desert. It is a lovely one.
Laura Davis

I Ran from It and Was Still in It

I Ran from It and Was Still in It | Darol Olu Kae | USA 2020 | 11’ | Pardi di domani, International Competition | Pardino d’oro SRG SSR for the best international short film
More Info

I have been fortunate enough to never be exposed to a black hole, but I am sure they are quite impressive. Probably less so than Renee Zhan’s film though. This sixteen minute long film is no less than a philosophical cosmogony told in an operatic form through different animation techniques, namely hand-drawn and stop-motion. The story of the universe is explained through the conflict between two female figures, Eternity and Singularity, which I do not feel confident enough to summarise. No need to say that there is something overwhelming about O Black Hole!. This highly conceptual and formally perfect film does not allow room for failure, even any slight mistake. As such, it constantly runs the risk of being trapped by its own perfection, and I sometimes asked myself if its beauty was not the boring one shared by all masterpieces good enough to be put in a museum. The most positive, yet ambiguous feeling that O Black Hole! triggered in me was something akin to the sense of the sublime: a heightened state of astonishment caused by inhuman beauty. It is a shame that I did not watch it in Locarno, where I could have had compared my emotional response to the film with the sight of Alps, which pushed Edmund Burke to write his Philosophical Inquiry into the Origins of our Ideas of the Sublime and Beautiful.
Emilien Gür

A change of place often triggers the mind to reflect on times past and the reasons that might have led to the decision to move on and, ultimately, move away. In cinema, it’s a popular concept that has been explored to a degree of exhaustion, regardless of genre, culture or context. However, despite the approach being rather obvious, it’s still exciting to see how filmmakers keep applying the concept to their stories and what it can provoke in the viewer's perception and imagination. History of Civilisation works with this idea without adding too much to any proposals for reinventing the narrative format but it’s the atmosphere, the ambiguity and an underlying subtle tension that make the film worthwhile. Perhaps its biggest fault is the need to overexplain what made the main protagonist, a high school teacher, take on a place at a language program in London to escape her life in Russia. The film manages to overcome its weakness however in dramatization and a few questionable choices in editing by creating a sense of melancholy through long close-ups and shadowy lighting compositions. There is also a club scene that works well in terms of depicting the psychological states of dislocation and disorientation, which is enhanced by the writer/director Zhannat Alshanova giving it a slightly political dimension. Ultimately though this a story of forbidden love and desire, a gentle exploration of intimacy, infused with pain, shame and compromise.
Pamela Jahn