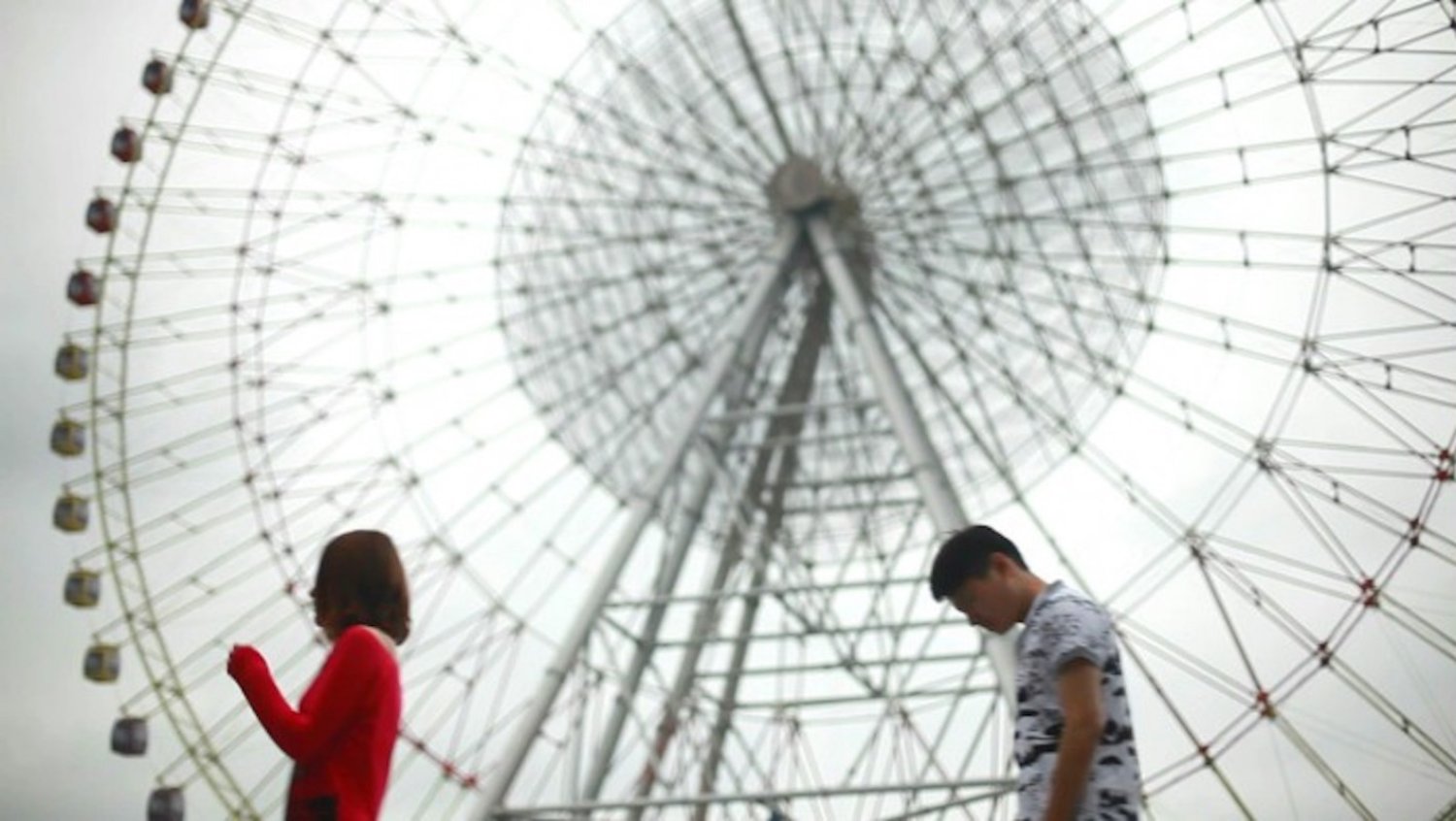 «In the shade of dictatorships» could read the subtitle of the curated programmes at the Internationale Kurzfilmtage Winterthur 2020. With different distances from the source of the shades, for the countries in focus are not only China but also Hong Kong, Taiwan and Ukraine. The selection of the curators at Winterthur highlights, first of all, the cinematic quality of the short films, so reinforcing the festival as one of the most important international promoters of the short film as a specific and accomplished form.

The political commitment of the proposed films is almost always present, yet hopefully not always straightforwardly displayed. Social criticism, psychological nuances and personal perspectives appear at the core of the filmic projects, and in this way often convey a humanist and universal gaze on reality.

Insofar as the aesthetic traditions of these countries are directly influenced by the cumbersome presence of the popular realism of communist regimes, one should not forget that the way a filmmaker handles realism in film is very often a way to answer and position herself or himself politically. In this context, Wang Bing’s rough realism (Xi Yang Tang) and the intrusive style of the films in the programme «China Independent», for example, will reveal (also) a bold revolutionary attitude; the narrative fragmentation and ellipses in films such as On the Border, The Sound of Falling or Lighthouse should (also) be read as a powerful claim in favour of a critical stance; the choice for a rigid conceptual framework in films like The Umbrella, La lampe au beurre de yak and The Six, or for an overtly poetic aspiration in films like Half Asleep and Film of Sand (also) conceal a neat affirmation of subjectivity; the sometime heavy use of symbols and metaphors - mostly in Chinese films (extremely in Animal Year or Tear of Chiwen) - and the massive expressionism assumed by the films in the programme «New Ukrainian Cinema» should (also) be taken as an escapist or critical form of anti-realism.

These generic reflections on the curated programmes will only serve as a modest introduction to the exercise that FILMEXPLORER, as usual, prefers above all: the discussion of films individually, considered as filmic works, with the generosity of the critical gesture that sometimes dares going beyond the film itself. An exercise that becomes infrequent, today, and even rarer for short films. For this purpose, the curators of this SHORT PAGE, Giuseppe Di Salvatore and Ruth Baettig, have welcomed the contributions by Nicolas Bézard, Pasquale M. Cicchetti, Laura Davis, Emilien Gür, Jean Perret and Dominic Schmid. 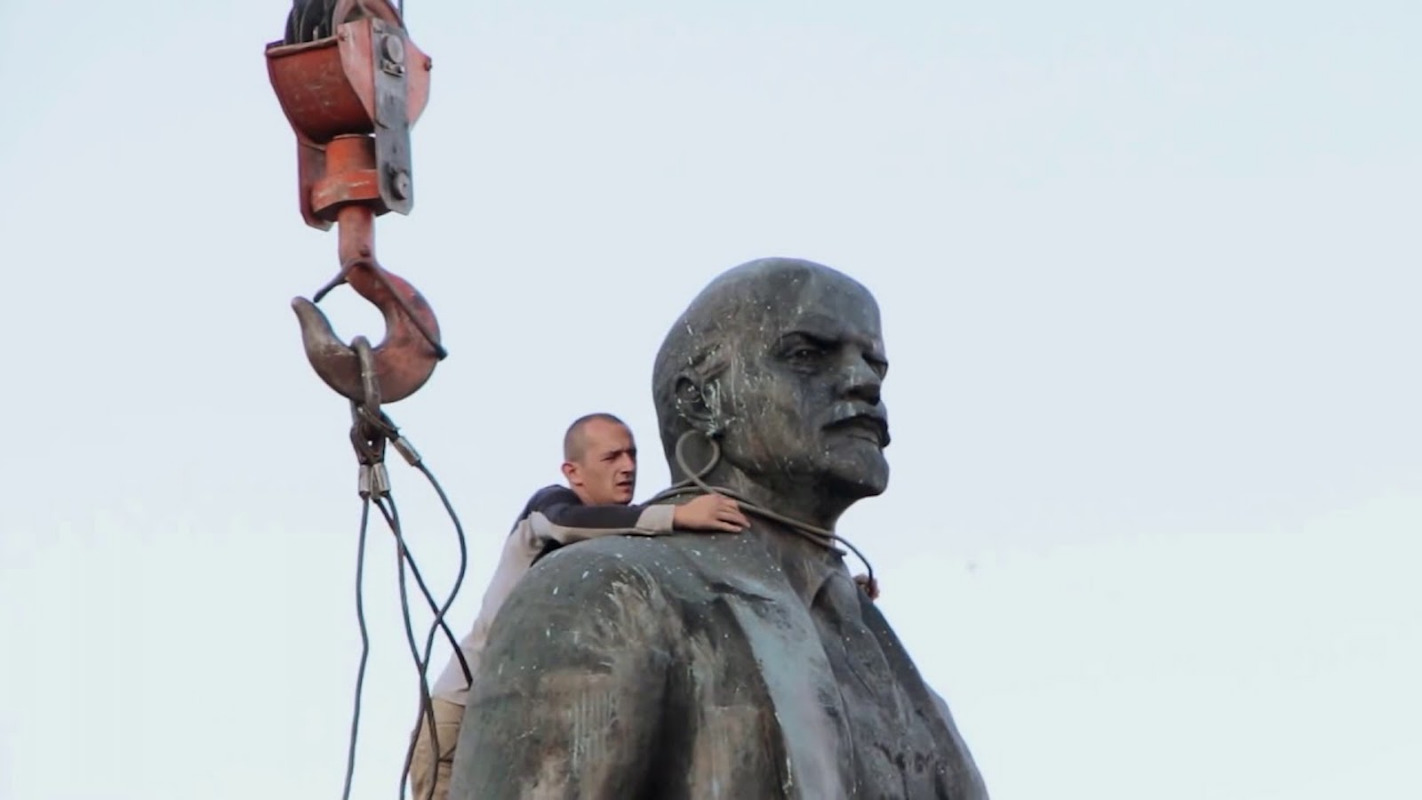 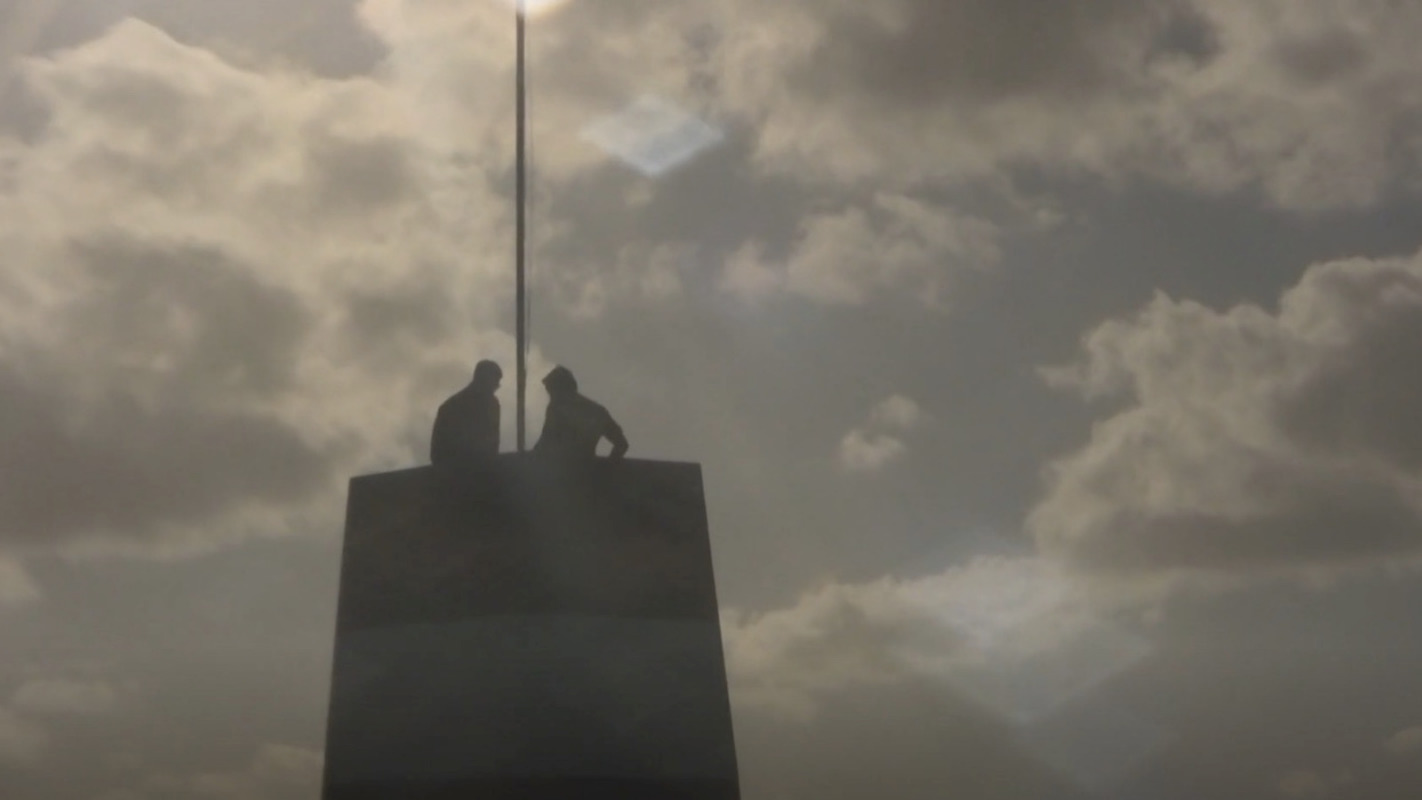 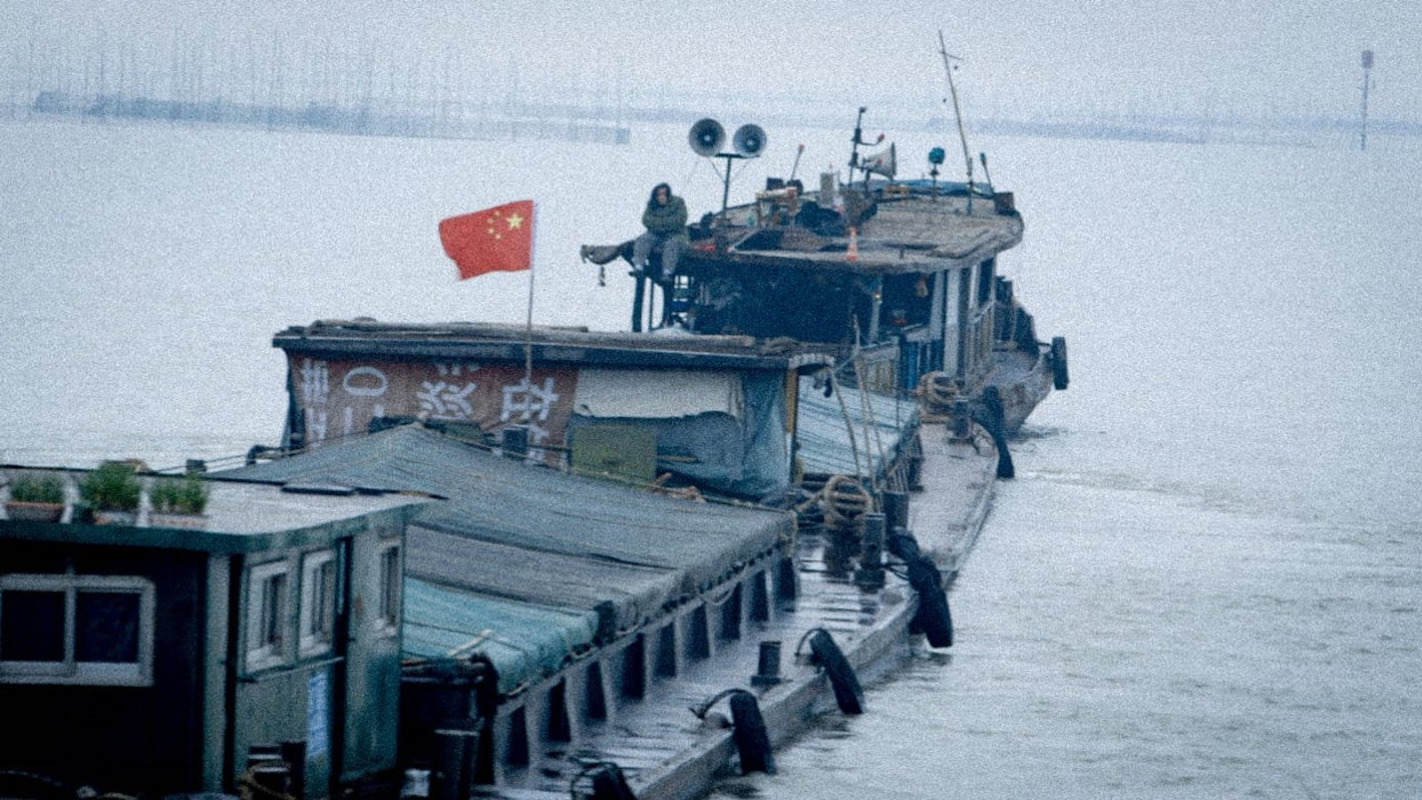 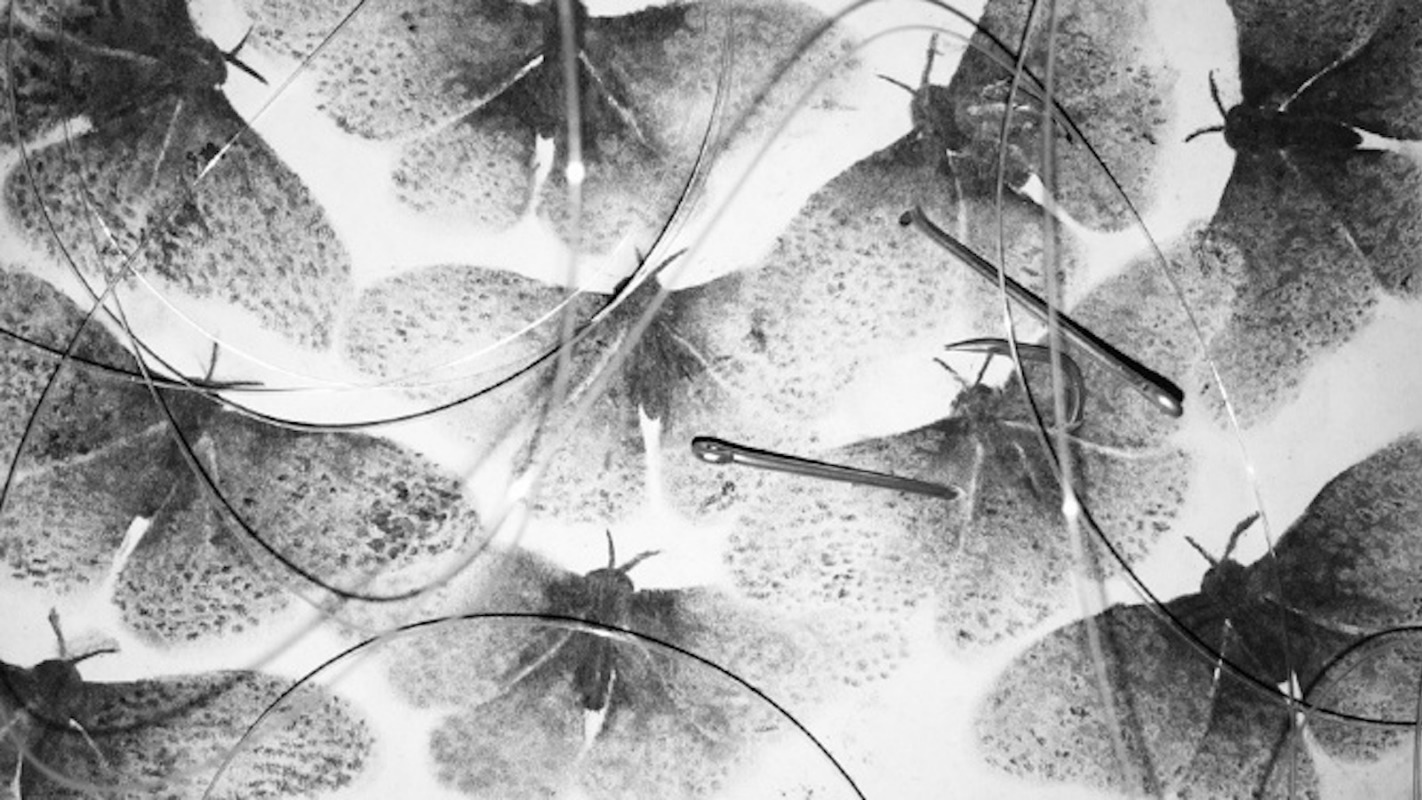 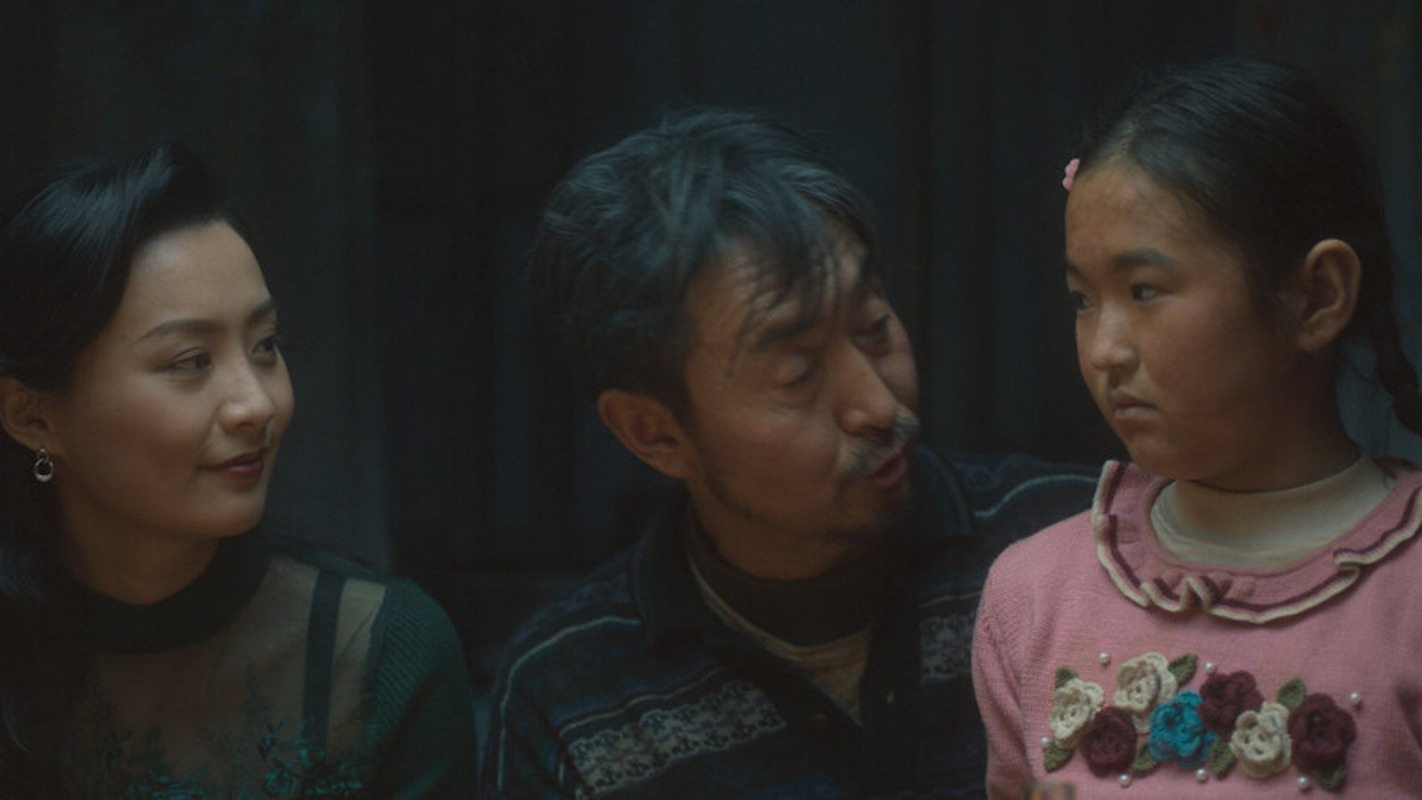 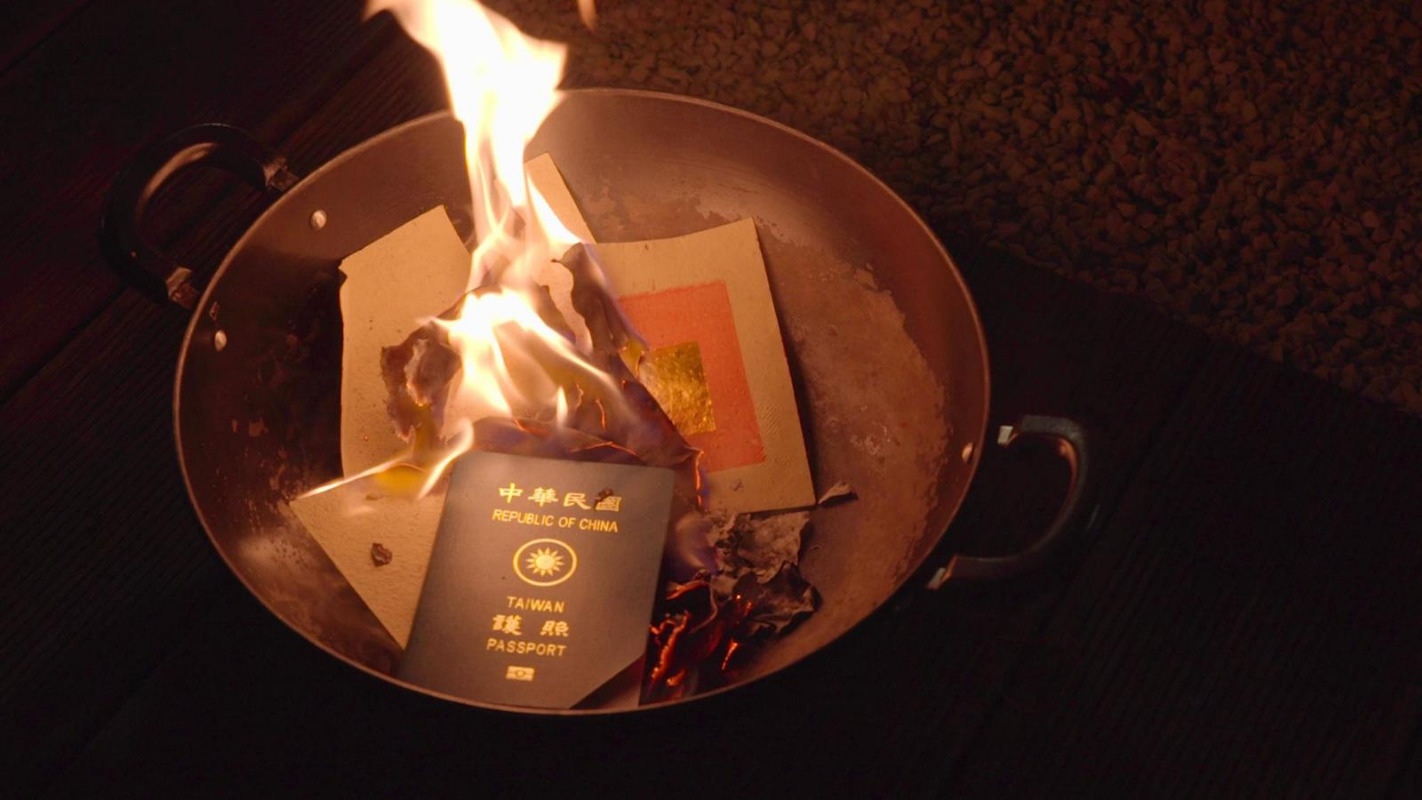 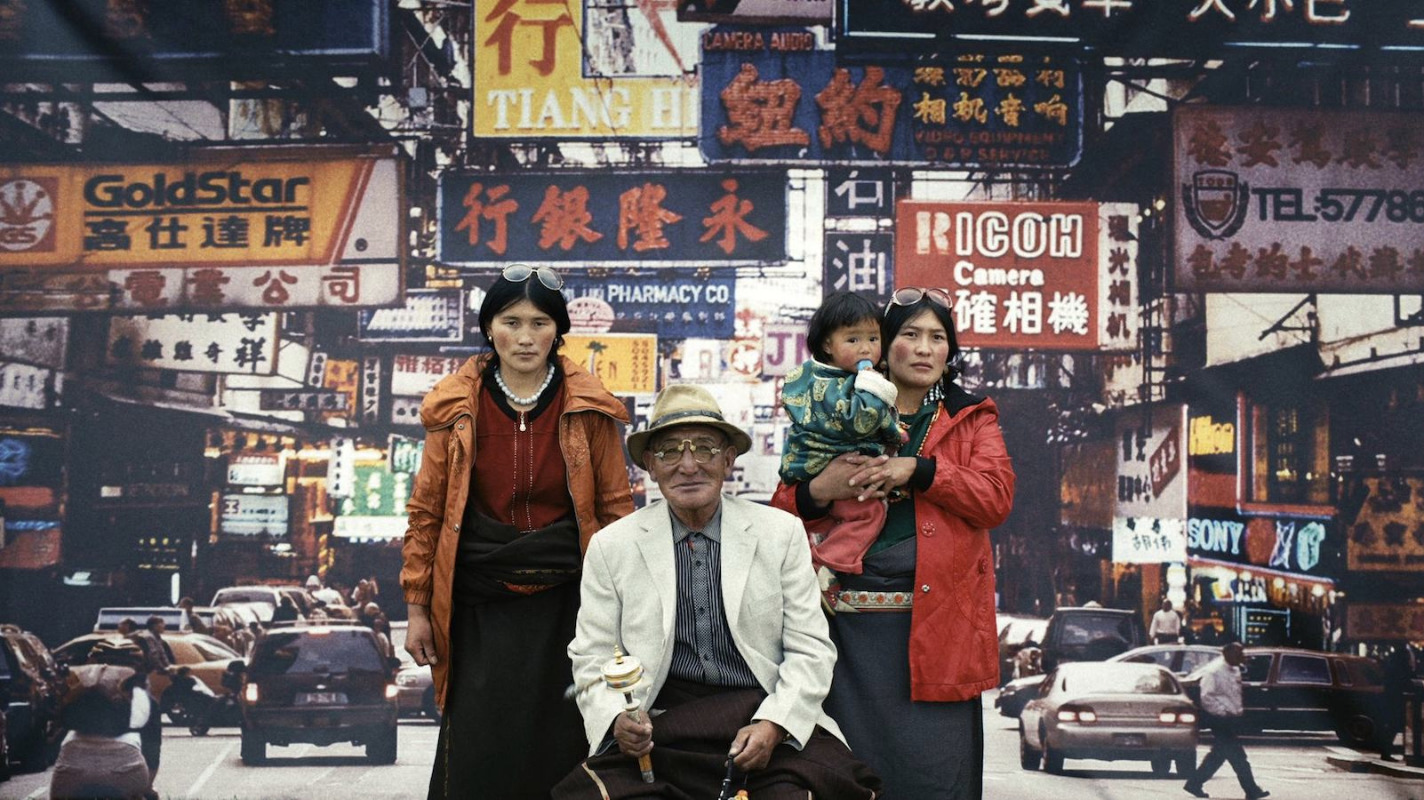 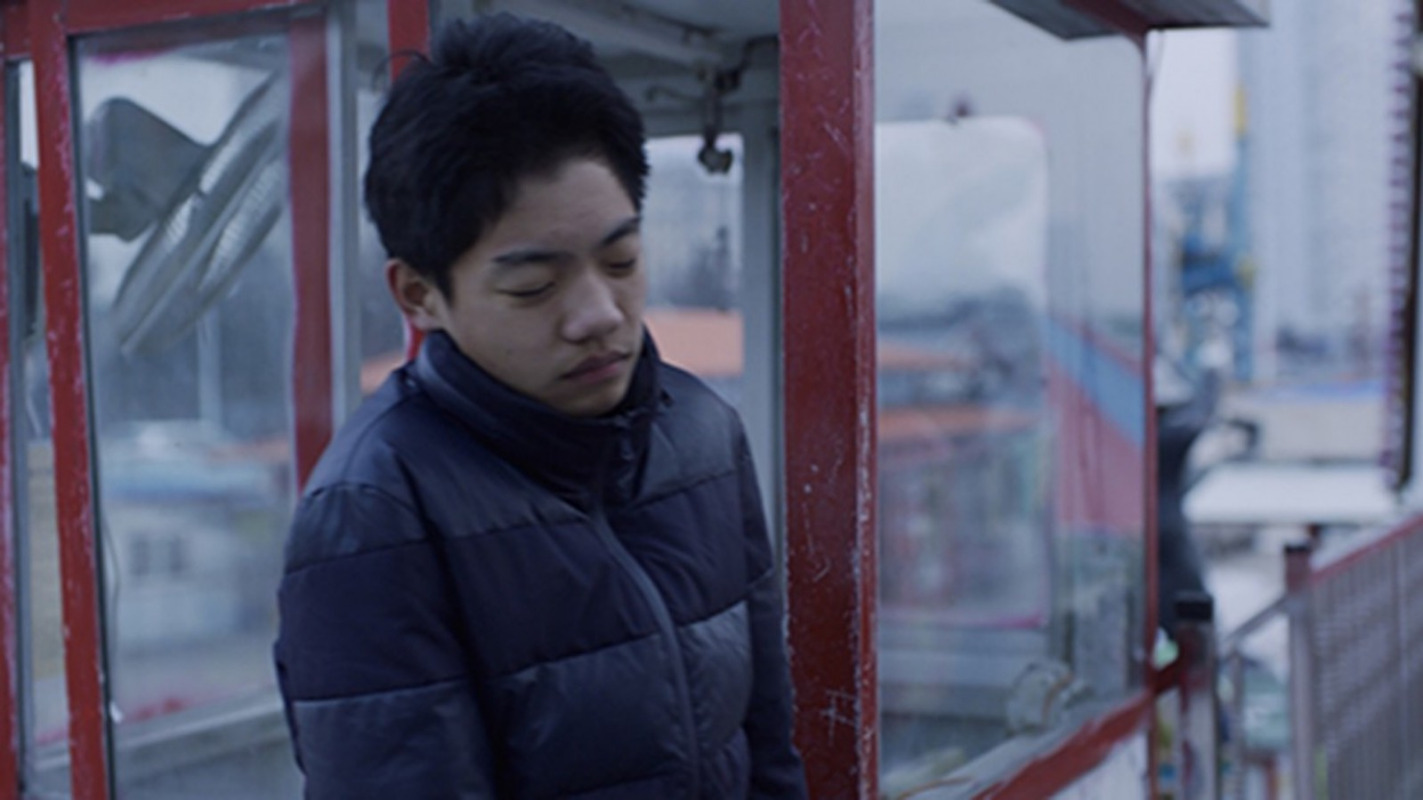 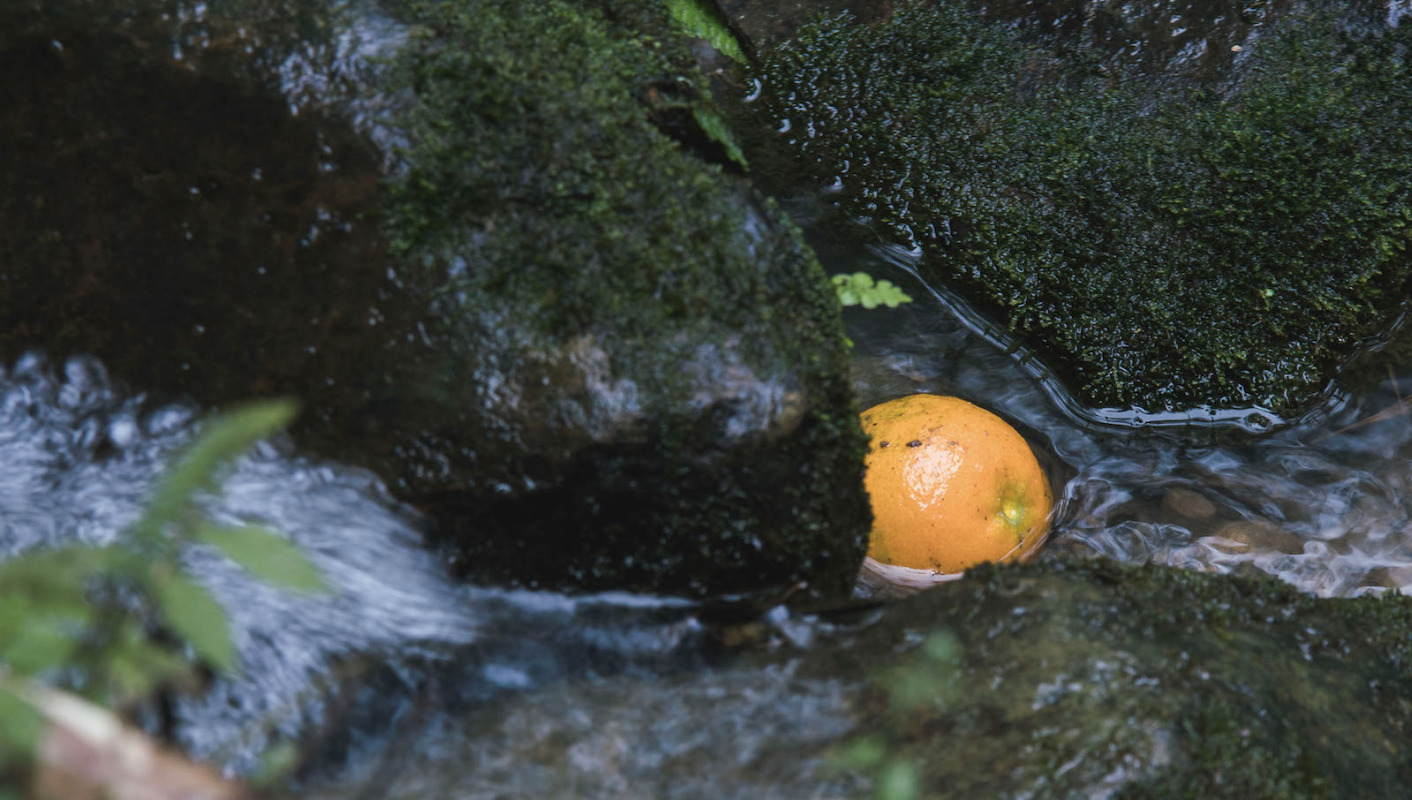 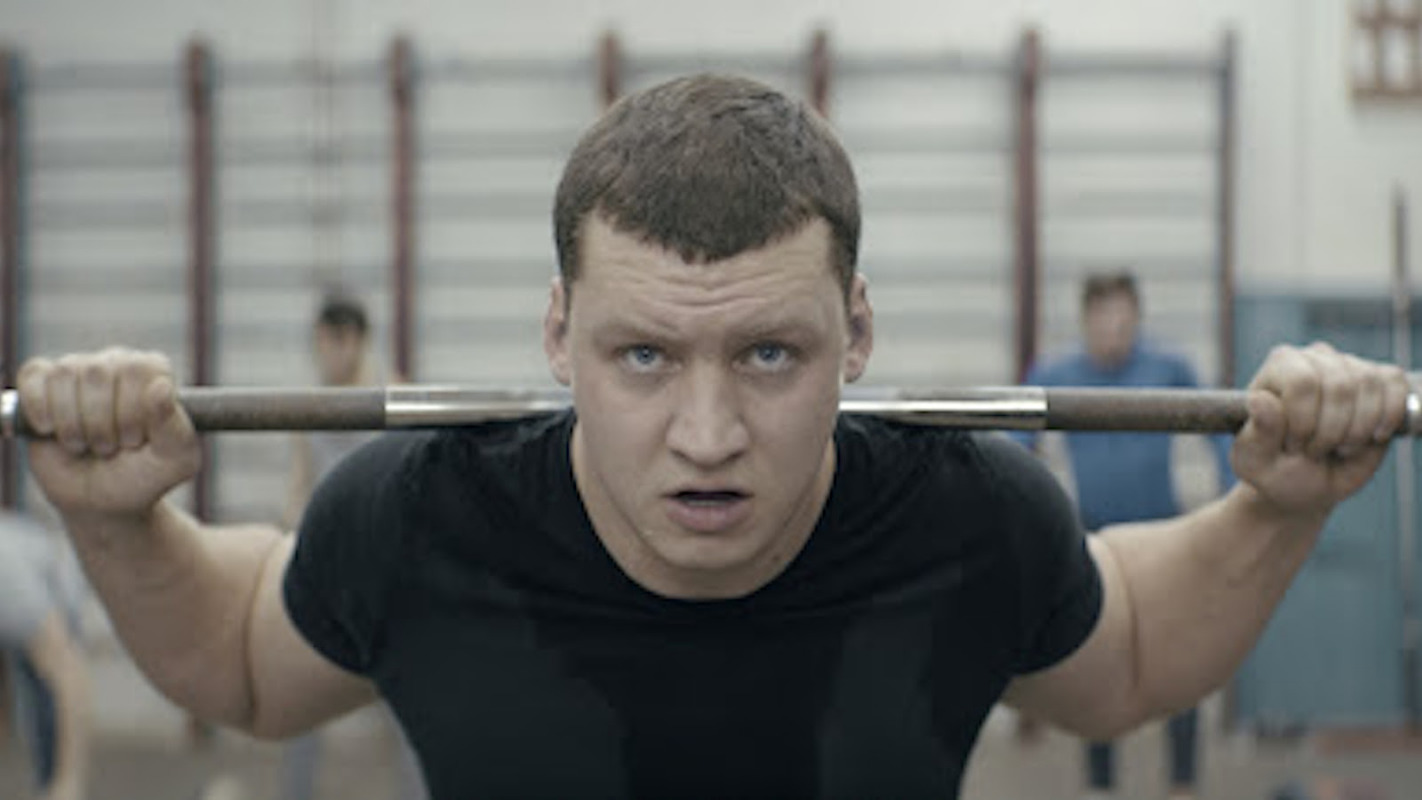 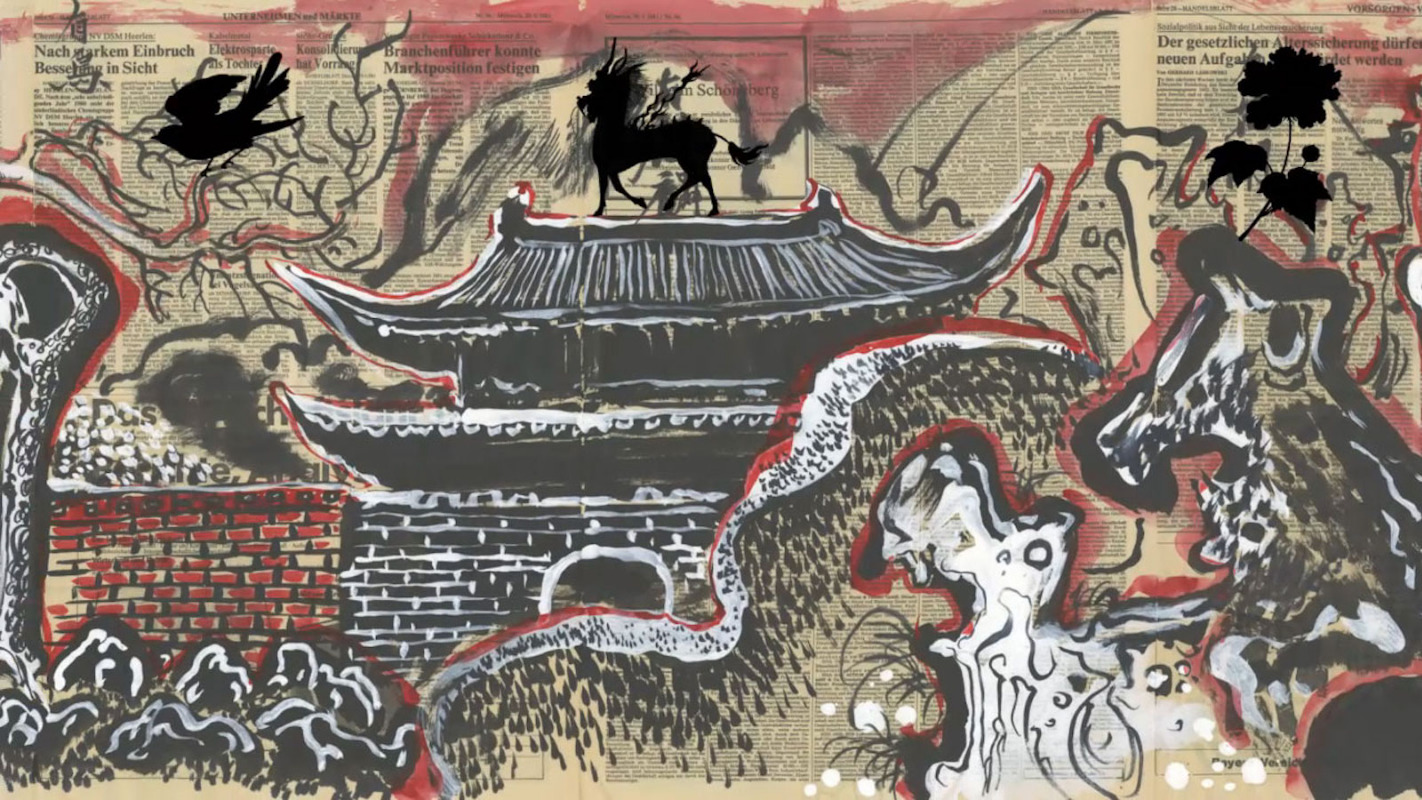 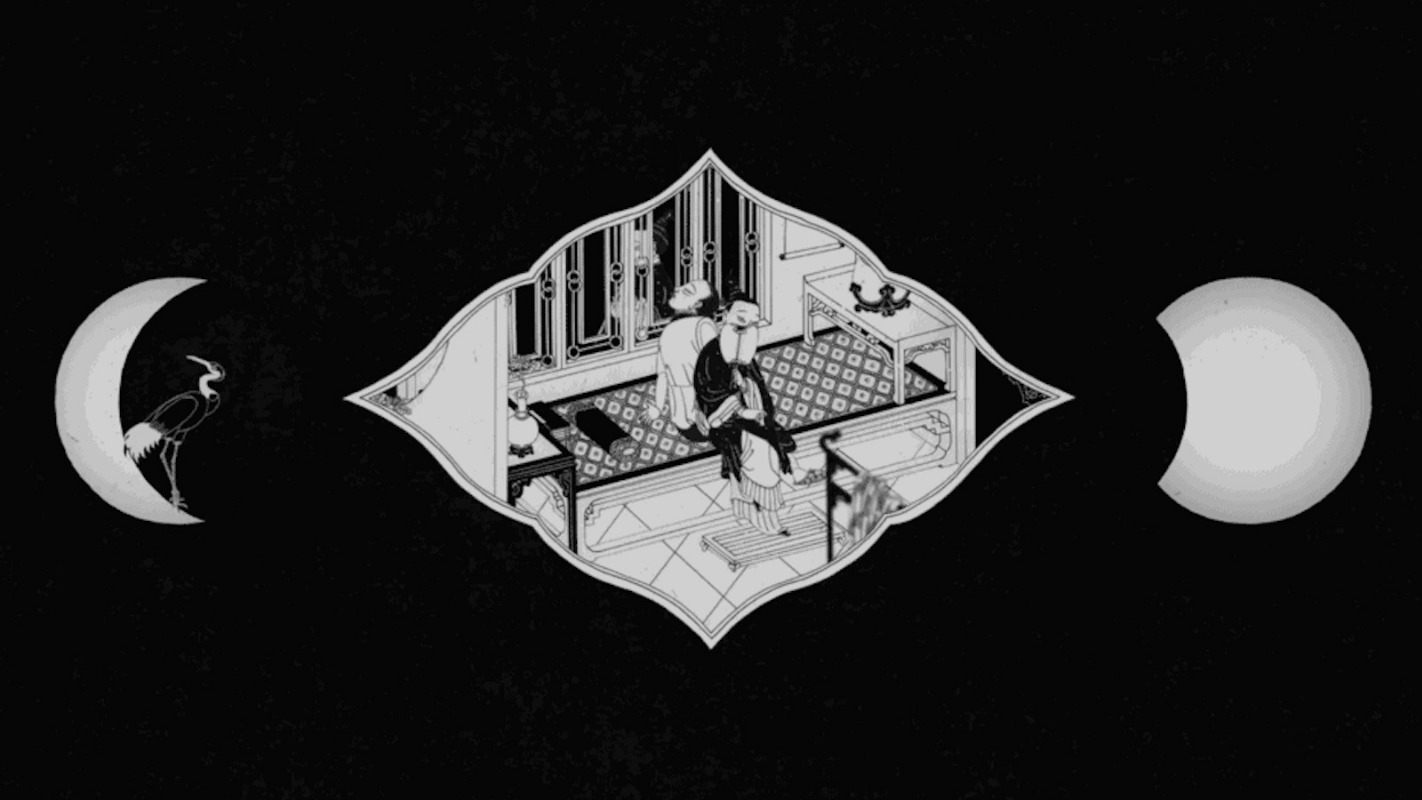 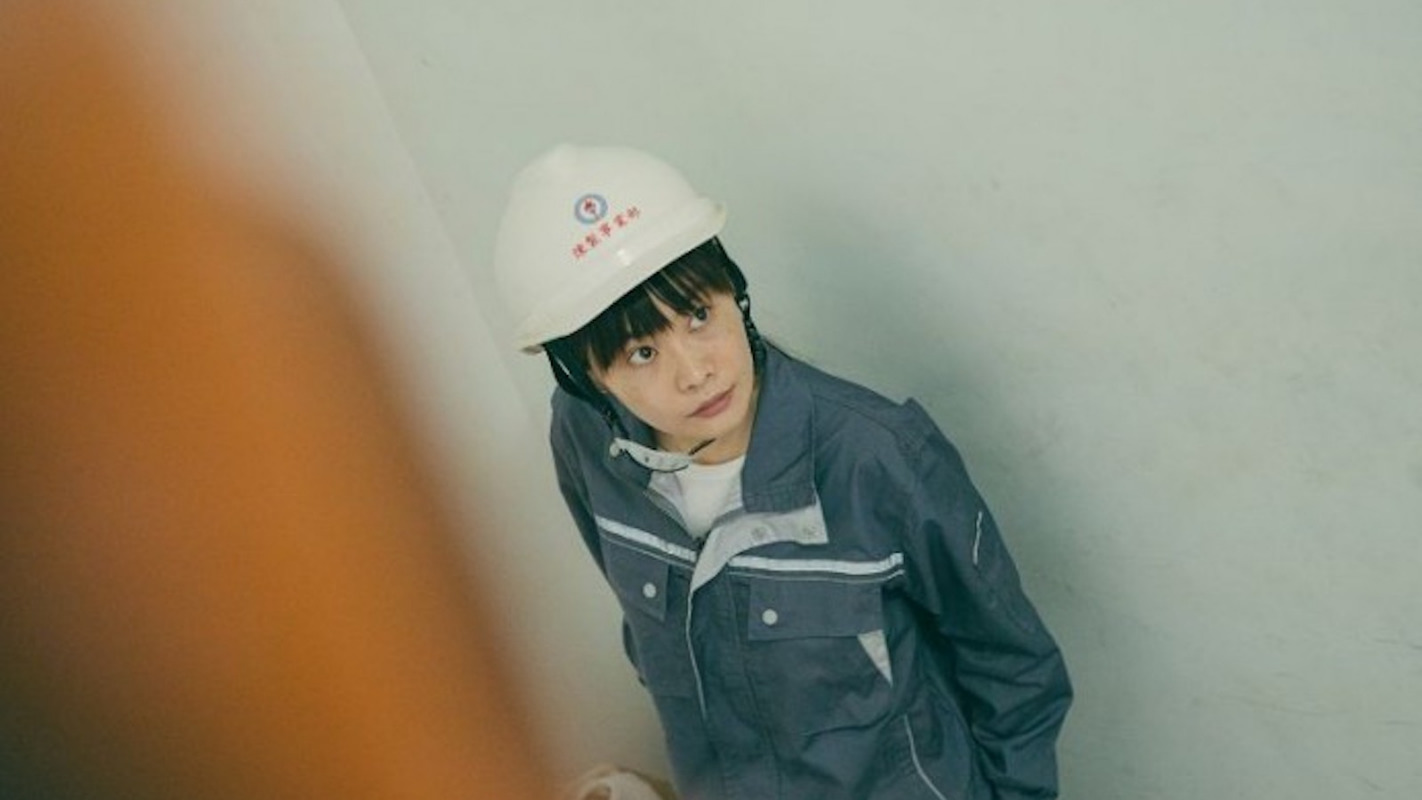 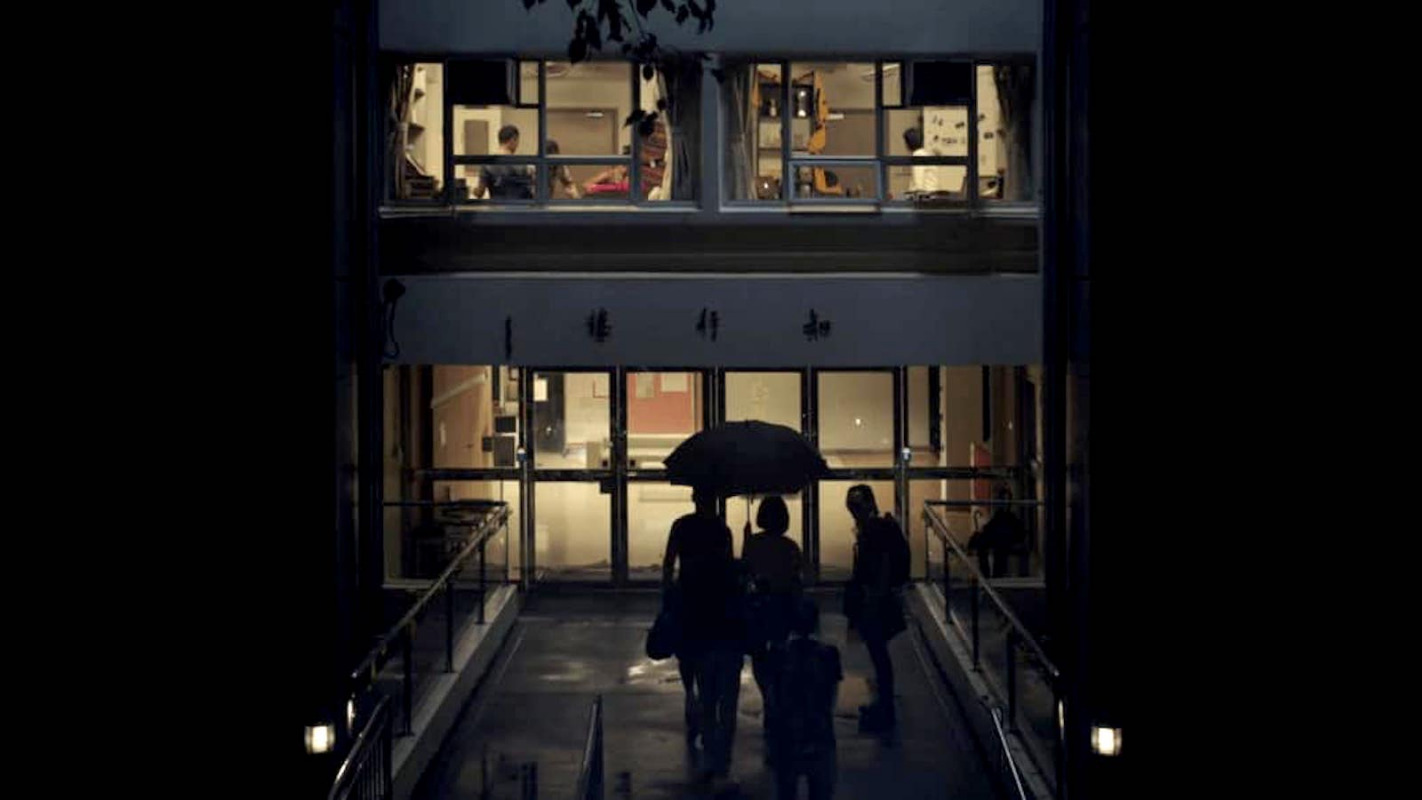 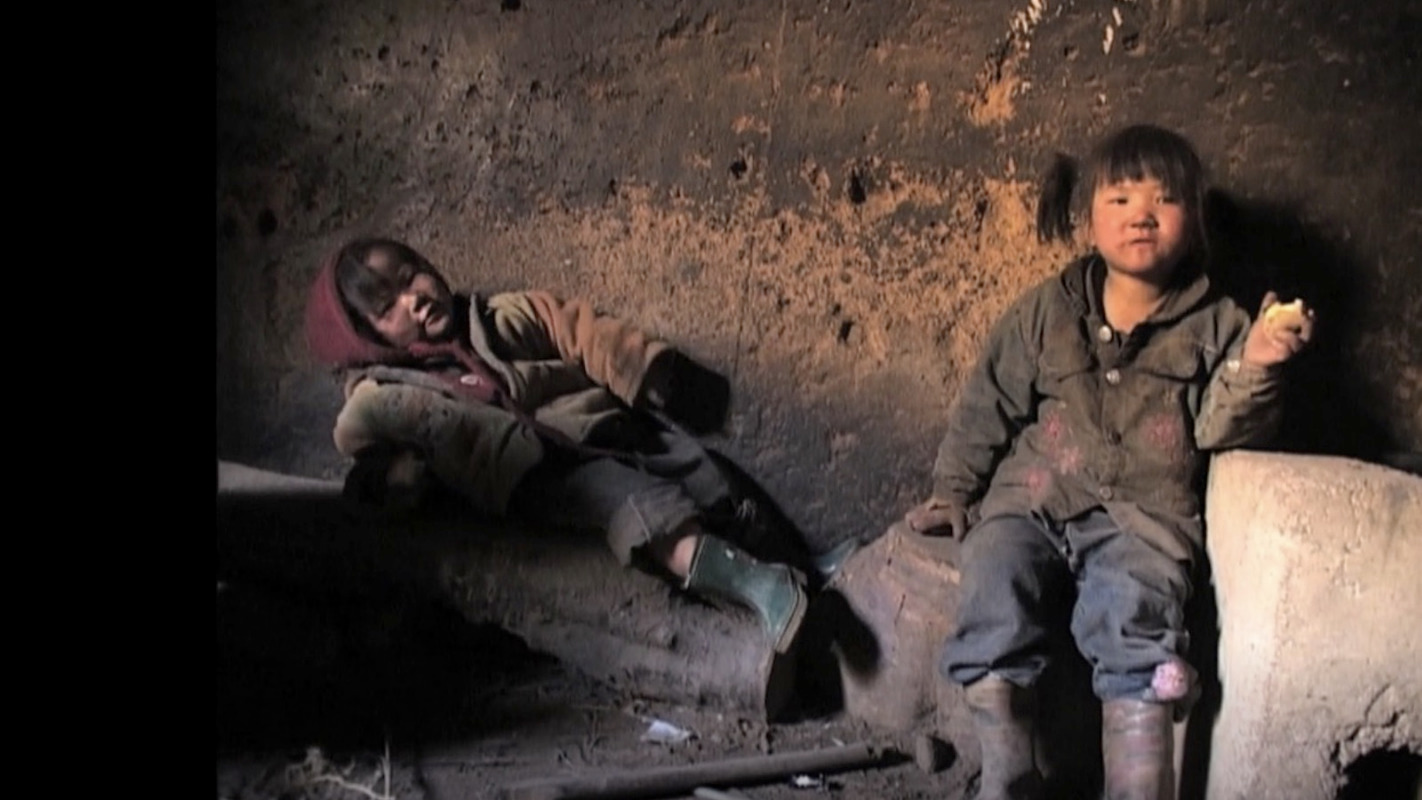 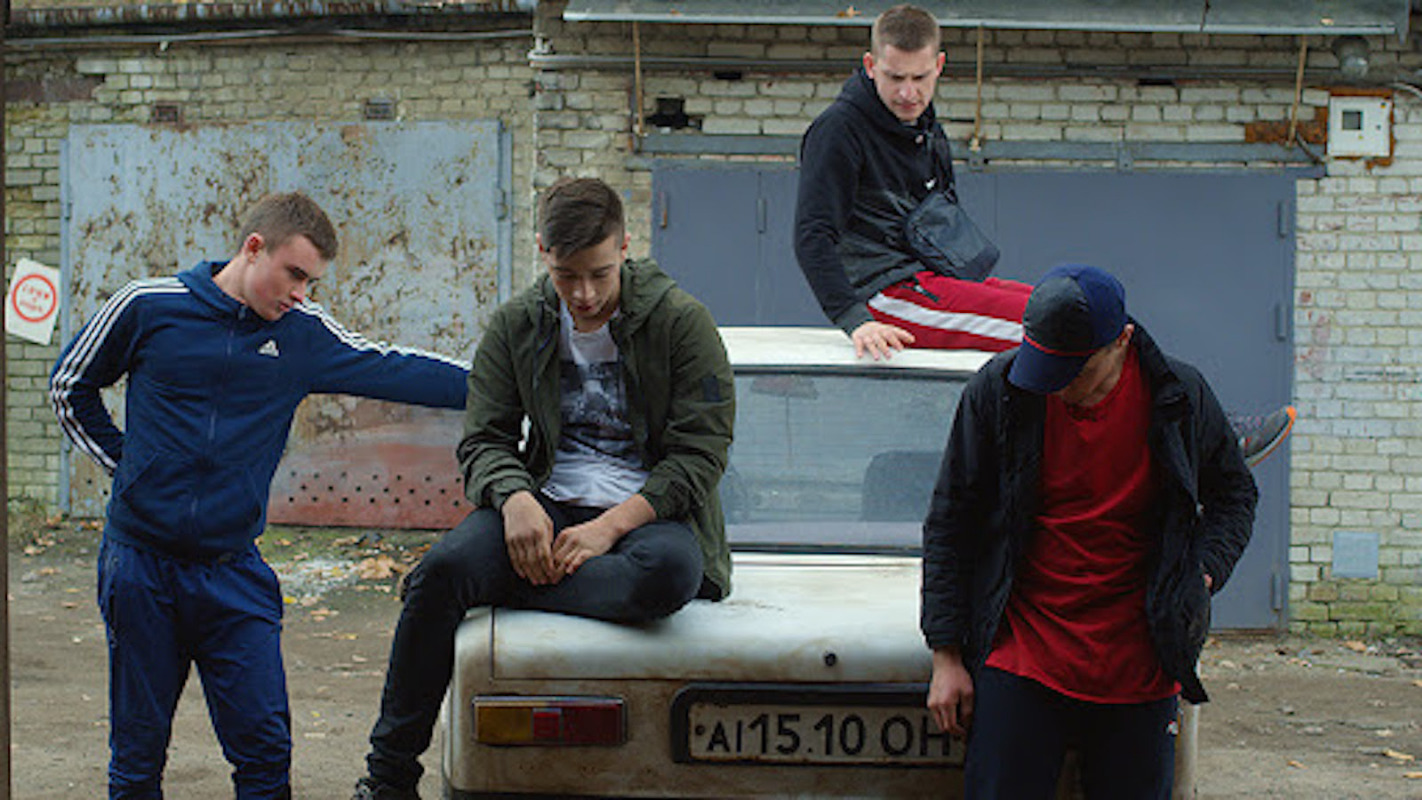 Hua Dongxing lives on the border with North-Korea, but it is South-Korea that is the country of his teenage dreams. The border will never appear on the screen, and neither will the border of age between childhood and adulthood, for Hua’s middle space between family and the world seems to evaporate, swallowed into the no-go space of his Chinese town. On the Border tells of a disintegrated family, hard work conditions, poverty and an almost obvious destiny of migration, even if it only actually appears as an impossible dream.
I happen to think of Joseph Losey’s sublime The Go-Between (1971), and this not only for the theme of mediation (between ages, innocence and fault, family and world, possible and impossible) that reveals itself to be delusional and actually a scorching impact with the hardship of the world. It is also because of the theme of desire, as it is a thread that plays dialectically with the one of despair. If despair manifests through Hua’s expression of resignation in the eyes, through the homogenous grey of the town, the cold of the winter, and the recurrence of broken pleasures – the motorcycle, the video-game, the Ferris-wheel – desire will find an expression through moments of bright and somehow vulgar colours. What I appreciate in Wei Shujun’s way of filming the most is his ability to tell the story mainly through the hesitation of his characters or the allusions in their movements and gazes. The ellipsis in the filmic language of On the Border means breaking, despair, and breathing, desire, simultaneously. With a cinema that speaks through gestures, pauses, or an ephemeral song, the dialectic of desire and despair makes this film vibrate, even if the border will never be reached.
Giuseppe Di Salvatore 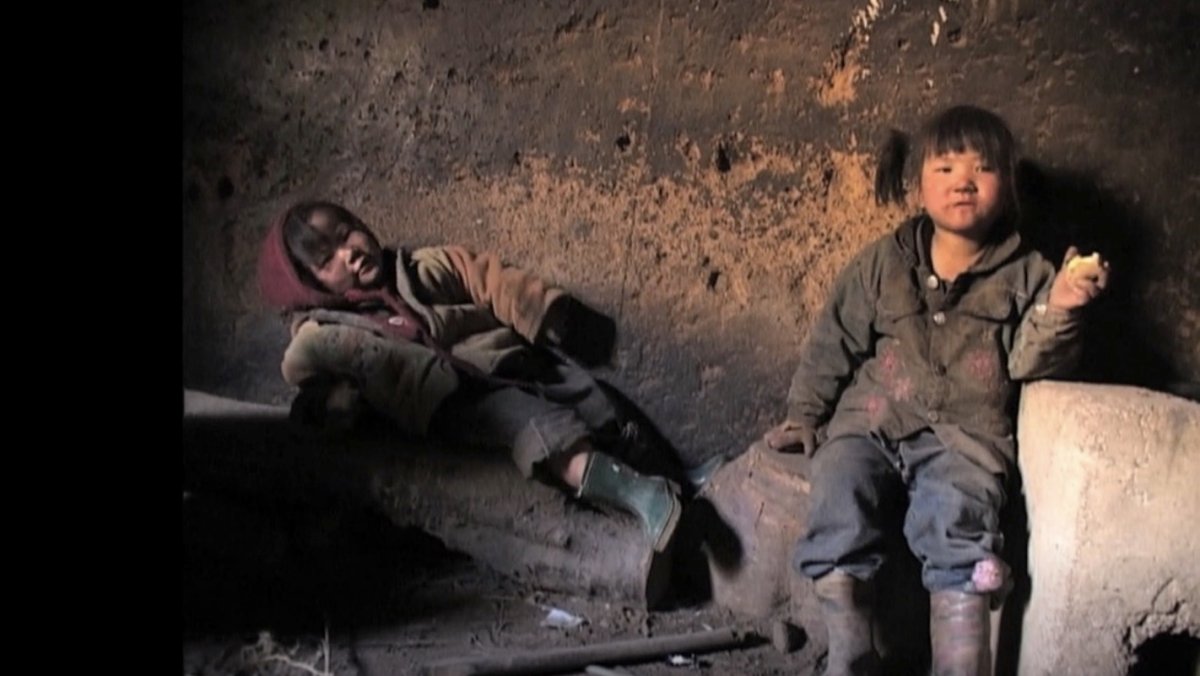 The Sound of Falling 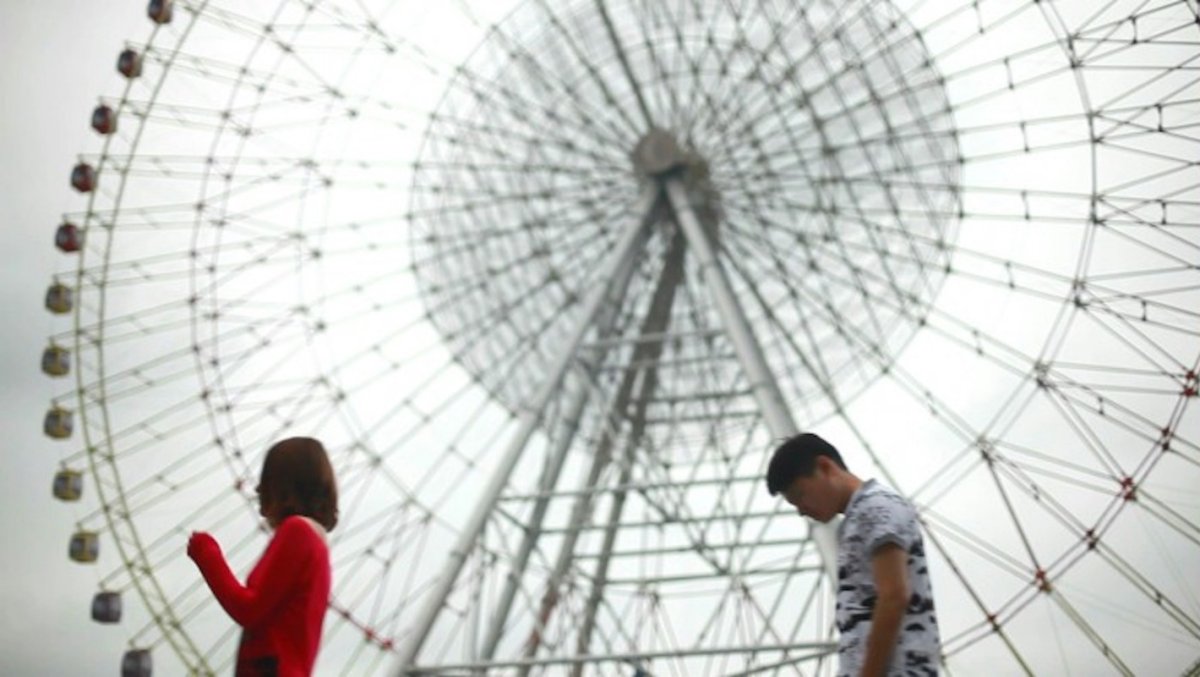 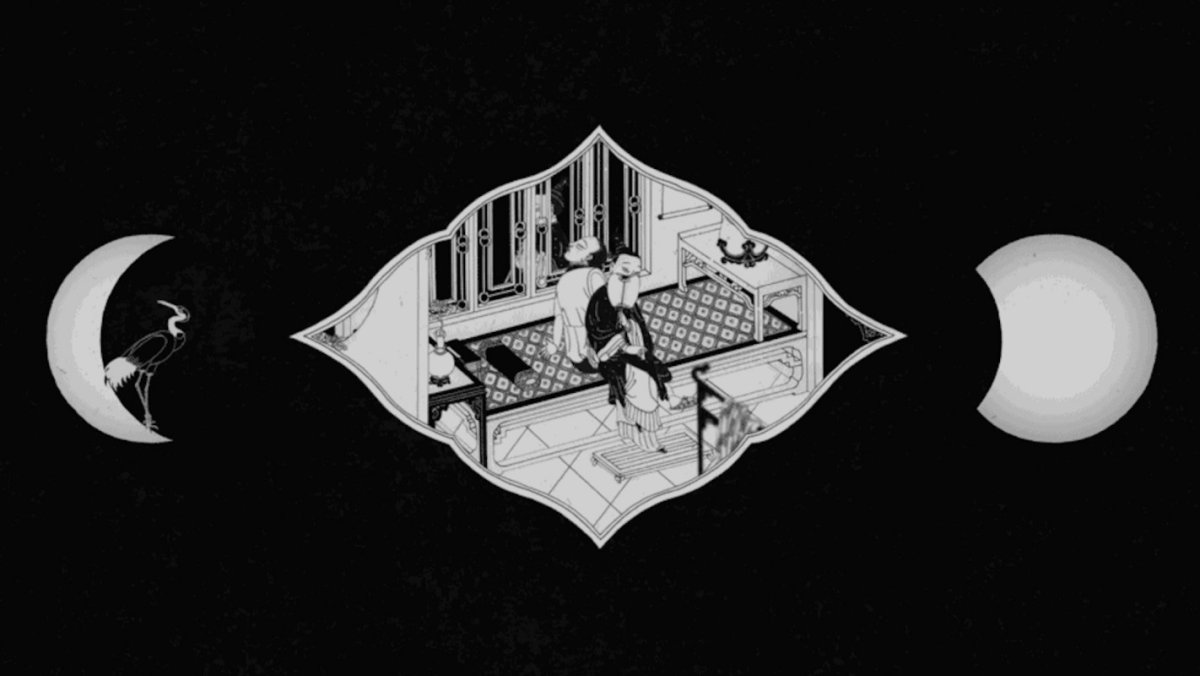 The murmur of time takes on curious rhythms in Xi Chen’s animation. The mechanical jitter of projected images speaks of their fragility, as do the scratches and the flickering of light. Underneath the projection, however, lies order: the animation flows with the calm unfolding of a scroll. In their latest offering (which premiered last year at Annecy) Chen and An return to the stylised black-and-white cut-outs they had already showcased in Swallow (2014), except here the allegorical undertones of the mise-en-scène are pushed to the fore. The film is a parable (about time, about the cyclical nature of desire, and the suffering it brings). Composition is complex too, as three areas divide the frame: a central cartouche and two lateral, round sections. The narrative flows sideways, as a loop of six vignettes in which a male figure repeatedly enters a room to meet a woman, and is in turn lured away by an identical woman, for she crosses the space outside the cartouche and leads him into the next quasi-identical vignette. Overall, the loop structure has echoes of Reynaud’s praxinoscope: Chen and An subtly link the illusion of movement at the heart of animation to the illusion of desire. A crane (a Chinese symbol of immortality) overlooks the scene in an ironic counterpoint, and eventually replaces the female figures as the man reaches the end of the loop having lost his companion. Masterful, calligraphic and disarmingly beautiful.
PM Cicchetti

Xun Sun’s film is something of an iconographic safari, steeped in both mythological lore and pop culture. Allegedly lamenting the Western contamination of Eastern cultural imagery, Tear of Chiwen plays out as a postmodern wacky race: the elegant linear travelling that opens the film (a formal nod to tradition shared with Xi Chen) bursts into colourful sketches, as extraneous elements begin to populate the travelling island of Chinese myth. Nods to Disney and Géricault emerge, and the initial idyll explodes into a kaleidoscope. The visual references are a little too lovingly done to be believable as a j’accuse, but if that is a fault it’s one that adds to the charm. The film culminates with an apparent return to order, as a divine figure shoots an arrow in the opposite direction of the initial travelling, and the animation returns (purged? momentarily?) to the essential linearity of the beginning. Aside: Sun is currently collecting drawings from artists all over the world for a collaborative pandemic film. One-world aesthetic is perhaps stronger in him than this film would lead to think.
PM Cicchetti

RCA-graduate Calibei Cai is an animator whose visual sensibility draws upon a delicate mash of the oneiric and the mundane. Previous work featured heavily geometrical phantasie, reminiscent of abstract 1970s animation, and introduced the theme of insomnia. Half Asleep returns to the theme of sleep, but drops the voice-over narration to veer decidedly towards figural metaphors and surrealist imagery. Two half bodies, variously joined, engage in continuous permutations while other iconographic elements (butterflies, fishing hooks) punctuate their minuet. The film is tactile, textural (Cai projected its drawings on fabric) and steeped in a rich sensorial soundscape: strained ropes, babblings, marbles rolling on metal, half-voiced sighs, small clacks, scratches, leather being bent, switches being flicked. The overall sense is that of someone being born, or waking up, as unseen ghosts pull them back into a cosmos of half-formed things. A balanced, linguistically mature work that promises more to come.
PM Cicchetti 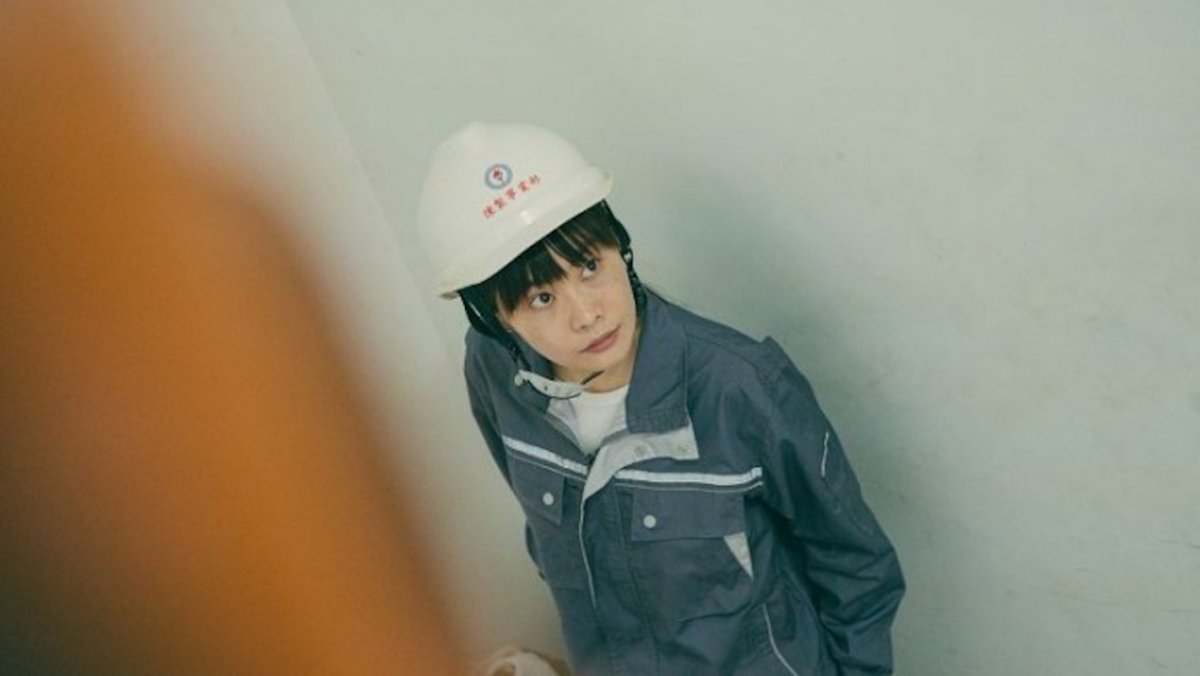 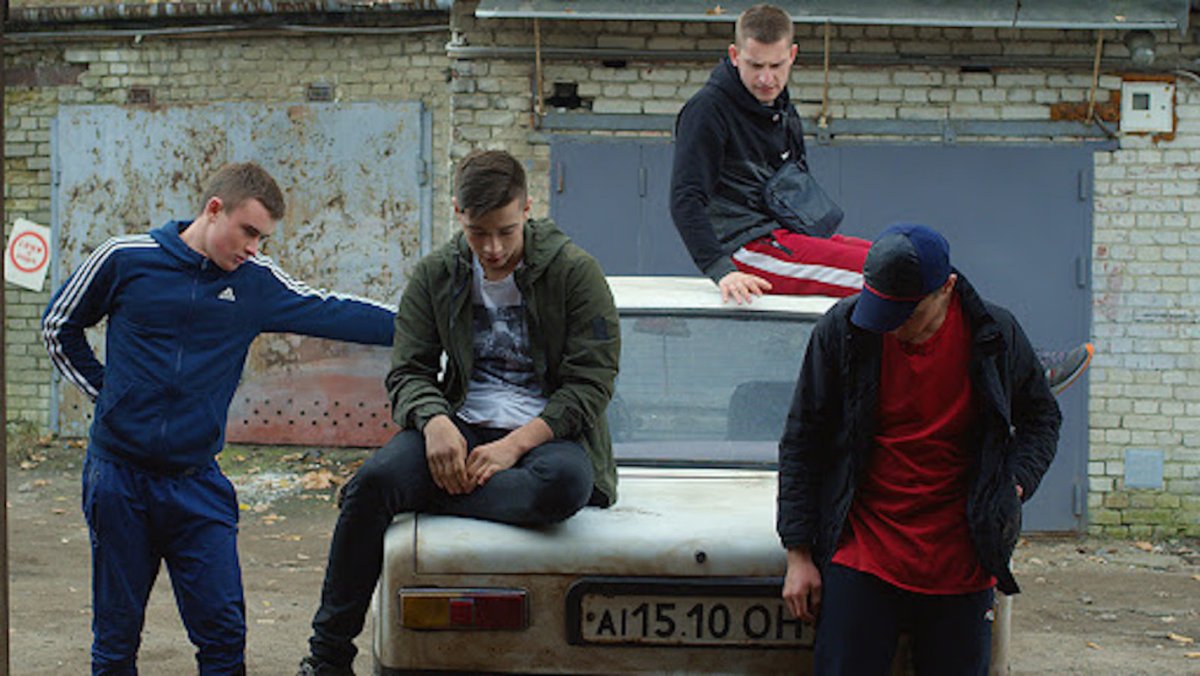 The Fall of Lenin

The Edward Colston statue stood at the bottom of my street when I lived in Bristol. I used to walk past it when going to the cinema on the harbourside. When I saw the seventeenth-century slave trader responsible for the transportation of 84.000 Africans torn down from his plinth, dragged to the harbourside and thrown into the murky depths I felt history rumble through me. He lies at the bottom of the ocean like the thousands of innocent lives he was responsible for. That moment was poetic justice. Watching the seismic dethroning in The Fall of Lenin from 2020 – from a summer of radical historiographical reimagining – speaks volumes. I first saw the film at a 2017 Serbian festival but rewatching it now its message feels amplified. The artworks speak to one another. I delight in Shymko’s repurposing of images from the Euromaidan dethroning besides archive footage of besotted crowds gathering below said dictator. I delight in the jubilant fanfare layered over the top of its victorious leader’s demise. The repurposing of material is powerful because it proves these figureheads are not as untouchable, unassailable or unquestionable as we are taught to believe. I delight, most of all, in the fact that this project was funded by the British Council. The Colston video, which I first watched on Instagram and was shared across the world, and might even now be nominated for the Turner Prize, was more recently used to prosecute those involved under criminal charges. I wish my country could use the moving image to gut its culture in this way. I wish it would exorcise the phantoms that continue to uphold the systems of oppression that reign strong, and I hope when it does I get to record it all on my phone with impunity.
Laura Davis 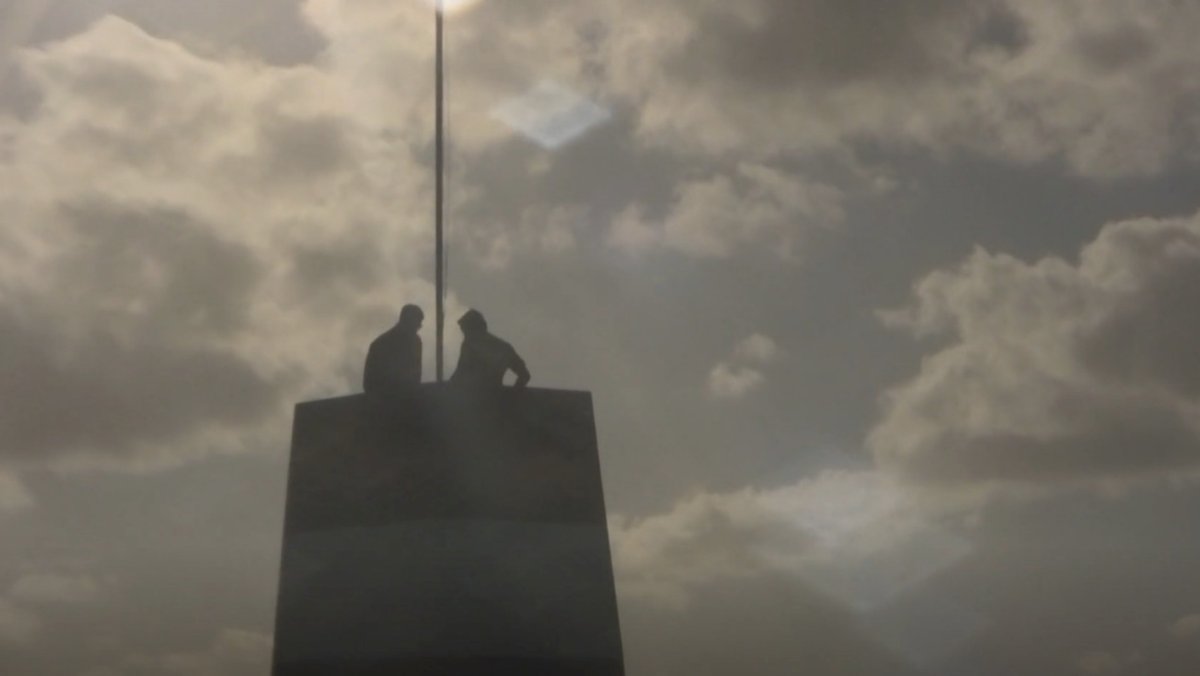 When recording sound for the first time you hear the world anew. The audio track is all planes flying overhead, the hum of next door’s generator or, on a beach, the deafening noise of wind blowing into the speakers. Film of Sand choses to accept this total domination as well as other transmissions and interferences. We receive radio signals, wave forms, messages on a dating app and other missives throughout the twelve minute film. The narrator tells us that amateur radio operators were the first users of social networks, connecting the ionosphere and meteor showers to a need for personal connection. The score pulses through the battering winds. It reaches out to me with an ionized heartbeat hoping to be felt. The photography manipulates images of waves crashing slower and then faster onto the seashore, forming a new waveform in and of itself. We are the lighthouse signalling our intent into the world, hoping to find love in the flotsam and jetsam that wash up on the shore. The radio however picks up hatred -- a ripple of feeling that evolves into a tidal storm. The image of sand and water crossfades to footage of homophobic protesters. The narrator quotes French philosopher Alain Badiou to say love is constantly under threat from individualism. If we need our signals to be reciprocal, we need to sing into the wind and hope it returns our song a symphony.
Laura Davis