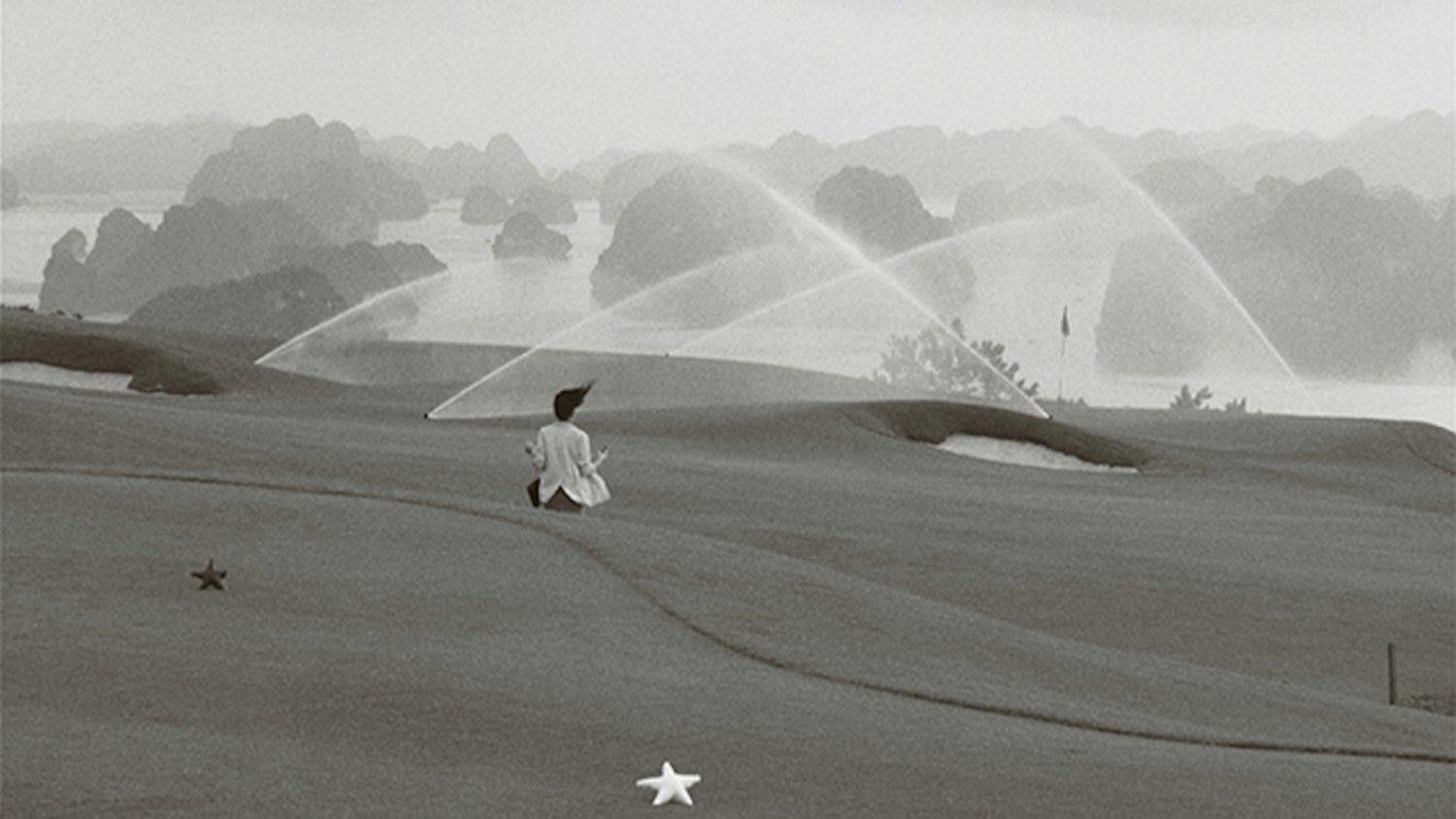 The films are available as ONLINE SCREENINGS on the platform Festival Scope until the 19th of April
Attention: limited access! 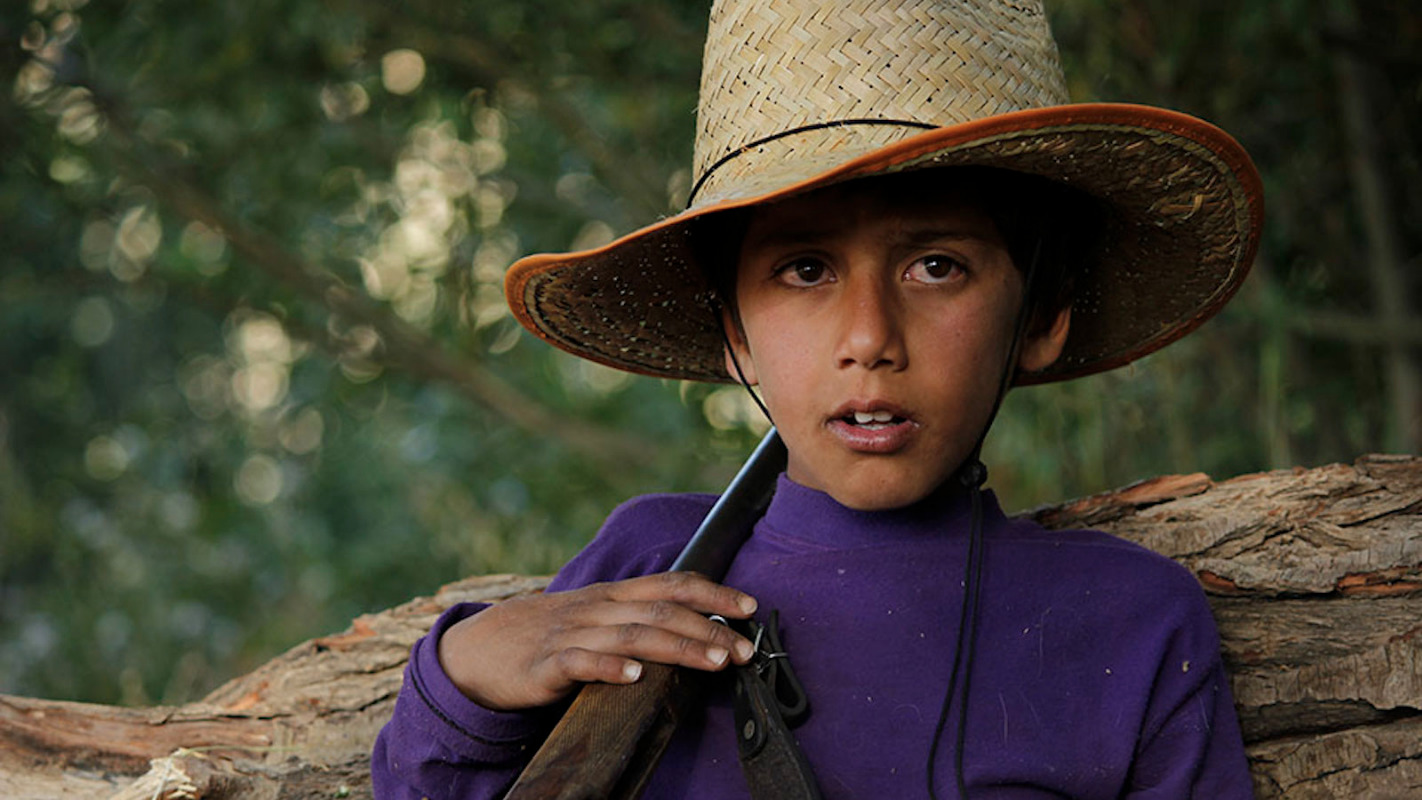 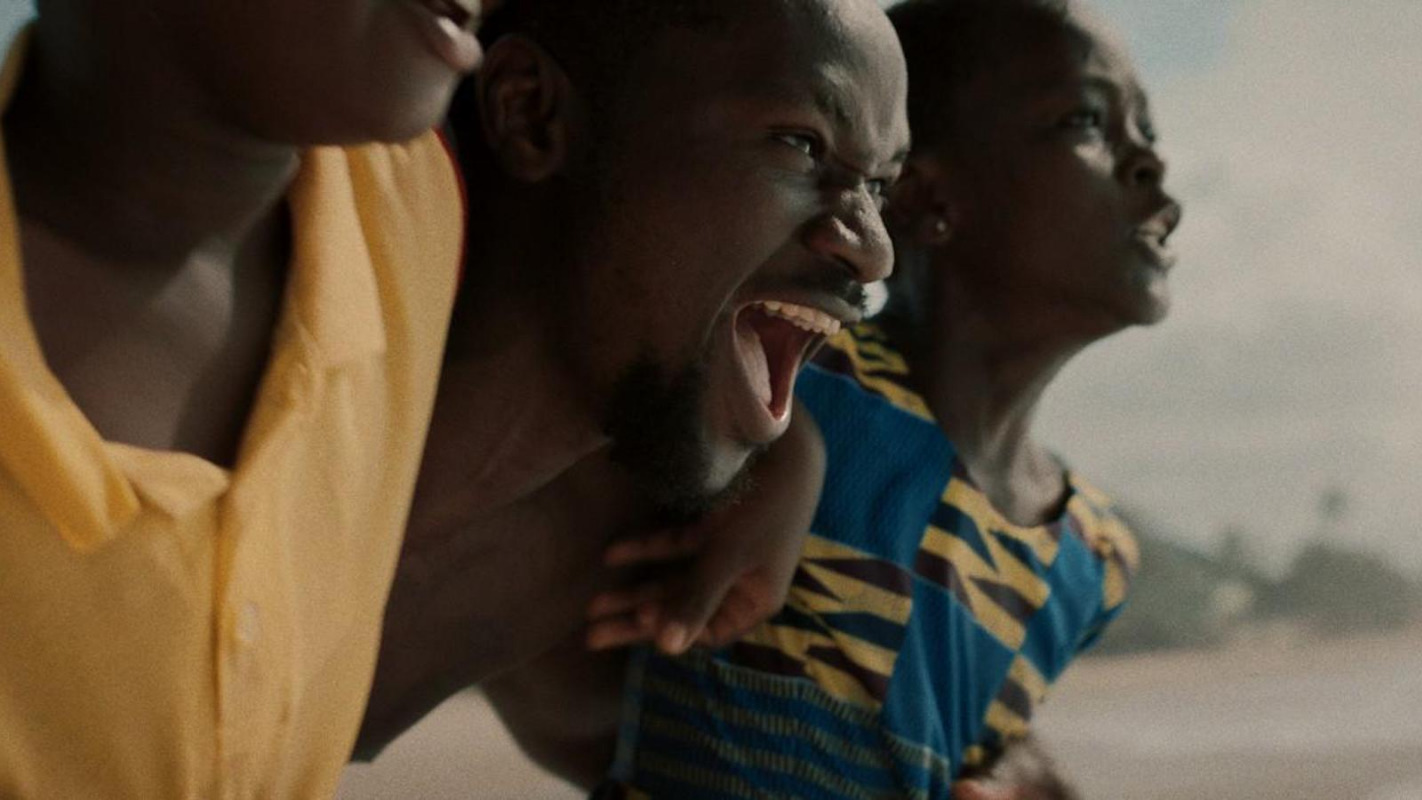 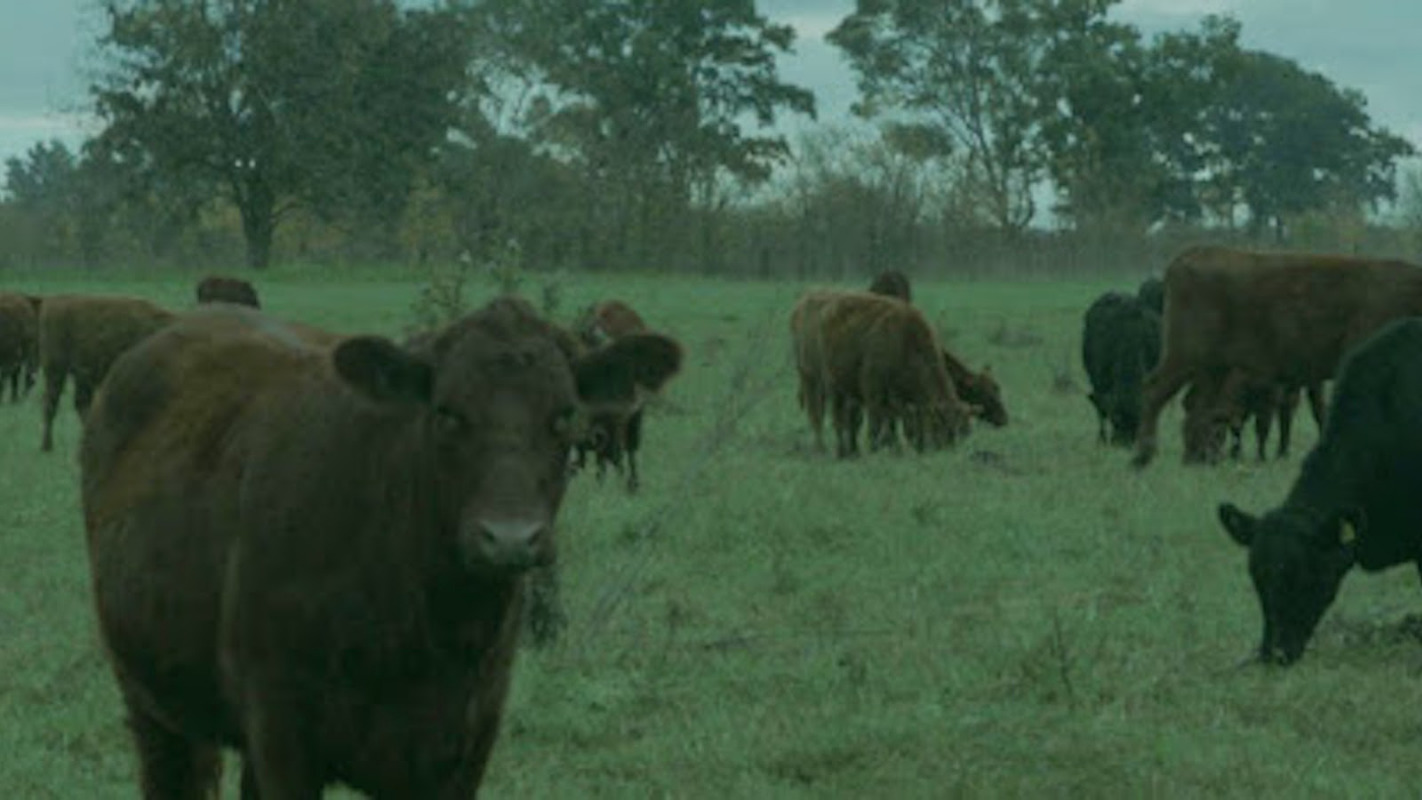 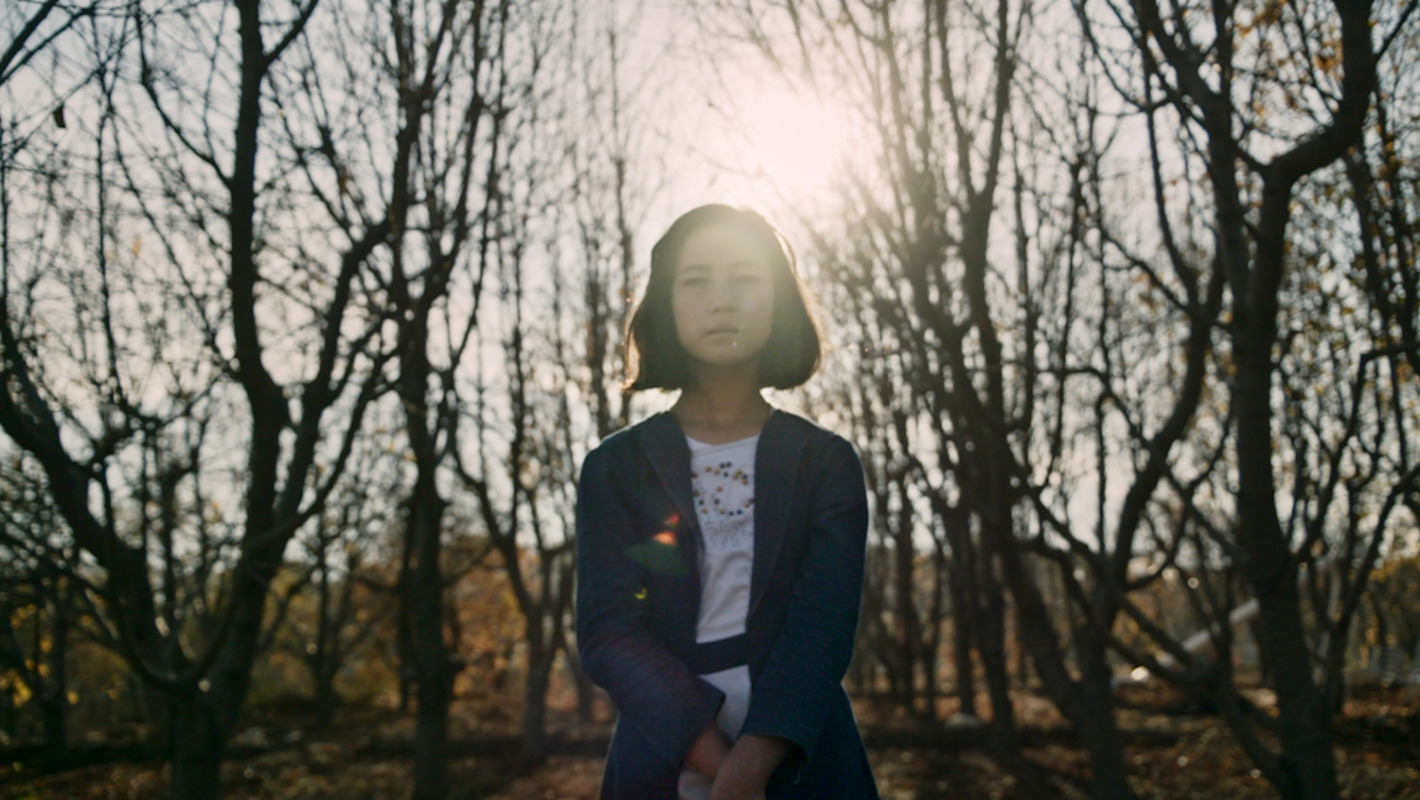 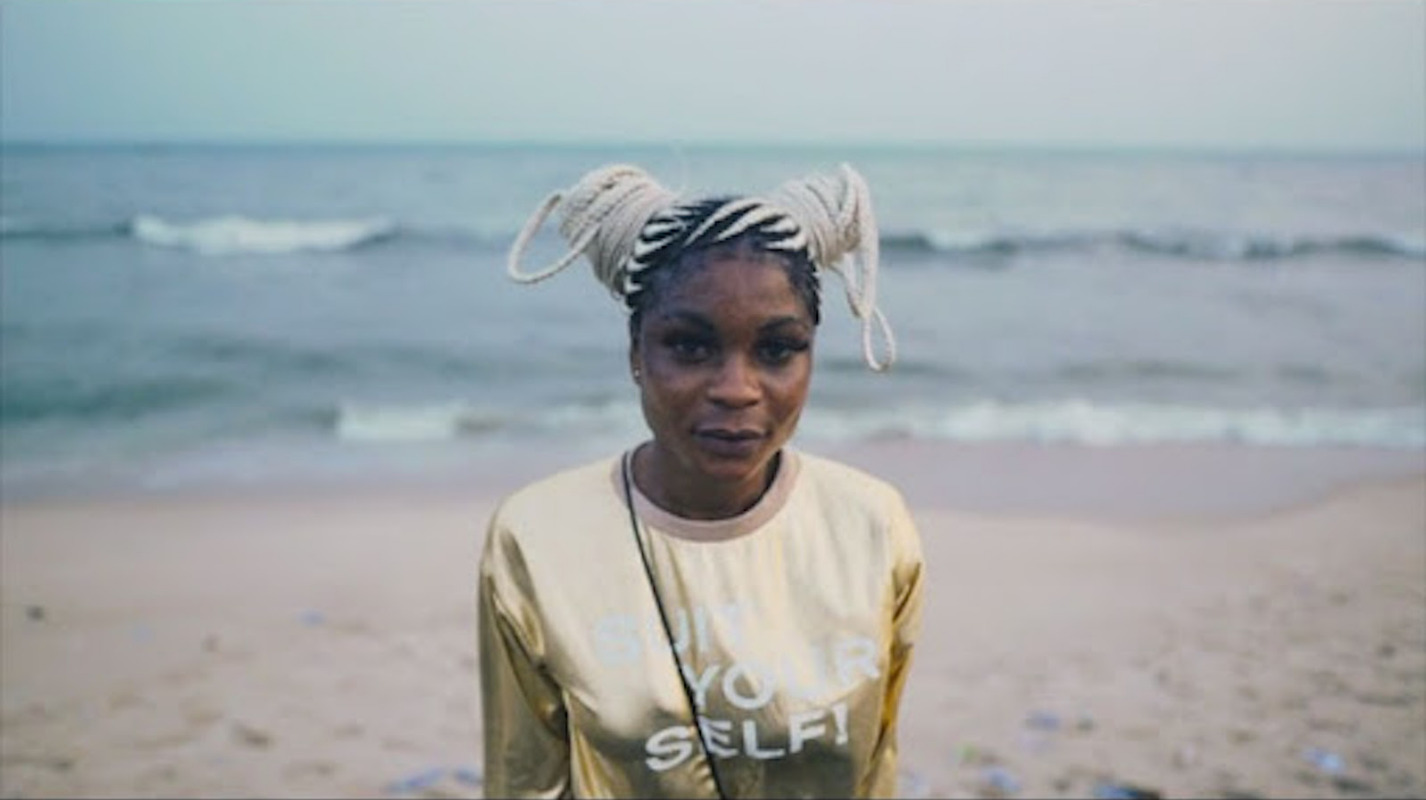 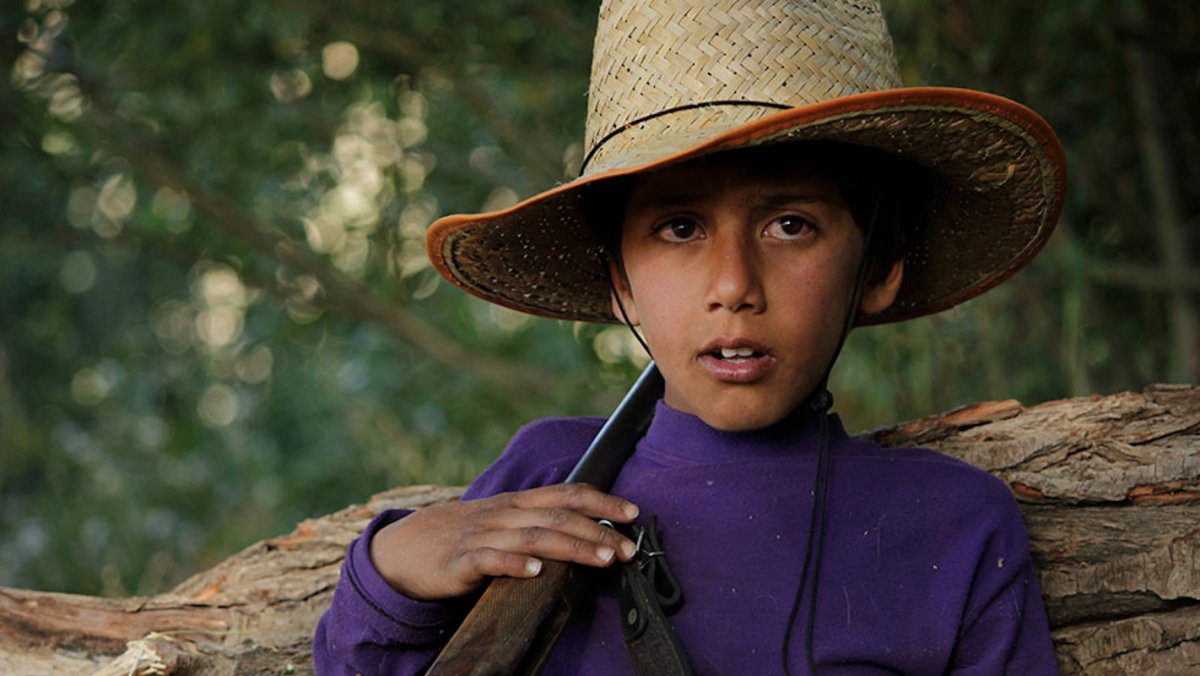 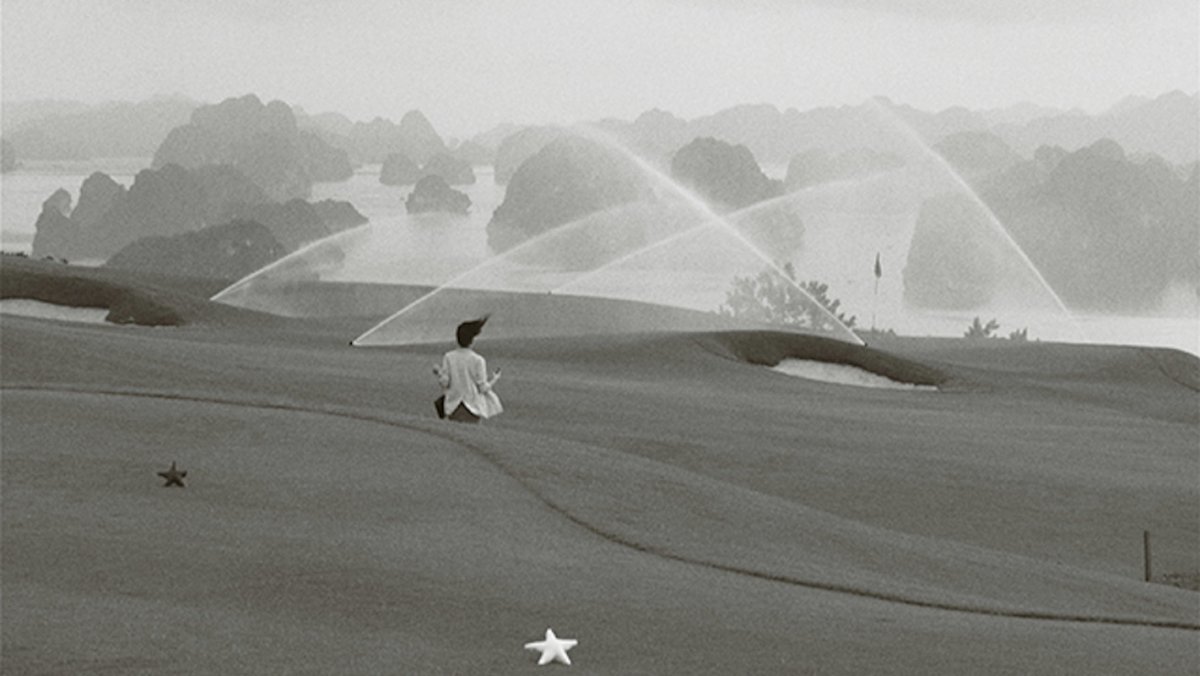 Blessed be the cinema that communicates through form, for it provides us with a strong experience that cannot replaced by a dialogue or a text. Phan Ngoc Lân’s Blessed Land is a bright example of this kind of cinema, insofar as the grainy black-and-white, over- and underexposure of the image, the abundant use of off-screens and the characters getting lost within the landscape frames are all formal instruments that express the dreamy atmosphere where mother and son are unsuccessfully searching for the father’s grave. Memories and tradition are literally wiped out by hills of sand brought by the wind. A golf field has occupied the parcels of an old cemetery, a solitary cow is carried by force through the spare bushes that conceal the forgotten graves: the symbolic layer weighs upon the expressive one, not unlike in the cinema of the Seventies. Then, on this deserted land, greedy present and pious past meet. The windy silence and a world of ancient and contemporary ruins will prevail. 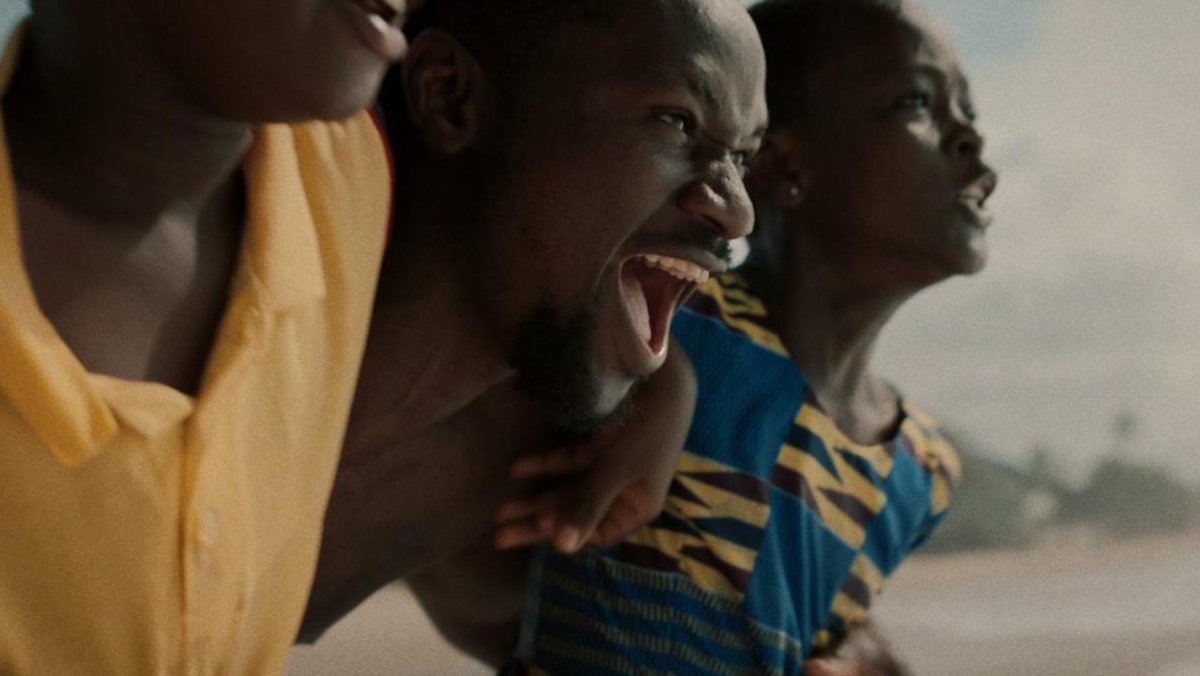 Good Night unfolds from a child’s perspective as Prince and Matilda rapidly lose their innocence when they become involved in human trafficking. It starts in media res and the pacing does not let up thanks to the pulsing synth score. The young cast deliver sophisticated performances, gaining the films the Grand Prix at the Clermont-Ferrand International Film Festival.

The social realist narrative style is fairly conventional but you could also read it as an experiment in cinema when the child is given a camera by his kidnapper. It made me think of what filmmakers feel they must do with the extra responsibility they have when having a camera to hand, even just a small one like this. It raises questions of filmmaking ethics, suggesting that the filmmaker – in this instance Prince – has the power to be a hero if they so choose. It feels relatable, as everyone was at one point close to danger as a child, lending the work a fable-like quality. 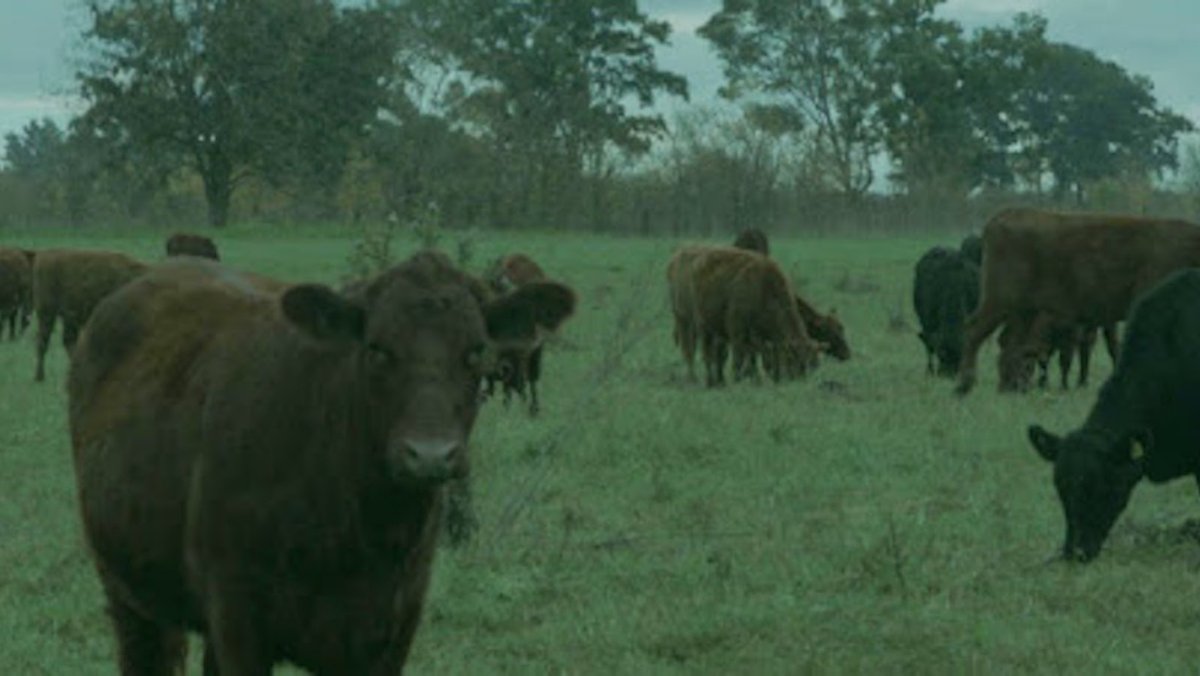 Agustina San Martín’s crepuscular short begins with the hypothesis that God resides in a power plant. The atmosphere fizzles: Gothic shots of the industrial structure perceive it reaching into the clouds threatening the life forms below with a surcharge in electricity; possible total annihilation. The simple metaphor creeps below the skin. The lead actor ripples with terror, the atmosphere makes you feel alive.

The short reminds me of a quotation from an interview fellow Argentinian filmmaker Lucrecia Martel gave in BOMB Magazine: «I don’t agree with this idea that there exists some sort of layer of magic over reality. Because this assumes that there is a concrete reality and every now and then something magical appears. In contrast, our real experience is based in the intermingling of reality and the fantastical.»

The choice to let God reside in the power plant rather than the cattle challenges our way of regarding the inanimate. The fantastical is not simply the anthropomorphized other but the hyper-charged structures of our daily existence.

The film received a special mention at Festival de Cannes from Jury President Claire Denis. The similarities between the two filmmaker’s styles of direction are comparable. They communicate the dark undercurrents of the human soul through suggestion and non-linearity. What I like the most about this short is that you can tell the arrangement of photography has been carefully considered. It is unsettling because it upsets so many conventions. 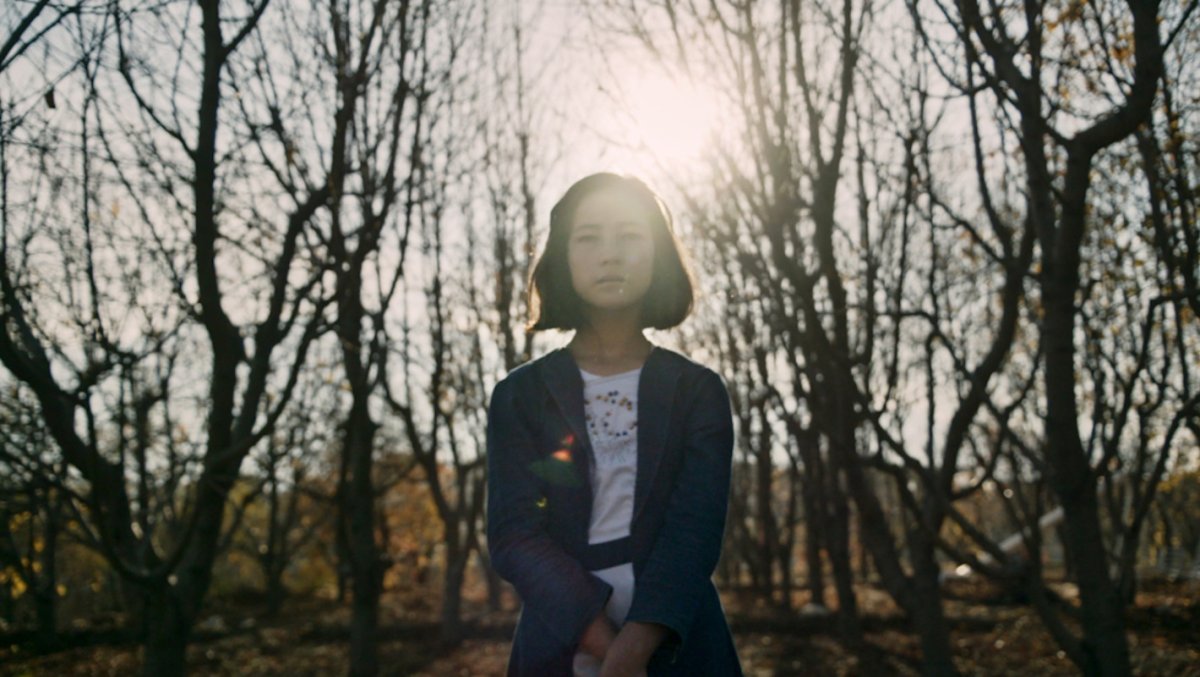 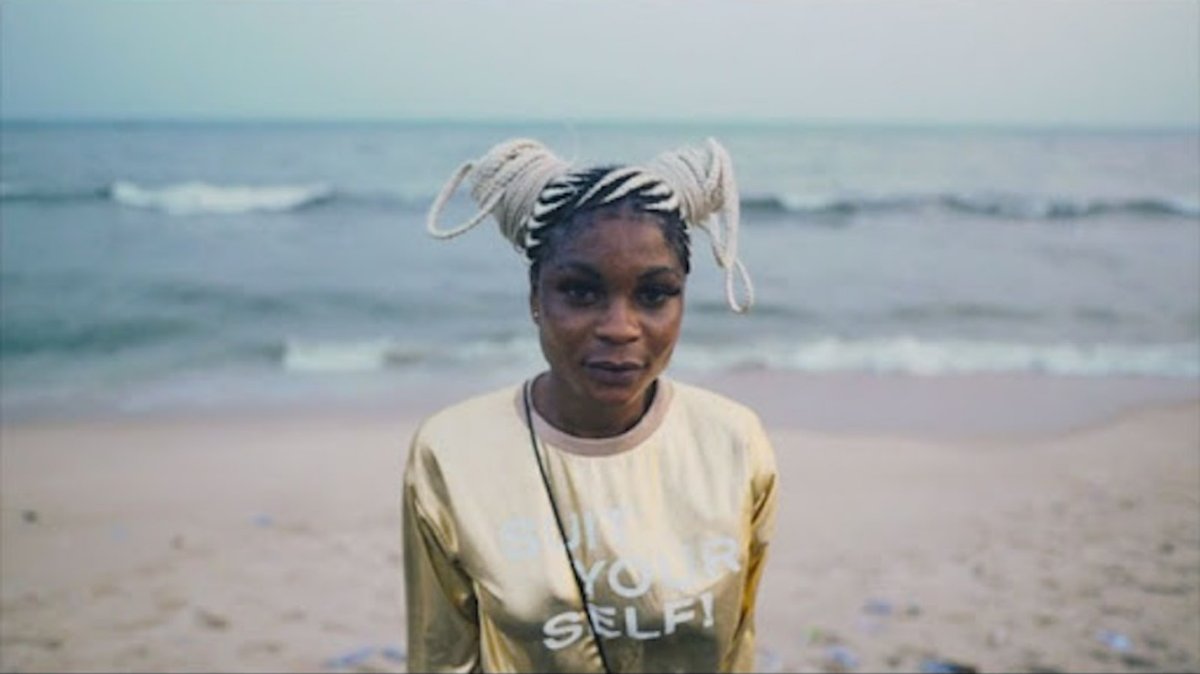 Agbogbloshie was the neighbourhood of Accra, Ghana, that Florian Weigensamer and Christian Krönes visited in their Welcome to Sodom (2018), where they deliver the infernal beauty and sorrow of the largest electronic waste dump in the world. On another Sodom – and Gommorah – always in Ghana, Curtis Ellis focuses his short film: this is Jamestown, a ghetto saturated with prostitutes and thugs, a no man’s land to which he tries to return its humanity. Whereas the panoramic and photographic gaze of the Austrian duo highlights the lowest economy one can imagine as a desperate trigger for labour, Ellis’ camera prefers a dynamic approach to this hidden reality, thereby pushing forward the individuals, their stories,  their misadventures and hopes. The image moves, sometime blurred, the depth of field is short, cuts are sharp and the editing expresses speed. Fleeting are the images and the lives of the characters, thanks to a filmic aesthetic that communicates empathy rather than analysis. Sodom & Gomorrah is both a trip and a rare document. It won’t surprise that, even if bound to the London-based production company 33Bound, Ellis is the only name appearing in the credits...