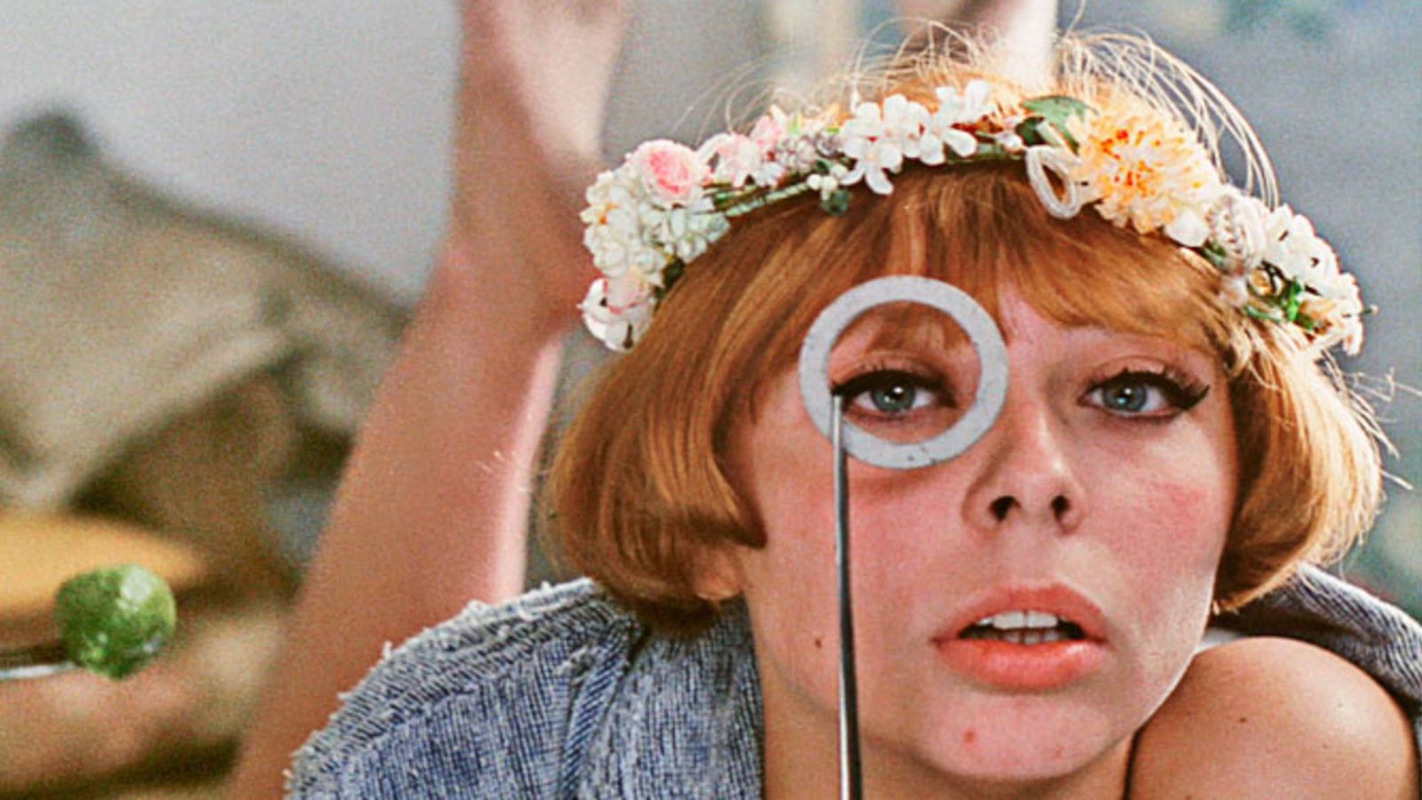 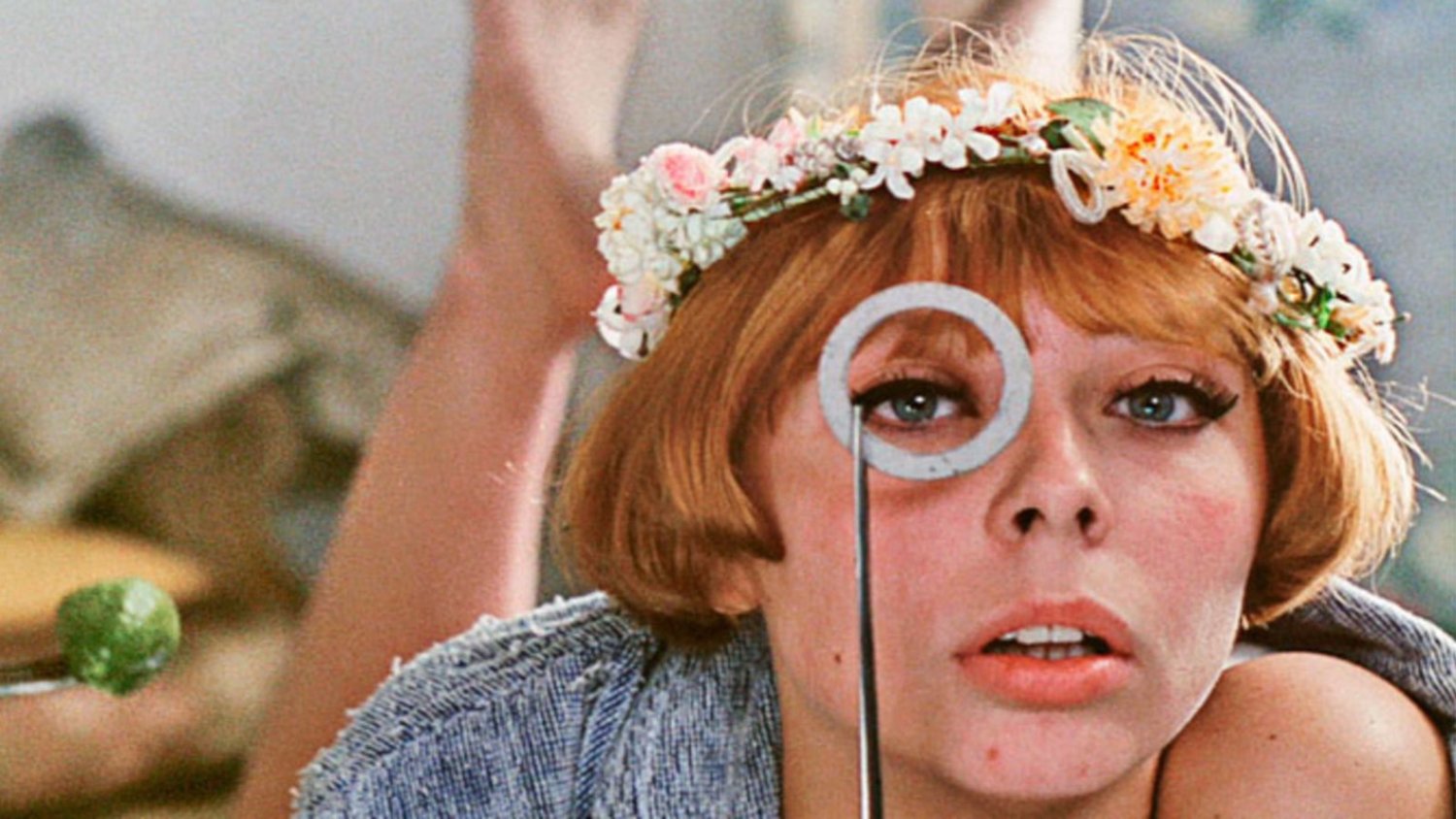 Once again released worldwide – this time in a restored version – Věra Chytilová's Daisies (1966) will restart as well as put an end to the much-awaited naturalization of its filmmaker's career in international cinephilia. So it happens with every "supreme masterpiece" of any director.

That's one of the reasons why Vevey International Funny Film Festival's invitation to present no less than four comedies of hers in a retrospective programme, including but not limited to Daisies, came as a big surprise: a contemporary of the Romanian New Wave presenting The Czechoslovak New Wave to a Swiss-French audience. Somewhat symbolically, a screening of Calamity (1982) that I was supposed to present at the Romanian Cinematheque in March 2020 was cancelled by recent history, yet the very same film opened the retrospective in Vevey, more or less the same; judging by its length in meters, the 35mm copy from the Romanian archive lacks three minutes, most probably the (unfulfilled) sex scene, and the very first thing that I said had to do with this cultural uneasiness. Our shared history of Eastern European cinema is certainly not as homogenous as it seems from afar. As such, back in the sixties and seventies, Romania had its doubts about the new Eastern waves, importing them with great care, i.e. censorship. Our analogue copies of films made by "comrades" such as Miloš Forman and Márta Mészáros testify to an uneven Eastern past.

Different, but certainly not unlike and that's probably why I find Chytilová's down-to-earth films such as The Apple Game (1977), but especially Prefab Story (1979) and Calamity (1982) to be superior to Daisies and all its experimental extravaganza. In these three features, brought together by Isotta Regazzoni and James Berclaz-Lewis, the director is at her most complex, enriching her philosophy of ethics – individualism as freedom but also immorality, to say the least – with all that the wonderful horrible life under Eastern communism had to offer: ideal, absurd, grotesque, jovial. It's precisely this humanist mixture of moralism and hedonism (regarding the image as well: the real-life childbirth scenes from The Apple Game) that make Chytilová such a challenging intellectual of those times and her seemingly disproportionate, haphazard cinema, reflects her as such: an unstable mise-en-scène, always in motion.

[…] All of the ingredients of the young and mature Portuguese filmmaker are there: a dramatic ... 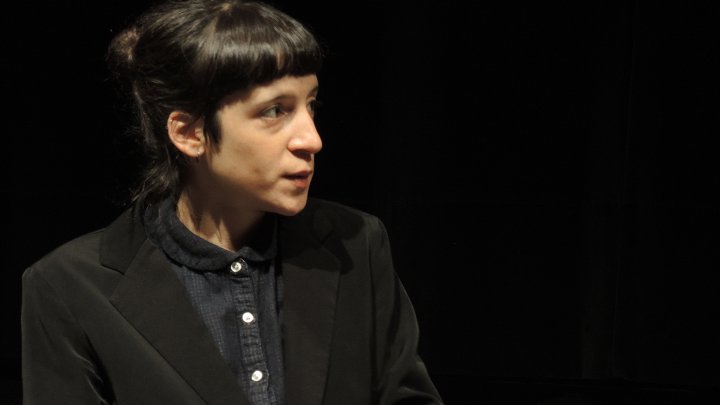 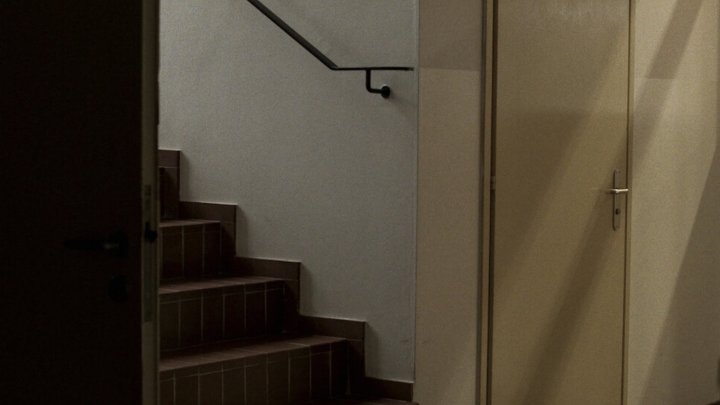 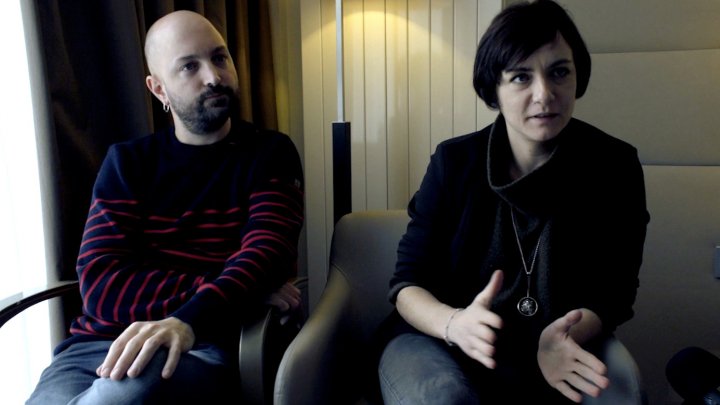