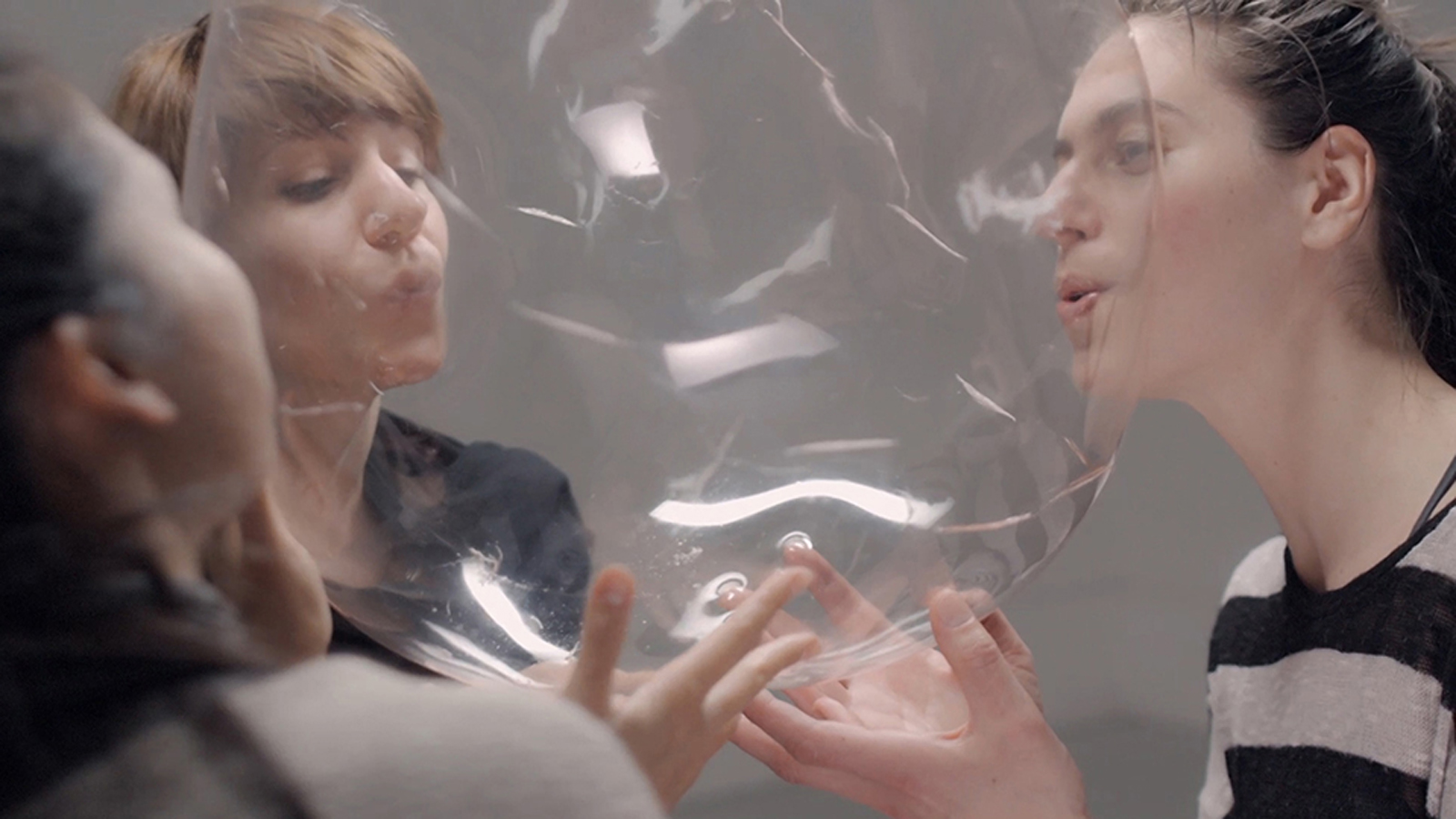 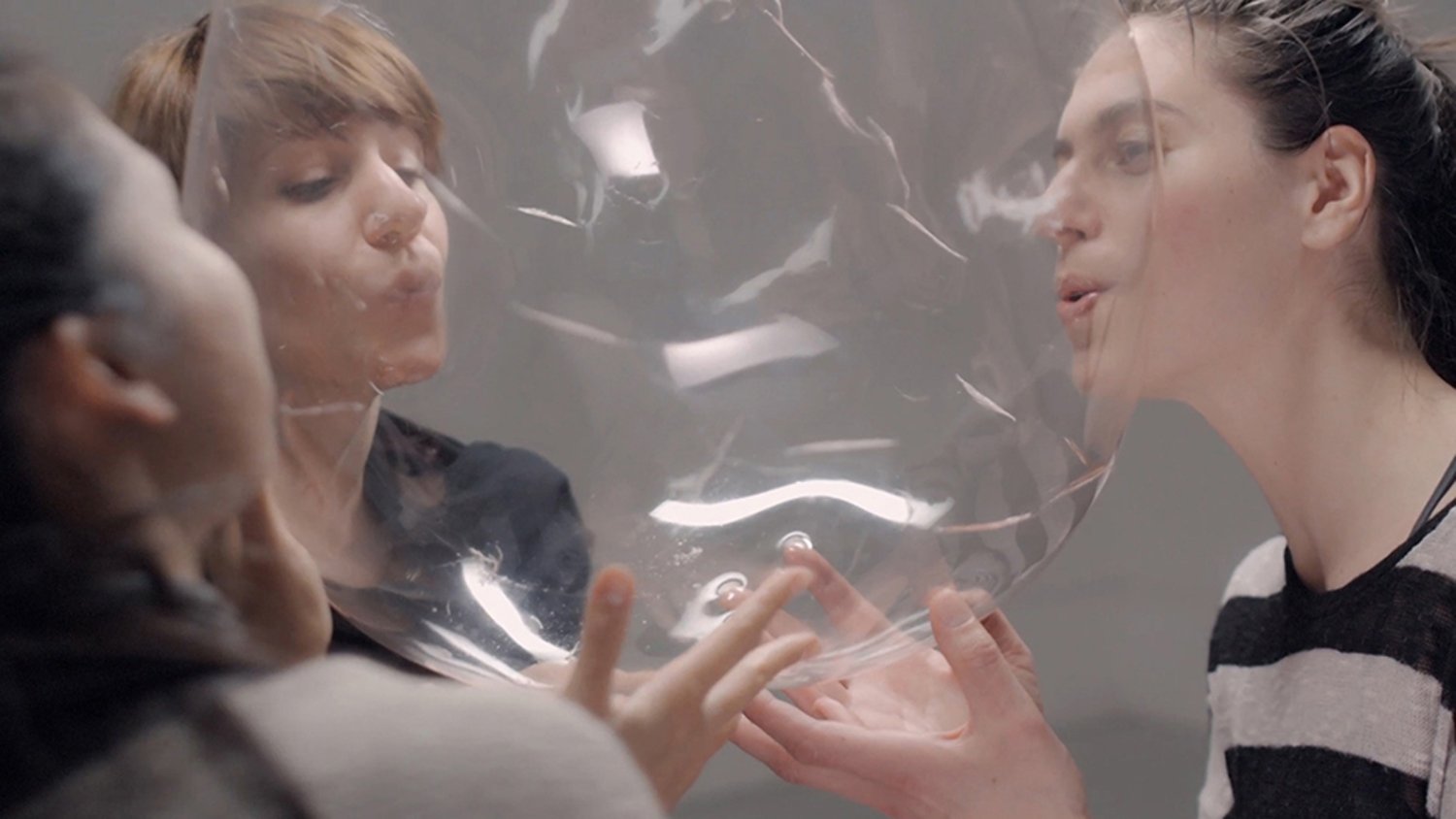 […] «The Nightlight Screening» not only gives us an opportunity to consider the variety of forms of film and the very different ways of receiving moving images, but it is also an occasion to measure how much of a “hybrid” the language of moving images is today.

[…] It is urgent to receive the whole spectrum of video and film forms, and to go deeper in analysing the constantly changing world of moving images. 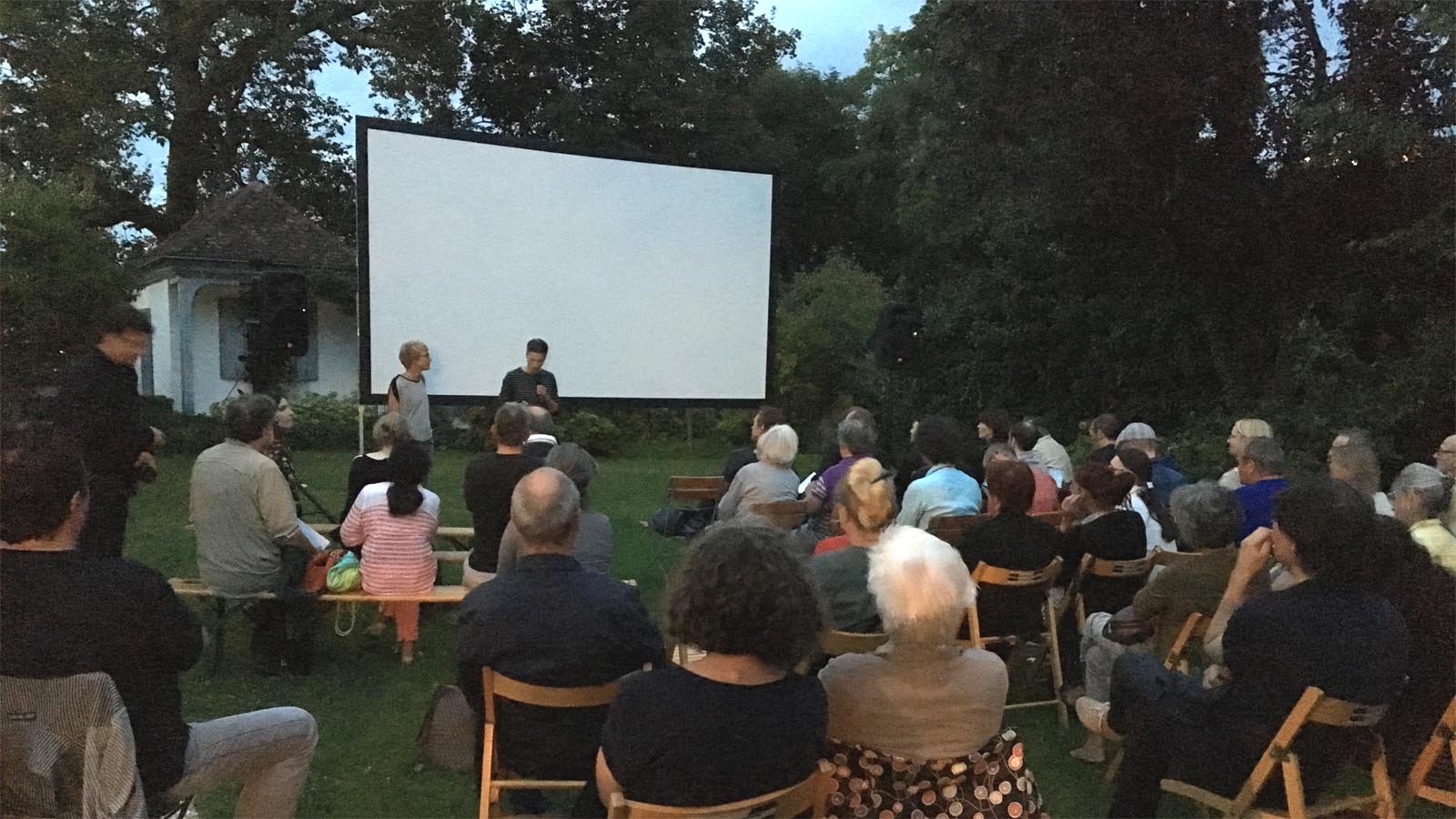 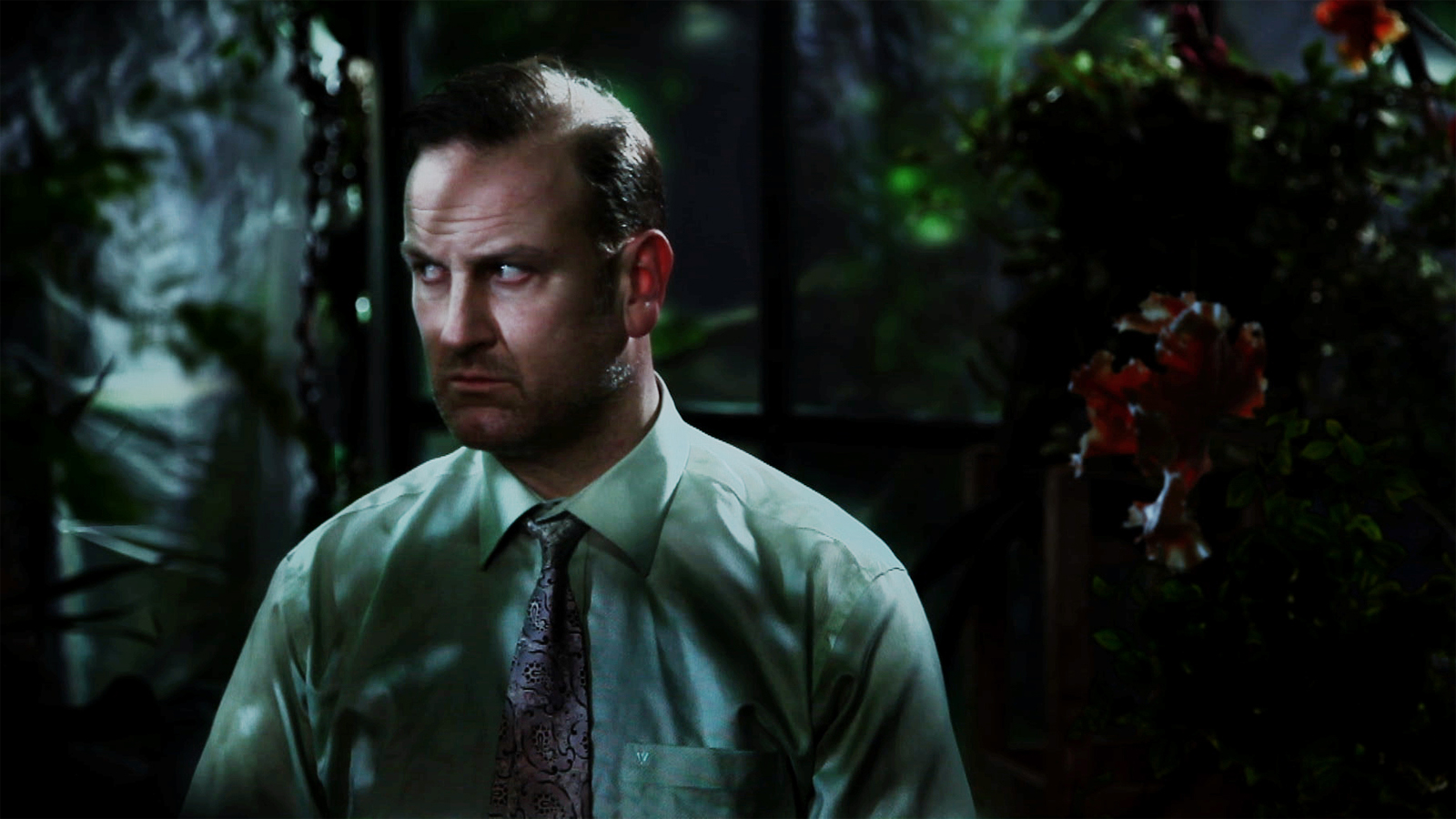 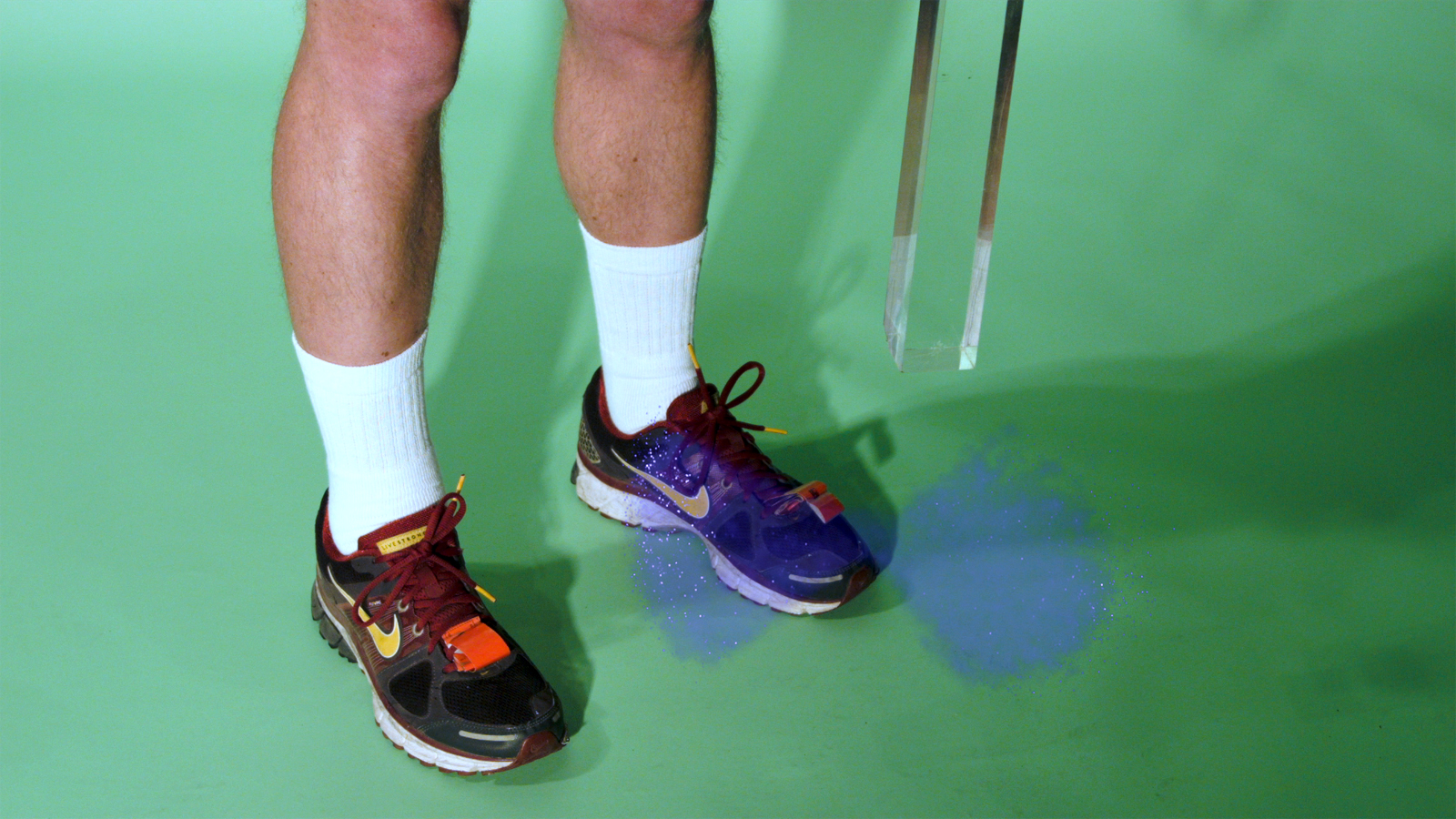 In the series of open-air screenings in Basel, this event at the Christoph Merian Stiftung guarantees an intimate context in a pleasant garden near the Rhine and the Wettsteinbrücke. Nature and urbanity are both present as we perceive them during the screenings. With a cinematographic quality of image and sound we can experience the cinematographic immersion without forgetting the context, which includes beverages and Würstchen.

Not only does the collaboration between Whiteframe and the Bonn Videonale guarantee an international programme but it also conveys a broad variety of filmic forms: video art, film essay, documentary, computer animation, videos of performance. It is the perfect occasion to compare these forms and to test their efficacy in different contexts. We are able do that very well as we can feel ourselves in an open-air black box, but we can equally imagine it as an outdoor after-dusk exhibition space where we can move freely in front of a screen that is thought of as an installation element.

In this way, we discover that Yves Netzhammer’s animation video (Tage ohne Stunde) is full of poetic ideas, but it would appear inconclusive and dispersive when perceived through the immersion and concentration of the cinema experience. A film like True, False and Slightly Better by collectif-fact (Annelore Schneider & Claude Piguet) can exhibit a convincing idea: the amusing rigidity of the “choreographic” training of Japanese firemen; or Toby Huddlestone’s Video Apathy can exhibit an interesting form: a insistent photographic commentary set to a voice-over, quickly resuming an Anglosaxon-centred recent history of transgression. But both films lack the complexity and development we would expect from a cinema short film. Of course videos of performances, like Marianne Halter and Mario Marchisella’s Pferde über Wiese or Alexandra Meyer’s Vinyl, clearly won’t work in the context of a black box. On the other hand, it would be irritating to watch film essays like Eli Cortiñas’ splendid Confession with an Open Curtain or Max Philipp Schmid’s wonderful Paradise in a setting that doesn’t allow for “immersive” concentration. Both films have extraordinary well-finished sound and image and both develop a complex reflection on several levels: the text, the association of images, and the intertwining of voice and sound. Incidentally, Schmid’s Paradise (which Filmexplorer has already discussed with the artist himself: see the article) would particularly take advantage of its “location” in the garden of Christoph Merian Stiftung, even if this location may have an element of distraction, as its focus happens to be on gardens.

The Nightlight Screening not only gives us an opportunity to consider the variety of forms of film and the very different ways of receiving moving images, but it is also an occasion to measure how much of a hybrid the language of moving images is today. Now, this hybrid character can function as a way in which to build a new mature language, or it can also become the source of unsuccessful results. Shelly Nadashi’s A Hidden Quiet Pocket is a clear example of a catastrophic result. I don’t know if the ideology of home video or a provocative attitude, typical of the first video experiments in the Eighties, is what inspired Nadashi, but the result is nearly twenty minutes of poor ideas, cheap absurdity, and absolute boredom. It is incredible that a video that is not even able to positively disturb can still circulate. For me, it is the perfect example of how tolerant, or illiterate, the art-world is; this may be good and bad news at the same time… However, The Nightlight Screenings gives us at least two good examples of the hybrid film-product. Judith Albert’s Mare mosso sums up, in less than 4 minutes, a reflection on landscape and on the image and its manipulation, as it is the video of a performance and a conceptual exhibition of the materiality of the filmic image at the same time (for a more detailed analysis see the recent article on Filmexplorer dedicated to Judith Albert). And Luc Gut’s OS Love presents itself as a funny animation, but one that also has a powerful narrative, a semiotic reflection on the relationship between images and symbols in our daily computer practices; it also plays with the transfiguration of our common places, with amazing work on the sound design and composition (for further discussion of Luc Gut’s work, see the interview conducted by Filmexplorer in July 2016).

It is very good to know that The Nightlight Screenings will continue for two more editions, thanks to the intelligent commitment of Christoph Merian Stiftung. It is urgent to receive the whole spectrum of video and film forms, and to go deeper in analysing the constantly changing world of moving images. Today we are overwhelmed by moving images, but often we remain passive receptors in front of them because we lack the experience and the critical tools to understand and appreciate them. Therefore, as advocates for a new film literacy, we greatly welcome events like The Nightlight Screenings.

[…] The expanded documentary often implies the co-creation and co-interpretation of content ... 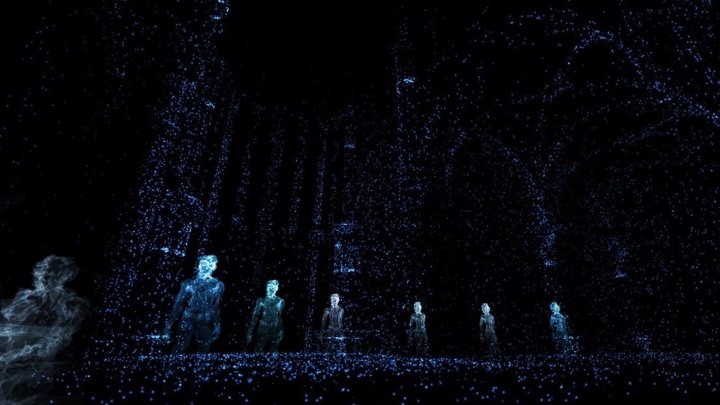 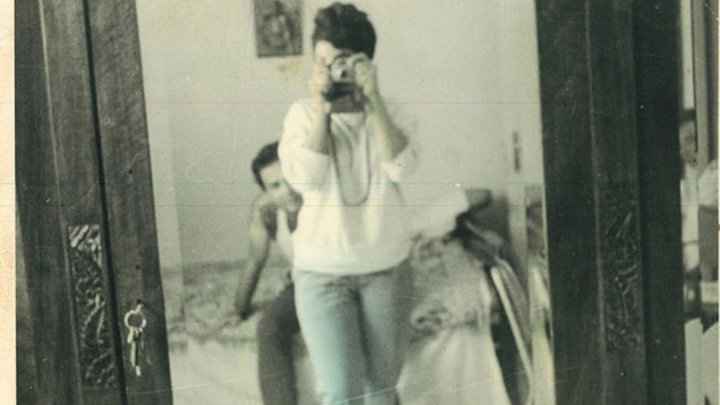 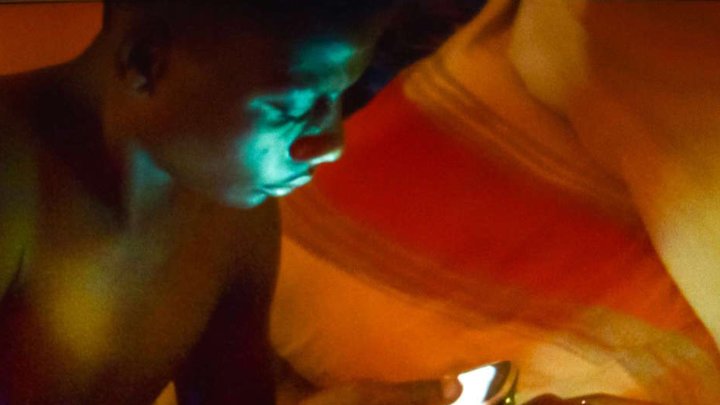