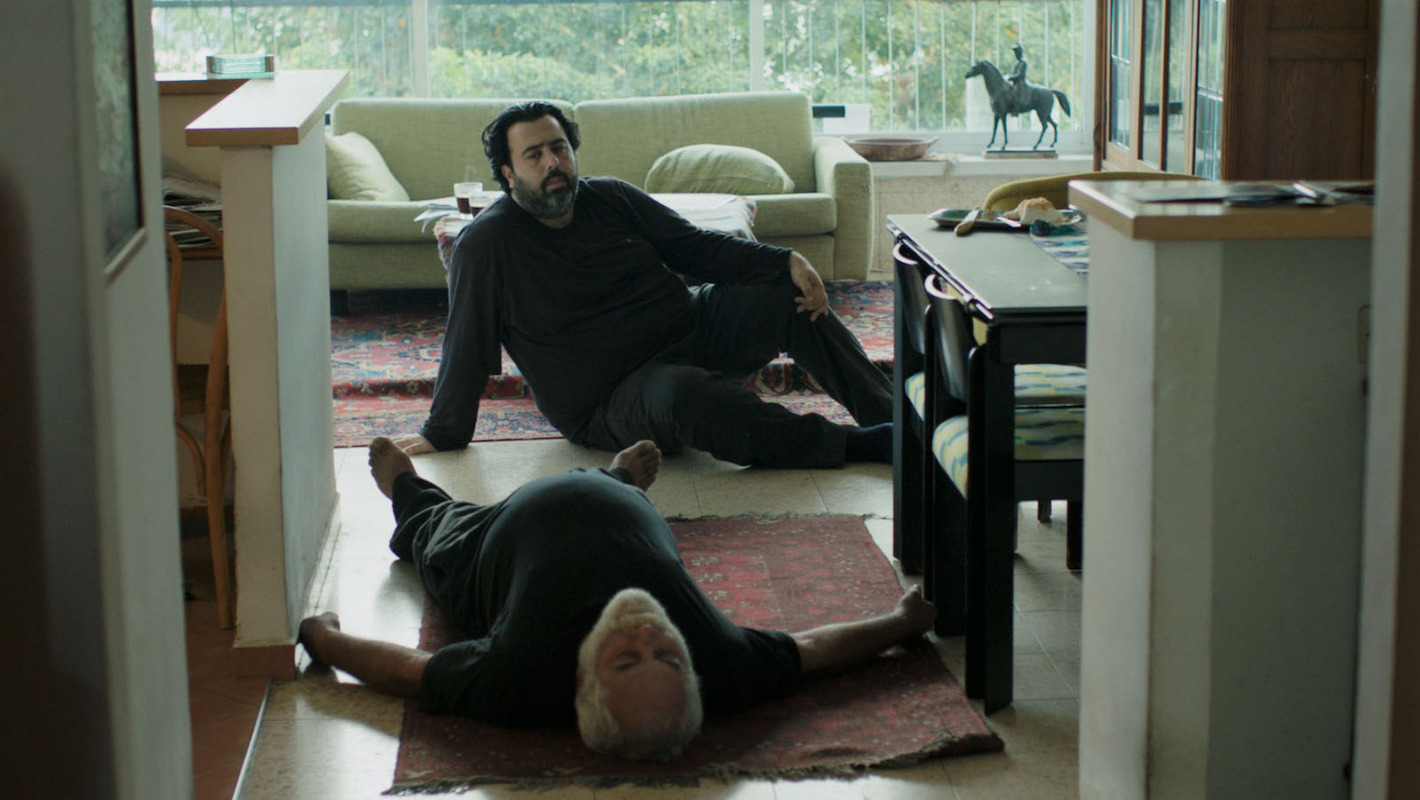 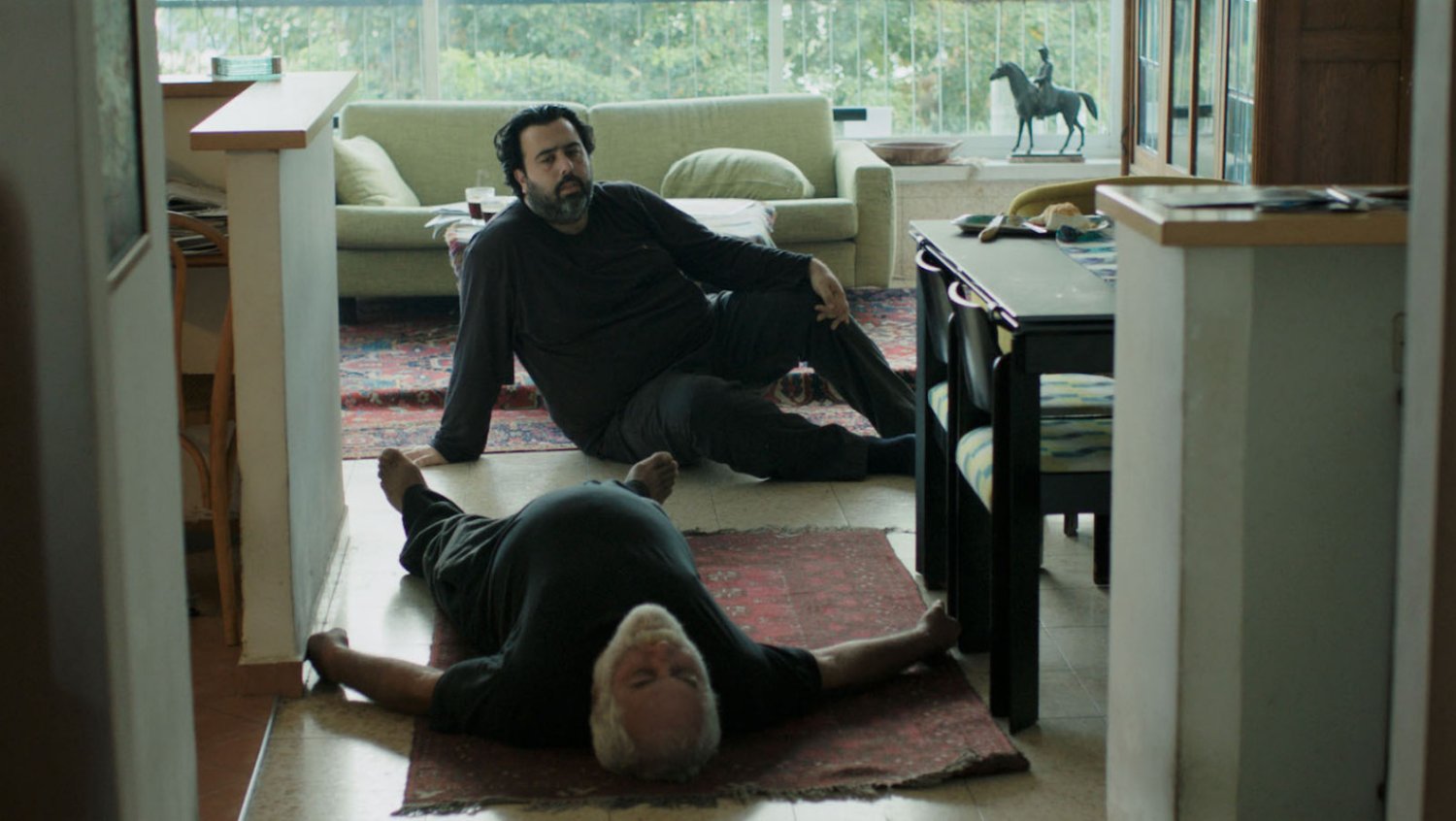 […] Once the curtain is peeled back the “drama” is heightened rather than flattened. It is the pull of a non-metaphysical cinematic irrealism; not anti-real, but not real either.

[…] Does the death of his father mean the end of cinema for Rosenberg? I certainly hope not. This filmmaker has a lot more to share beyond an ironic nudge to cinema and stirring homage to his muse.

The opening scene in The Death of Cinema and My Father Too is one of the most hilarious and truthful exchanges that I have ever seen in cinema. Natan, father of writer/director Dani Rosenberg, vociferously resists his role as protagonist in this “making of a making of the making” with advice to his filmmaker son: move on, get a job and look after your family! Honest words brusquely spoken to an obsessed artist spiralling into madness and destitution. This fatherly advice however is ignored by Rosenberg, and my impression (once the laughter subsides) of elder abuse informing his persistence to film a disinterested subject is also corrected.

I am reminded of cinematographer come filmmaker Beniamino Barrese’s debut work La Scomparsa di mia madre (2019). It too is a film about a parent, his mother, international model Benedetta Barzini. The film reveals the glamour and underbelly of the fashion world and a life that once thrived on “the image” and representations of beauty. The camera intrusively follows a life that paradoxically critiques (to the point of Barzini not speaking to her son for two years) the documentary image, capturing the “real” in a touching tribute. Rosenberg’s film is a well-worn homage to a parent too – possibly motivated by the need to spend meaningful time together as they catapult toward their finitude; or simply sheer desperation for a subject when cinema has become exhausted and devoid of original ideas. He sets upon a far more interesting albeit complicated structural route though with cinema dying in several senses. It requires one to arrive at the final credits before the relationship between reality and fiction gains any clarity.

Natan, Rosenberg’s “actual” father, has liver cancer. Rosenberg writes a fictional script starring members of his family, but it never goes ahead as planned because of Natan’s illness. What we get instead is the making of the making of of a movie about the imminent threat of an Iranian missile attack on Israel. The scenario helps deflect criticism that the film is too self-indulgent and empty of anything social or political – but his absurd and improvisatory approach to the scenario (like how the Israeli president went to Oxford with Natan and calls around for coffee only to get high, then stabbed by him in his living room) playfully demonstrates one interpretation of the “Death of Cinema”: the death of the ideologue filmmaker.

Does this mean that Rosenberg falls into an overtly subjective and sentimental trap? I argue not through cinema’s second death: the death of the documentary real, where fiction poses as reality. The “making of the making of” and “filming of the filming of” is scripted with professional actors outside of the family. Yoel (Natan, played by Marek Rozenbaum) and Assaf (Dani, played by Roni Kuban) wrestle through the tumult of treatment and production. Their relationship is flawlessly witty and warm. Rosenberg’s mother (Ina) plays herself; she is a constant throughout, the last person we see unto la fin. Could she be Rosenberg’s encore?

Yoel, Assaf and the movie is a meta-narrative that allows us to see the entire filmic enterprise: ideation of the script; setting-up and shooting of scenes, editing, rehearsals, workshopping the sound track live with musicians, etc., but all the while there is the presence of another camera capturing everything at a meta-meta level, erasing the “natural” quotidian ease normally witnessed behind the scenes. Once the curtain is peeled back the “drama” is heightened rather than flattened. It is the pull of a non-metaphysical cinematic irrealism; not anti-real, but not real either.

A fascinating scene is the recording of Assaf’s pregnant wife Zohar played superbly by Noa Koler. She is fighting both for Assaf’s attention and a reasonable representation in the missile script. Here we see Rosenberg working through his father’s death and divorce; it is intimate and painful. We still experience thoughtful and found shots in the confusion of presentational realms: both the well-planned (a distant shot of Yoel standing on a hill as the sun rises, or swimming in the calmness of the Mediterranean Sea: the insignificant measure of man against the beauty of nature); and the spontaneous (the camera placed down on the floor beside a filthy window as we hear Natan speak to the doctor about his decision to no longer be treated: choosing his end).

The film is a montage of disparate pieces of footage, including snippets from quirky home videos Rosenberg made as a budding, teenage filmmaker with such titles as The Falling Man and The Matinee of Mr A. They enter at various moments in the development of Yoel’s illness, starring a younger Natan, then a willing subject of Dani’s experiments. In other moments we sit beside his hospital bed listening to Dani obsess further about making the film, reading out an assessment of his production application to the Israel Film Fund. His script gaining the cultural capital all artists crave and a son yearning for approval with objective proof from his dying father.

Does the death of his father mean the end of cinema for Rosenberg? I certainly hope not. This filmmaker has a lot more to share beyond an ironic nudge to cinema and stirring homage to his muse. 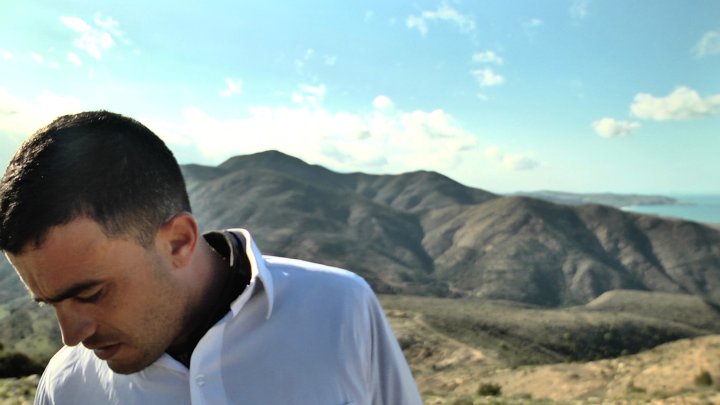 […] The beauty and efficacy of «Nova Lituania» lies in its subdued, non-hysterical approach ... 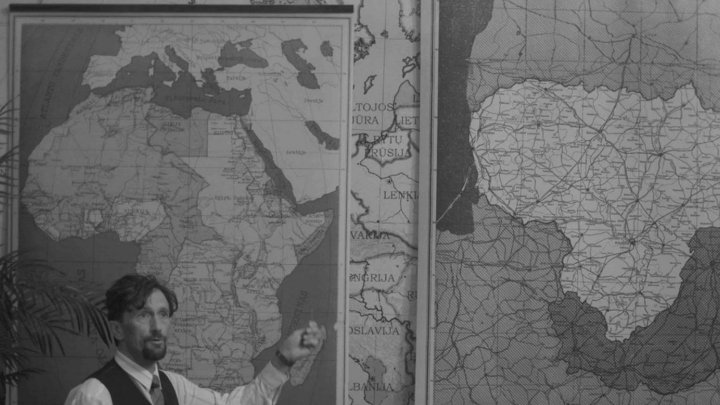 […] Terror mingles with beauty, danger with desire, and formal vigour with emotional turmoil. ... 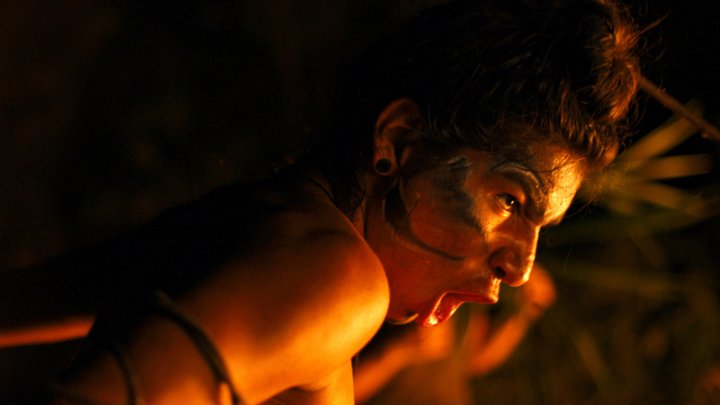