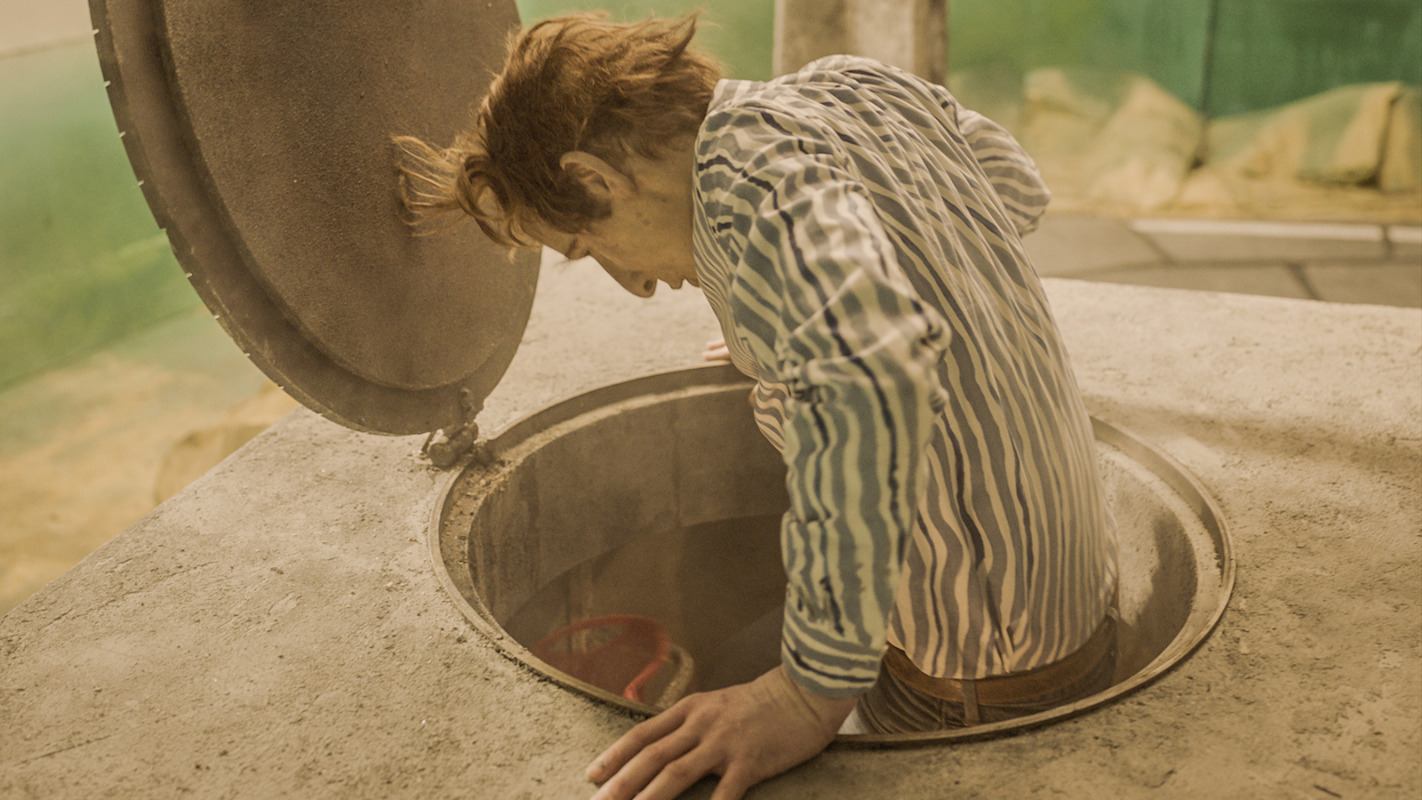 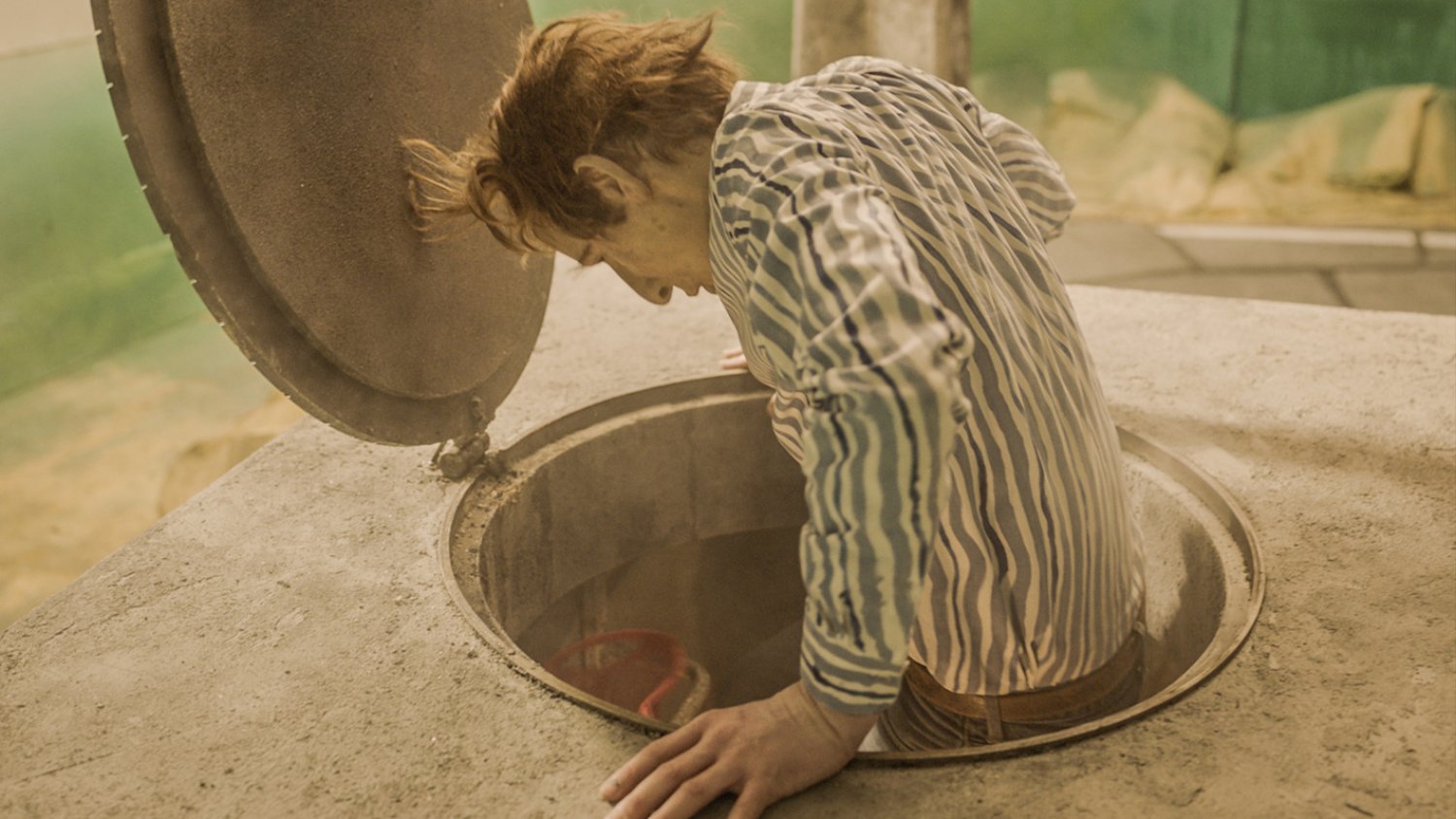 […] The presentation – in the exhibition rooms and in his films – of the monstrous cinema props of cardboard, plywood and styrofoam only superficially provokes a disenchantment, the disillusionment of unveiling the pretensions of cinema, and there immediately arises a new enchantment, the enchantment of inhabiting a giant playground.

[…] This is why the rough materiality of his works always remains apparent: a sort of hyper-materiality. We constantly feel the distance between the objects and the meaning they hint at.

[…] One could say that he doubles Richter’s revolutionary gesture of painting photography through his own painting cinema. More precisely, he paints the memory of cinema, or cinema as the labour of memory. 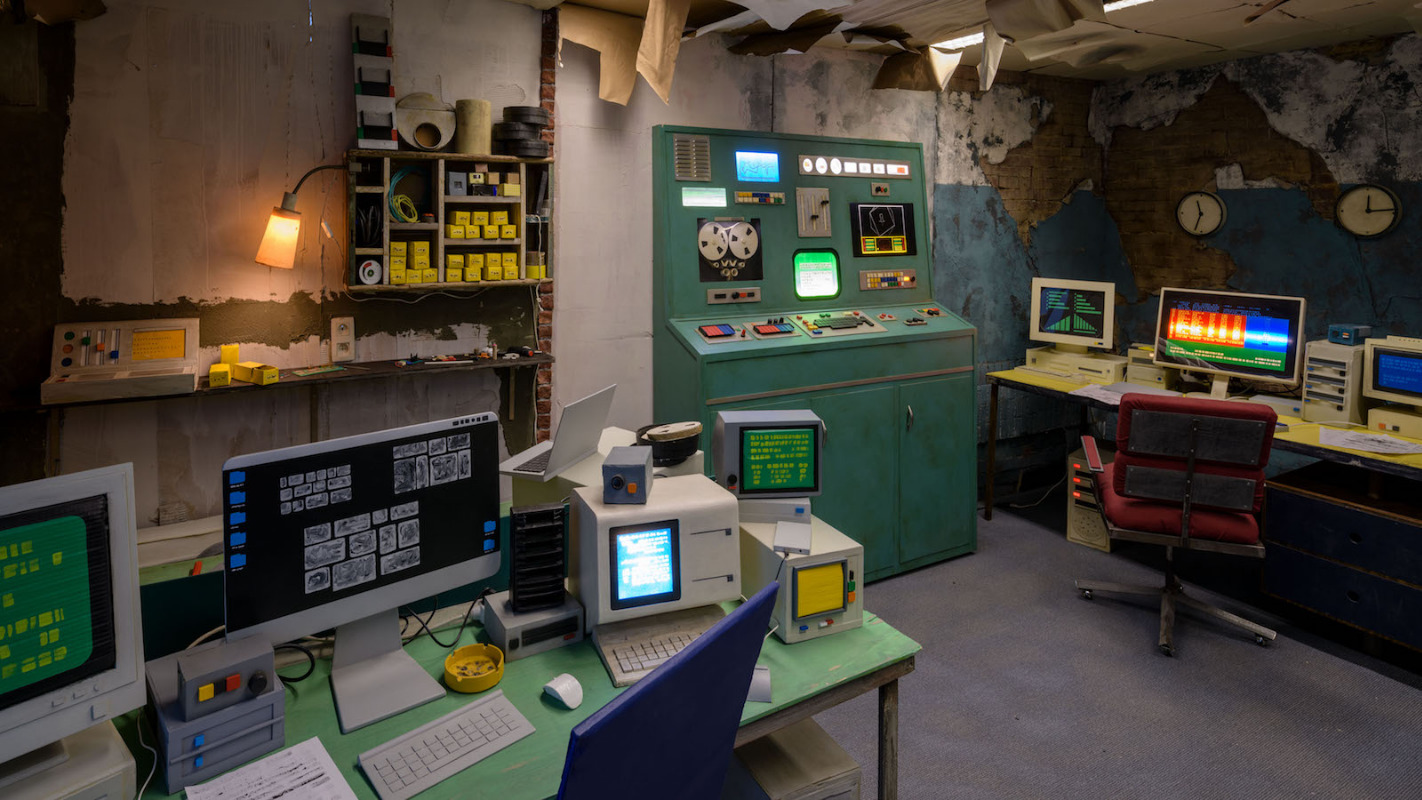 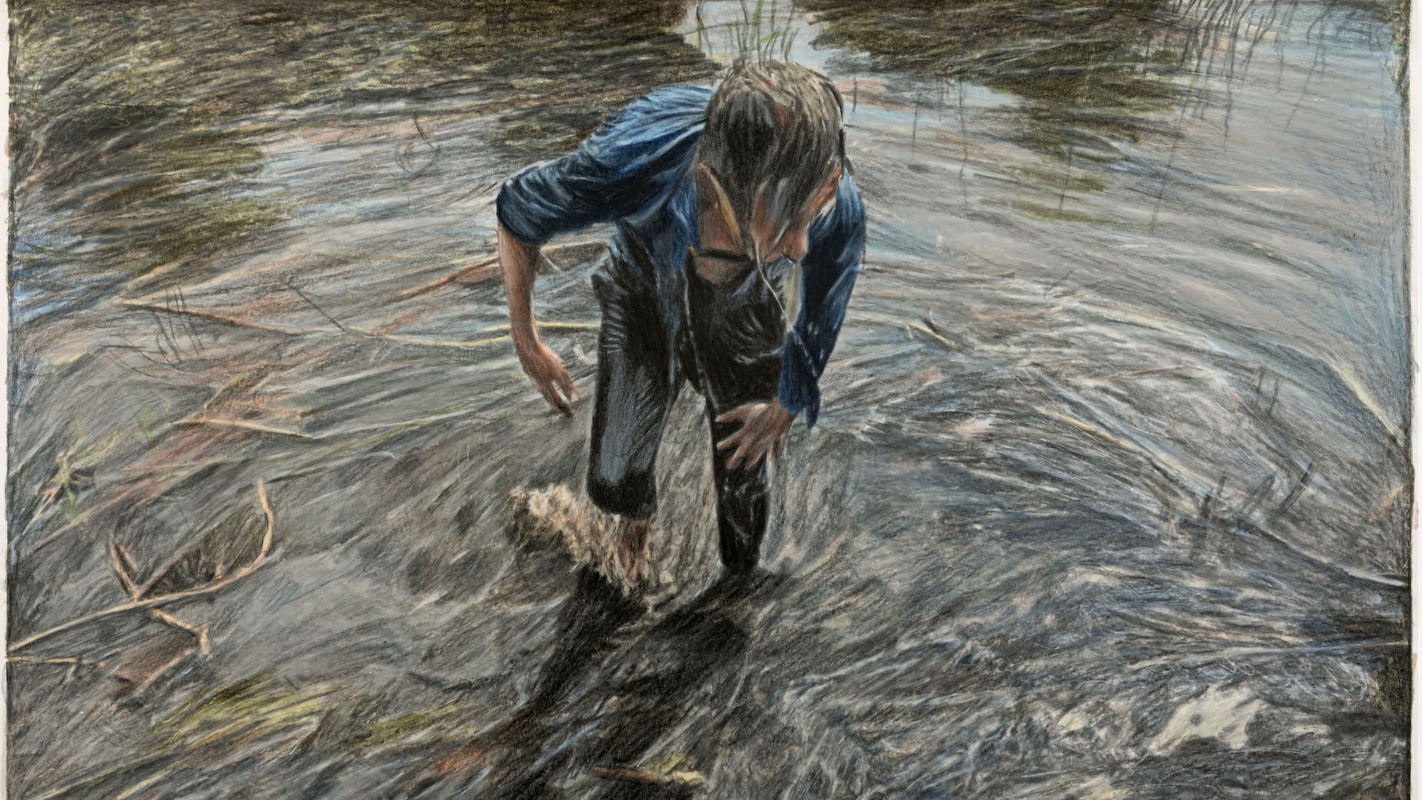 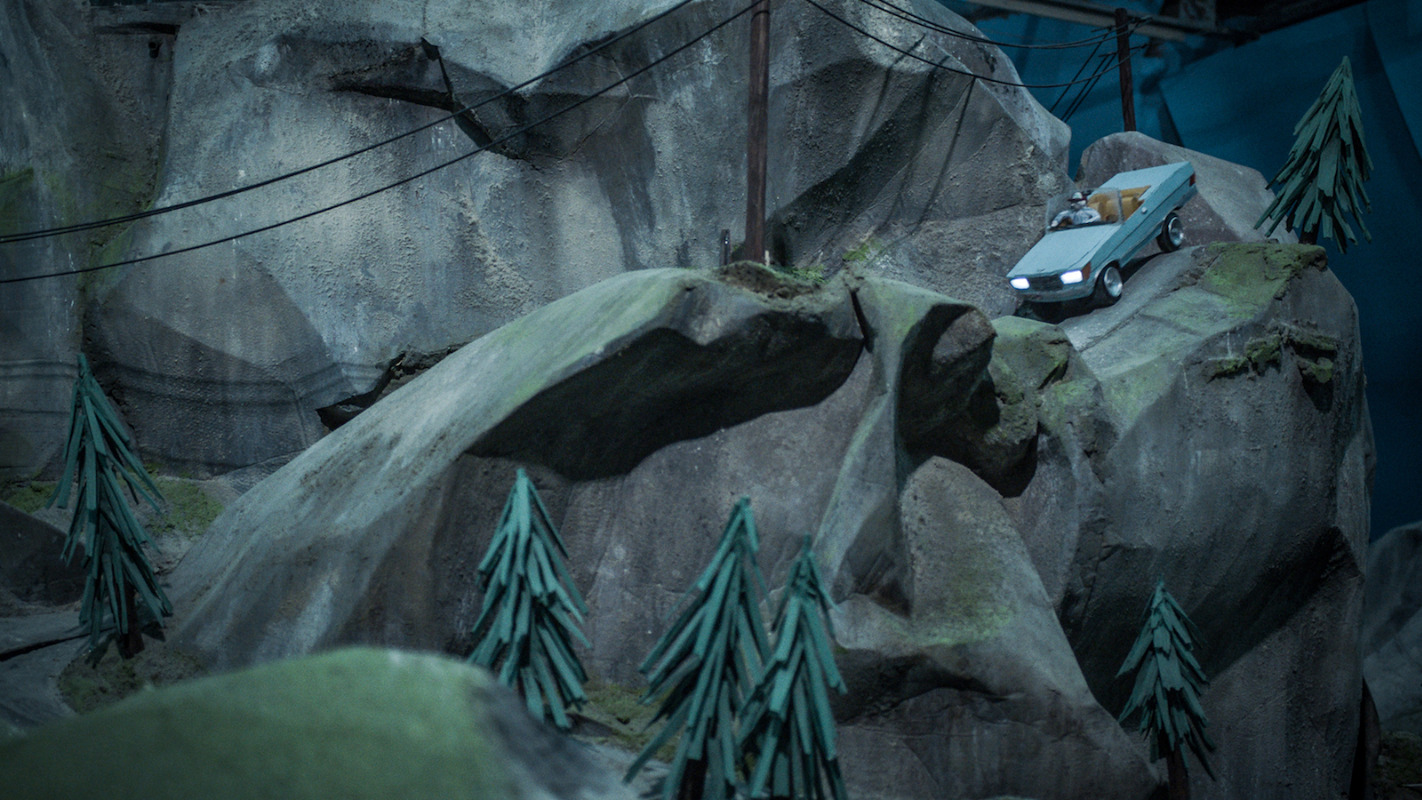 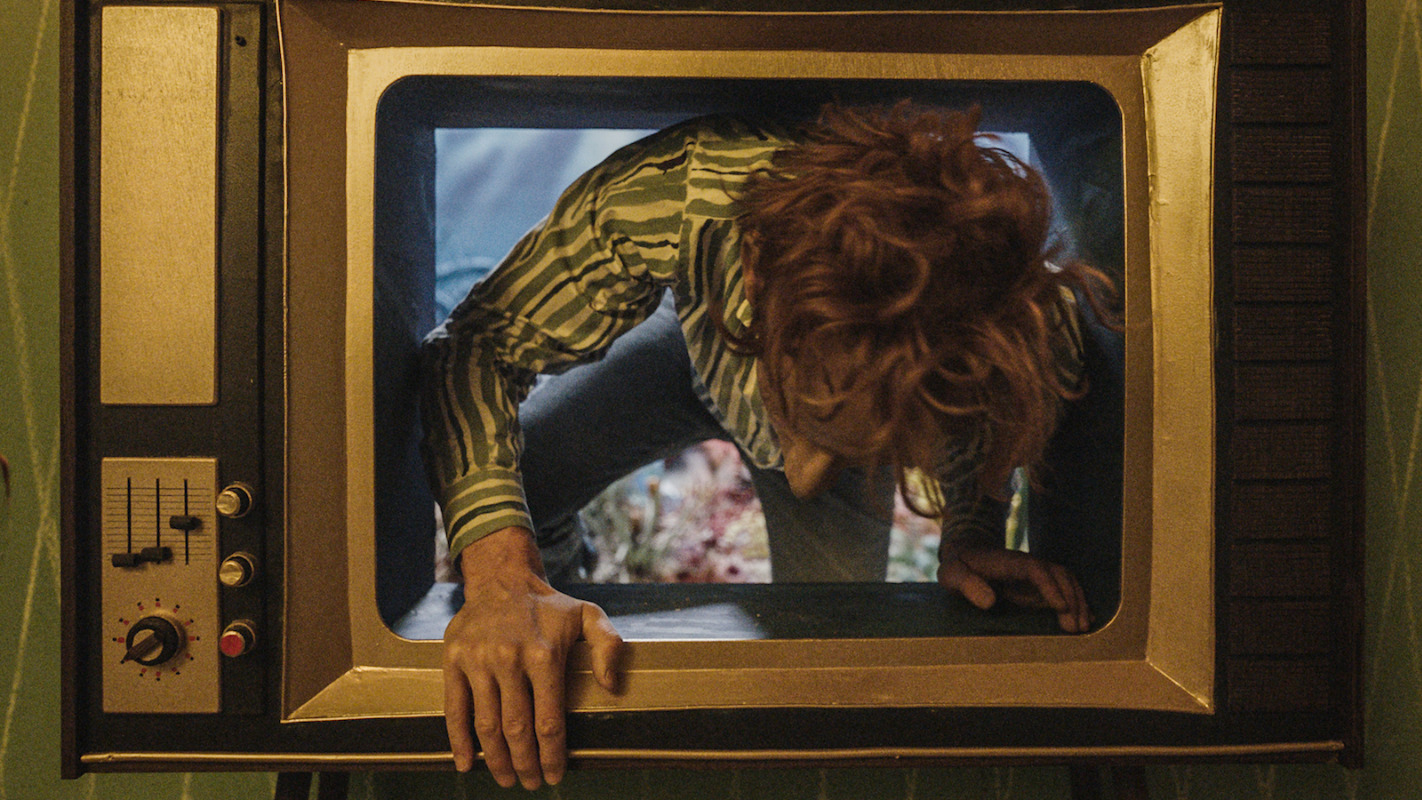 In 1954, for Rear Window, Alfred Hitchcock was allowed to build the then-biggest artificial set in cinema history. This was the triumph of Hollywoodian studios and their special mix of Fordism and illusionism, that is the triumph of cinema as a magic machine. At the same time, also the triumph of cinema as introspective imagination, which was thematised as such, until its implosion and the dramatic epiphany of reality itself within the film. The triumph becomes an end. Since this epochal gesture by Hitchcock, not only the introspective device but also its instrument, the setting itself, were destined to appear, and the making-of destined to emerge.

This historic action was nothing but an “epic gesture”, as it revealed a perfect continuity with Bertolt Brecht’s “epic theatre” and Gestus, and more precisely with the Verfremdungseffekt (distancing effect) already proposed by Viktor Shklovsky and the Russian formalists. «Art is a means of experiencing the process of creativity. The artefact itself is quite unimportant»: this statement by Shklovsky could be commented as follows: «Rinus Van de Velde’s art makes us experience his world as a process of creativity. The stories of the films are quite unimportant».

However, his cinema settings and his exhibited making-of also create another world, one presented and not represented, into which we can dive. Hitchcock’s epiphany of reality itself in Rear Window is still cinema; and Rinus Van de Velde’s parallel world of non-illusionist cinema settings still produces a delusive immersion. The presentation – in the exhibition rooms and in his films – of the monstrous cinema props of cardboard, plywood and styrofoam only superficially provokes a disenchantment, the disillusionment of unveiling the pretensions of cinema, and there immediately arises a new enchantment, the enchantment of inhabiting a giant playground. We live an experience that is similar to the one of children games, where we don’t care about the apparent unbelievability of a dumb doll that should speak, but we let ourselves be inspired by her improbable pointy ears to imagine – or actually hear – how she might speak…

From this point of view, Rinus Van de Velde’s world has the aesthetic of a puppet animation film, but it would be reductive to say this, because in his creations he so explicitly refers to iconic cinema scenes that we cannot but feel the superposition of his imitating, interpreting work. There is always a specific longing for cinema as the ideal topic – and we discover a kinship with Edward Hopper’s paintings, which equally longed for the cinema (of the beginnings). In this sense, his art materialises and displays memory. We are immediately trapped in this cinematic “stuff”, thanks also to a wonderful work on the sounds, until the inevitable crime scene. This is why the rough materiality of his works always remains apparent: a sort of hyper-materiality. We constantly feel the distance between the objects and the meaning they hint at.

Through this reflection, I see how much Rinus Van de Velde is a painter, in the same way that Gerhard Richter is one. One could say that he doubles Richter’s revolutionary gesture of painting photography through his own painting cinema. More precisely, he paints the memory of cinema, or cinema as the labour of memory. Just as in the case of Richter, it is not only a question of coming back to a material, analogue process of creation; it is rather a matter of exploring, through modelling and painting, a world of imagination by superposing one’s own imagination. It is literally “a matter of”, it is a matter of trusting matter.

This is clear if we consider the absurd disproportion between the quantity of work in order to produce his settings and, contrary to the work for animation films for example, the perfect triviality of what the settings show: often a reality that would be ready to be shot out there. What is the reason to assume this disproportion? Rinus Van de Velde would rather stay home, … – as the title of the Lucerne exhibition tells us. One could compare the large microcosmos of his Flemish studio to Klaus Lutz’ practice of creating a world of art within his tiny studio in Manhattan. But, despite a similarity in autarchy, Lutz needed this exceptional secluded space in order to create optical illusions and cosmic revelations, completely alone; in contrast, Rinus Van de Velde and his little “family” of assistants recreate a directly recognisable reality. It is rather a matter of repetition, imitation, detour, drifting or simply exploring the consequences of being homo faber.

Even more than autarchy, it is probably a peculiar sense of expenditure, and its joyfulness, that is at stake here – “expenditure” in the precise sense of Georges Bataille’s notion of «dépense»… Rinus Van de Velde ventures onto the longer way of being faithful to a vision. A longer way that we ourselves are invited to discover, and rediscover, in all its estrangements and enchantments.

Exhibition – I’d rather stay with the mask

There is a specific estrangement I felt while watching the film The Villagers: the estrangement of real faces dancing yet somehow lost in an entirely painted world. Together with an editing that creates a story puzzle, it expresses the factual loneliness of all of its characters. They seem to feel the weight of all the “stuff” that encumbers their environments. Therefore, it is not without a sort of relief that I discovered how the protagonist of Ruta natural (the other film screened at the Kunstmuseum) wears a mask. This mask was actually exposed at the entrance of the exhibition, which I realised only later, as if it were a key to enter Rinus Van de Velde’s world. It represents his own face, being so a self-portrait that effectively expands through his films, the exhibited props, the ceramics and the drawings. The mask – persona, in Latin – appears as the right image of his artistic persona, as if there would be nothing more appropriate than this artefact to express his own subjectivity. In his intriguing text in the catalogue, Koen Sels, writer, friend and collaborator of Rinus Van de Velde, tries to sketch him as a (normal) person, where the normality does not spare him from the crucial existential lostness that Sels’ words can convey. However, I will say, I’d rather stay with the mask – and he too, I suppose. For nothing like that self-portraying mask is able to reveal this existential lostness – a Flemish trait perhaps? – which does not necessarily mean anguish but also and moreover means lightness and humour. The effect of this mask is mirrored in the apparent linearity of the plot of Ruta natural, which finally draws a circular path punctuated with jumps from different scenes of a pluriverse: the normal and the absurd coalesce, the “natural” and the awkward coincide.

The thread of the mask tells me that this exhibition (curated by Fanni Fetzer) is definitely more than the exhibition of a gigantic making-of of two films. I choose one of the wonderful paintings that play with the distancing effect through the juxtaposition of commenting texts – in collaboration with Koen Sels. Under a burning house – the home he’d rather stay at? – we read: «After a while, you will come up with something totally new and thank me, a whole new body of works, he told me. No more routines and boring predictable stuff but something weird and authentic». Weird because authentic; authentic because weird… Yes, weird and authentic, as only cinema can be.

[…] Jeremiah Zagar returns to the grammar of perception, where sound, image and touch are ... 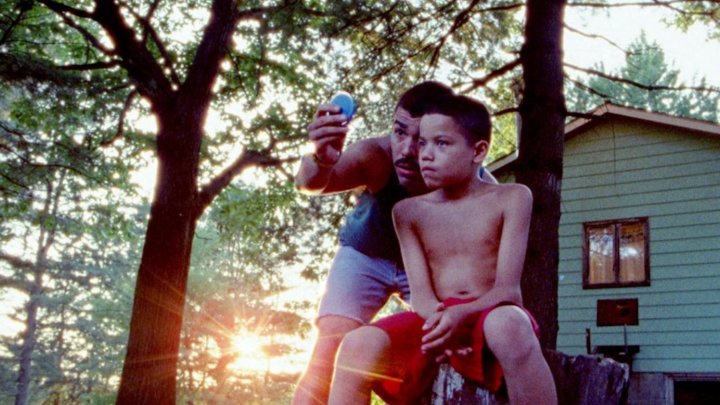 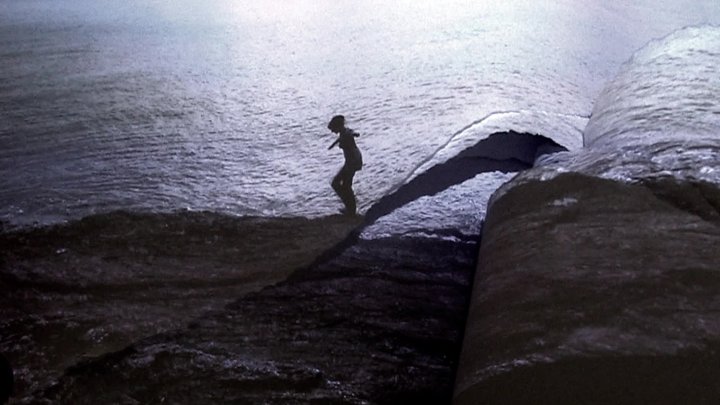 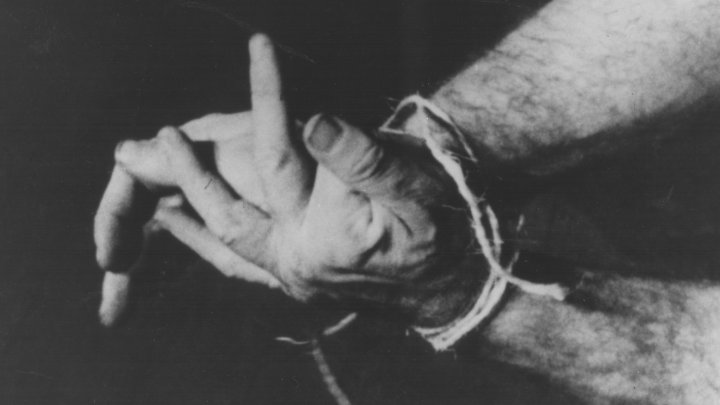