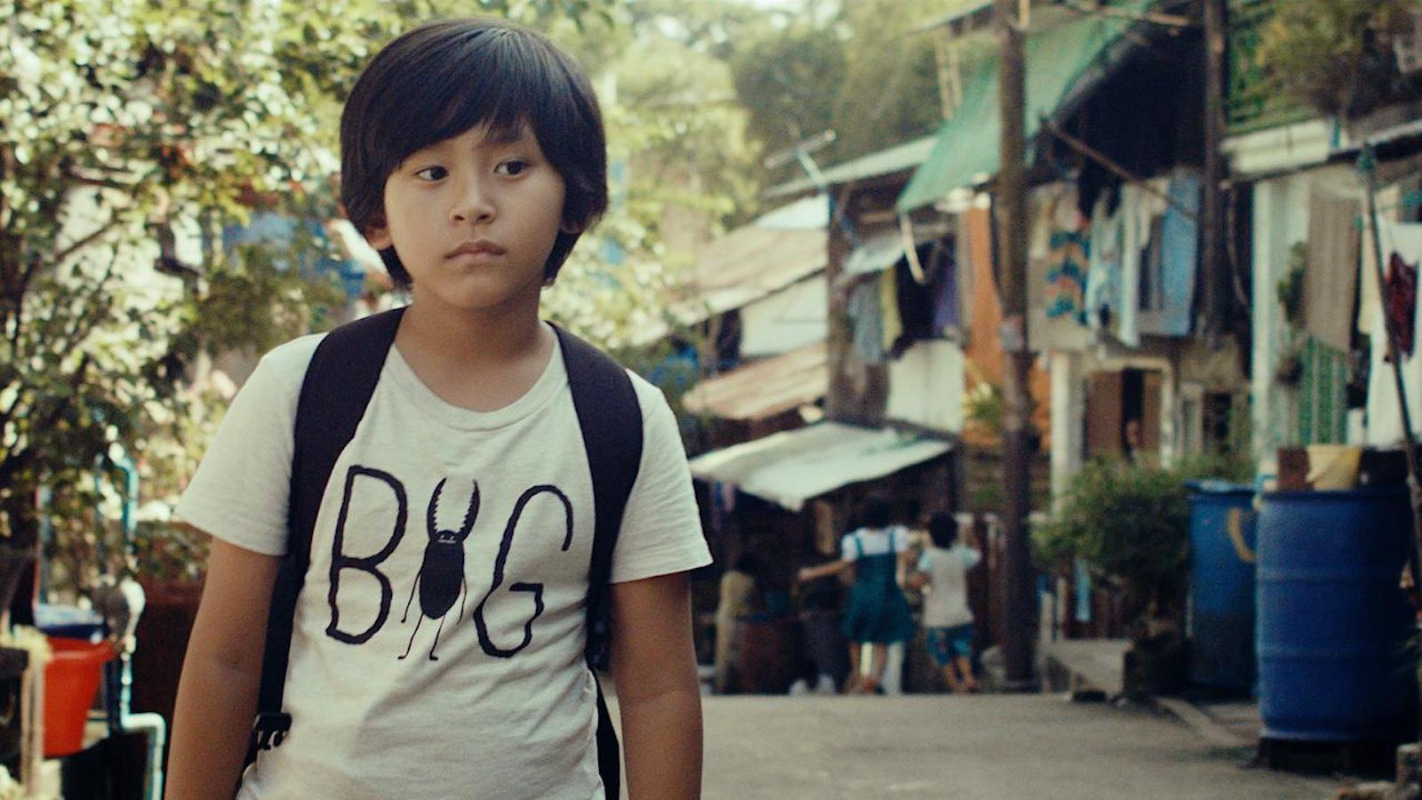 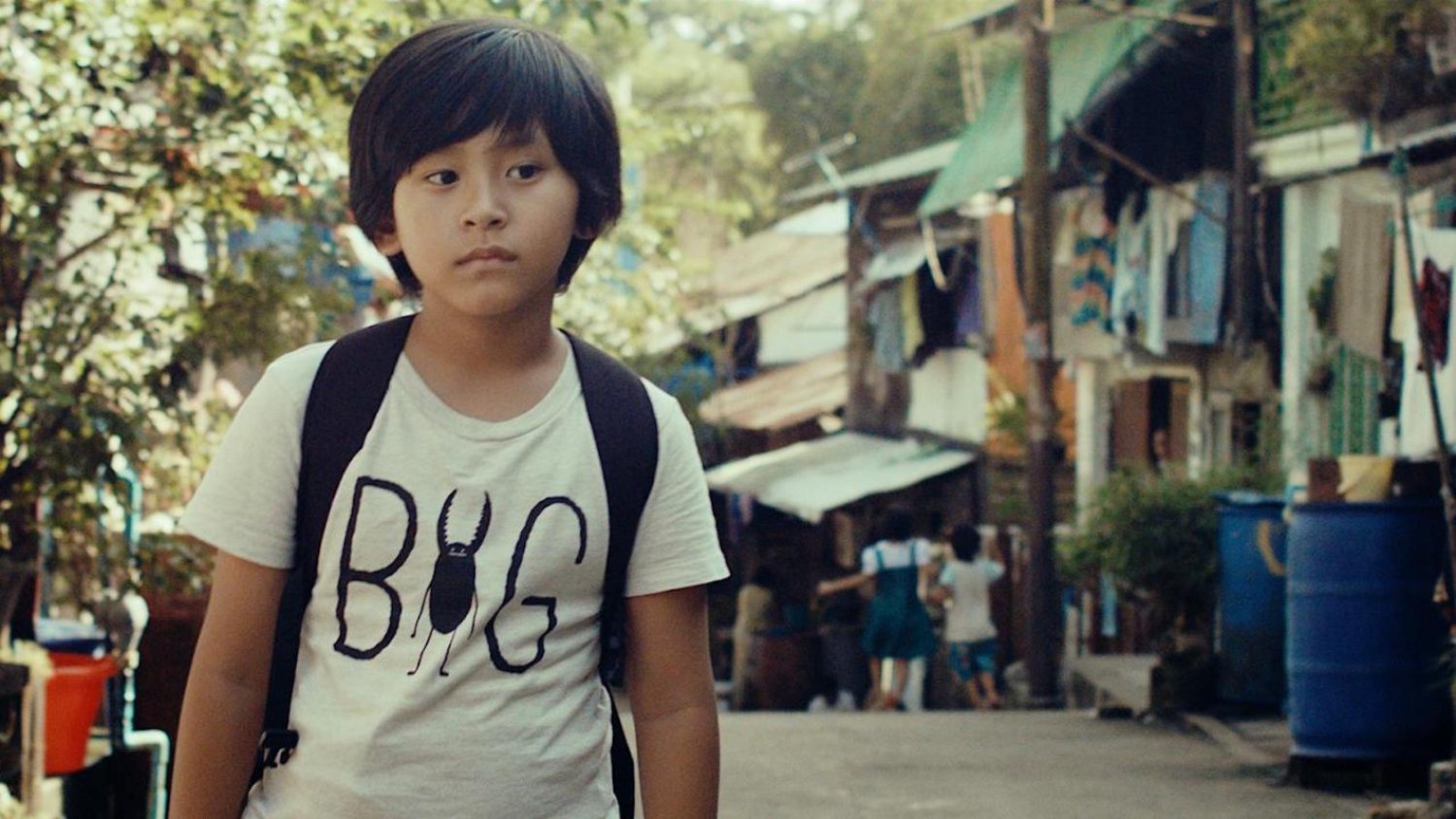 […] Fujimoto wants to stress how the truth of the lives and dramas of the migrants interests him more than the questions concerning the fictional or documentary aspects of the film.

[…] The next journey of the film to Myanmar, and the journey of the Burmese family to Myanmar within «Passage of Life», constitute together a further layer for the confrontation of Japanese cinema with a non-internal Otherness. 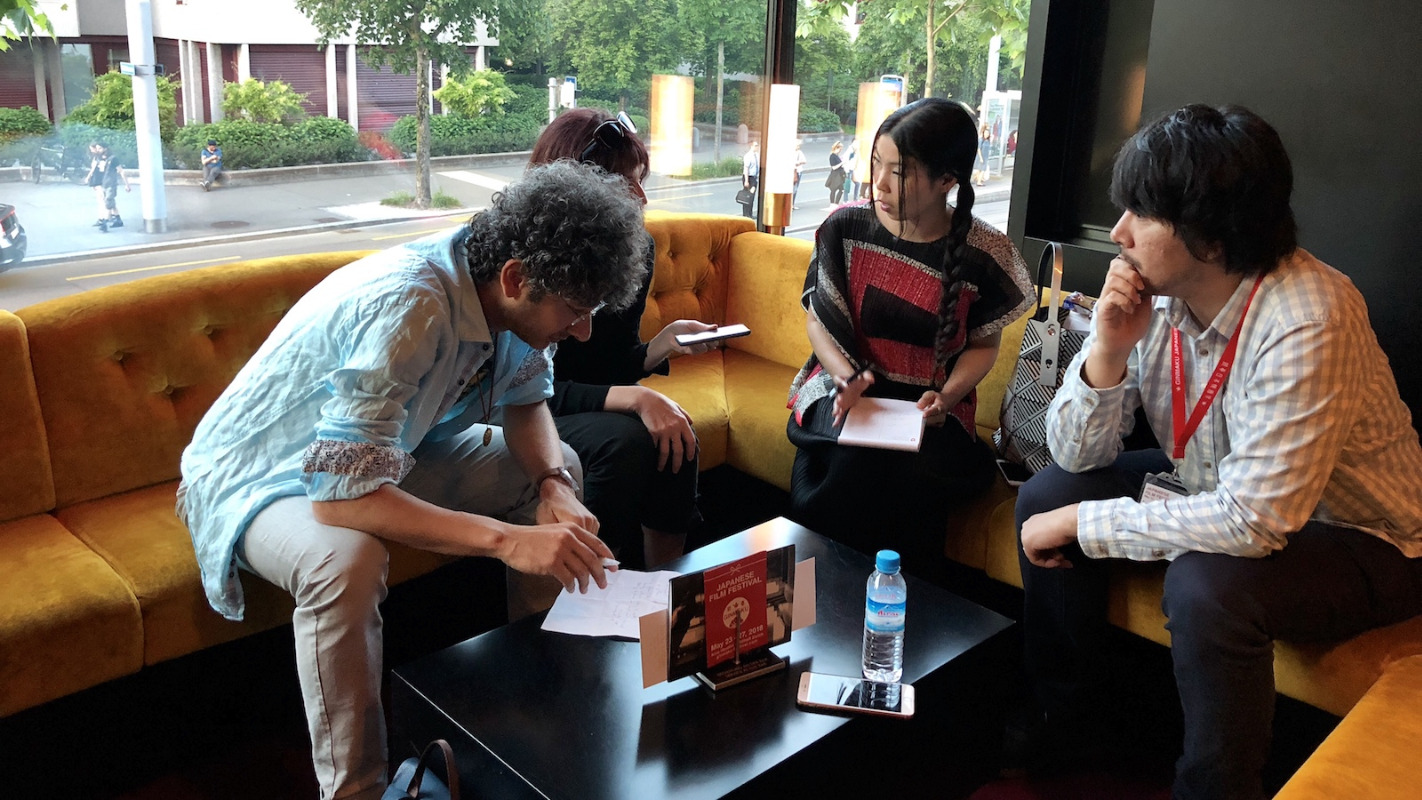 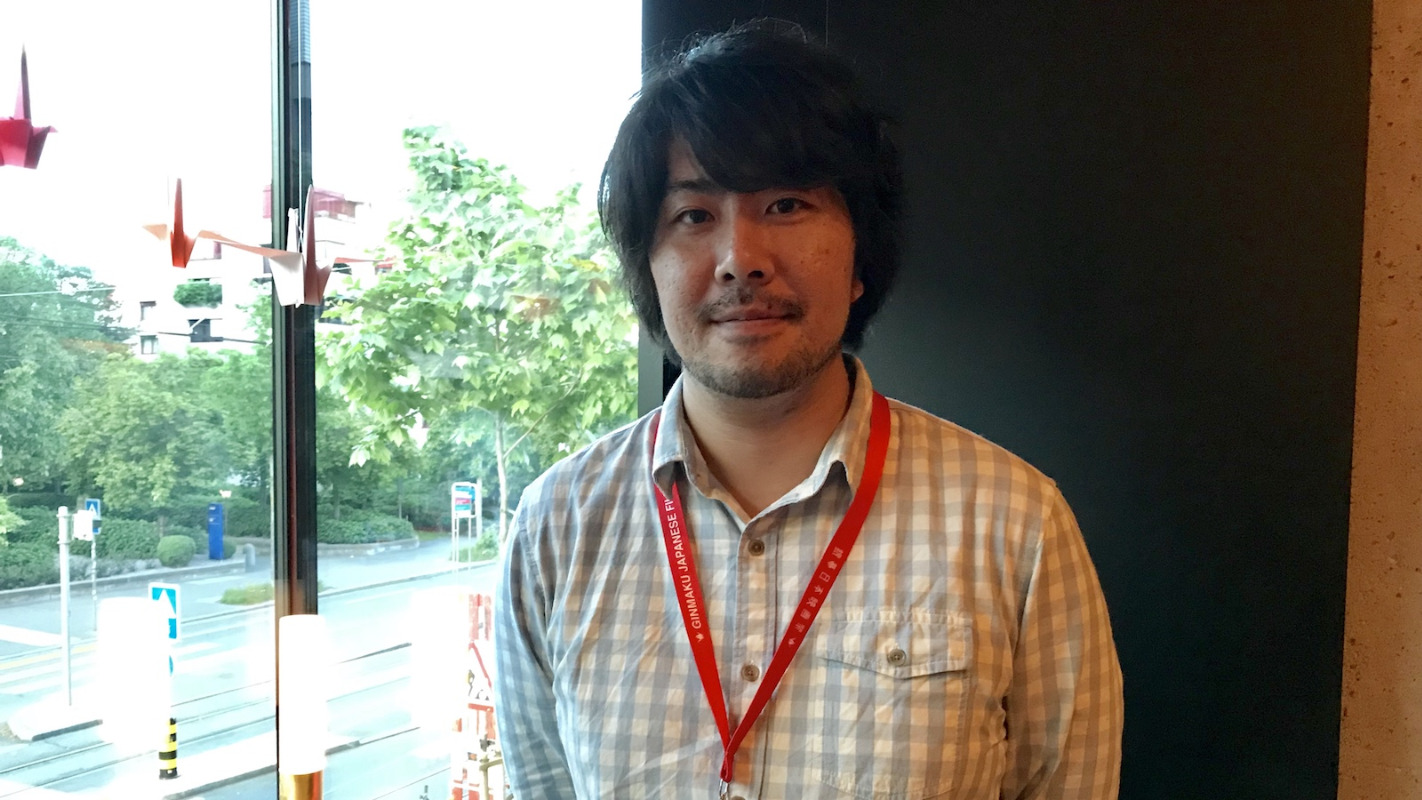 Passage of Life: a review in discussion with the filmmaker Akio Fujimoto

I discovered a little film pearl at the Ginmaku Japanese Film Festival in Zurich: the elusive title notwithstanding, Akio Fujimoto’s Passage of Life approaches many themes in a delicate and precise way, but moreover breaks the “traditional” absence of the theme of the “foreigner” in Japanese cinema (with the exception of Takashi Miike’s cinema of the gaijin), as it focuses on a Burmese family waiting for a refugee permit. Since at least Akira Kurosawa’s Yojimbo (1961), the figure of the outsider has been richly developed in the Japanese cinematic self-representation, but rarely goes beyond the limit of this self-representation itself. Passage of Life appears then to be not only Fujimoto’s first feature but also an important experience for Japanese cinema in explicitly exploring a non-internal Other, which equally aims to be, or happens to be, integrated, or at least recognized.

Thanks to the gentle mediation of Mizuki Mazbara, curator of the Ginmaku Japanese Film Festival, I was able to speak with Akio Fujimoto at the Swiss premiere of his film at Kino Houdini and realize how he himself has discovered the reality of Burmese immigrants thanks to his producer, Kazutaka Watanabe, who had the idea to push him to explore this aspect of Japanese culture and society. The filmmaker travelled to Myanmar and then found in Japan the future protagonists of the film, a film that had never before been considered a documentary subject. Despite this choice, the impressive intimacy that Fujimoto’s camera is able to achieve with the members of the family, and the style of shooting expressing an apparently unsettled situation, give a distinctly documentary flavour to the film. In this, Fujimoto wants to stress how the truth of the lives and dramas of the migrants interests him more than the questions concerning the fictional or documentary aspects of the film.

However, the “actors” are not originally actors and are a real Burmese family (except the father), who were asked to go about their own lives, according to a script that suggests to them only some basic situations, in which they were free to improvise their own reality. Only three persons have remained behind a smartphone-size camera, in order to obtain the greatest possible level of authenticity, especially with the two little children. This has allowed the filmmaker to acquire a large amount of emotionally loaded footage, which has abundantly overcome the needs of the initial script. Therefore, Fujimoto confesses that three years of editing were necessary to find a new balance and create a line of storytelling that in the end I find particularly convincing.

Yes, all the details on the process of filmmaking that the interview with Fujimoto brings to us are certainly useful to understand the exceptional authenticity of Passage of Life and at the same time cannot but emphasise even more Fujimoto’s ability to tell a story that is both real and filmic at the same time. One of the most brilliant aspects of the storytelling is the fluctuation of the point of view. If at the beginning of the film the family seems to have a unique point of view, the drama of being confronted by the reality of an illegal stay in Japan splits the positions of the father and the mother, which implies a splitting in two filmic points of view – and we start to follow their two different perspectives separately. With the mother and the two children moving back to Myanmar, the film perspective changes again and we slowly assume the point of view of the elder son, Kaung, up to his solitary wandering throughout Yangon. In these wonderful scenes, Fujimoto’s choice of the frames embodies the perception of the child, so making the problematic and objective approach towards the family drama transcend into a subjective and emotional approach.

This climax of the perspectives with the emergence of the child’s point of view coincides with a climax of the theme of the identity (it was curious to discover, during the live-translated interview that the Japanese word used to translate “identity” is …“identity”!). Not only the identity of the (Burmese) refugees, and particularly of the (Burmese) children born in Japan from non necessarily well integrated parents, is at stake, but also the identity of the migrants that come back to their homeland after a long time. They are perceived as people of success and are considered rich, whereas they often have just to cope with failure and a second season of problems of (re-)integration. In this respect, Fujimoto says that he is looking forward to screening the film in Myanmar next September; as such a film cannot but convey a new awareness of the complex situation of the migrants – even in the less discussed situation of their return journey. In this way, Passage of Life perfectly succeeds in expressing a universal situation through a local story.

Moreover, the next journey of the film to Myanmar, and the journey of the Burmese family to Myanmar within Passage of Life, constitute together a further layer for the confrontation of Japanese cinema with a non-internal Otherness. For in the scenes of Kaung’s wandering through the streets of Yangon we cannot ignore Fujimoto’s own wandering as a Japanese filmmaker in Myanmar, thus providing the opportunity for Japanese cinema to expose itself to the gaze of the Other – a further step after the relatively new opening to the foreigner that this film programmatically states.

The Spirit of Asia Award at Tokyo International Film Festival 2017 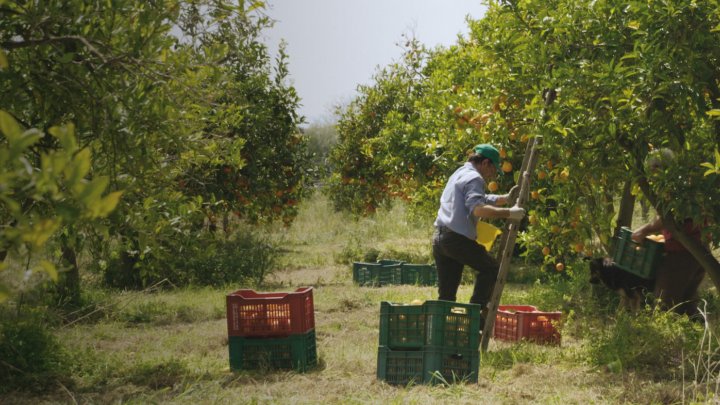 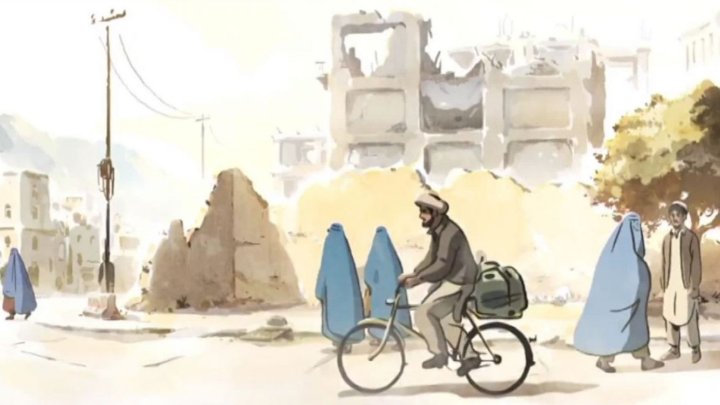 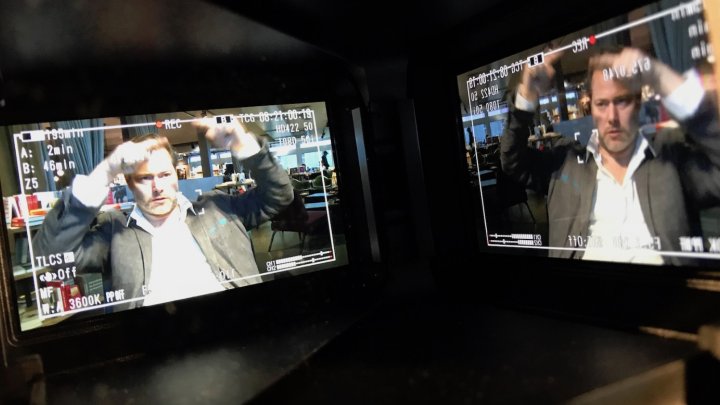