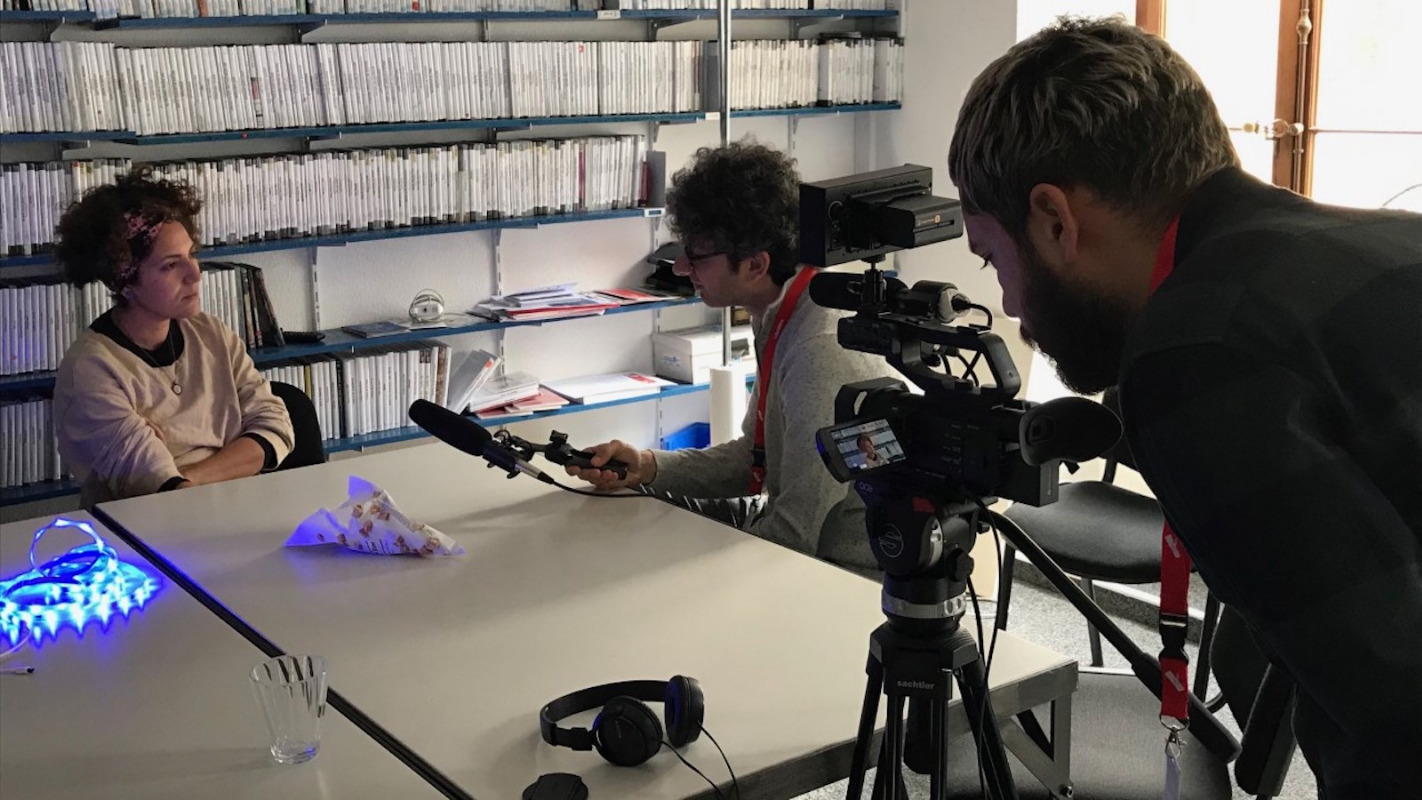 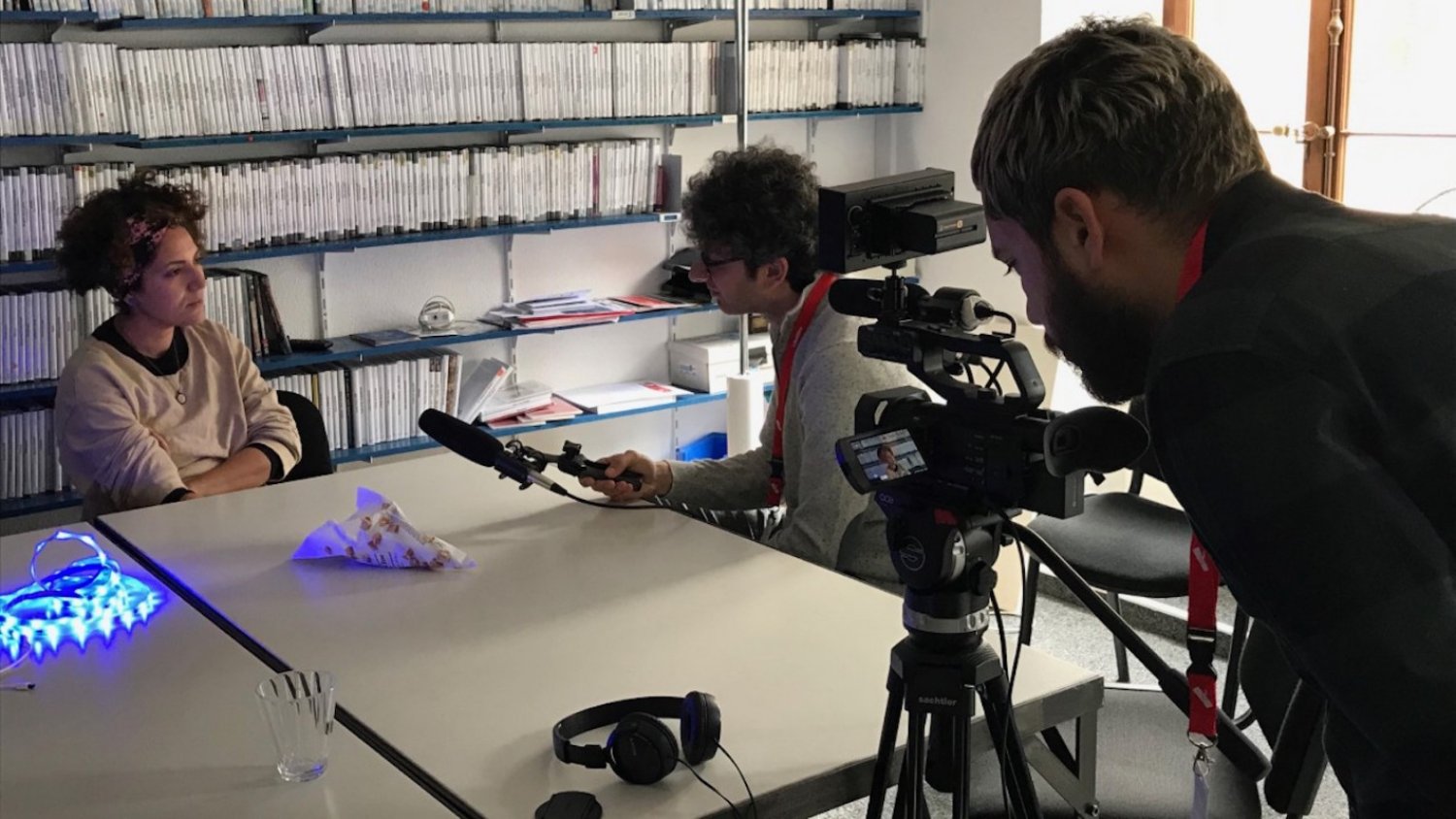 […] Scheherazade’s storytelling then becomes not just an occasion to tell stories on the big screen, but the actual theme of the film. In an indirect and intelligent way «In the Name of Scheherazade» is one of the best film adaptations of the ancient mythological corpus of tales.

[…] Scheherazade/Kalhor’s ironical reversal of the roles displays a strategy of revolt that does not annihilate but includes the exploiter, making him/her the exploited. 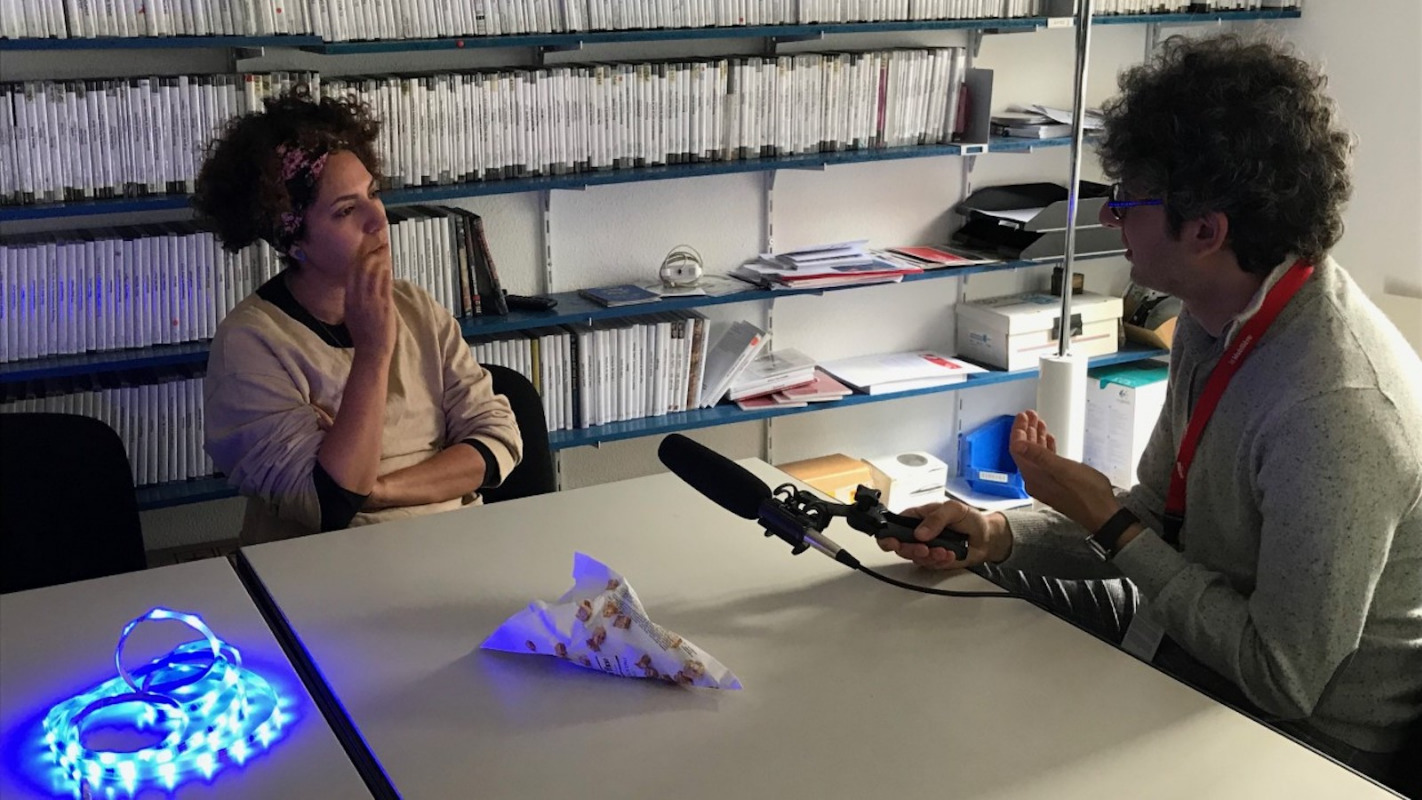 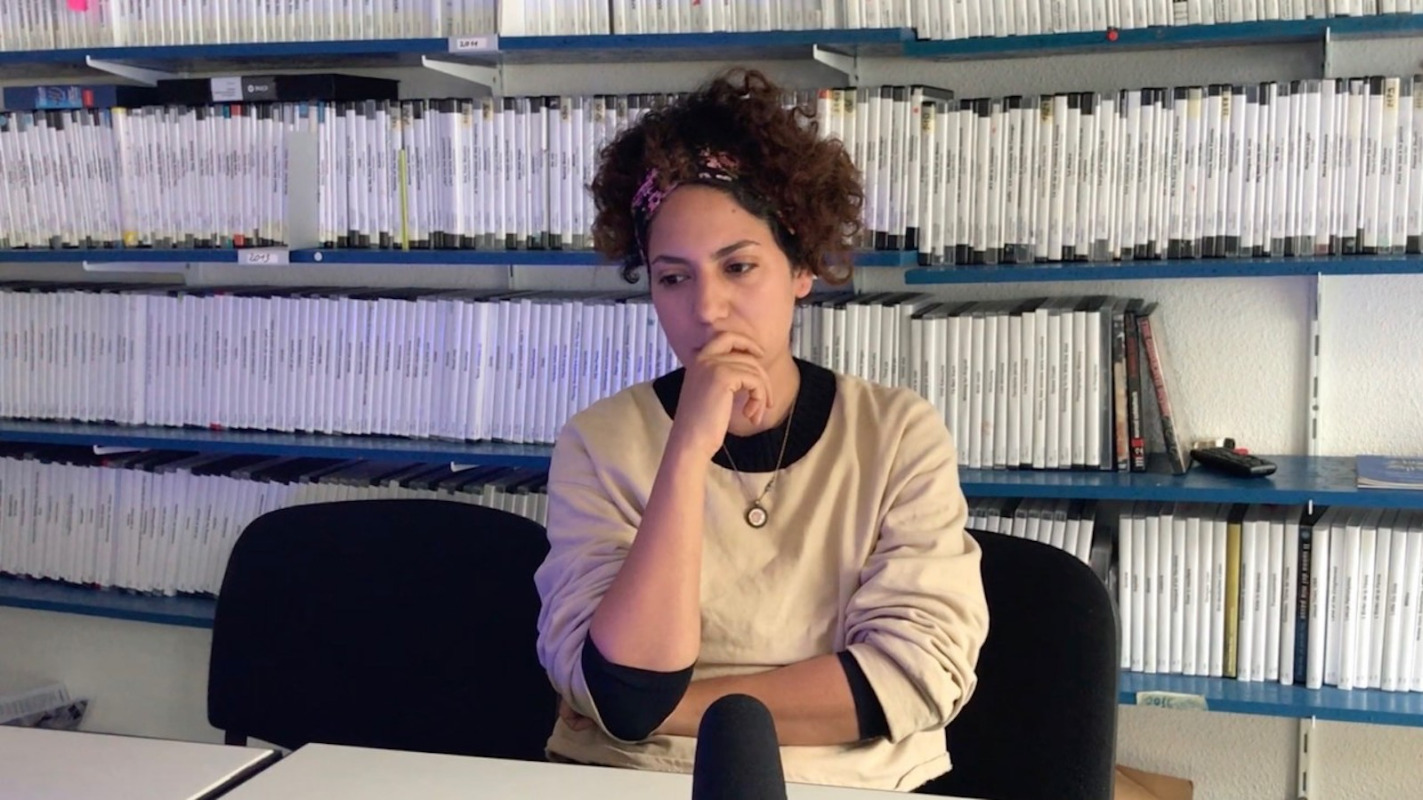 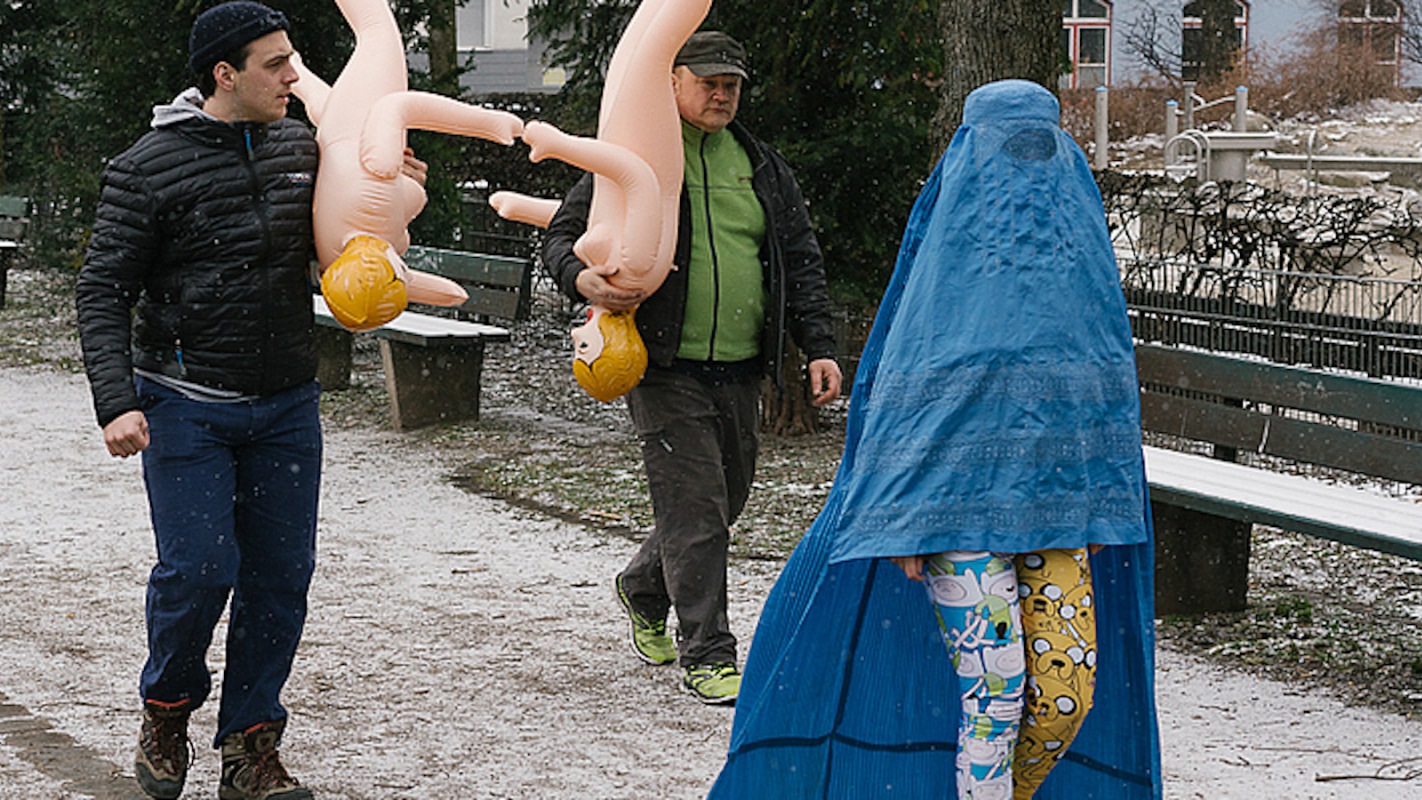 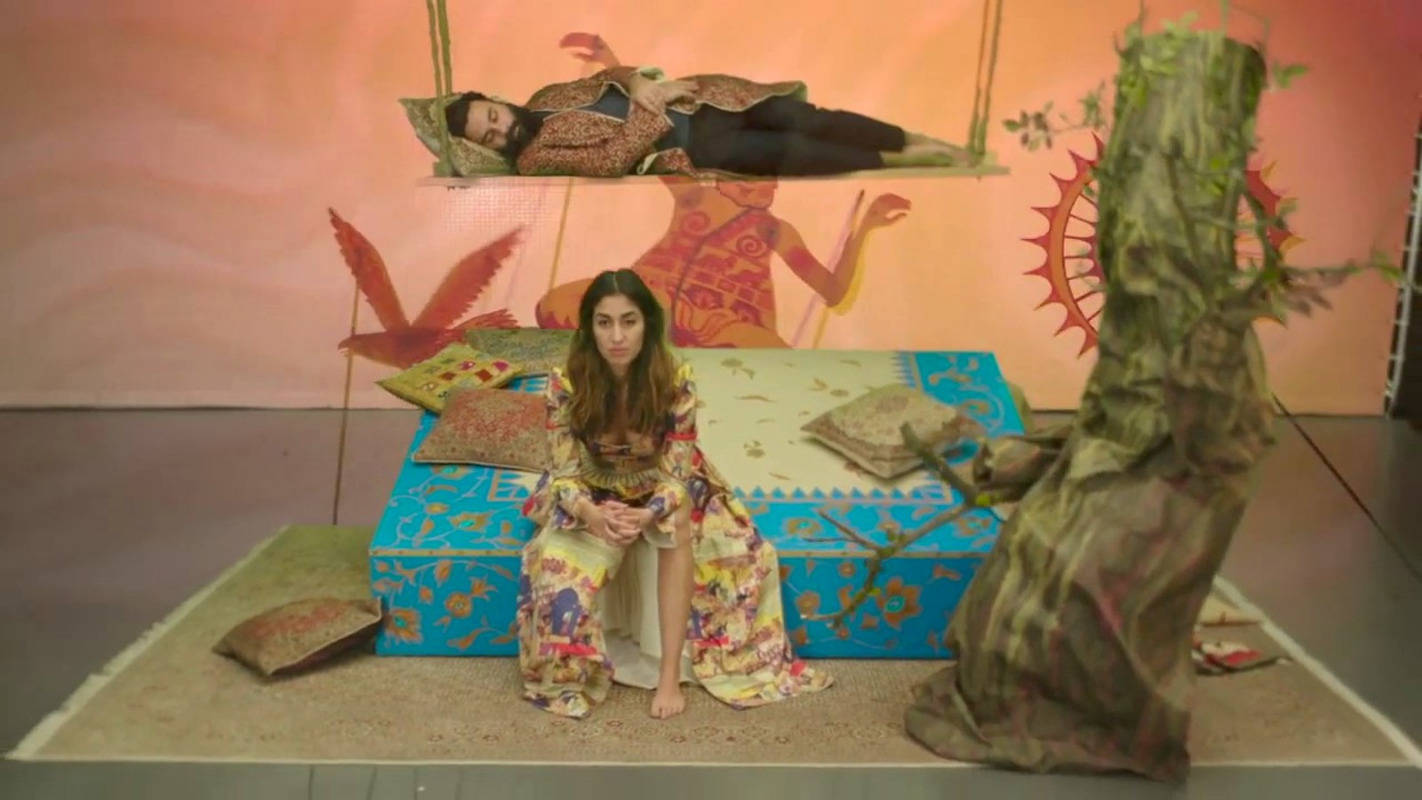 The experience of making a film is often a dramatic experience that is much more interesting than the film itself. Therefore, making a film of the making-of of the film that one would have initially liked to realise is a common conceptual move that allows the filmmaker to put forward his/her own experience of making a film and reflect on filmmaking in general, but it is from the very beginning of her project that Narges Kalhor has imagined a film in the form of the m­­­aking-of of the film. The act of revealing the making-of, then, is not a realist documentary gesture but an openly staged strategy of storytelling. In the Name of Scheherazade is a fake making-of of the even more fake – but highly realistic – documentary film on The First Beer Garden in Tehran. The wonderful travelling-back that ends the film "seals” this second torsion that distances itself from the making-of itself.

In Narges Kalhor’s film, there are actually more than three layers (filming/the making-of/of a film) for we see also Kalhor’s older school film in Tehran, excerpts of Iranian propaganda TV programmes, and – to further complicate these layers with layers of different film formats – animations and a finely drawn shadow play. This last facet constitutes the real key to understanding the multiplication of cinema genres and film formats (to highlight the wonderful editing work in collaboration with Frank J. Müller), which otherwise could sound preposterous: the shadow play focuses on a reworking of one of the stories of the Persian original version of the orally transmitted tale of Scheherazade. Scheherazade’s storytelling then becomes not just an occasion to tell stories on the big screen, but the actual theme of the film. In an indirect and intelligent way In the Name of Scheherazade is one of the best film adaptations of the ancient mythological corpus of tales – in similarly indirect way in which Lost in La Mancha (Keith Fulton, Louis Pepe, 2002), the making-of of Terry Gilliam’s failed attempt to realise a film adaptation of Cervantes’ Don Quixote, can be considered one of the best film adaptations of that classical novel.

Thanks to the architectural intelligence of Scheherazade’s principle of entertaining and the embedded series of stories, Kalhor brilliantly applies Scheherazade’s implicit criticism of the power structure that underlies her obligation to tell stories to filmmaking. Storytelling is a survival strategy where the pleasure of the story hides both (meta-narrative) submission and rebellion, compromise and criticism. In the Name of Scheherazade was actually born as a graduation film and, even if Kalhor’s tutor, Herr Steinbrecher, is shown as the oppressing king that enforces the rules of the game, he should be happy about having been exploited, and not rejected from the film project. Scheherazade/Kalhor’s ironical reversal of the roles displays a strategy of revolt that does not annihilate but includes the exploiter, making him/her the exploited.

Even if the film does not spare Iran and Bavaria from criticism – but rather makes connections between the regime’s censorship and the commercially oriented standards of the Munich school of cinema – it is on the formal level that the film unfolds its truly political potential. This is why we always laugh twice when looking at this film: both for the multiple satirical filmic statements and for the political revolt that is embedded in Scheherazade’s storytelling dispositive. (Social) humour calls for (political) irony and irony calls for humour. This applies to the viewer too, for the film, after having slowly progressed into a second more conventional part, we realise through Steinbrecher’s praise (for this second part) that we had pleasantly accustomed ourselves to the style of the regime – be it dictatorial or commercial. We then have the occasion to undertake our own ironical self-criticism and regain interest for the more fragmented and constructed multi-storytelling that connotes Scheherazade/Kalhor’s artistic and political attitude. Stories never stop, and ironically multiply: with them, we will take our pleasure, but without ever becoming content. Ever. This would mean death.

[…] His speech is a mixture of altered state delirium and lucid consideration of his life; ... 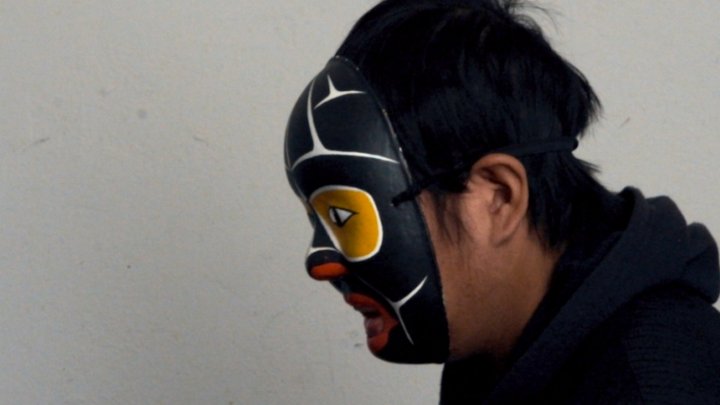 The Still Life of Harley Prosper 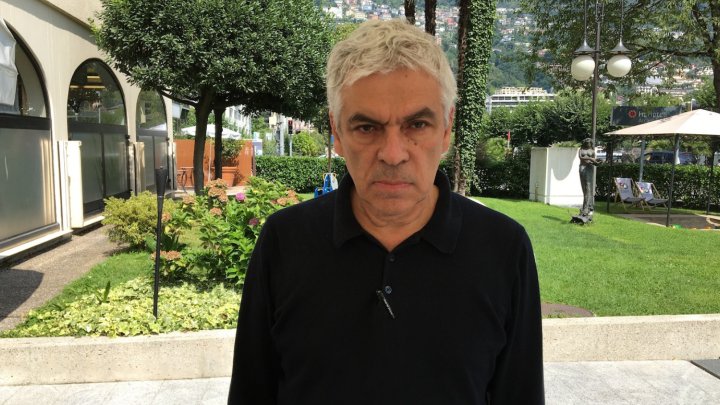 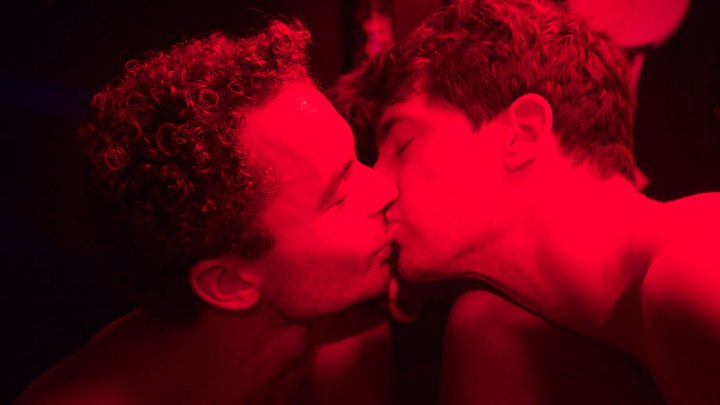