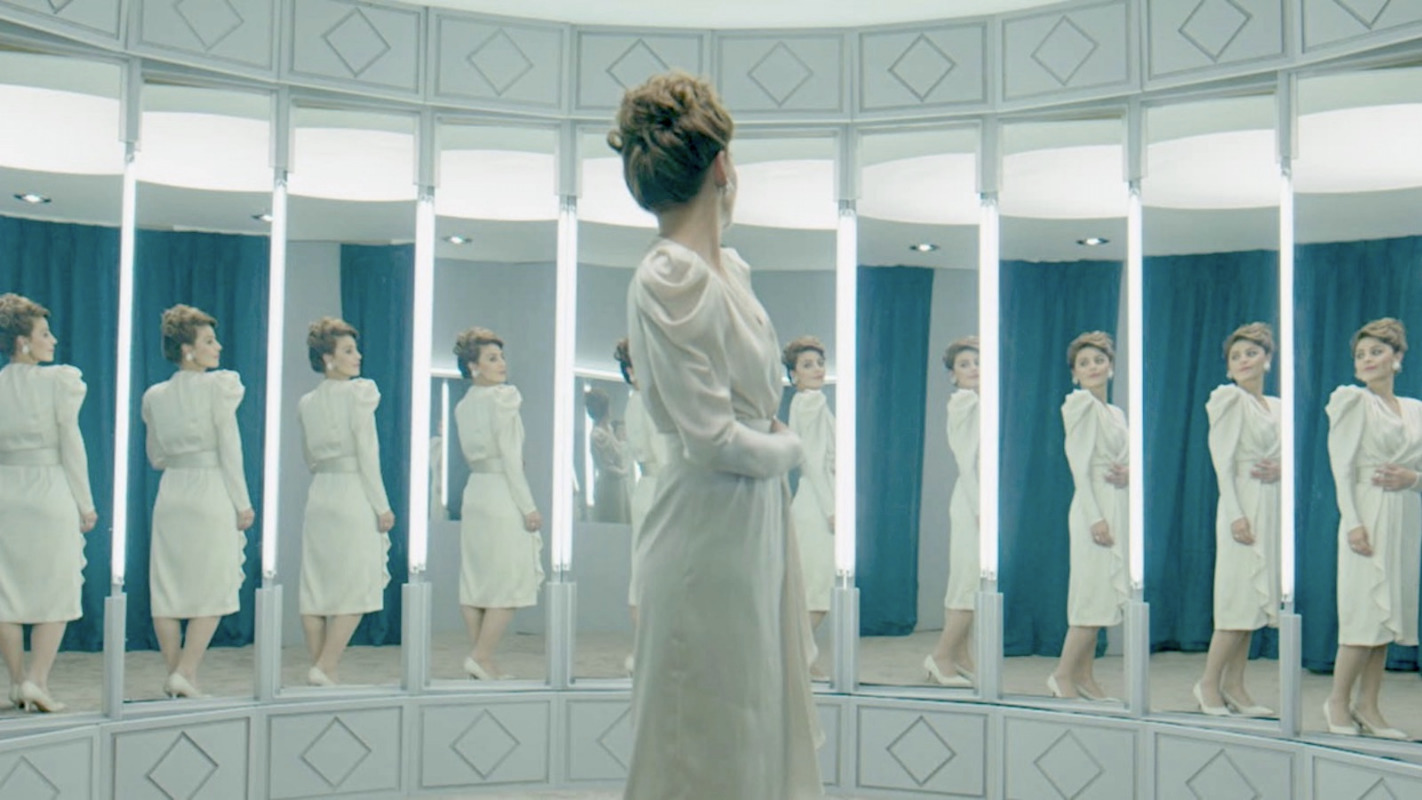 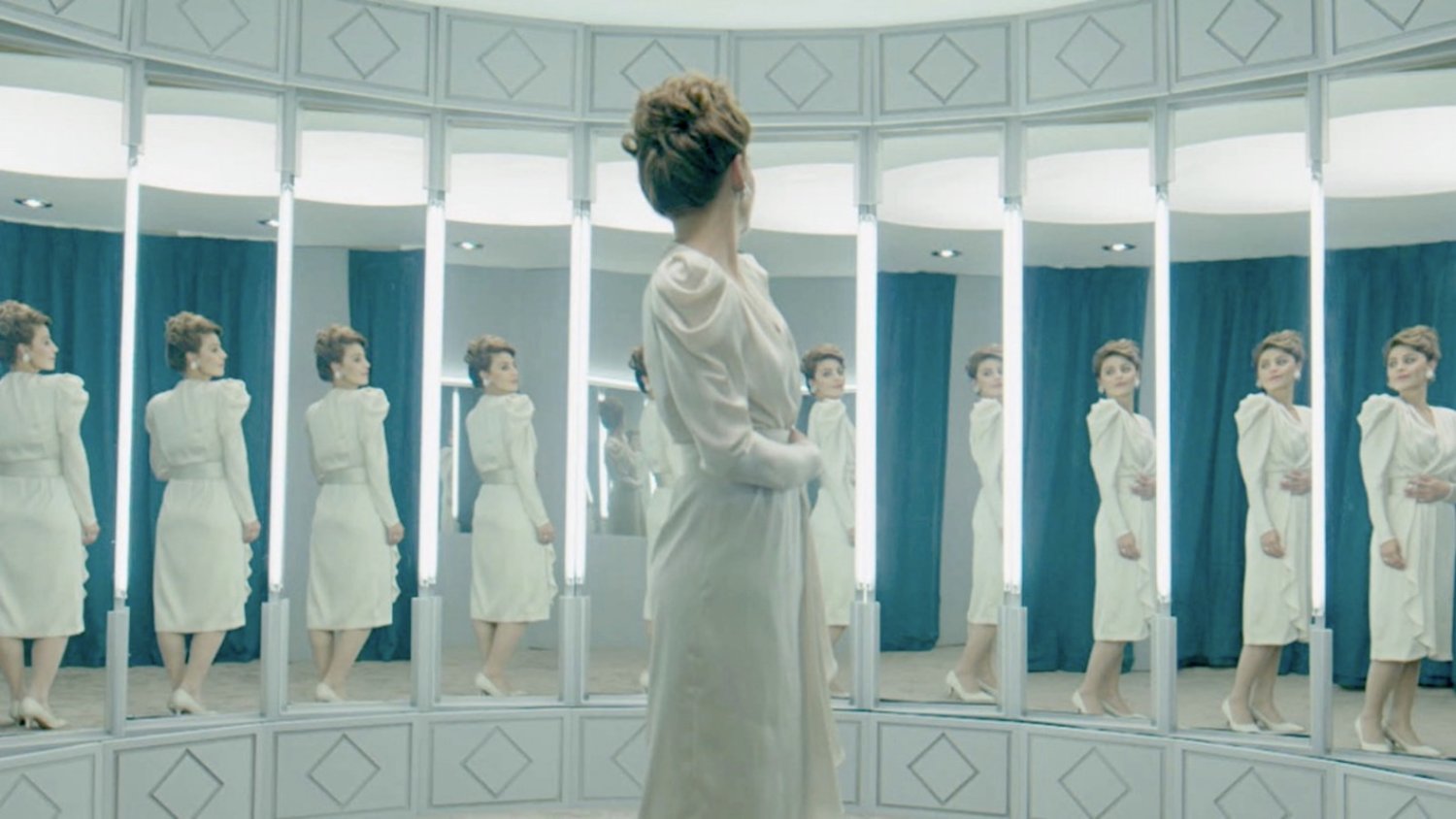 […] Humans will continue to project all sorts of imaginaries to overcome the facticity of their being even when it looks like we have everything. Abella brings the necessity of this idea home in other scenes, acknowledging the absurdness of this human weakness when entangled in the precariousness of a market economy.

[…] There are many semiotically rich gestures in décor, costume, behaviour and dialogue like these from Abella that permit us to paradoxically see the depth of shallowness in this character that we simultaneously admire and loathe. 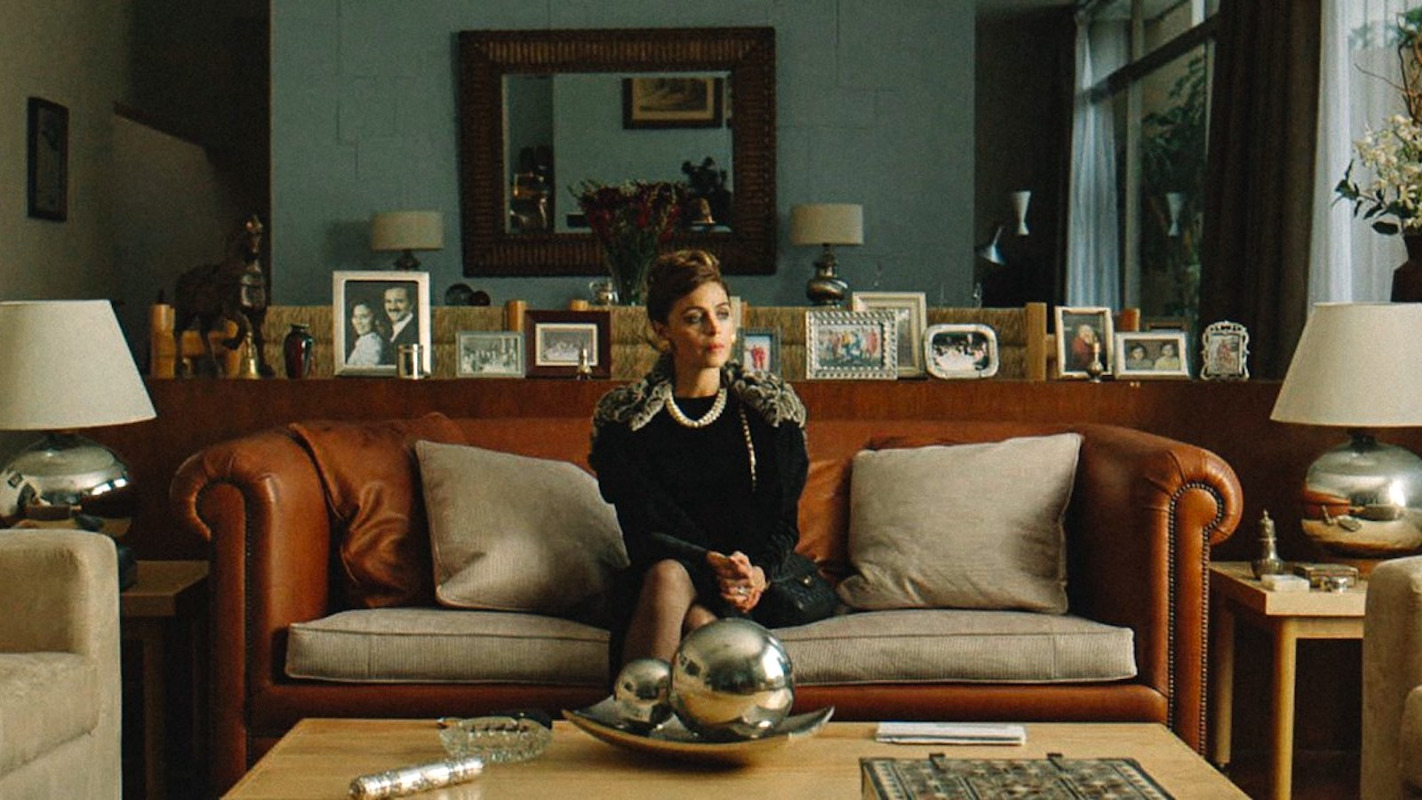 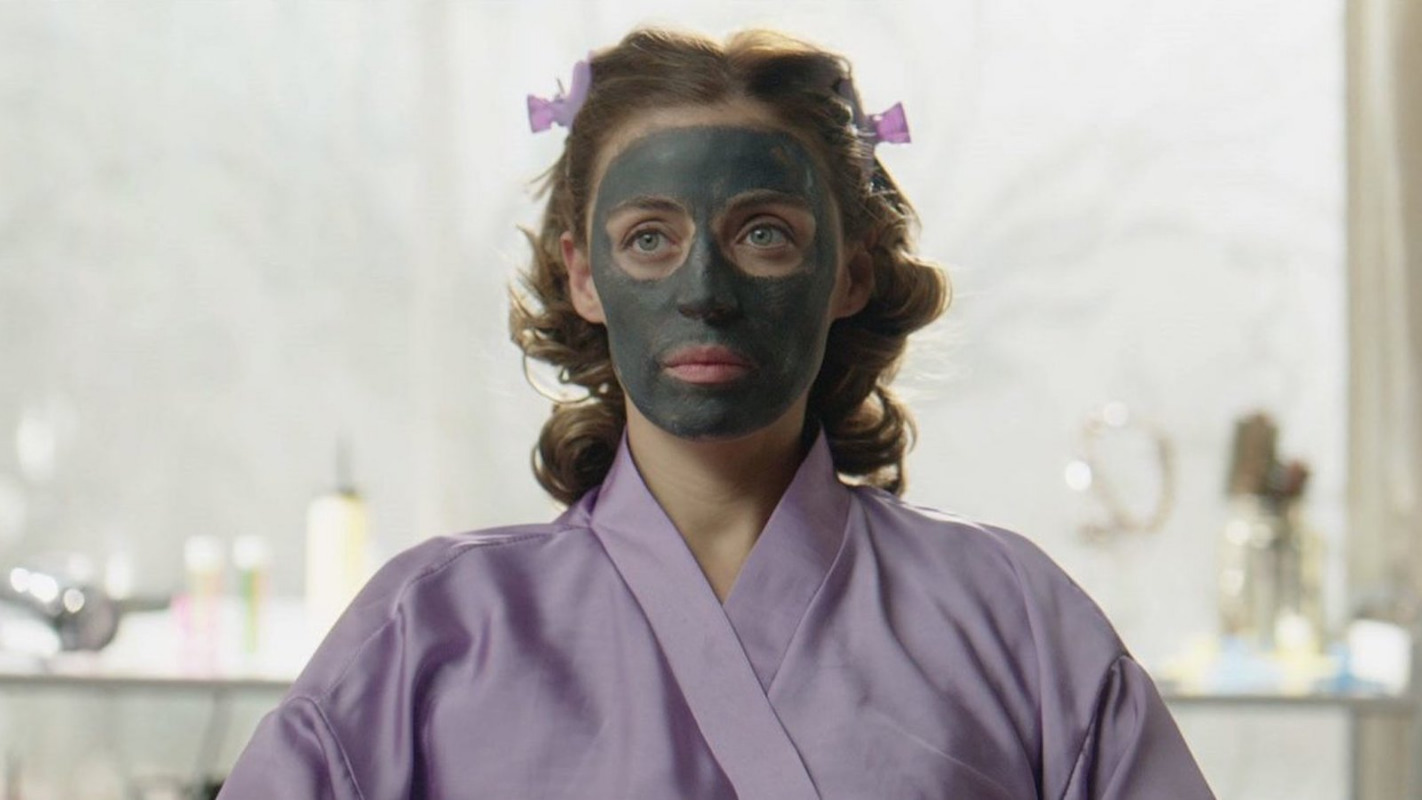 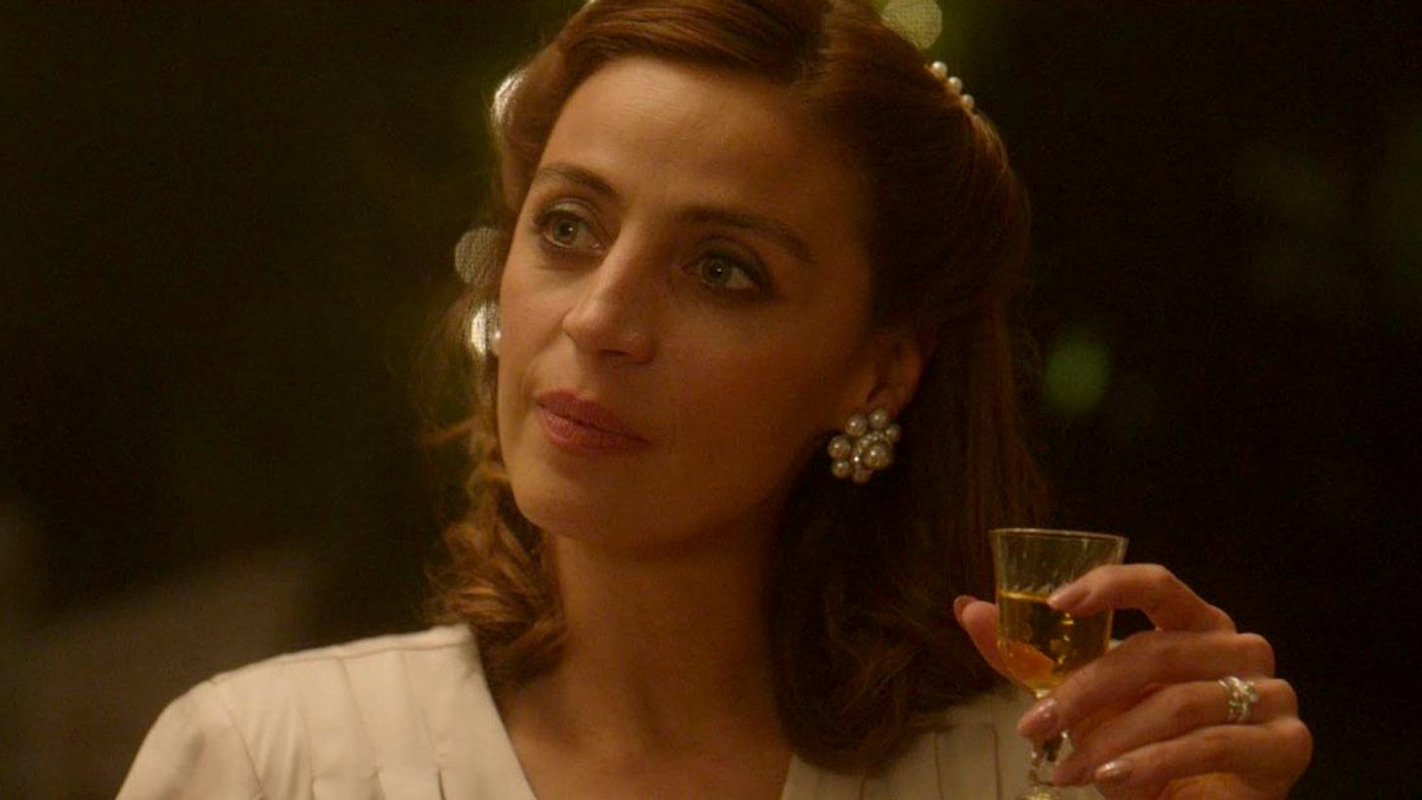 It’s 1982. Mexico is catapulting into the economic deprivations of an International debt crisis that we know the Country never recovers from. Sofia de Garay (Ilse Salas) is throwing a lavish birthday party for herself with the social nobility of Mexico’s old money in attendance, a world where she is Queen. Sofia appears as the flawless face of her Country’s economic success that every part of her being exudes while ultimately embodying its fragility.

The opening images of Writer/Director Alejandra Márquez Abella’s Las niñas bien support the dreamy, sensuous world of beauty and perfection that extreme wealth and a devotion to accumulating an assortment of capital for recognition can bring. Jewels sparkle, gowns glisten in reflected multitude, make-up and hair radiate a purity one can only soil as the value of these things reduce to nothing more than a few measly pesos. The creamy lighting and circular gliding movements of the camera (Dariela Ludlow) that follow Sofia socialising in her kingdom, smooth out any blemishes or cracks of truth with calculated artifice.

The economic and political crisis erupts. The water shortages are no longer just an inconvenience, but the mark of a failing infrastructure. Those who fall, fall quickly and are ostracised with silent contempt and arrogant pity. Television reports and dinner conversation allow us to understand its severity, but are swiftly truncated by Sofia who denies these realities until her husband’s (Flavio Medina) business crashes, the credit card fails, cheques bounce and the turn of affection and veneration amongst her inner circle shifts to the new social elite where money made from exchange markets is no longer concentrated in the hands of sophisticated families with lineages to Spain, but tacky “dollar-changers” who know little about the fineries of existence.

The beginning of the end for Mexico and Sofia is captured in two noteworthy scenes. In the grotesqueness of an empty department store Sofia’s material downfall is first felt, but unrecognised: her obliviousness echoed in the hollow stares of the mannequins that dominate every frame in this shopping sequence. There is a strong sense of a “fake fakeness” in the mausoleum of slim limbed figures that do not fit the clothing – a doubling that the dead themselves would bring more life to. Sofia drifts vacuously between. Her moment to fully recognise the end of a more than comfortable life is nigh. A life, while for some would be the ultimate fantasy, is for Sofia mundane. Family and her fickle friends are not enough so she needs to fantasise running away with the Spanish singer Julio Iglesias. From this are we to understand that it is never the subject of our fantasies that fuel the futural transcendence of quotidian life? Humans will continue to project all sorts of imaginaries to overcome the facticity of their being even when it looks like we have everything. Abella brings the necessity of this idea home in other scenes, acknowledging the absurdness of this human weakness when entangled in the precariousness of a market economy.

The kid’s party scene is the penultimate moment of breakdown for Sofia. Having just learnt that her husband’s bankruptcy is final, keeping up appearances fails in its wake. The chronology of this sequence is scrambled to great temporal effect with Sofia’s presence at the party erupting in uncivilised behaviour; she can no longer tuck in, rearrange, smooth out or poke behind the ears. With a desperate reflex that is fearless of consequence, she takes what she can from who she can. This scene is superbly performed and cleverly structured in edit (Miguel Schverdfinger). These small crises are still very contained to preserve the propriety of the social game. The tension akin to a Jane Austin who compellingly draws us into polite society with subtle ingenuity.

But ultimately do we learn anything from Sofia? Fundamentally there is no deep moral change or positive rupture in Sofia’s understanding of herself and values: how she might be different in the world without all that money and status. Rather she holds steadfast to her “good girl” grooming. She is a posh Catholic school girl whose daddy is a dollar-changer, and who finally becomes the joke: barking at the President in public, seducing the successful husband of her tackiest of friends, and ripping out her shoulder pads in a symbolic shift from her former dress where they were stitched in like towers to fortify her power and good taste. There are many semiotically rich gestures in décor, costume, behaviour and dialogue like these from Abella that permit us to paradoxically see the depth of shallowness in this character that we simultaneously admire and loathe.

While set in the 1980s with an intimate focus on a character in a very wealthy middle class setting, Abella’s work joins other Mexican film makers like Roma (Alfonso Cuarón, 2018) and Restos de viento (Jimena Montemayor Loyo, 2017) in offering a different portrayal of their place to the depictions of drug-related crime, terrible poverty and trespassing of the border. These films can only help to recalibrate misconceptions and negative attitudes disseminated by non-Mexican film making. 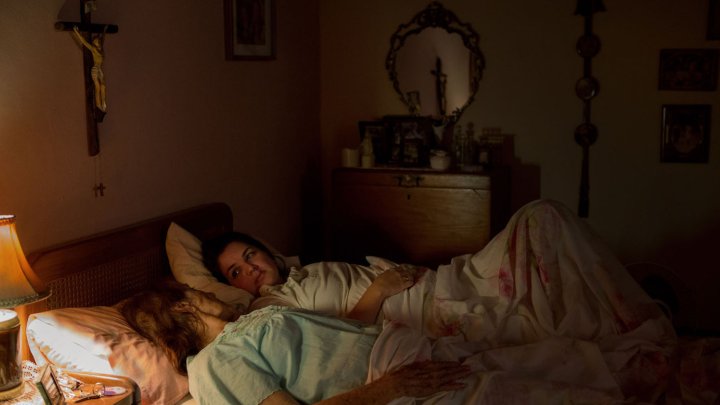 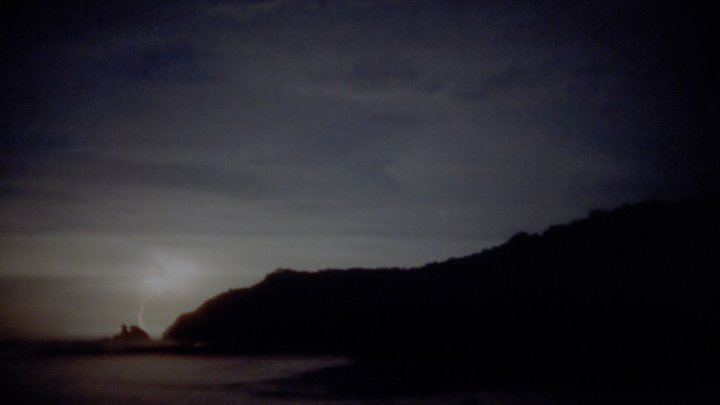 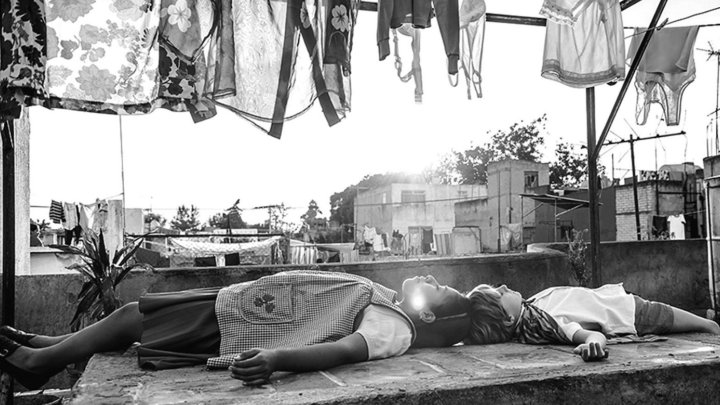