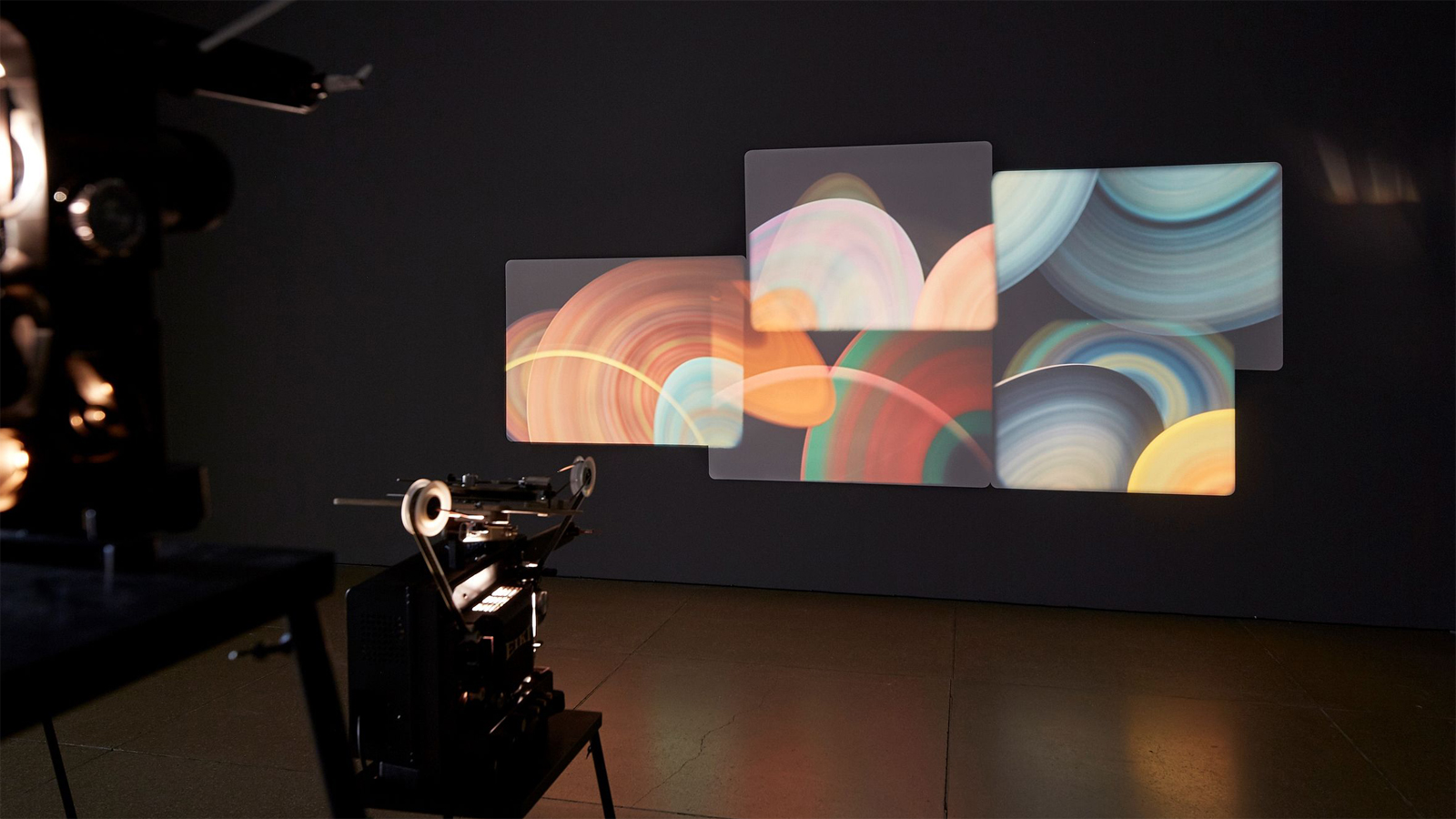 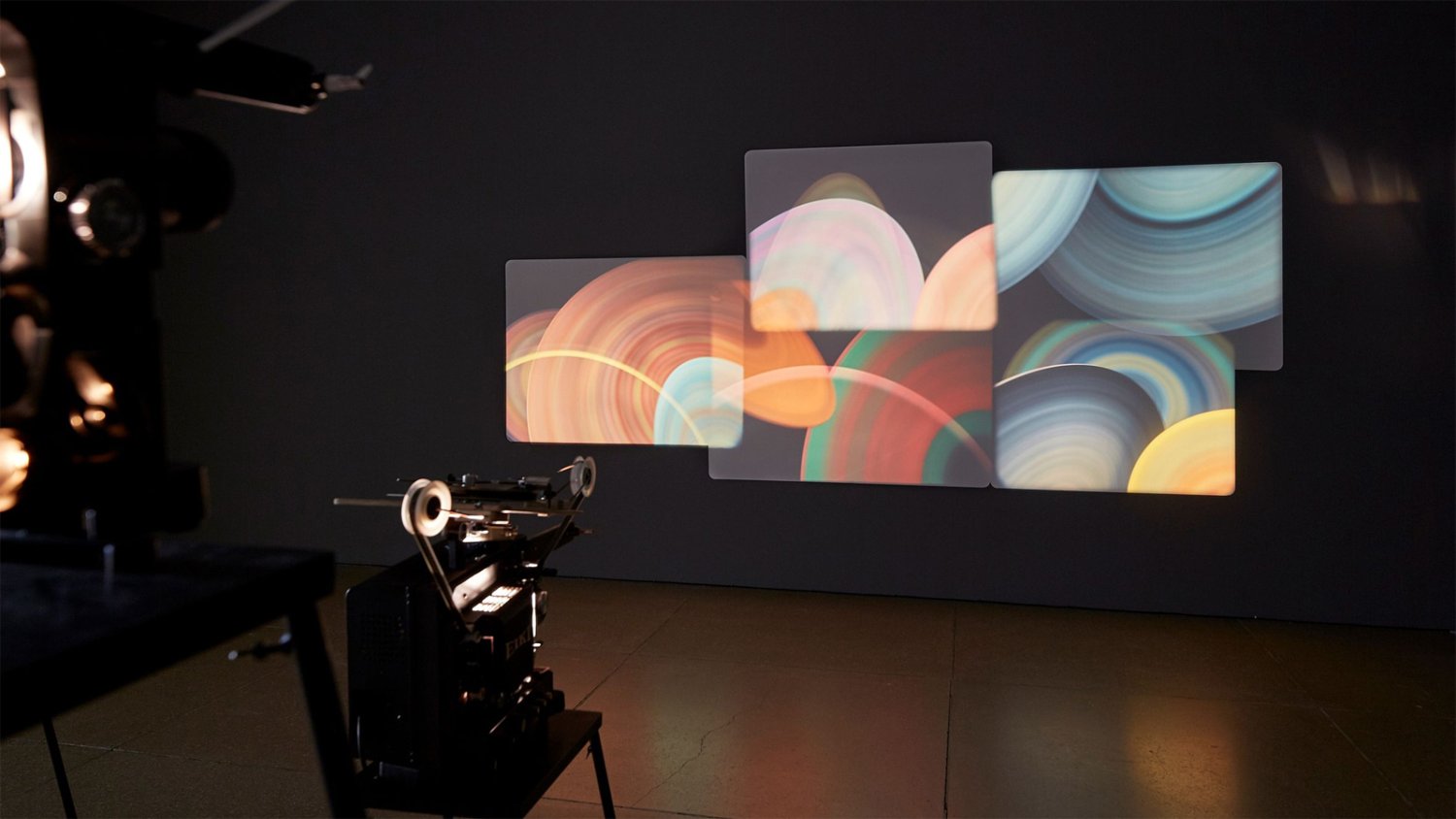 […] Now, the materiality of vision and its self-reflecting possibility involve us directly, or at least our eyes. The eye receives light, but its capacity to see functions like a projective field and can be represented using a projector. 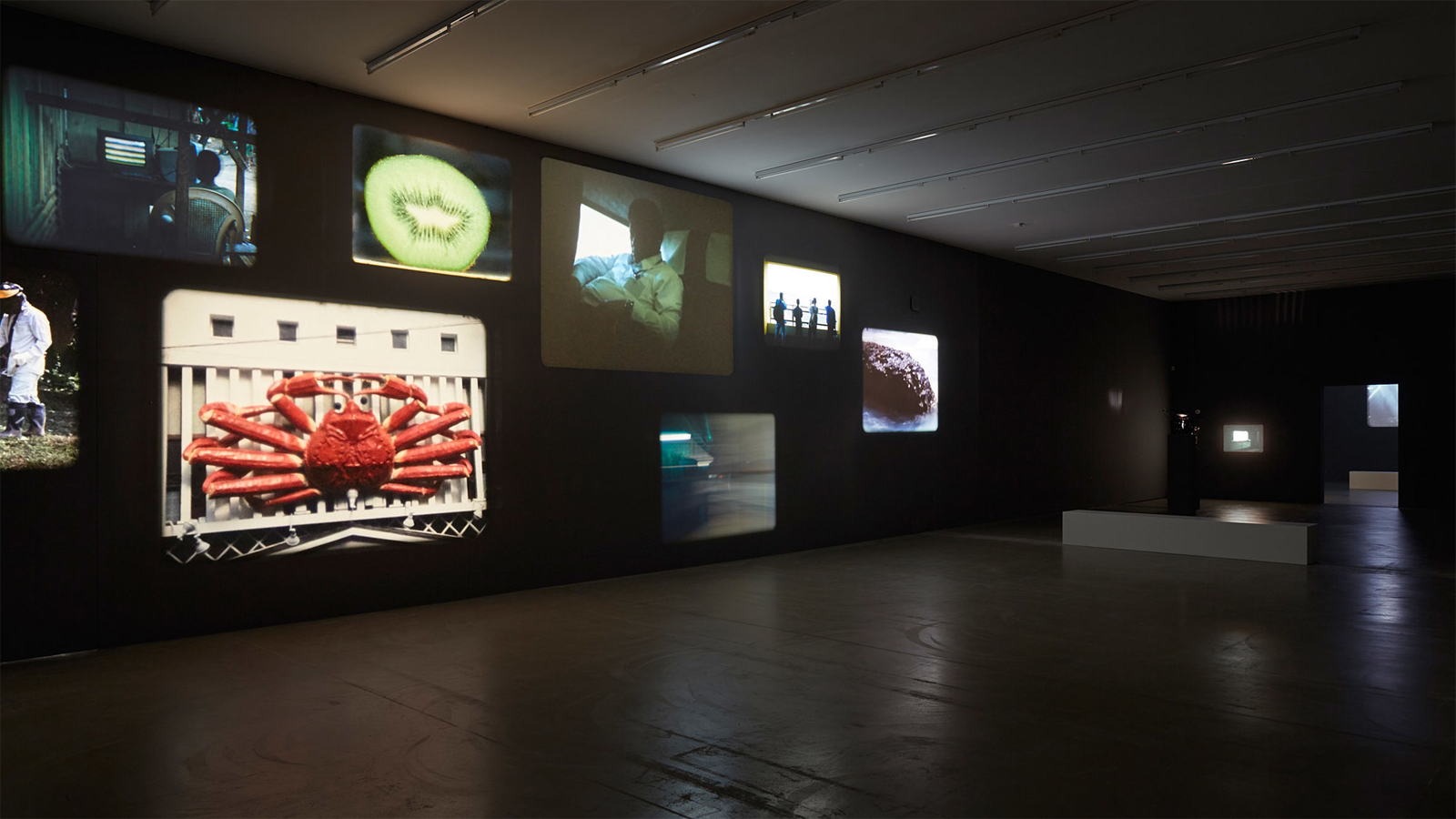 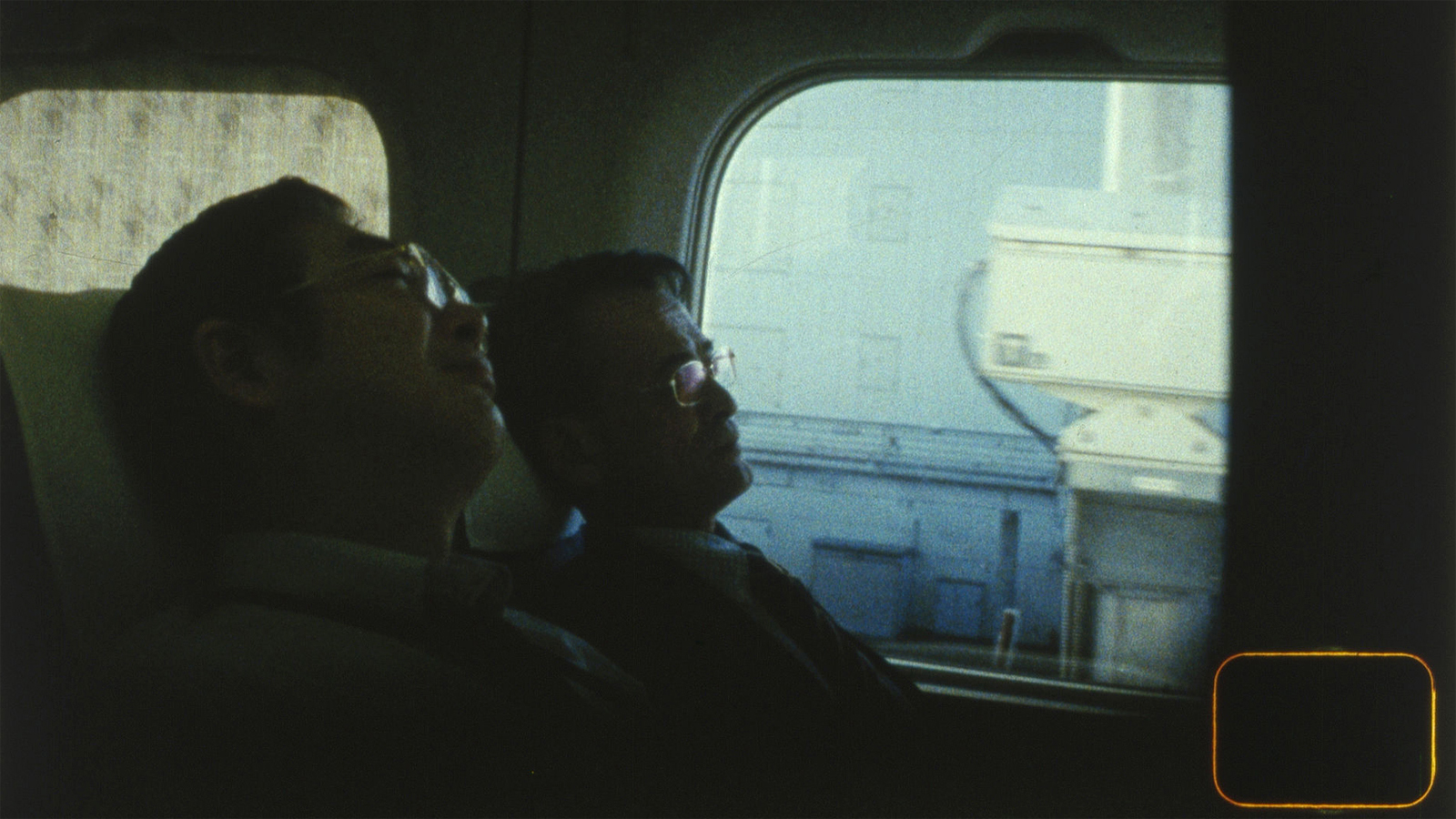 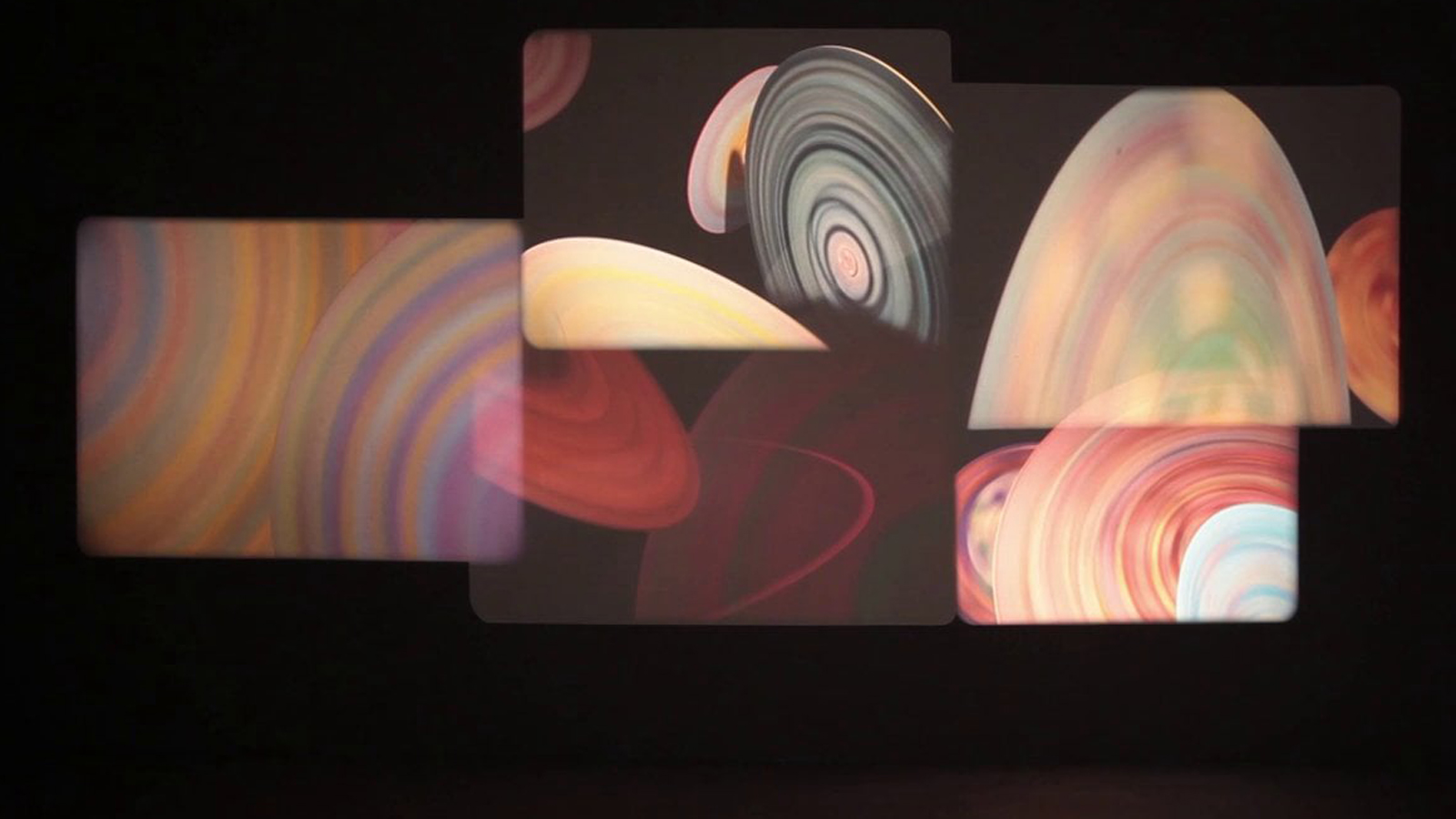 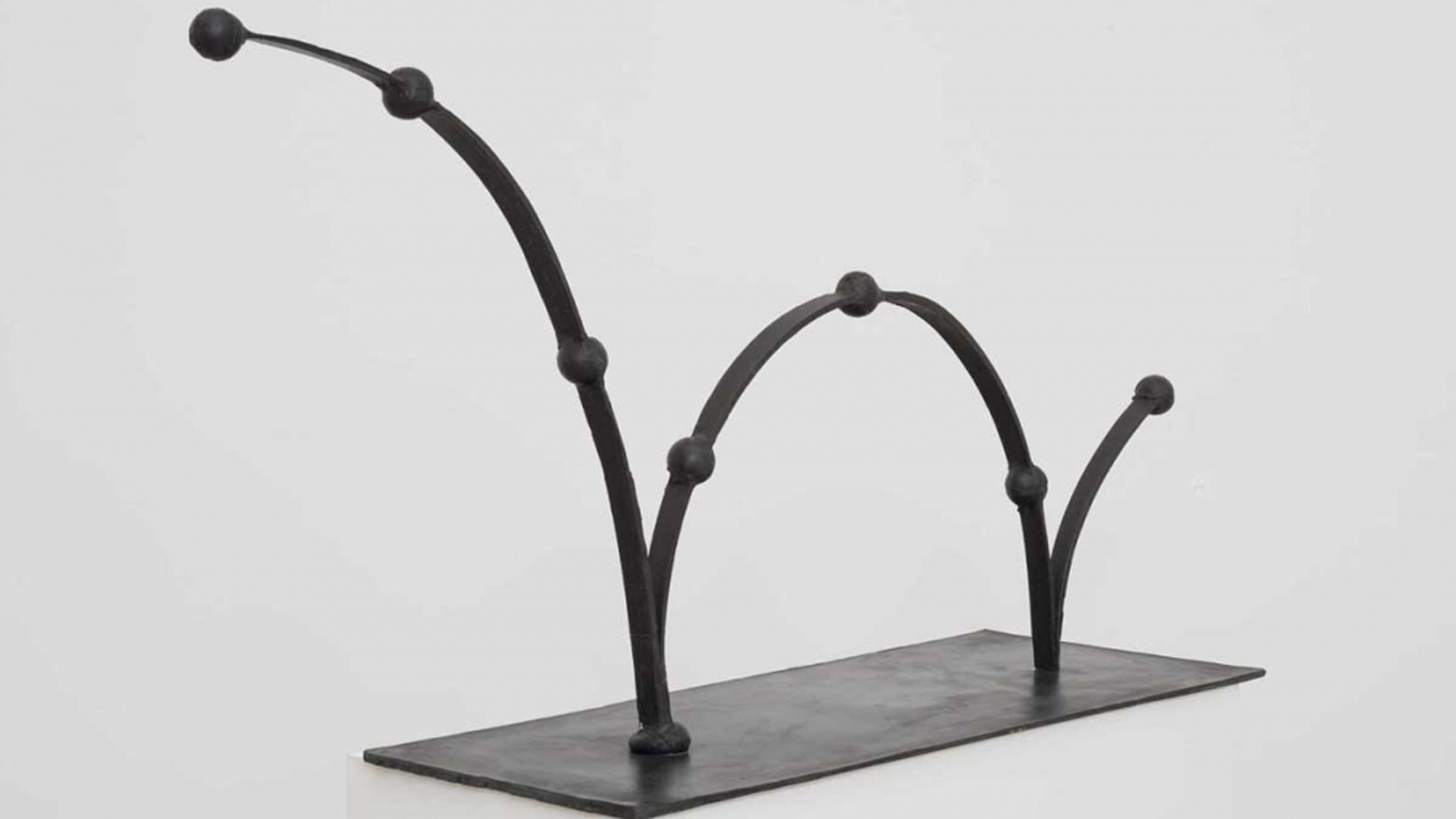 When we enter the dark rooms of the Aargauer Kunsthaus, we don’t just see objects and images, we actually see how we see. What we find is a voyage into the backstage of seeing. We enter the machine of visibility, a machine that has the unmistakable sound of 16mm projectors. So, we are also hearing what we see as the two artists, João Maria Gusmão and Pedro Paiva, systematically investigate the materiality of vision through the materiality of the medium of vision. The projectors are deliberately exhibited and the projection of light is central to the first works we encounter in the museum space: in Onça geométrica and Camera Test the rotation of the film produces images of turning movements. Thus, the materiality of the projective medium displays its ability in self-reflection; and this aspect appears clearer still in the following works through the installation of mirrors that reroute the projected light. We cannot help but identify the image source and sometimes the arrangement of the mirrors throughout the space gives us the impression that the projected light is coming from the projected image itself.

Materiality and self-reflection don’t apply only to the movement of the medium (that produces an image of movement), but also to the light of projection (that produces images of lights), like in the pieces 3 Suns and Osaka Lights. With Solar, the blindman eating a papaya, Eye Eclipse, and moreover Eye Model (one of the oldest piece in the Aarau exhibition), Gusmão and Paiva introduce a third element of reflection on the medium of vision: the eye. Now, the materiality of vision and its self-reflecting possibility involve us directly, or at least our eyes. The eye receives light, but its capacity to see functions like a projective field and can be represented using a projector. In this way, the dark rooms of the museum are not only the box in which the mechanism of vision is displayed as an object, but the room becomes an object as such: our object, our horizon, our cosmos.

We went through only the first five rooms and had already experienced such a complex analysis of vision and projection, of its internal mechanism and its cosmic limits, connecting movement and light, light and the eye. In the sixth room we gain a further layer: the Blinking Buddha not only introduces us to the question of eye-movement, but opens up the realm of the blind seeing, the pure seeing, or perhaps the dead seeing. In this wonderfully organized room, we see the gaze of a god and the gaze of animals (a cassowary, an elephant, a turtle, a cowfish), that is, the gaze of the Other – which is also the gaze of the “mute” machine… the projector. We notice, here, that the 16mm projectors are hidden and their noises muted. A hint towards the classic experiment with triangles and squares to recognize colours and shapes, Triangles and Squares expresses the limits and elusive variety of ways of seeing. If in the previous rooms we were able to reflect on our own eyes as the subject of vision, and to reflect on ourselves being the source of vision, here we find ourselves in between projected films from which non-human eyes gaze at us. We become the object of vision, the intersection of alien gazes.

To my eyes, this is the ideal bridge to cross into a reflection on the unseen, which becomes apparent in the projections that follow. In particular, the play with time, with the speed of the films, reveals the unseen. For example: two Japanese businessmen sleeping in slow motion in a high speed train, Sleeping in a bullet train, or an impossibly speedy consumption of vegetables, Chopping fruits and vegetables. In the last room, some of the objects exhibited in full light can be considered as sculptural versions of the unseen parts of moving images, as instant photos or sculptural representations of moving objects.

At the Aargauer Kunstmuseum, the largest exhibition of Gusmão & Paiva’s works, with the evocative title The Sleeping Eskimo, surely offers more interesting aspects worthy of being discovered. But exploring the complex theme of vision and projection alone constitutes an incredibly rich experience and provokes deep reflections. The Portuguese duo sounds out the materiality of projection and the very grammar of vision through the exhibition of the self-reflecting powers of light and the eye. Despite the clearly experimental dimension of their use of moving images, they expose a classic approach that focuses on the medium of perception. But the conceptual and literally reflective core of their works also leaves room for poetry, which is specifically apparent in the unseen side of visibility. There is nothing visionary about Gusmão & Paiva’s artistic world, but they present the infinite variety and possibilities of vision itself. We come out of the extraordinary exhibition at the Aargauer Kunstmuseum without having seen something really new, but with a new consciousness about what we see. Nihil novum sub sole, but from now on our eyes seem to be new eyes.

More on the Exhibition 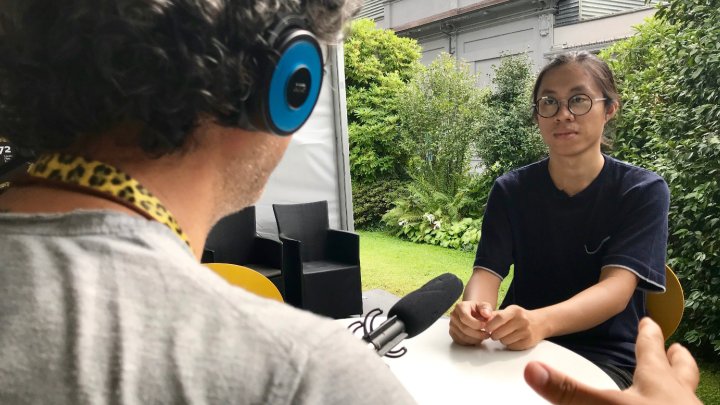 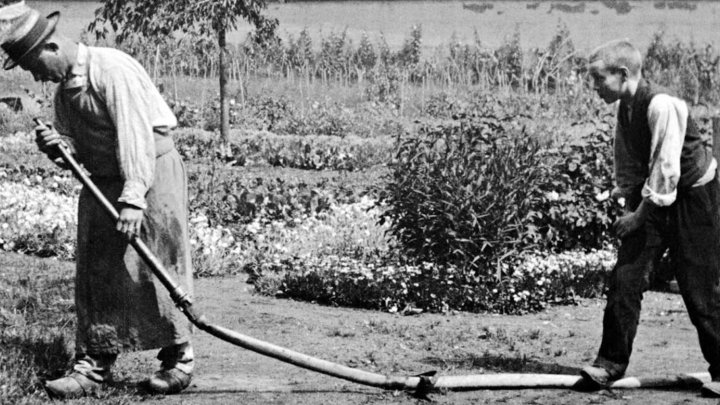 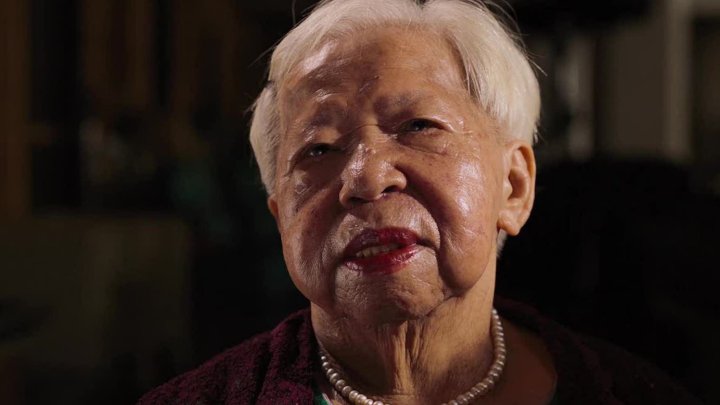