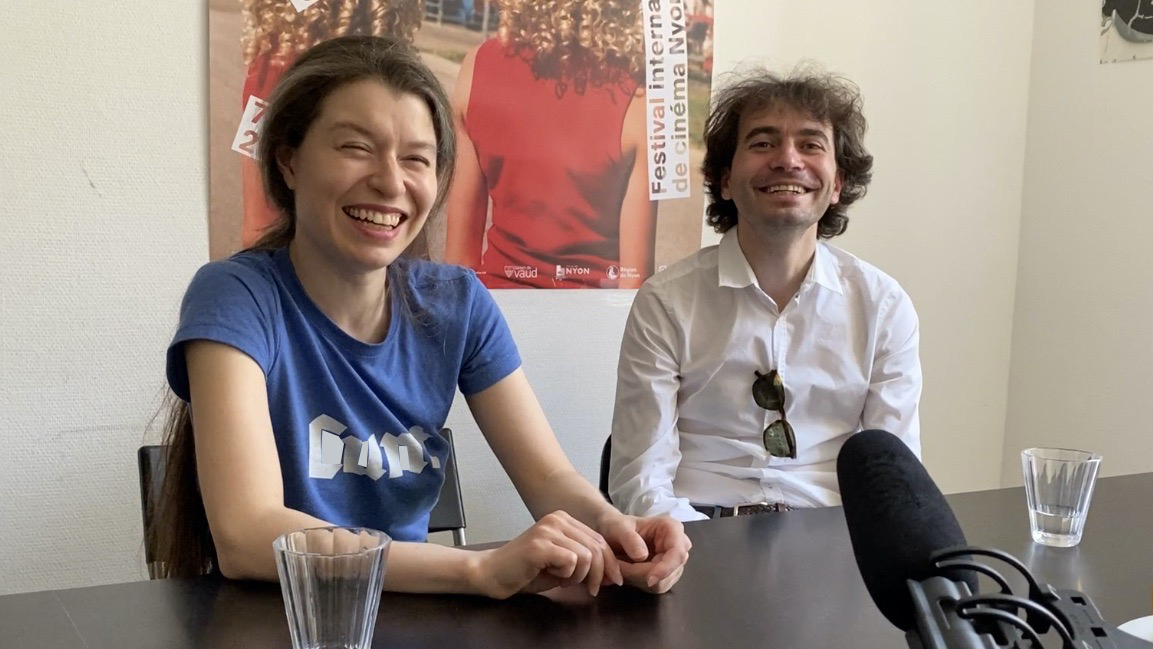 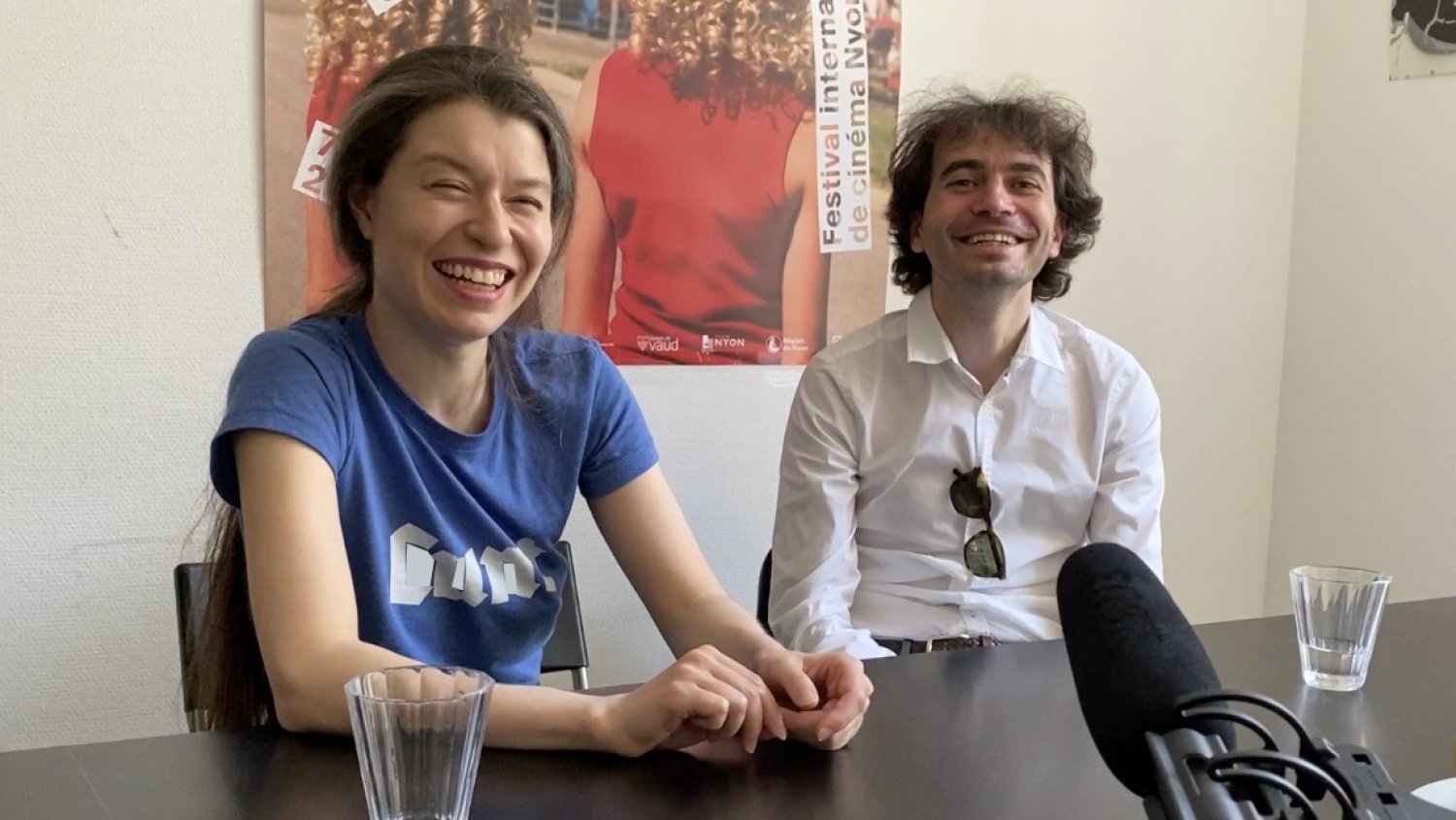 […] If films are cultural objects, and if cultural objects have a life, then «How to Save a Dead Friend» is a biopic of itself, of its own coming into the world, and thus its images, like its protagonists, belong to its epoch.

[…] «How To Save a Dead Friend» is as much a testament to Kimi’s life as it is a document of what it meant to grow up in Russia at the turn of the millennium, both in what it tells, and in what it painfully takes for granted.

Filmexplorer had the chance to meet and discuss with Marusya Syroechkovskaya (director), Qutaiba Barhamji (editor), and Ksenia Gapchenko (producer) in Nyon – here below the interview. 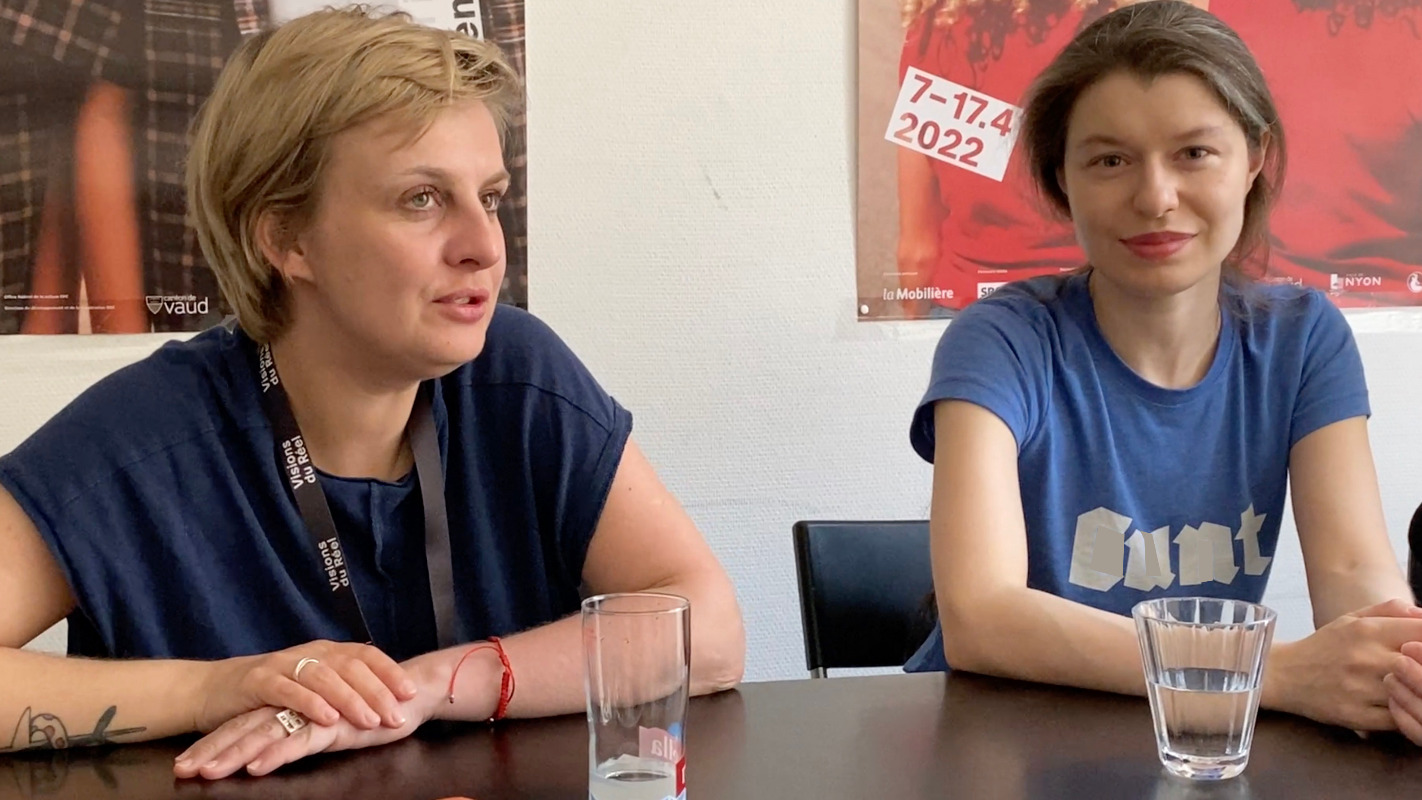 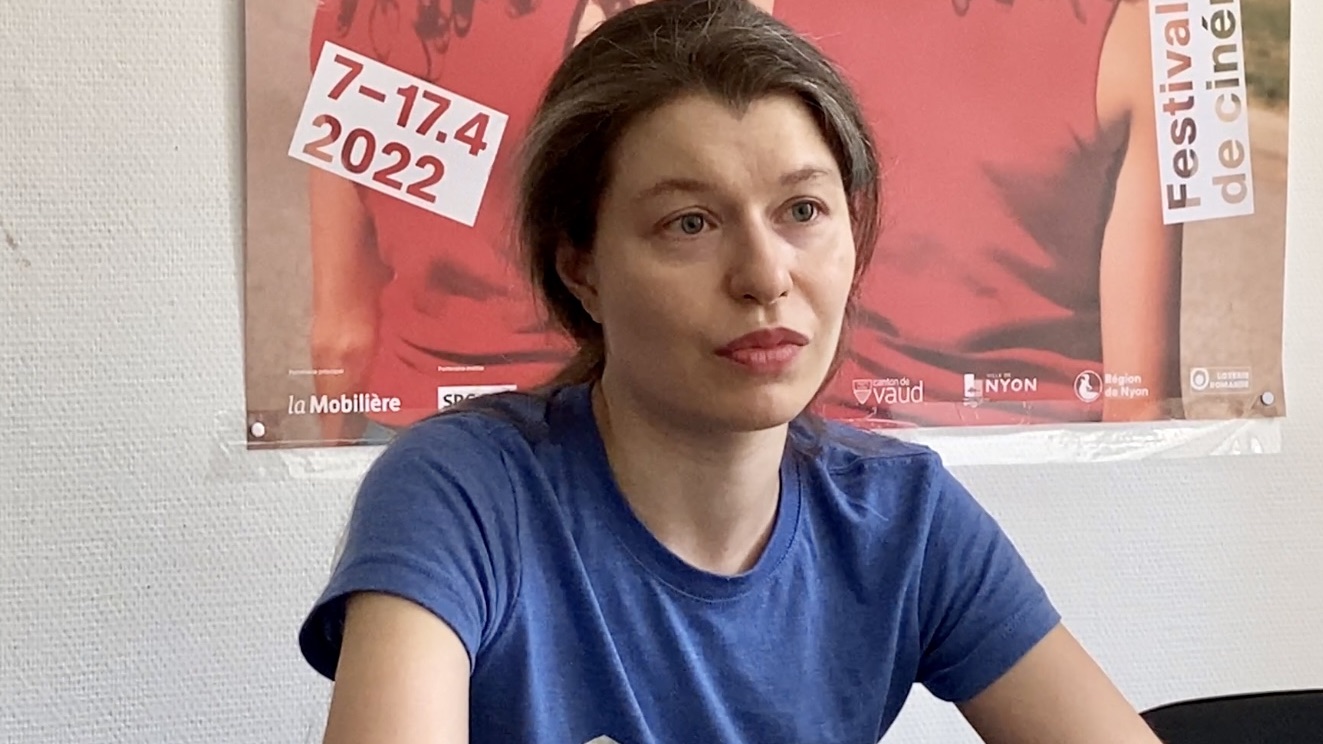 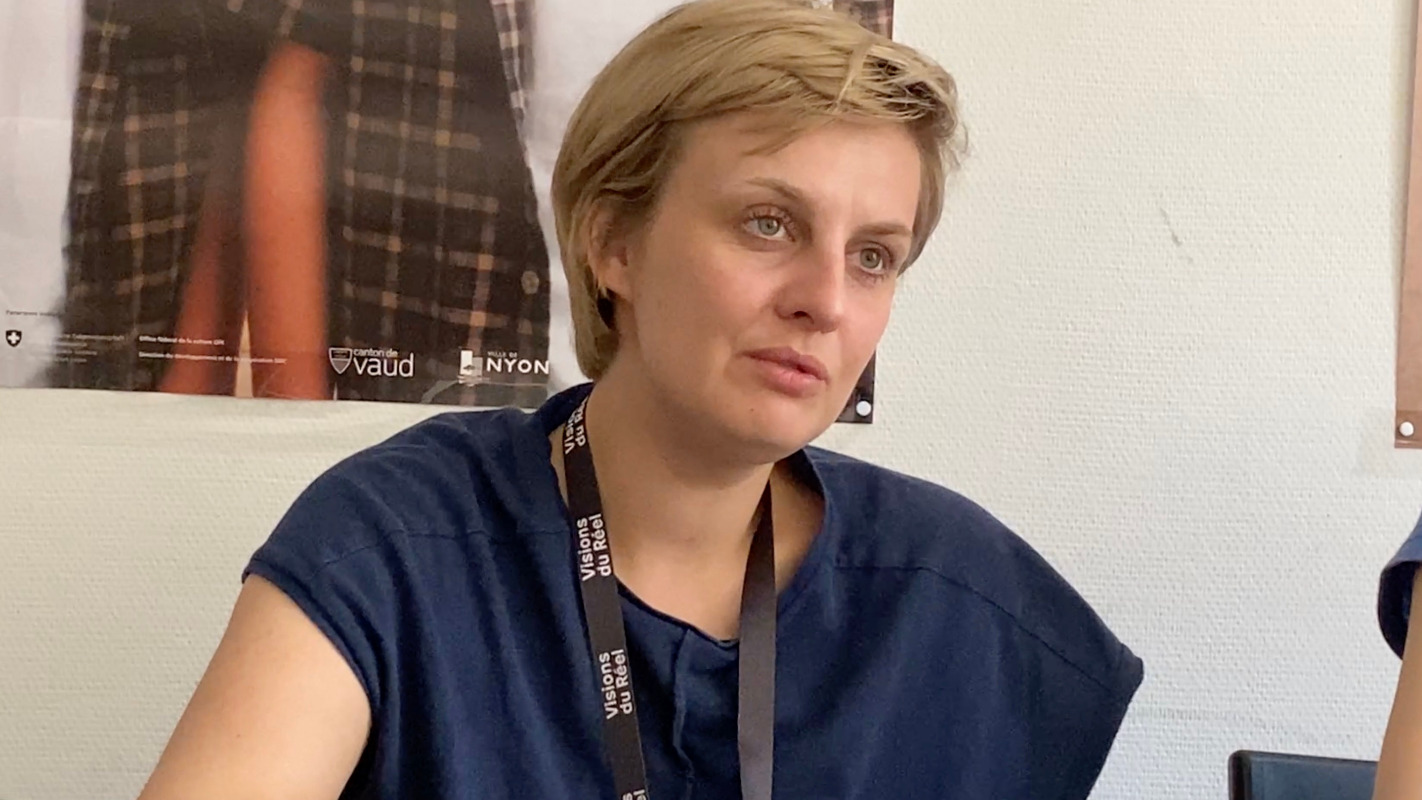 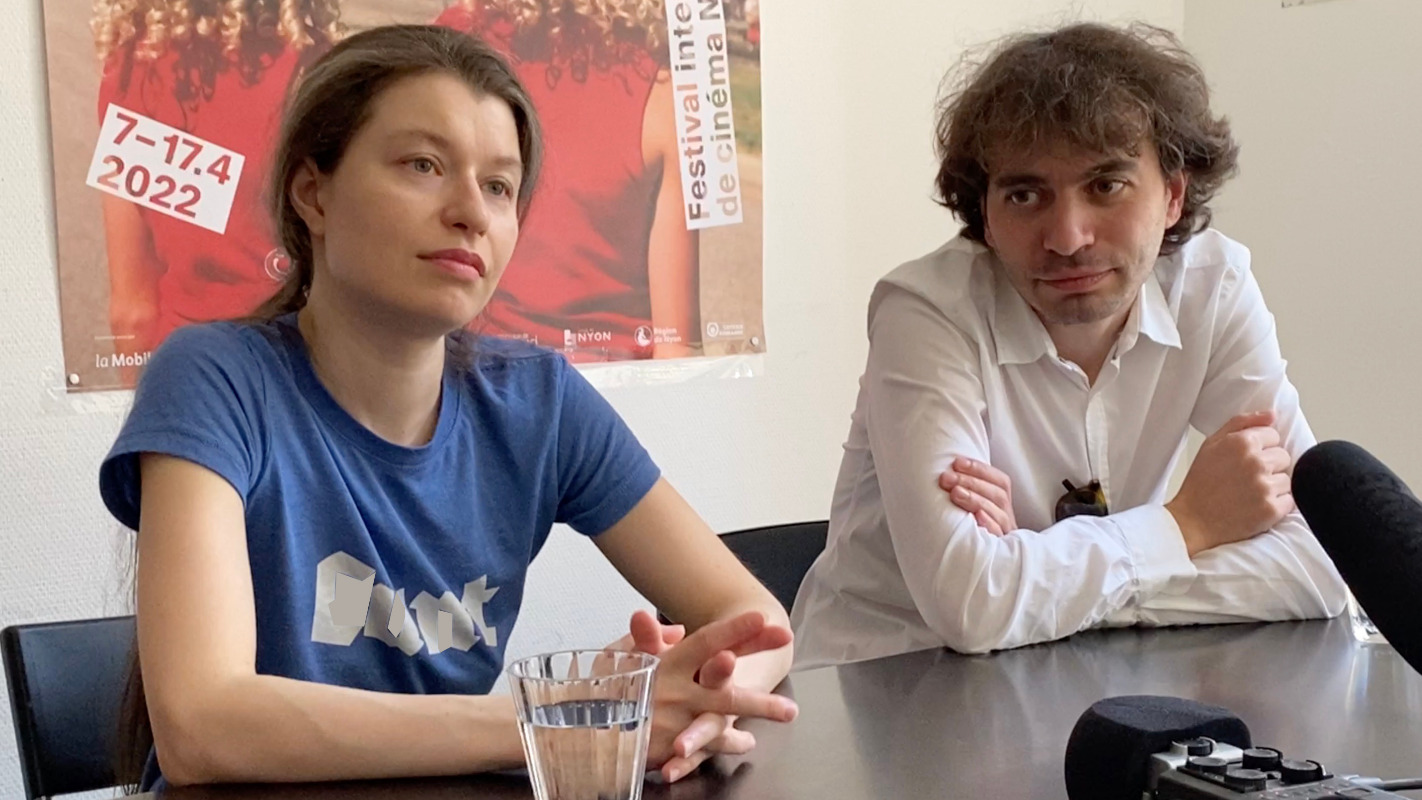 On one hand, How to Save a Dead Friend is a lament for a lost generation. The contours of such loss are specific, as are the voices and pulses of each generation, but the loss itself is universal. Every human life leaves behind a catalogue of irretrievable instants: private jokes, nocturnal sorties in search of food or drugs or memories to share, poignant silences, poignant laughter, poignant touches. Cinephilia has long insisted on film’s unique ability to record and preserve the flotsam of reality, the often unattended, passing fragments that inject into each frame something of the quotidian (Laura Mulvey comes to mind). It’s the old Bazinian mantra: let reality transpire on the screen, and it will breed an aesthetic.

To these two constants – the elegy of time lost, and what Bazin would call the ontology of the image – filmmaker Marusya Syroechkovskaya adds a third element: the generational. Her film is a monumental work of editing, the result of sixteen years of cumulated footage, ranging from teenage party clips to intimate confessions. Syroechkovskaya films as she grows up, as she falls in love, as she witnesses her lover and partner, Kimi, give up on his own life. Because of this, she is able to inflect her material with a unique lived-historical quality, which is to say a sense of time and place: Russia, during the years that see the collapse of the fledgling post-Soviet democracy and Putin’s growing hold on power. Time lost becomes more than just time: it becomes time lived, time made and shared with others. Depression, hope, addiction, loss, they take on a larger resonance. Marusya and Kimi become emblems of an epoch, of the many lives and stories that seem to encompass their own.

There is more. The film itself enters the frame, as people around Marusya discuss her filming and talk semi-seriously about the film since the early teenage sequences. If films are cultural objects, and if cultural objects have a life, then How to Save a Dead Friend is a biopic of itself, of its own coming into the world, and thus its images, like its protagonists, belong to its epoch. The early shots in particular mobilise the language of home movies: camcorders and phone cameras, their formats, quirks, pre-coded effects, they all impress on these images the same historical markers that clothes and hairstyles of decades past impress on people.

Ultimately, at the core of How to Save a Dead Friend is an ontological gesture: the tragic, impossible attempt to “save a dead friend”, to transcode the essence of one, historically confined lifetime (of a young man struggling with, and eventually succumbing to his demons, in Russia, in the first decade of the millennium) into images and sounds that are equally historically confined. In a few sequences, the film shows us Marusya post-processing images of Kimi through Ryan McGee’s VOSIS app, a synthesizer which converts visual data into sound. What could have been a technological gimmick turns into an arresting piece of self-reflective cinema, one that reinforces the metaphysical paradox of the medium. Unlike images, sounds are lost the moment they are perceived to exist; what is left of Kimi is a trace, forever lost and yet forever present.

What does not work – at least not as well – is the attempt to recast the generational aspect that permeates the film as political commentary. It is not that the link isn’t there, between self-destructive behaviour and an oppressive social context – of course it is – but here we see simultaneously too much and too little of it. Televised New Years’ addresses delivered by Medvedev and Putin over the years punctuate the narrative. Marusya takes her camera to the streets to document protests and repression. We hear her quip, in voiceover narration, about Putin’s Russia being the Depression Federation, but at the centre of the frame remains Kimi, and his inexorable, heart-rending self-destruction. The gap between his private, proximate drama and the distant realities of power and oppression is too wide. The link exists, but the film takes it for granted, it does not care to substantiate it generationally – which is both paradoxical and somewhat strident. I found myself wondering about Kimi’s early intellectual efforts: his poetry, his writing. The class divide between the two protagonists as well: what part did it play? Activism, art, class – How to Save a Dead Friend chooses to side-line these aspects, and the potential for historical grounding they would bring into the film. Therefore, the connection between personal tragedy and political context remains too vague, too implied, especially when compared to the raw impact of seeing a life progressively unravel in front of the camera.

However, perhaps this too is the nature of generational history, and by extension generational cinema: common frames of reference and shared understandings become engrained in the lived reality of the everyday. They become transparent, self-evident. In a sense, they are. There is no need to spell out what everybody knows and sees, and if that’s true, then How To Save a Dead Friend is as much a testament to Kimi’s life as it is a document of what it meant to grow up in Russia at the turn of the millennium, both in what it tells, and in what it painfully takes for granted.

[…] She becomes a director, using her own footage to tell us something about the person behind ... 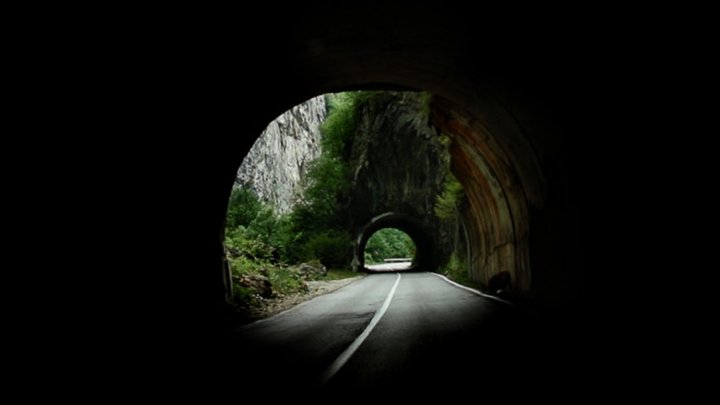 [...] Of all films concerning death, this must be one of the liveliest, by reason of its credo ... 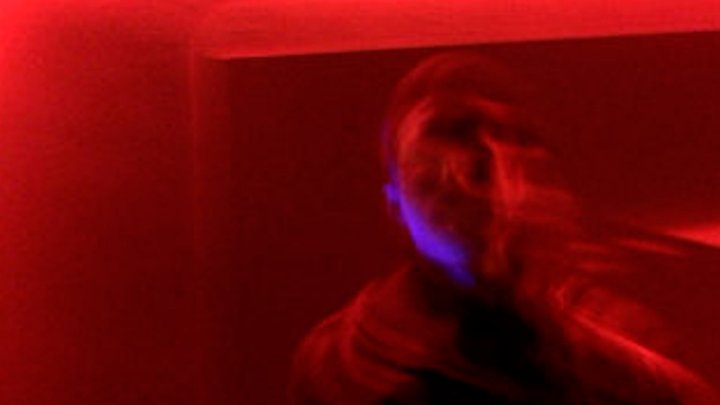 […] Turning propaganda material in a work of art, he demolishes the ideology that pervades the ... 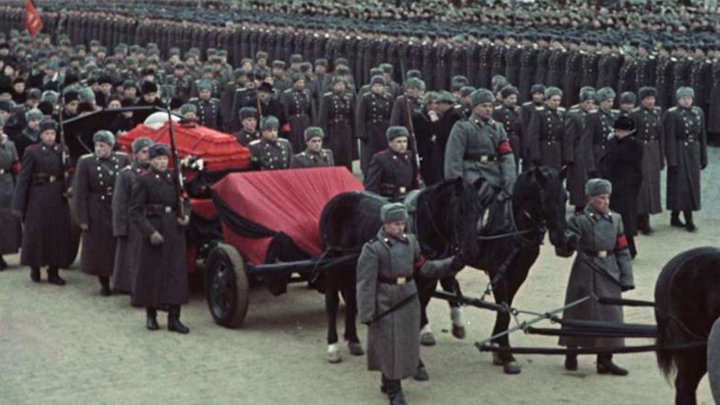