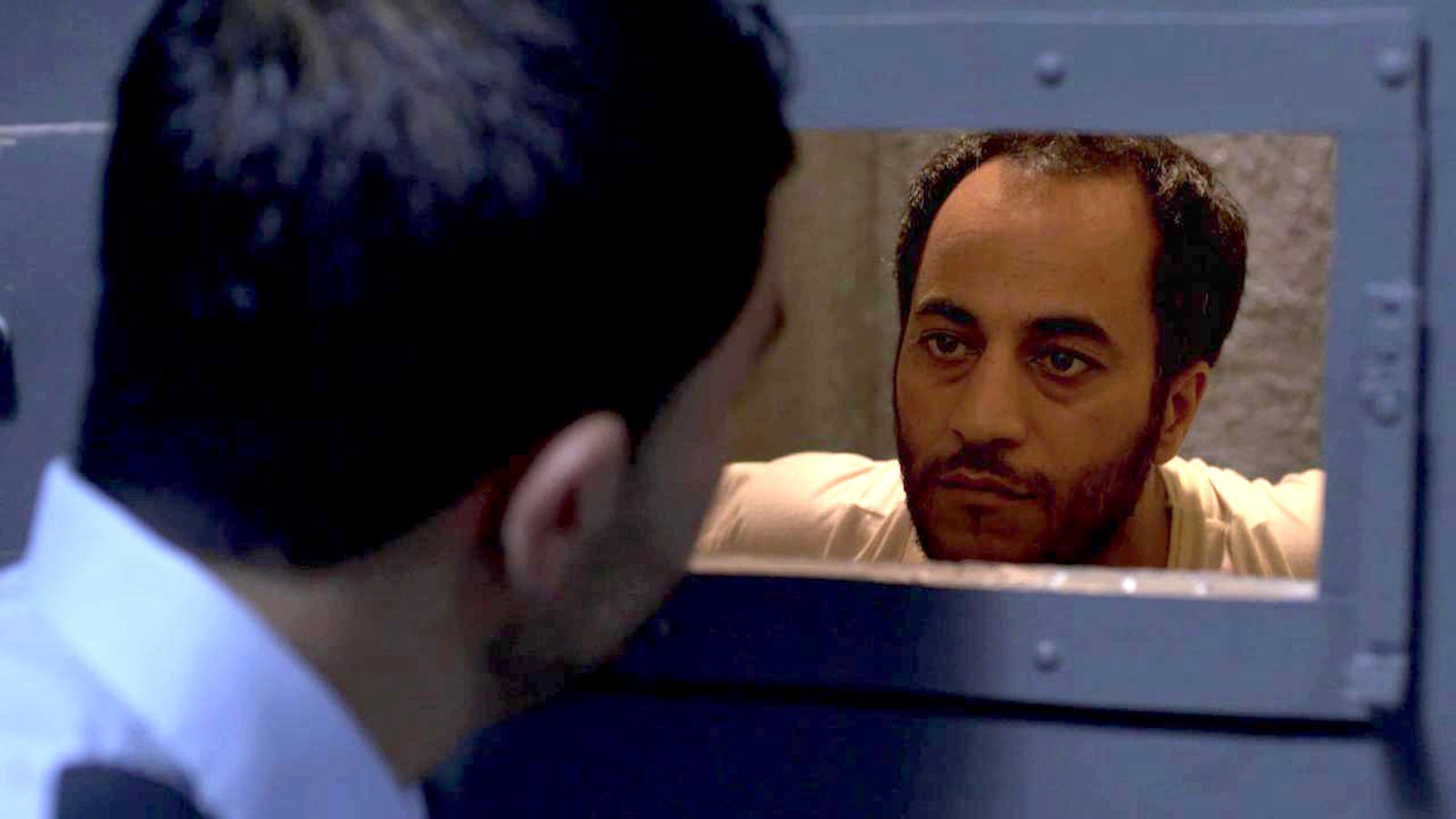 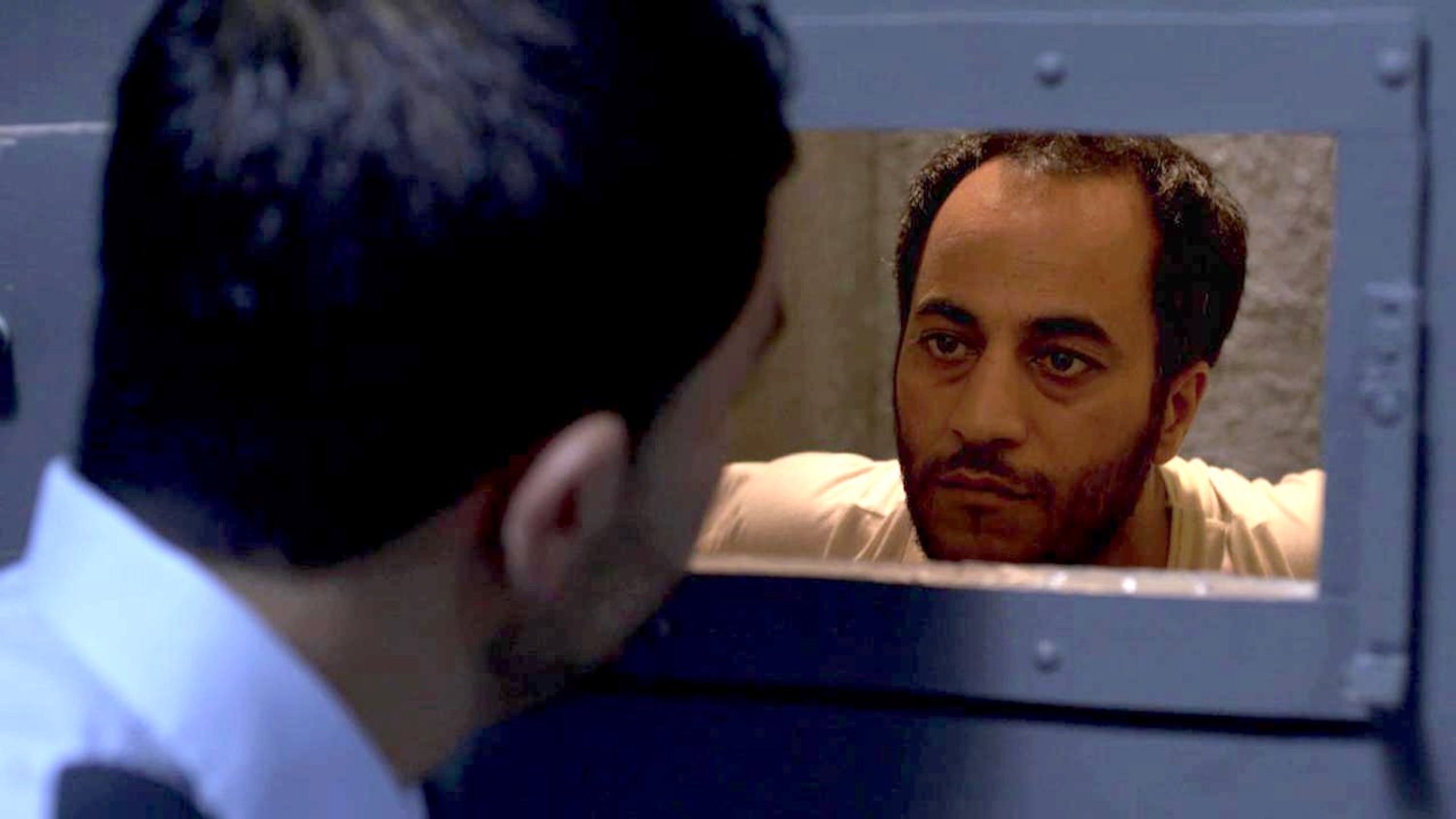 […] There is a constantly closing distance between the creation of the stage and the stage itself, insofar as the dynamic of the brutalities of prison torture reveals itself to be dependent on a sort of absurd theatrical performance.

[…] The more the experiences of the prison and the torture come back to the ex-prisoners without maintaining some distance through the fictional context, the more the film and its set appear to be directly responsible for these experiences, thus hinting at the capturing/imprisoning potential, as well as the potential for torture, in any film process or on any film set.

The theme of Raed Andoni’s Ghost Hunting is identical to that of the film Tamdor, directed by Monika Borgmann & Lokman Slim, which Filmexplorer has already reviewed (see the review): the re-enactment of the experience of torture in prison, acted out by ex-prisoners who have personally lived through such experiences. This time we are in Palestine, and Andoni’s team is referencing the torture witnessed in Israeli prisons. The film gives us the opportunity to continue a reflection on the meaning of re-enactment in cinema, on the film process as a therapeutic tool, and on the role of the viewer in this type of film.

In Tadmor we noticed a certain distance between the significance of the filmic project for those who played a role in making the film and the questionable position of the viewer, but Andoni, the Palestinian filmmaker, not only delivers the terrible experiences endured by the ex-prisoners through the re-enactment, but he also questions – from the very beginning of the film – the sense in making a film about this experience and more generally he brings forward the possible connections between the situation inside a prison and the situation on a film set. We discover that several ex-prisoners are already bound to cinema, and Raed Andoni himself is questioned about his role as the director of the film/prison. There is the question of exploitation that migrates from the prison to the film set, and the question of staging that migrates from the film set to the prison.

All of this is possible because Andoni chose to intertwine the “making-of” of a re-enactment film on torture in prison with the re-enactment film itself. In fact, we quickly understand that a sharp distinction between the “making-of” of a film and the film itself is simply impossible to be drawn. One of the central experiences for the viewer is the slow vanishing of the distance between these two facets. Contrary to the re-enactment in Tadmor, which refers to events that have happened up to 30 years earlier in Lebanon (although we know that similar acts are still perpetrated today), most of the participants of Ghost Hunting are fresh out of incarceration. We clearly feel that the emotions, the pain, and the violence are still there in their eyes and in their bodies – to which the superb sound editing and mixing largely contribute. Several violent scenes occur, which are not only performed for the film but some of which come out spontaneously. That is why the “making-of” of the film rapidly becomes the film itself and the preparation of the set is also an essential part of the re-enactment. There is a constantly closing distance between the creation of the stage and the stage itself, insofar as the dynamic of the brutalities of prison torture reveals itself to be dependent on a sort of absurd theatrical performance.

In this context, the re-enactment as a material embodiment of their memories gains a completely different value because the memories are not referring to facts that are buried in a distant past. The re-enactment becomes almost a continuation of the very recent experiences, expressing the necessity of making these experiences visible or the fear of forgetting experiences that cannot be forgotten anyway. The problem of the impossibility of witnessing for the witnesses – which I raised in the review of Tadmor – finds a simple solution here: the ex-prisoners participating in the filming of Ghost Hunting are not just witnesses insofar as we see them in the process of becoming witnesses of their own travesties. First of all, they are “performers” of a re-enactment that simply becomes an enactment; a new direct experience of the prison and of the torture. Therefore, we are not the impossible witnesses of witnesses, we are the actual witnesses.

This enactment, however, is nothing but a filmic enactment, in which fictional intentions are constantly turning into a documentation of reality. The more the experiences of the prison and the torture come back to the ex-prisoners without maintaining some distance through the fictional context, the more the film and its set appear to be directly responsible for these experiences, thus hinting at the capturing/imprisoning potential, as well as the potential for torture, in any film process or on any film set. As I have mentioned above, Ghost Hunting is also a film that wants to reflect on the facts of film-making, and this self-reflective aspect of the film finds its paradigmatic form together with the self-reflective line of Read Andoni constantly interrogating (torturing) himself throughout the entire film. The ambivalence of his directing the project, performing in the “making-of” of the film as director, acting in the film as director but equally as prisoner, and simply constructing his own experience of the prison/set, this ambivalence constitutes the perfect realization of the connection between the themes of the prison and cinema.

One last element that speaks of this connection is the need for humour that the ex-prisoners find during their most difficult moments. This sort of theatrical lifting – one ex-prisoner speaks of “making a circus” in the cells – is a way to introduce some distance from an unbearable reality, the same distance that the fictional intentions of making a film should bring but do not always succeed in doing so, at least for the actors/performers. The important use of animation and illustrations during the film clearly has the objective of reinforcing this fictional aspect that is thought of as a form of resistance. In the end, the film set for Ghost Hunting – a true protagonist of the film – has the destiny of becoming an exhibition space, where we see the children of the ex-prisoners playing with the instruments of torture. This gives us another theatrical lifting, another exercise in creating distance, for which we must ask ourselves how effective it can be.

It is during the end credits that we realize how the distancing resources of the fictional seem to evaporate: we discover that the film is dedicated to Abdullah Moubarak, one of the participants in the project, who returned to prison shortly after the shooting… Ghost Hunting is not only a film about memories from the past, but a cry in the present, and a j’accuse already valid for the future. 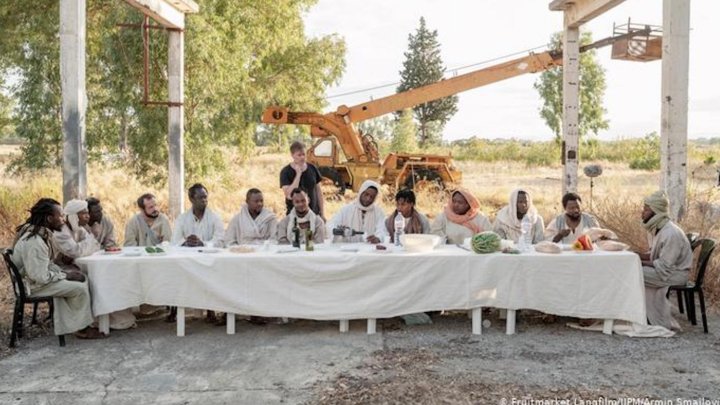 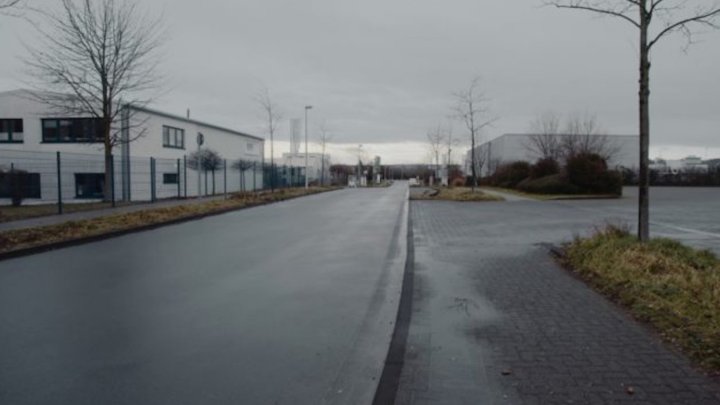 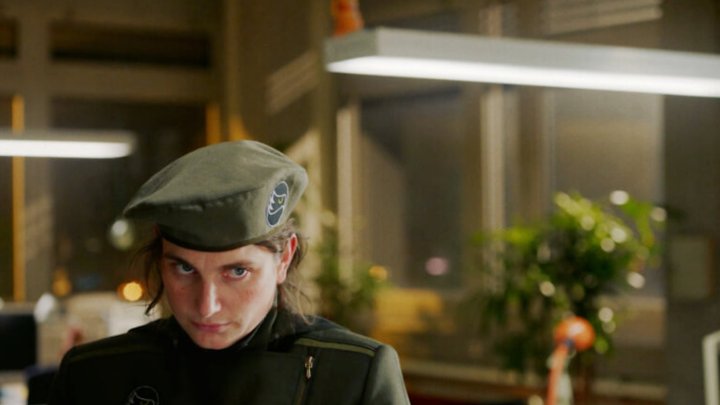