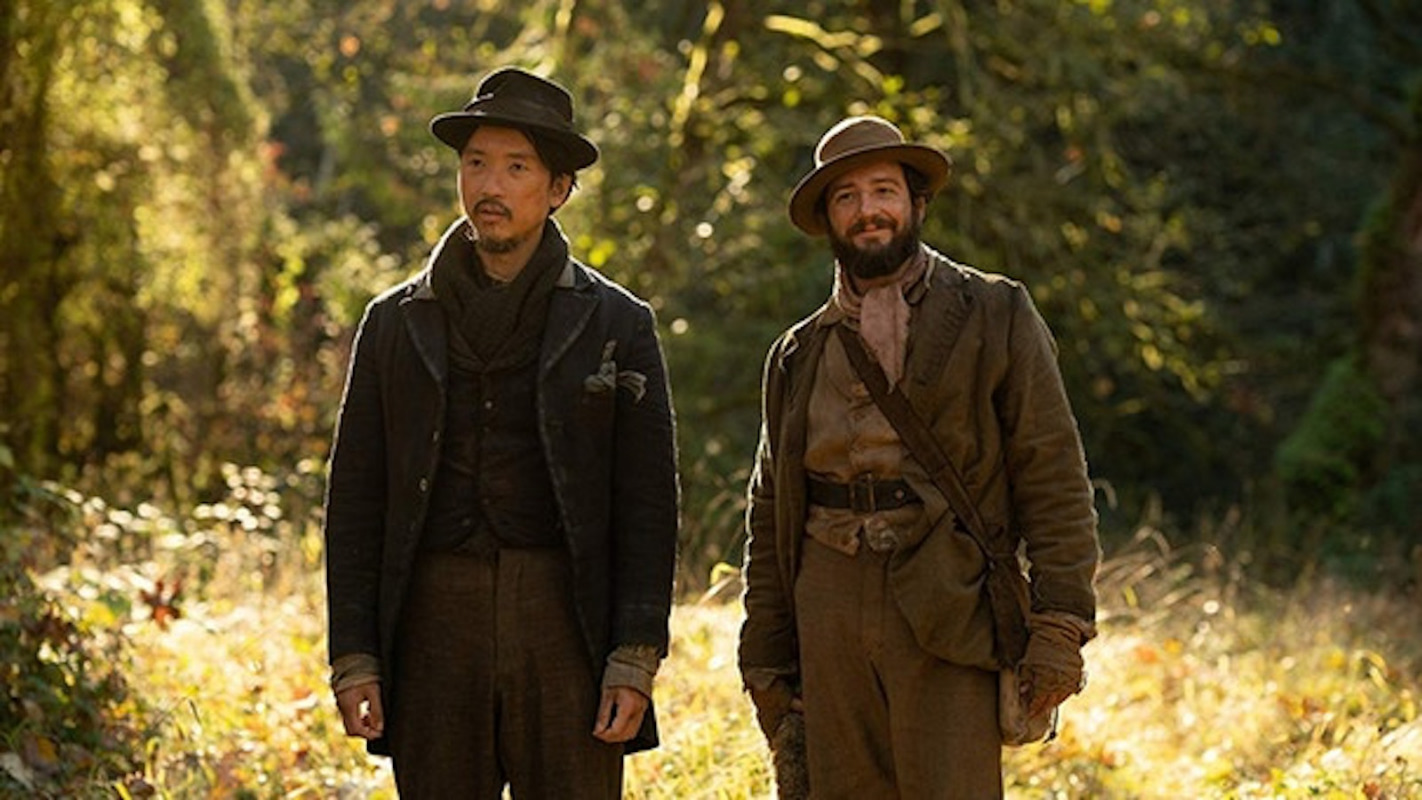 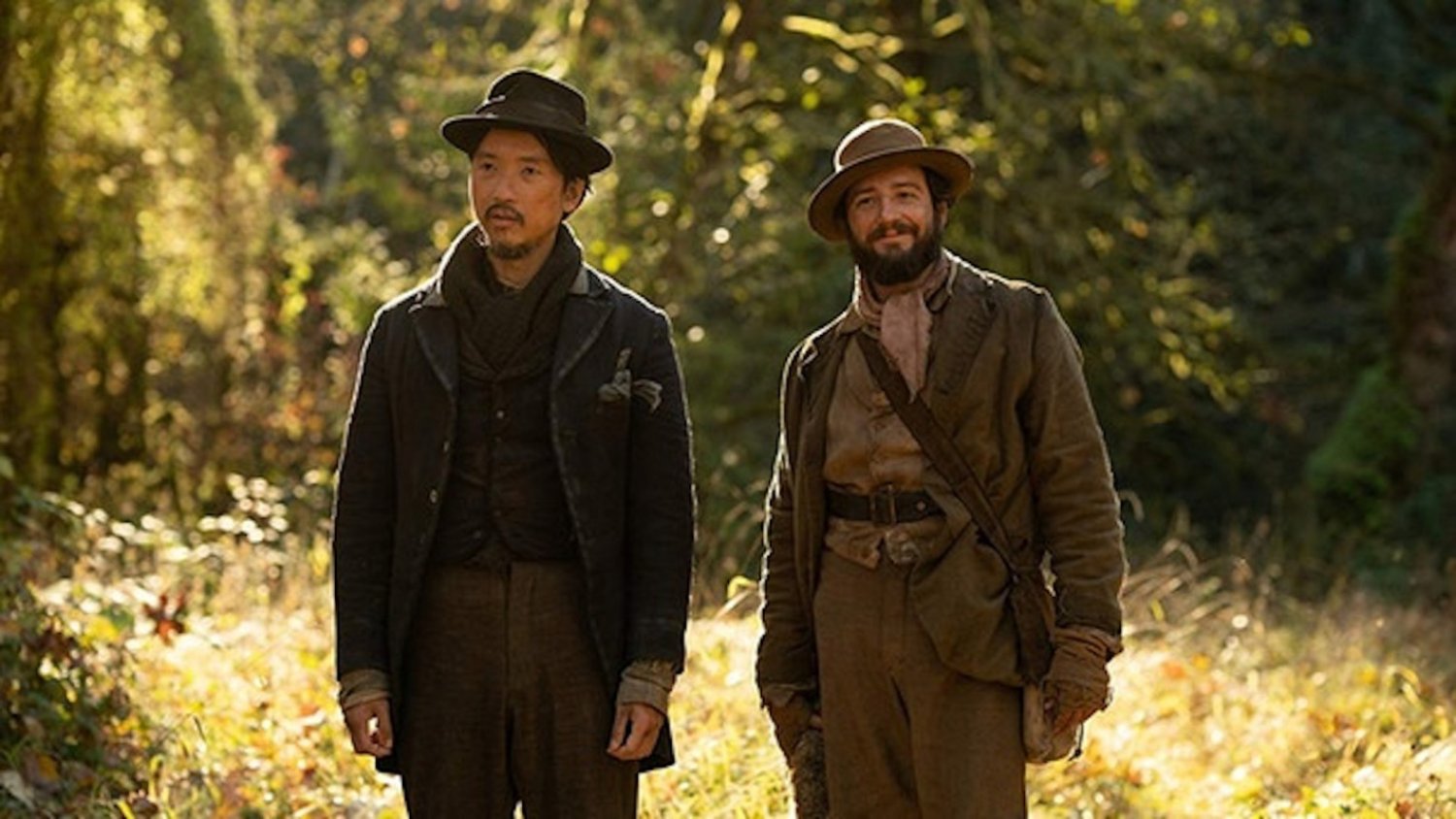 […] Their friendship inserts a note of kindness into a pre-capitalist North America ruled by violence and over-masculinity soberly depicted in this chamber piece whose images have the directness of a Dutch painting astutely conceived by the eyes and mind of a 21th century female filmmaker.

[…] The formal choices of Reichardt and his cinematographer Christopher Blauvelt give the images the aura of an otherworldly diorama and intensify the characters’ fragility by narrowing the frames within which they move.

To fill a need in the squalid market of the muddy incipient town in an 1820’s Oregon Territory where life’s ups and downs have led them, good boy Cookie and wise and faithful Chinese globetrotter King Lu combine their skills to bake exquisite, oily cakes seasoned with cinnamon and honey that become an instant hit and encourage their entrepreneurial spirit. Cookie and King Lu are the main characters of First Cow (2019), the new Western of Kelly Reichardt, whose Meek´s Cutoff (2010) is a landmark in the genre. Their friendship inserts a note of kindness into a pre-capitalist North America ruled by violence and over-masculinity soberly depicted in this chamber piece whose images have the directness of a Dutch painting astutely conceived by the eyes and mind of a 21th century female filmmaker.

The two other main characters of this beautiful movie are Evie, the “first cow” (in Oregon) of the title, and its owner, identified as Chief Factor, the richest man in the place. Every night, Cookie and King Lu surreptitiously get the milk they need from Evie to make biscuits. When, after being announced by one of his men, the elegant Chief Factor comes to them for the first time, something ominous creeps into the air. As we know the source of the decisive ingredient in the conquest of the delicate palate of the wealthy English gentleman, who turns out to be the two friends more demanding costumer, each precise word of courtesy he uses to define his delight has an uncanny tone and heralds its reversal.

Cookie and Lu's seraphic friendship is at odds with that wild world where everyone seems to be against everyone and hostility is the dominant language. The Dovzhenkian dialogues between the illicit milker and the isolated bovine have a tenderness that contrasts with the prevailing rudeness; theirs is an unusual encounter of solitudes.

In the opening shot of First Cow a boat is seen travelling slowly from the left of the frame to the right, traversing a river or an estuary, a confessed reference to Study of a river and Time and Tide, two works by Peter Hutton, to whom – at the end – Reichardt dedicates the film. The uniqueness of Hutton´s oeuvre, intended to display the world's primitive beauty and observe the life and toil of human beings from a compassionate distance, is a tutelary presence in First Cow.

In a film rich in silences and shades, perhaps it would have been better to refrain from some didactic generosity in the beginning of the film: William Blake´s quotations from Proverbs of Hell: «The bird a nest, the spider a web, man friendship», and the introductory scene where a lady nowadays discovers two human skeletons lying side by side, are explanations unworthy of this subtle story.

Far from Hawksian masculine professionalism or the vastness of Fordian landscapes, and more in tune with the lineage of Robert Altman’s McCabe and Mrs. Miller and Jim Jarmusch’ Dead Man, First Cow takes a different approach to the genre. The formal choices of Reichardt and his cinematographer Christopher Blauvelt (4:3 aspect ratio, long shots, fixed camera) give the images the aura of an otherworldly diorama and intensify the characters’ fragility by narrowing the frames within which they move. Their bodies are not close enough to feel them breathe. When they become outlaws, the montage neither increases or diminishes the danger, it simply relates. Here, predictability is not a tool. There’s no horizon; nothing and nobody to rise over it. We do not see people surrounded by Nature, but in Nature. The distance between camera and characters is never reduced.

At other times, the camera portrays, through Fellinian tracking shots, the carnivalesque community in which Cookie and Lu take their first steps as small-time pre-capitalists. When the soundtrack allows us to hear fragments of dialogue, imprecations and phrases registered while the camera passes, the film achieves remarkable depth and nuance. The Far West becomes more an experience than a circus.

Thanks to Meek´s Cutoff and First Cow we can now say that the 21st century Western is a genre of women and for women.

[…] Through the (seemingly) benevolent amusement with a genre, an entire cinematic tradition ... 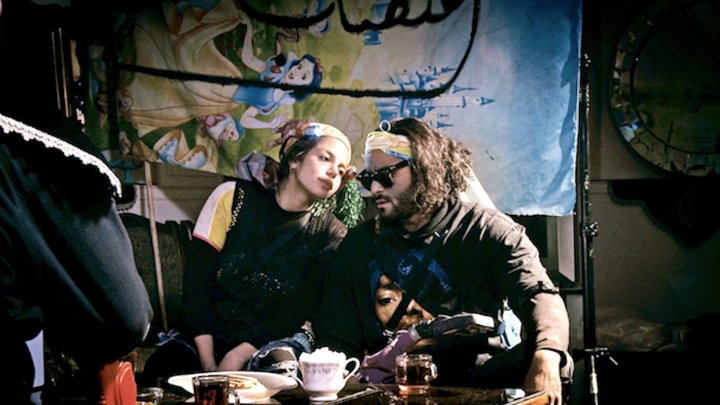 […] The film is more than a fiction that uses the tools of documentary. Sometimes it portrays ... 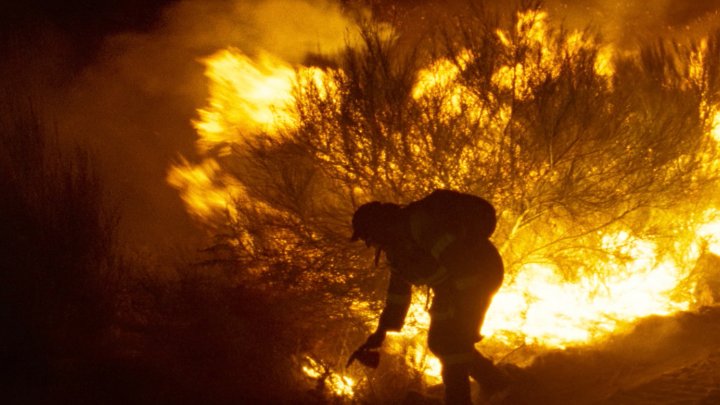 […] The filmmakers chose to focus on particular characters, and personal relationships with ... 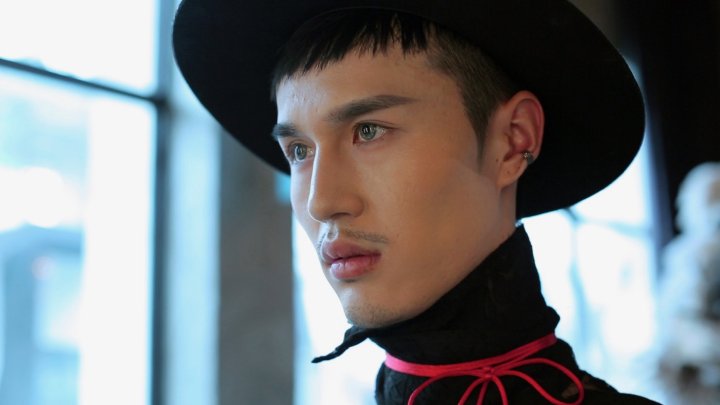