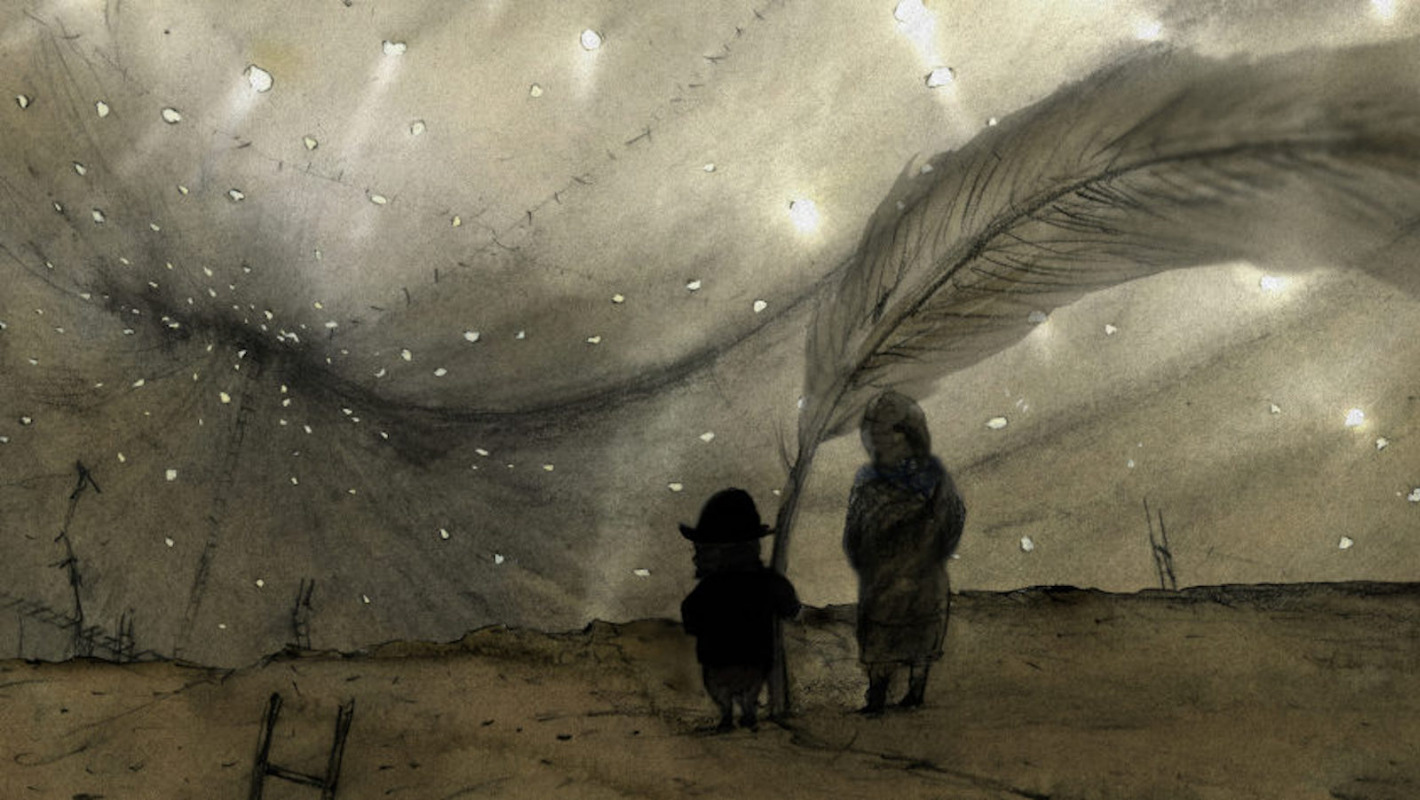 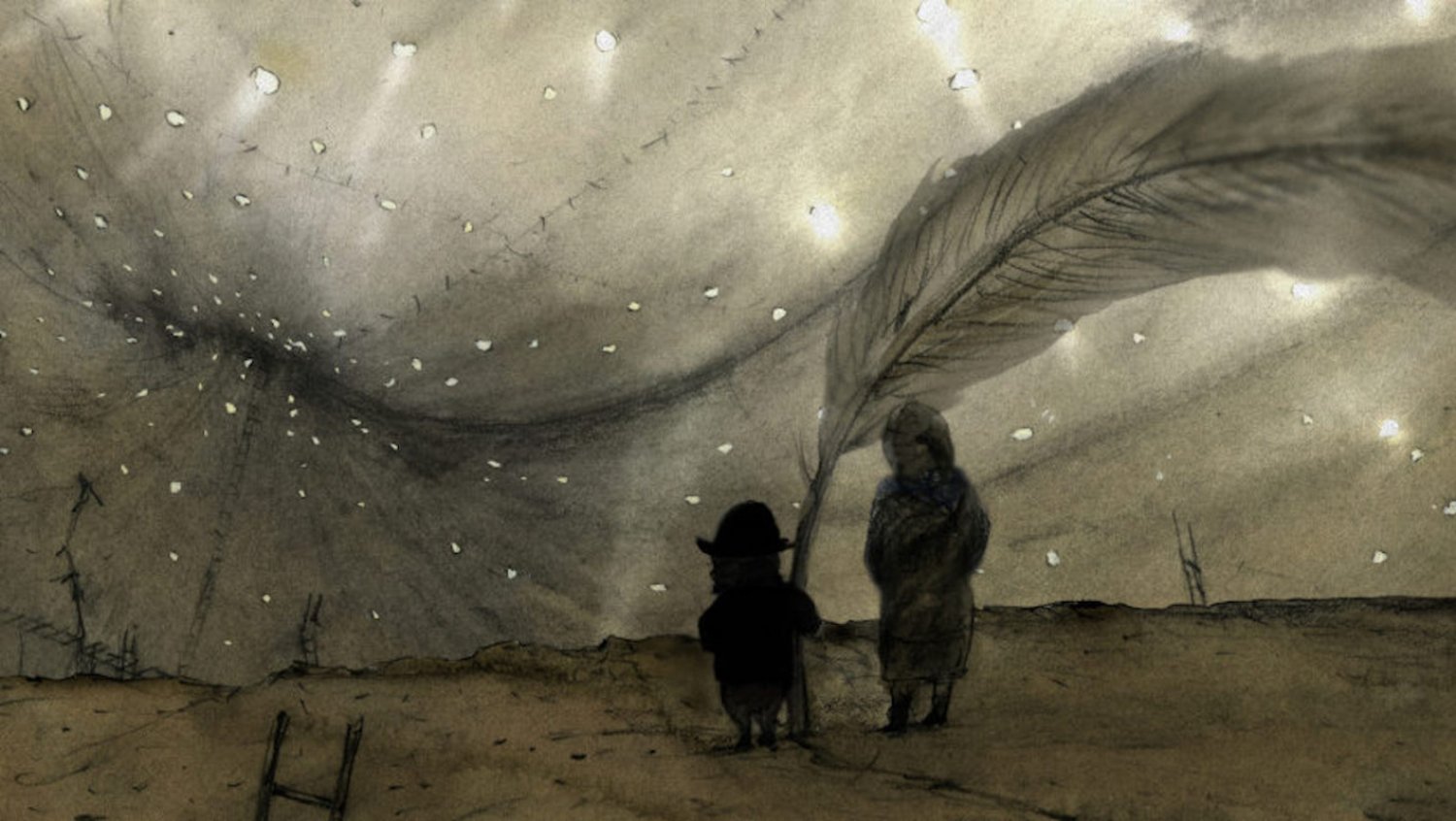 […] Yamamura seems to paint a gigantic cosmic freezeframe of suffering, where the more impotent the animation is, the more emergent will be the result.

[…] In his filmic journey Yamamura offers up to us a Boschian anatomy of dreams, where the obsessive elements are able to create an iconic language that, in a little over one hour, we will be able to read.

A blinded writer holds a pen that walks away into the landscape, carried by what appears a mother and a child. Later we see an old man and his granddaughter wandering up to the sea. The granddaughter, and before her a woman lying, will be the only two persons to show their faces. For the rest? Faceless bodies. Or parts of the bodies, bound to the earth through wires, as if they could fly away, float, evaporate, in a world where the most basic force of the world, the gravitational pull, does not rule anymore. No faces, no centre. Up and down, left and right become ephemeral notes of a free cosmic score for some ideas of North.

…no faces, no centre.

This is only one possible path of description in exploring Koji Yamamura’s drawings. The camera slowly explores them for us, so slowly that we can pause on any details, and make our own associations. Dozens of Norths is made of unframed tableaux vivants, “vivants” insofar as the animation is in charge of the scattered impulses of life within the majestic and mostly static tableaux. The animations appear as little, local vibrations – quivering leaves in a vast forest landscape – in comparison with the slow camera movement. The multi-gravitational suspensions of objects and figures, often displayed as if they were photographic freezeframes, reinforce the sense of enchanted (or cursed) immobility of the landscape. Yamamura seems to paint a gigantic cosmic freezeframe of suffering, where the more impotent the animation is, the more emergent will be the result. Little gestures become grand gestures.

More Chagallian than surrealist, Yamamura’s cosmos is certainly oneiric, often nightmarish. Structured through textual commentaries, as in silent movies, the first written words that come together with a suspension of the sound track are: «People that work in dreams». Dreams are not just a disorganised bunch of suggestions but the labouring work of memory. They are not only the place for possibilities and escapes but also the confirmation of obsessions and destiny. They are even manipulated, the dreams – as a long sequence illustrates – manipulated by an unknown manager. In his filmic journey Yamamura offers up to us a Boschian anatomy of dreams, where the obsessive elements are able to create an iconic language that, in a little over one hour, we will be able to read. Or at least to remember. We have ourselves a labouring work of memory in front of us.

…a Boschian anatomy of dreams.

«The voice of a distant memory is not sound». This (translated) text can be read as: the voice of a distant memory makes no sound. Such a reading is clearly contradicted by the powerful orchestral music by Willem Breuker (“Drums in the Night / The Resistible Rise of Arturo Ui”, 1983). This is a loud presence in Dozens of Norths, but which does not really fill the void of a silent movie – already fulfilled by plenty of unspoken texts (on the images) – and rather superposes on the silence of the movie, making it stronger. With regards to this deep silence, the textual abundance comes to be somehow annoying, or redundant. The sentence are sometimes poetic, sometimes heavily direct: a burden that works as an obstacle for our full exploration of the image. However, we should be reminded that this film is precisely about loss and regret, and the wild associations that the film proposes will sometimes be poetic, sometimes just lost. Without meaning. Therefore so is the other way to read the sentence: the voice of a distant memory is not meaningful, is senseless, is not sound.

…precisely about loss and regret.

Koji Yamamura’s Dozens of Norths is a wonderful invitation to explore the meanders of meaninglessness, letting the suffering of the human people have enough room to be expressed, giving us enough associations and disconnections to be able to abandon ourselves to the spiral of melancholy. It is an invitation to explore this melancholy by ourselves and go deeper into it, at least so far as to be able to read, to understand, to feel, even to enjoy these words: «Is this melancholy some kind of resistance?» 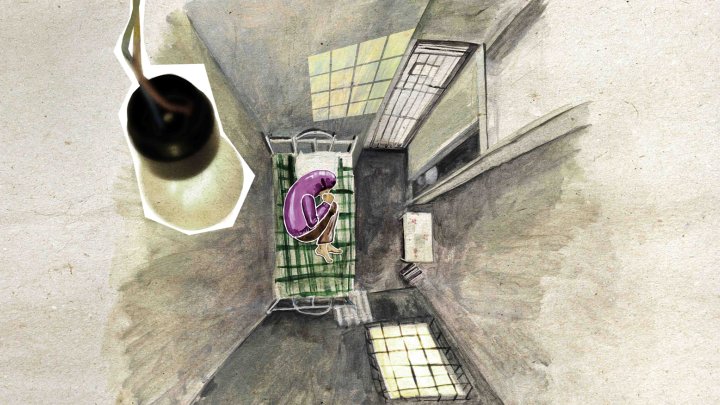 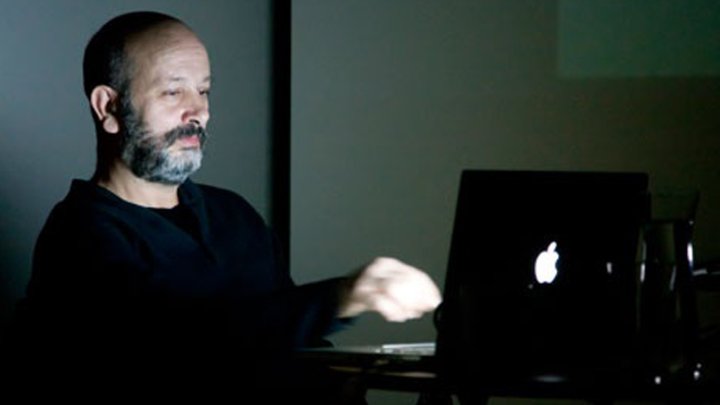 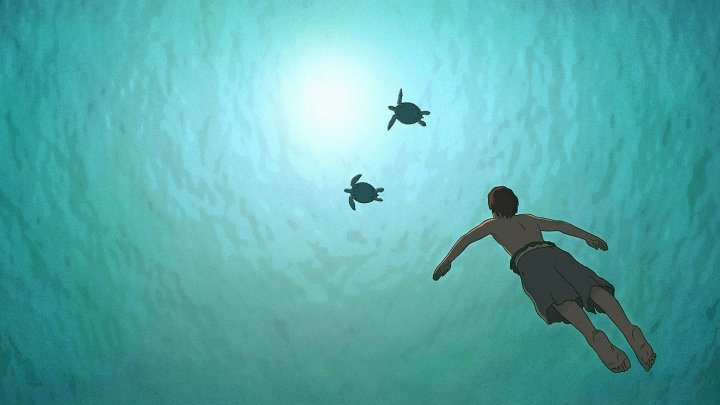