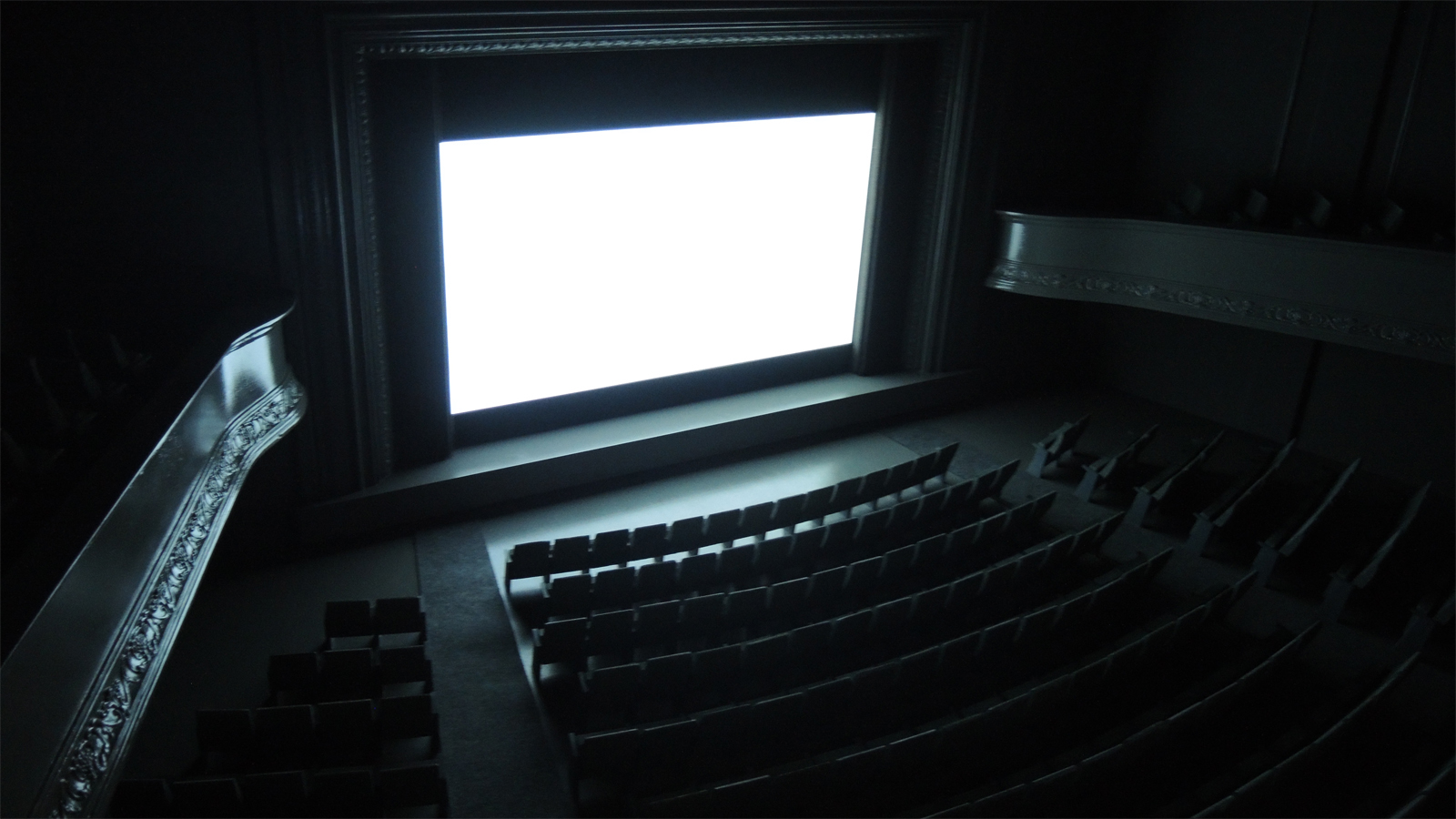 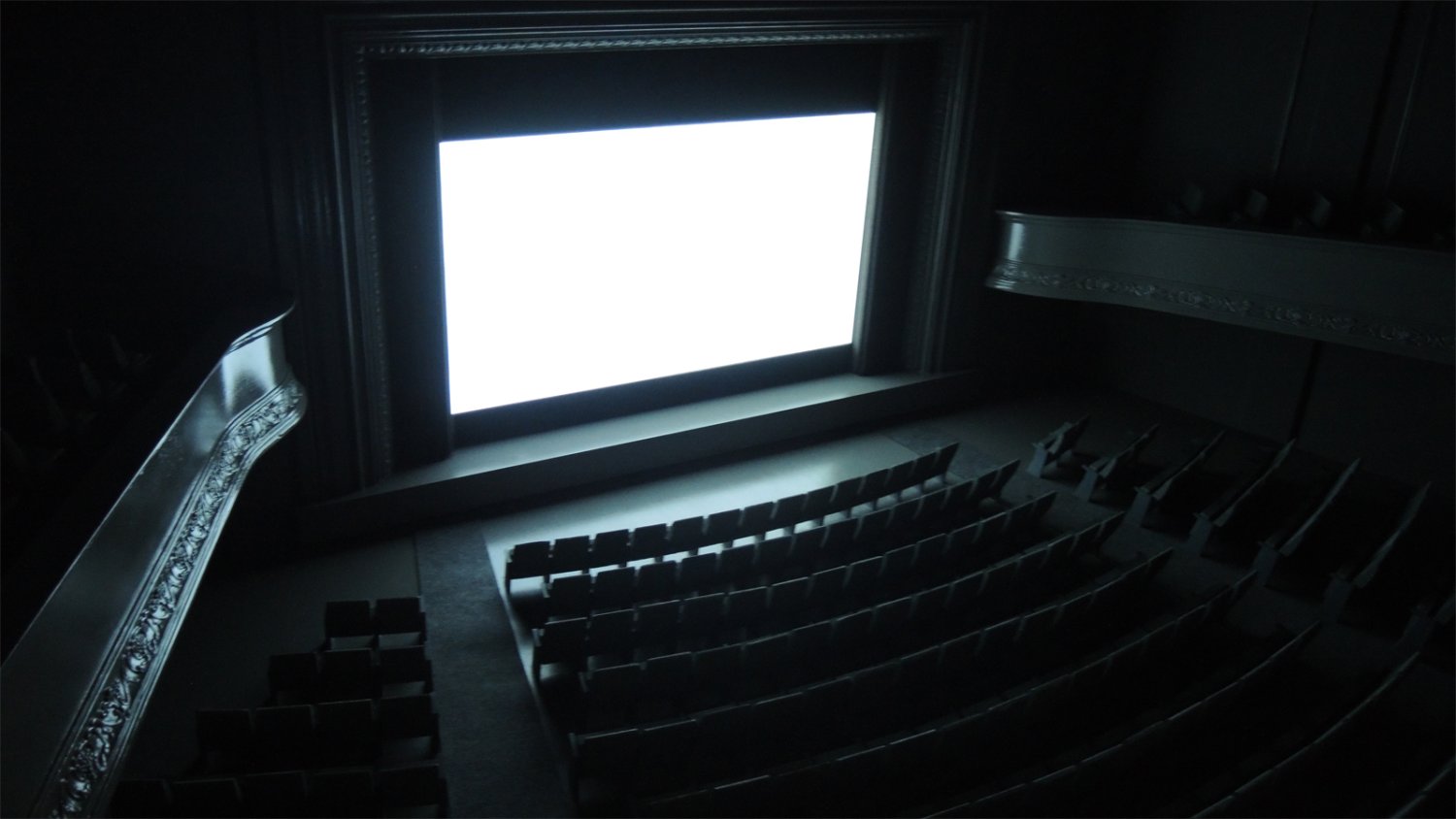 How do artists work on cinema? How do they use it for their works? Do they make cinema themselves? Can cinema be an object of analysis for art? Are exhibition spaces the new territory for cinema to defend its theatrical traits?

The exhibition «Cinéma mon amour», at the Aargauer Kunsthaus, is an excellent occasion to reflect on the relationship between art and cinema. Filmexplorer proposes a detailed review in two parts: the first one will try to follow the line of the above questions; the second one (coming soon) underlines how art and cinema can find a hybrid common form of dialogue, and highlights our favourite artworks. 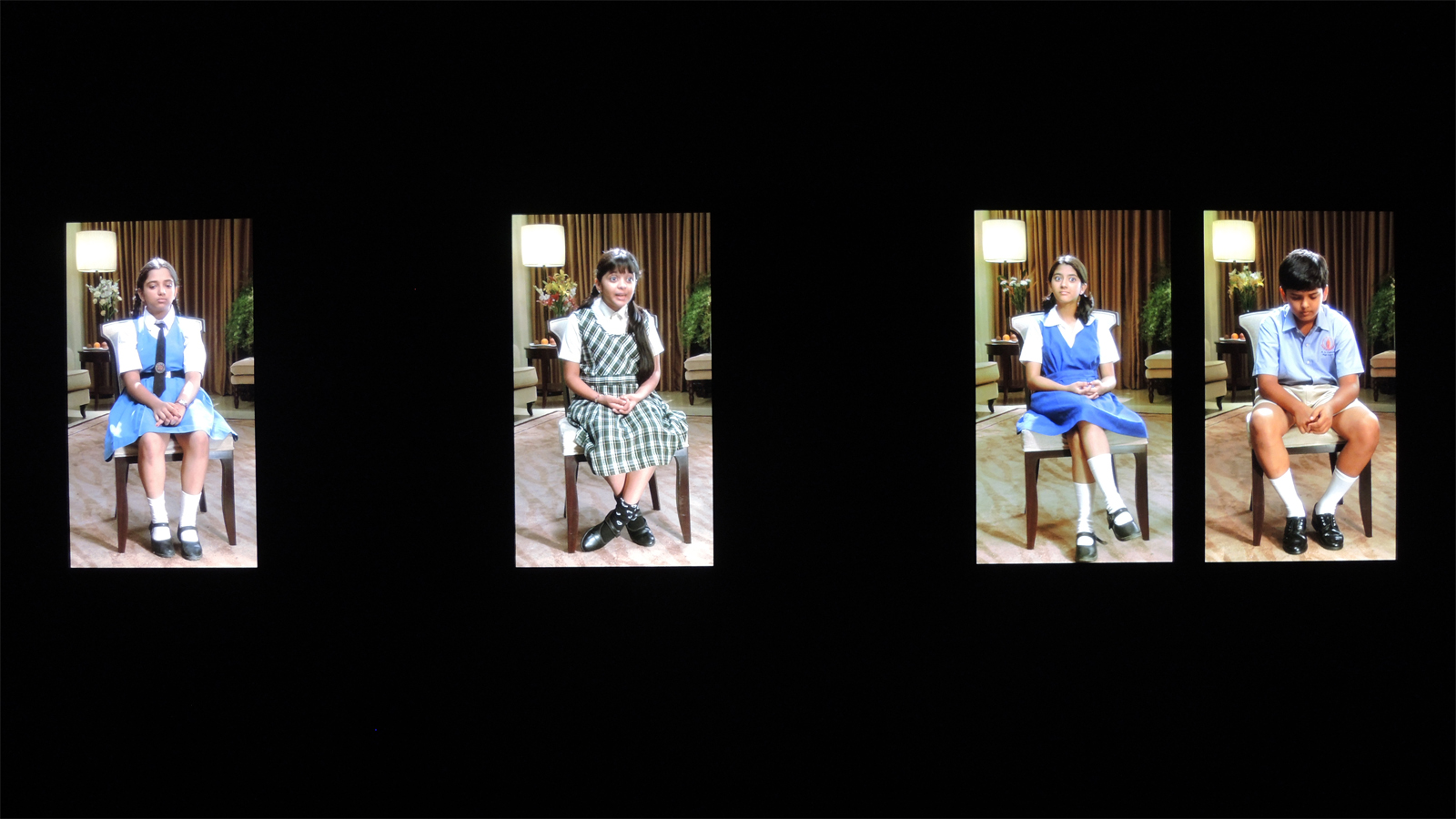 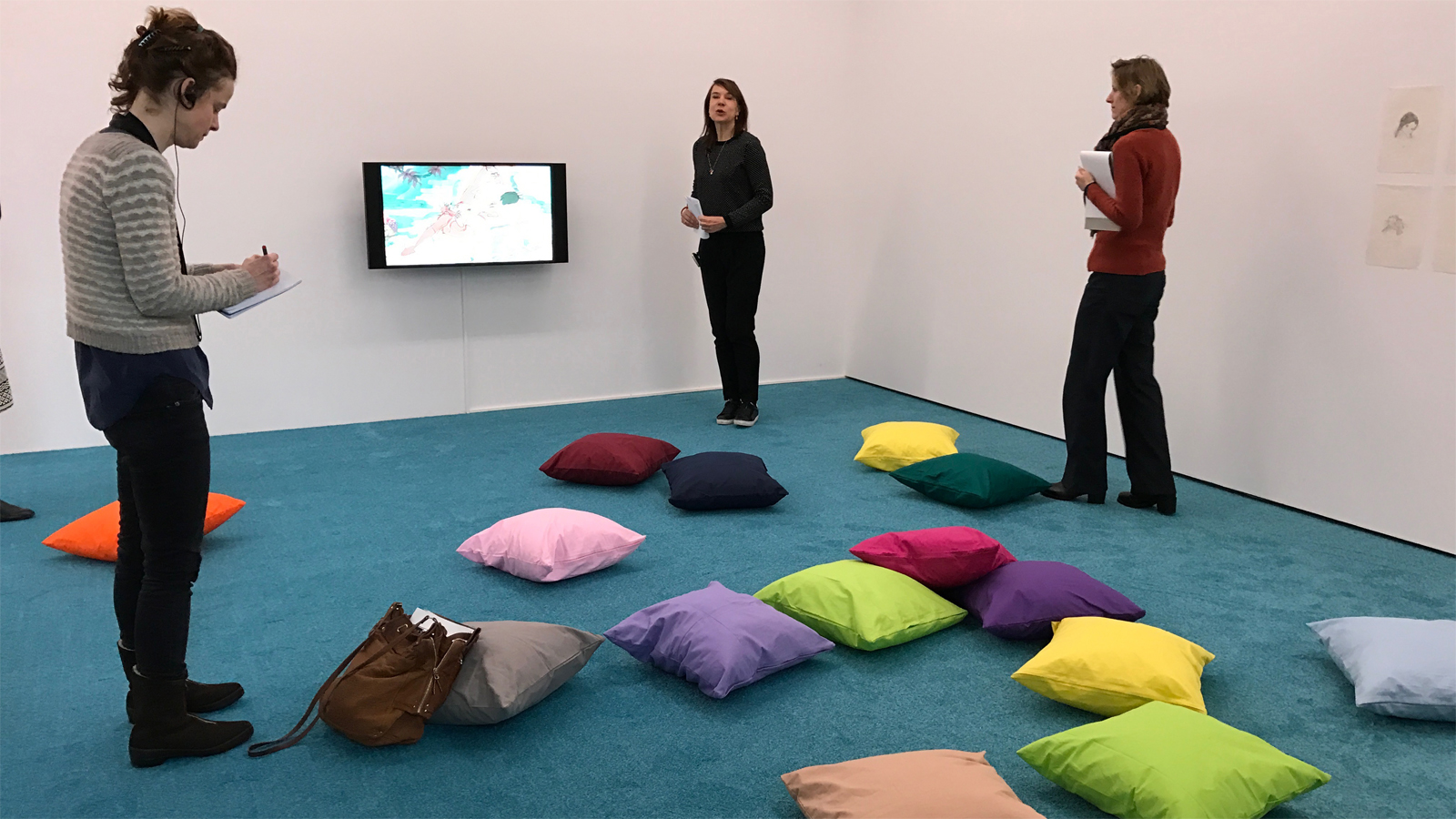 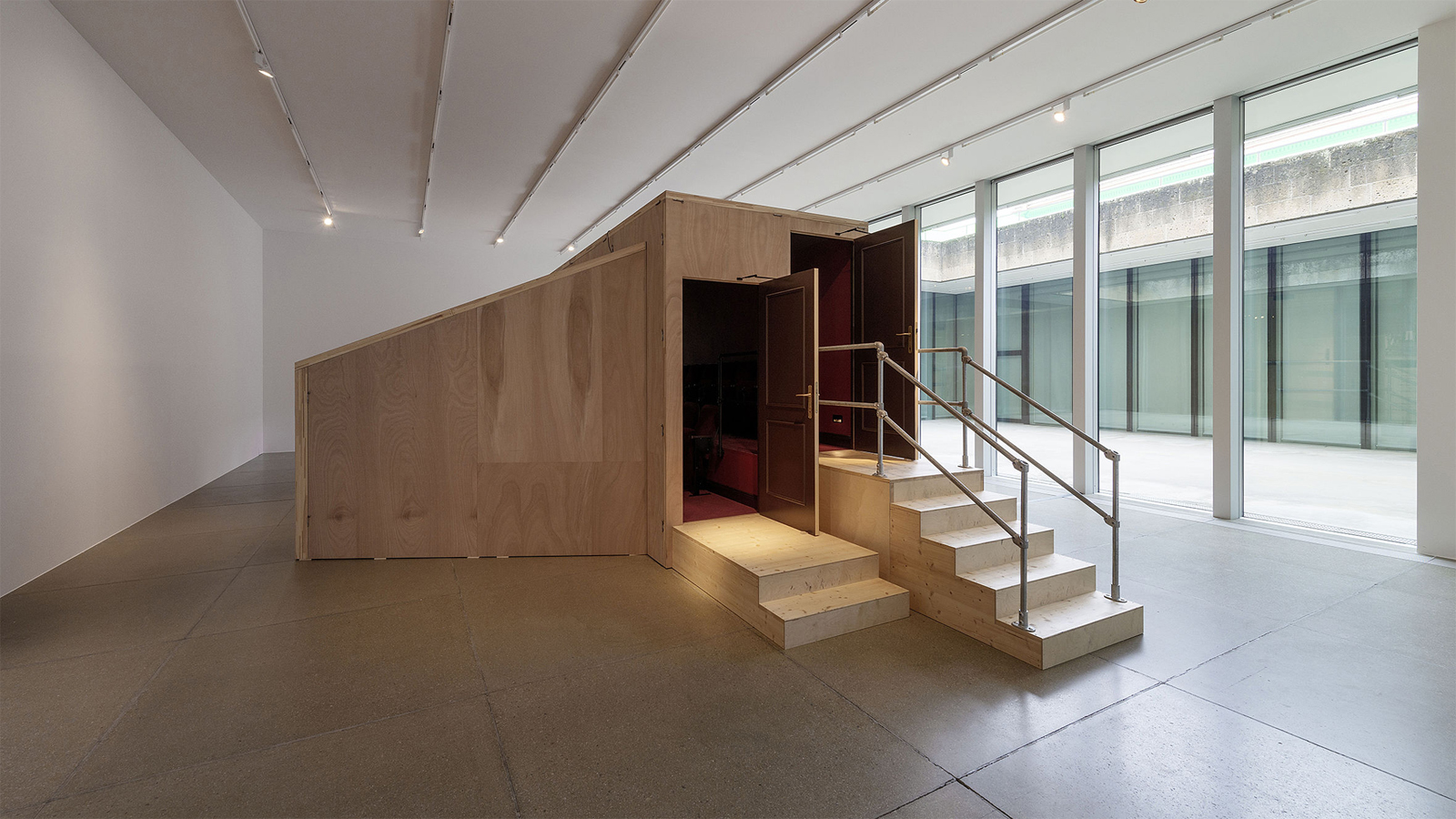 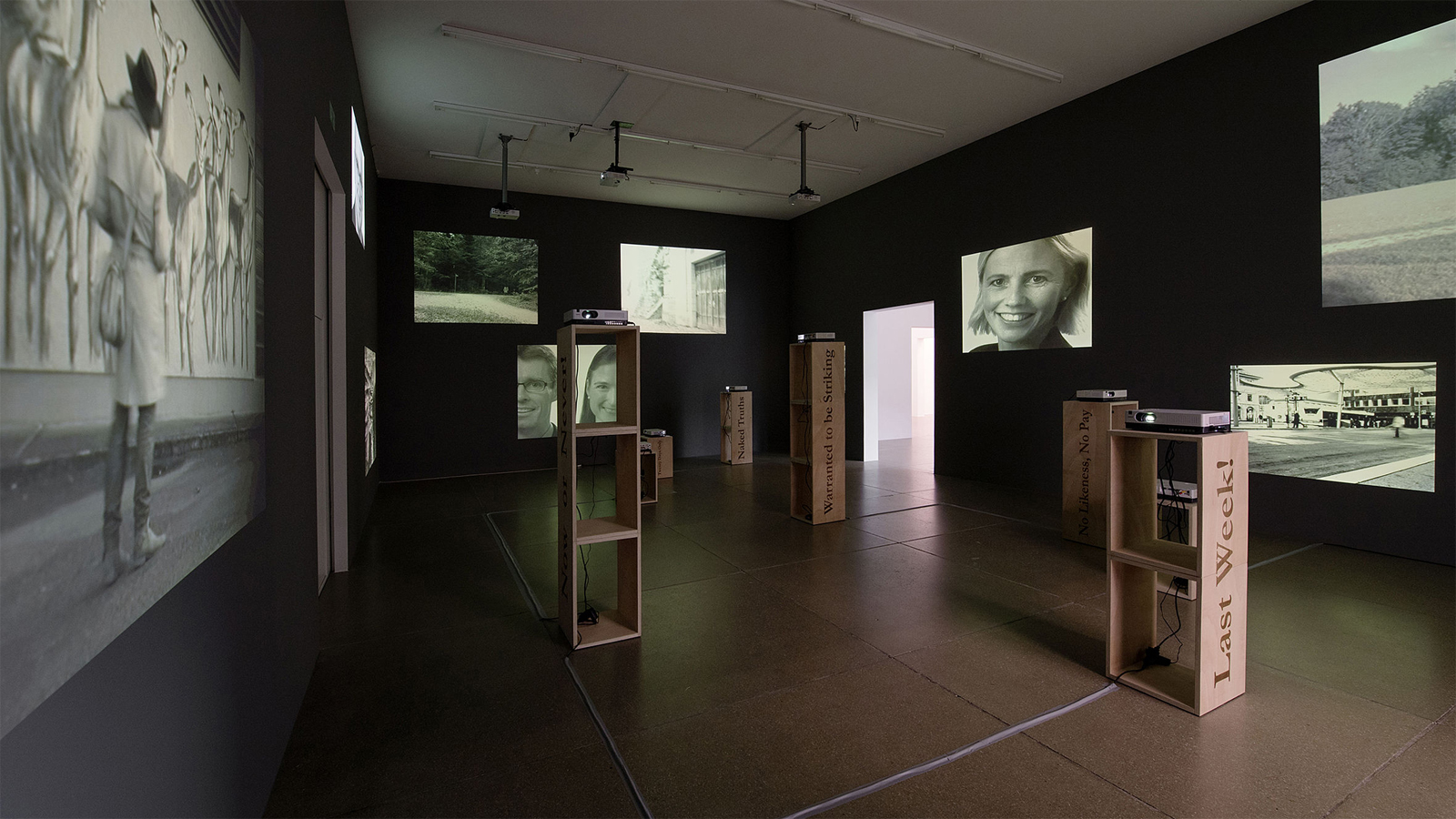 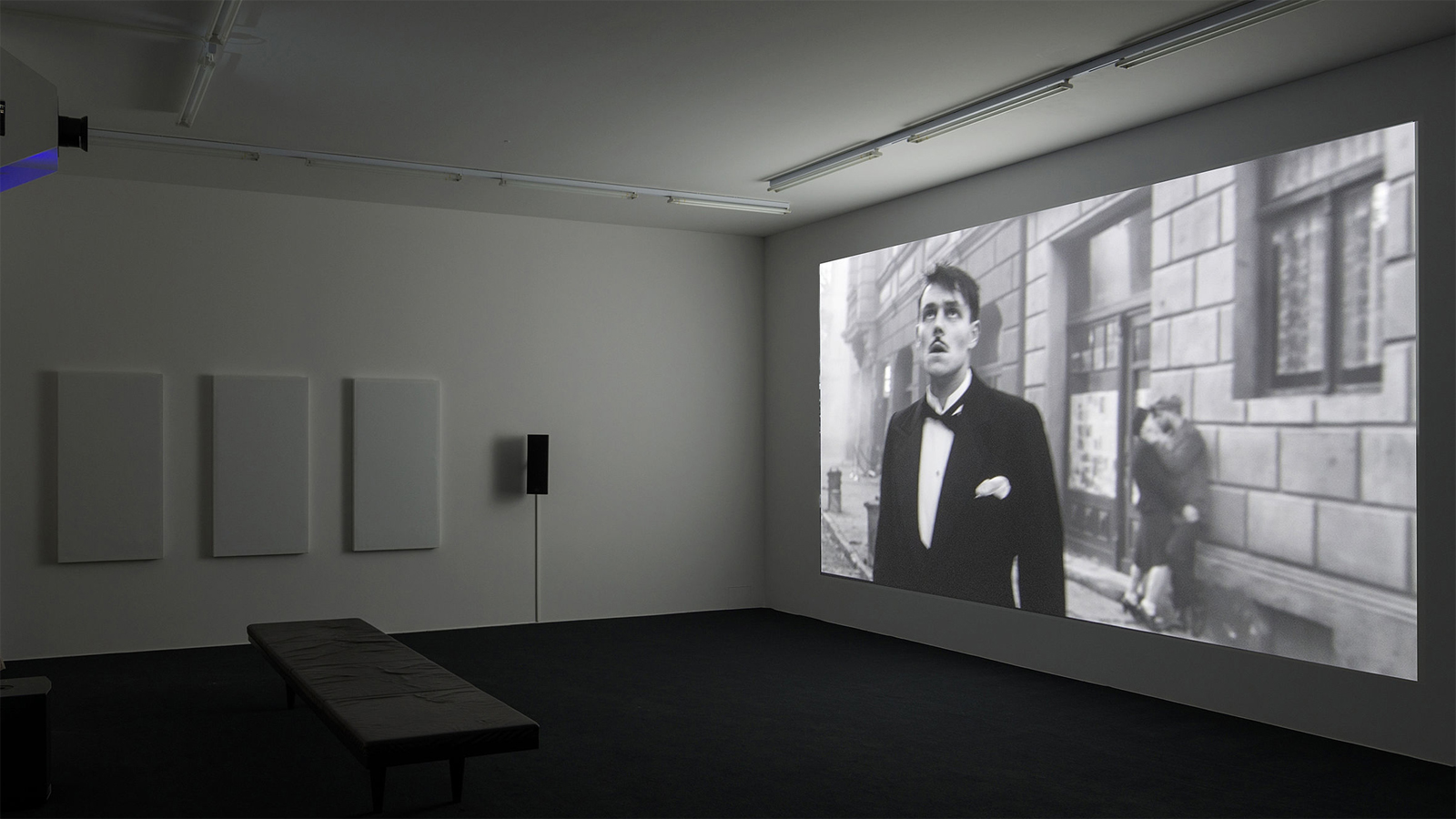 The exhibition at the Aargauer Kunsthaus Cinéma mon amour was conceived in collaboration with the “Focus” section of the Journées de Soleur Art mon amour. The programmatic intentions of the joint initiative are to stress the dialogue between art and cinema through a separation of the following tasks: in Solothurn the question of art in cinema, or the question of cinema speaking about art; in Aarau the question of cinema in art, or the question of art speaking about cinema. In the Filmexplorer article dedicated to the Focus at the Journées de Soleur, I have already discussed the limits of this programmatic approach that makes art and cinema two topics of reflection, i.e., two objects. The idea of a complementarity of both the domains of art and cinema would itself presuppose the acceptance of the separation and a clear delimitation of the domains themselves, which so clearly become objects of analysis – this is a thematic approach that I find highly debatable.

Actually, the main virtue of the Aarau exhibition is the incredible variety of approaches put forward through the selection of a substantial amount of artistic work. Such a variety allows the visitor to critically reflect on the thematic approach, and to discover other possible approaches, which show a more interesting communication and, more precisely, hybridization of art and cinema. In this respect, a detailed review of the works at the Aargauer Kunshaus is definitely worth undertaking, as it offers the opportunity to go deeper into the question of the relationship between art and cinema, which is one of the most fundamental questions for the role of moving images today.

The thematic approach towards cinema

What exactly is a thematic approach of art towards cinema as a topic, as an object of analysis, e.g., taking an aspect of the cinema world and using it as a source of inspiration, or as the focus of a conceptual refection, in an artwork? The works of Martin Arnold and Candice Breitz analytically focus on the question of the actor; the works of Urs Lüthi, Tacita Deans, or Christoph Girardet & Matthias Müller select the question of the ending of a film and the audience’s applause as objects of analysis; and Fiona Banner, Marc Bauer, Philippe Parreno, Daniela Keiser, John Baldessari, Thomas Galler or Hiroshi Sugimoto take inspiration from some aspects of the cinema world such as posters, cinema theatres, the cinema set, etc. We can also encounter interesting works of art here, but cinema seems to be either an occasional element, or an accomplished fact, some specific aspects of which can be underlined. In this sense, the artwork functions as a pedestal or frame to simply focus on parts of the cinema world.

In the middle of the exhibition, we find ourselves in front of a big box of wood, which is nothing but the external shape of a miniature cinema theatre with three rows of real cinema seats. Stepping inside, we undergo the experience of undergoing the experience of watching a movie, for through the headphones we also hear the typical noises of a cinema theatre overlapping with the voices and sounds of the movie. Janet Cardiff & Georges Bures Miller’s Paradise Institute is the most brilliant example of a non-thematic reflection on cinema, insofar as this reflection passes through the experience we are undertaking: the reproduction of the classic cinema immersion in the black box is shown as such, that is, as reproduction. In this way, we undergo an immersion in the experience of immersion, becoming aware of our role as audience, and so we gain the right distance to reflect on cinema as theatre and as experience. The big box in the exhibition can also be thought of as an artistic object, insofar as it is able to raise the question of how the white cube of museum-like institutions is imposing itself as a new way (for some experimental films: the only way!) of giving the experience of the black box, the cinema theatre, the value it deserves.

More conceptual, but in the same reflective vein, is Sam Taylor-Johnson’s work, Crying Men: a series of photos showing famous actors in their intimate or private sphere. The initial voyeurism we are able to experience is destined to be an instructive deception: all appears to be clearly fictionalized, and we cannot but reflect on how fake anything is that pretends to be a piece of reality behind the fiction of cinema. Everything is fictional, in a way, which amounts to saying: everything is real, and so the limits of the cinema domain are blurred.

At least three works in the Aarau exhibition deal with the making of cinema itself. Teresa Hubbard & Andreas Birchler’s Movie Mountain (Méliès) fully assumes the archeological attitude of a classical documentary to study some neglected pieces of the history of the beginning of cinema. Formally, their work remains cold and standard, even if they decided to display it on two screens for the projection. A huge formal problem affects the applauded The Secret Agent, by Stan Douglas. Six giant screens impressively surround the visitor: one should have the occasion to follow the single detective story through different simultaneous points of view. But the complexity of the installation collides with the classical linearity of the narrative, and the visitor cannot but feel constantly bothered by the multiple-perception that is impossible for the eye. Our body is involved, but at the same time we need much mental effort in order to reconstruct the fragments in our puzzled view. For me, Stan Douglas’ piece is a good example of an ambitious work that completely fails to satisfy its most basic intentions.

Completely on the opposite side is the experience we are provided through the splendid film by Julian Rosefeldt, L’Age d’Or. This magnetic black-and-white film is able to mix a live performance, the theatre and the backstage, the war and the lust of Berlin of the Twenties, the violence and the tenderness of a dreamy surrealist apocalypse. The camera slowly travels into the fictional world, giving us a peculiar detachment from the story, which is, however, saturated by images so typically cinematographic (not without plenty of quotations from films): reality and fiction, wakefulness and dream, all collapse into one experience that is absolutely dependent on the very classical condition of viewing in the underground room of the Aargauer Kunsthaus. Actually, with Rosefeldt’s film, one cannot but ask oneself about the meaning of its being in an exhibition space, and not in a cinema theatre. Exactly as is the case for Janet Cardiff & Georges Bures Miller’s Paradise Institute, Rosefeldt’s L’Age d’Or raises the question of the presence of the black box within the white cube: is it a necessary displacement? Or the opportunity for new life? Is it just a disciplinary misunderstanding? Or the result of a virtuous hybridization of different institutions?

[Review to be followed by a second part, where we will highlight our favourite artworks] 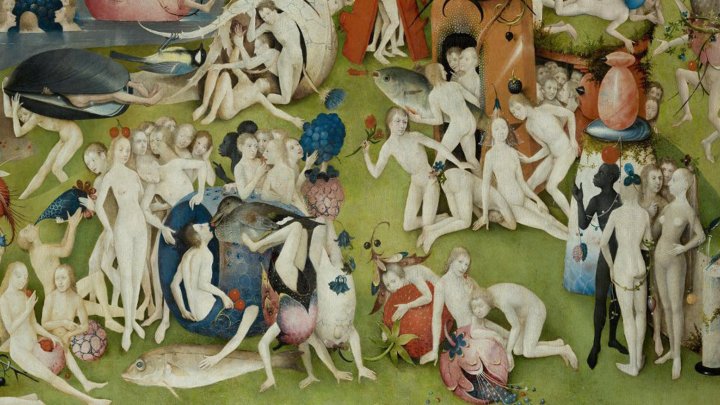 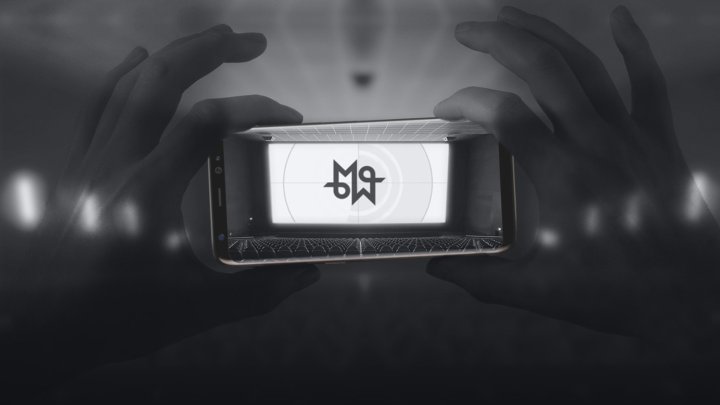 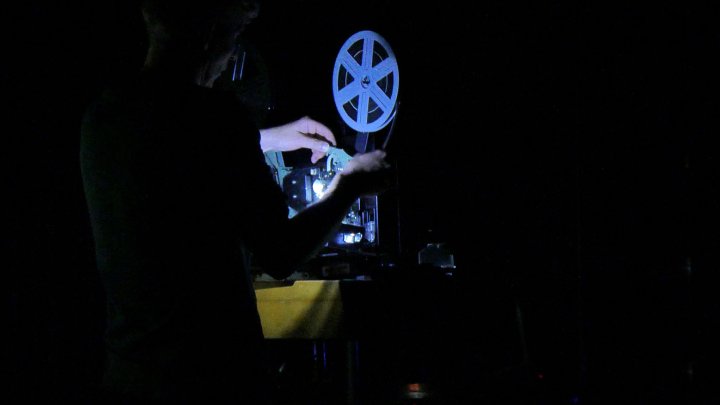