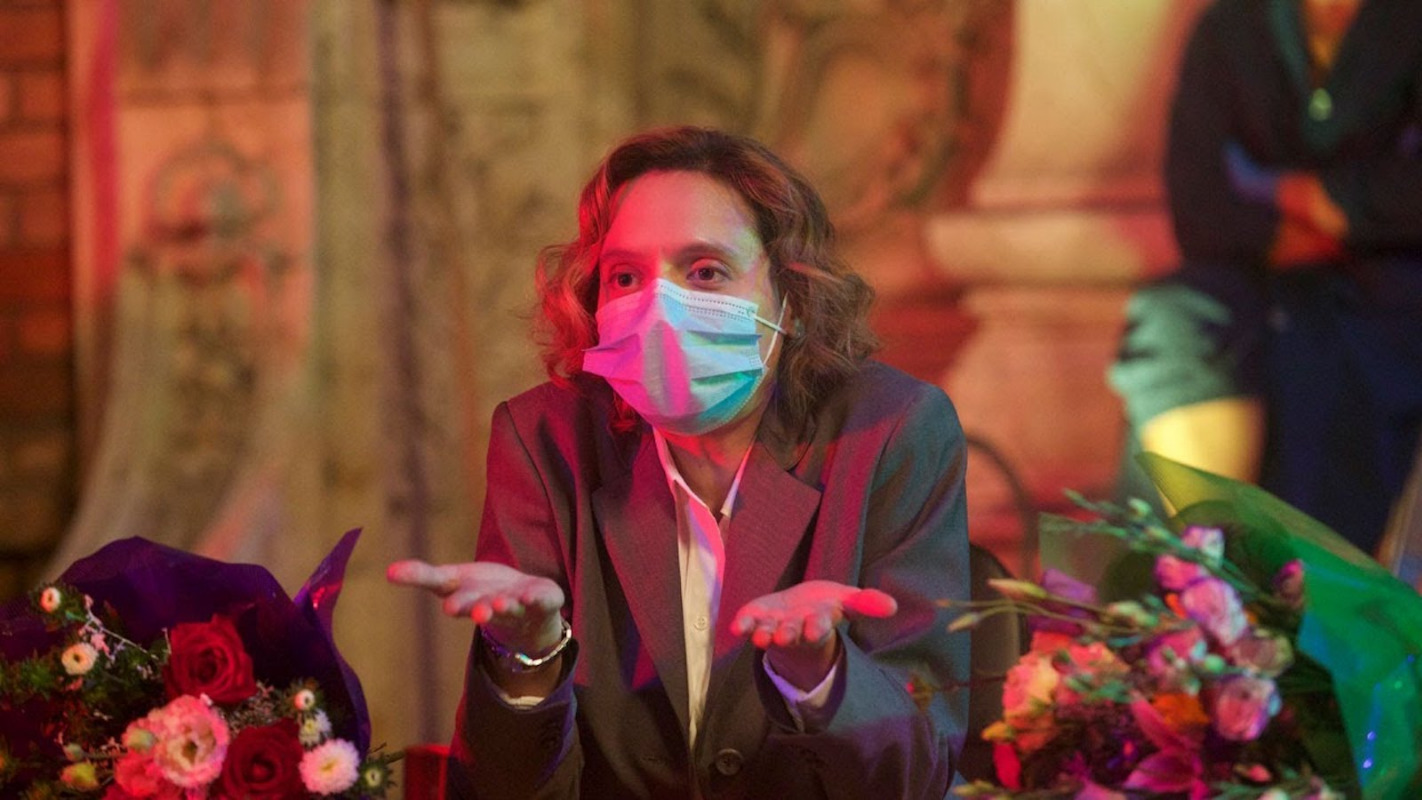 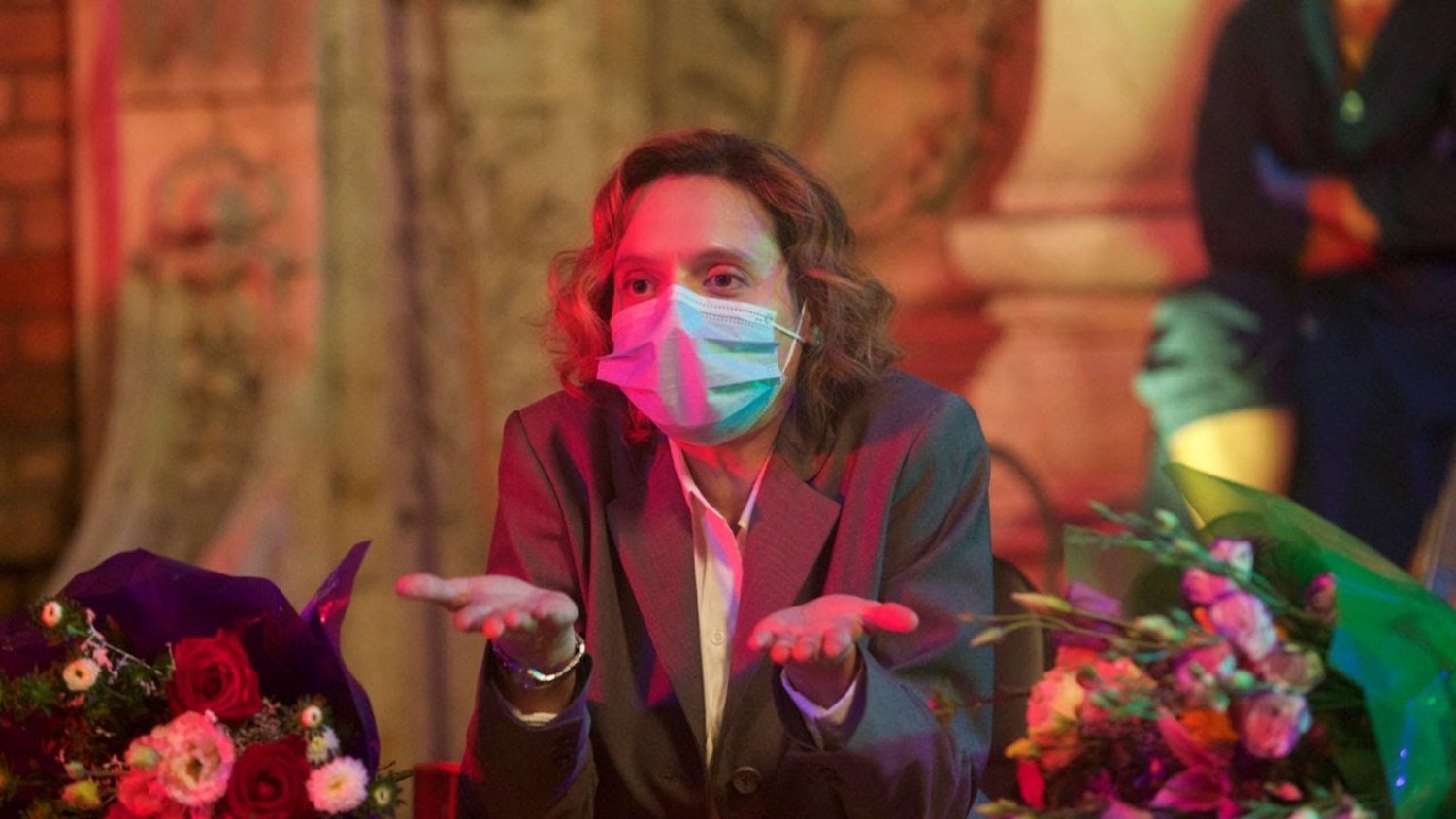 […] Making obscenity public displays the drama of Modernity, the drama of a society that neither banishes the private space nor confines it to an invisible space, but let it butt up against the public space.

[…] This first chapter is a gem, it is a refined exercise of phenomenology, insofar as it is no more important to see but to perceive that we have seen, to feel the effects of having seen.

Yes, Radu Jude likes discussing, debating and disputing. Long scenes of arguing punctuate his filmography, from Everybody in Our Family (2012) to I Do Not Care if We Go Down in History as Barbarians (2018), from Aferim! (2015) to Uppercase Print (2020), but his cinéma de parole is simultaneously always highly theatrical cinema: the Word is constantly staged through scenes where many things happen in the background, where unusual distant camera travelling prevails over classical reverse angles of talking faces, where the aesthetic of the image is scrupulously chosen. For example: during Emi’s confrontation with the parents the colours slowly saturate, accompanying the crescendo of verbal animosity, or – and this is a typically theatrical instrument – an unexpected errand-boy igniting a torch in the background at the exact moment when Emi’s defence escalates from a polite acceptance of the charges against her to a sharp counter-attack against the fallaciousness of the parents’ arguments. As the tribunal and its rites borrow heavily from theatre, Jude’s theatrical staging serves well the intentions of what we could call a “cinematic tribunal”.

ob scaena – out of the scene

The third and last part of the film however is called a “sitcom” and in fact Radu Jude does not hesitate to insert cynical humour and moreover amuses himself in proposing three different endings. In content and form, an ironic attitude puts the immersive short play at a distance, the distance of his playful manipulation – as if he wanted to say to us: “come on, don’t take it too seriously”. His wink towards the lightness of a popular format like a sitcom though actually has, to my eyes, a more precise value: it is a gesture that forces us to escape the identification of theatrical immersion. Irony is criticism, both creating a distance that has us suspend the absoluteness of the theatrical scene. We find ourselves out of the scene, in front of the scene, ob scaena (with a clearly speculative etymology of “obscene”, probably deriving from the Latin ob-caenum), and laughing or reflecting on it.

the drama of Modernity

That obscenity is not (just) something to enjoy but it triggers irony or reflection, probably expressing Jude’s moralist touch in Bad Luck Banging or Loony Porn. Obscenity would have its rights insofar as it would be confined to a private space, out of the public scene. Emi’s main argument and defence is finally nothing than the moral claim of Modernity that amounts to the exercise of keeping the private and the public spaces distinct. Rendering the private public – through the publication of the explicit video – provokes the totalitarian feelings of those who would prefer to banish any private exception (the parents), or at least to keep the private space completely invisible. Making obscenity public displays the drama of Modernity, the drama of a society that neither banishes the private space nor confines it to an invisible space, but let it butt up against the public space. This friction expresses the never-ending exercise of distance, be it ironic or critical.

There is something pamphletic in the third and second chapters of Bad Luck Banging or Loony Porn, a quite different tonality in comparison with the first chapter, called «One-way street». This One-way is Emi’s path towards the collapse of her reputation – and Radu Jude opts here for a naturalist continuity as a filmic form. We see her walking down the streets of Bucharest, getting through a little shopping, but from some phone calls we understand that she is starting to deal with the aftermath of the publication of the video. The drama is not visible, but is growing in her, is growing somewhere in the air – and the position of the camera, somewhere distant and sometimes behind some cars or on the opposite pavement, seems to hint at a spying point of view: ours. She is just one anonymous person among all the anonymous people in the almost protective anonymity of the metropolis and yet we feel that what is falling apart is precisely this anonymity, her privacy. The observing, slow movement of the camera draws a travelling line whose apparent insignificance compels us to discover the vulgarity and aggressivity of the little happenings in the background. Be it the inquisitive gaze of a man (becoming the one of a male), or the sexual allusions of an advertising poster, we realise how different the most usual and banal urban landscape is becoming, how it slowly transforms itself into a threatening environment. This first chapter is a gem, it is a refined exercise of phenomenology, insofar as it is no more important to see but to perceive that we have seen, to feel the effects of having seen. Just like Emi’s invisible husband behind the phone calls, the video completely haunts this chapter of Bad Luck Banging or Loony Porn as a persisting afterimage: this chapter is thus a sort of “afterfilm”, a piece of film made to create and exercise a phenomenological distance from said video.

Phenomenological distance (first chapter), critical distance (second chapter), and ironic distance (third chapter): three steps to measure and make sense of the friction due to obscenity in cinema, to measure and make sense of the moral drama of Modernity... But what if pornography could be not nonsensical, could make (its own) sense without requiring an exercise of distance, a rational assimilation? In this case, Radu Jude should make another film and not just a sketch for a popular film, but a really popular film. Then he might not care to go down in history as a barbarian…

Golden Bear at the Berlinale 2021 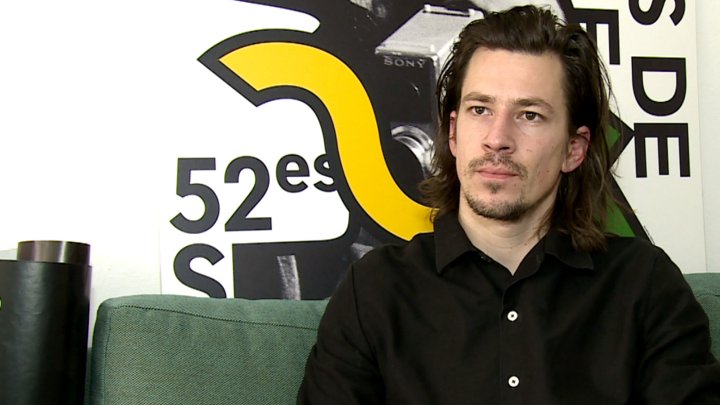 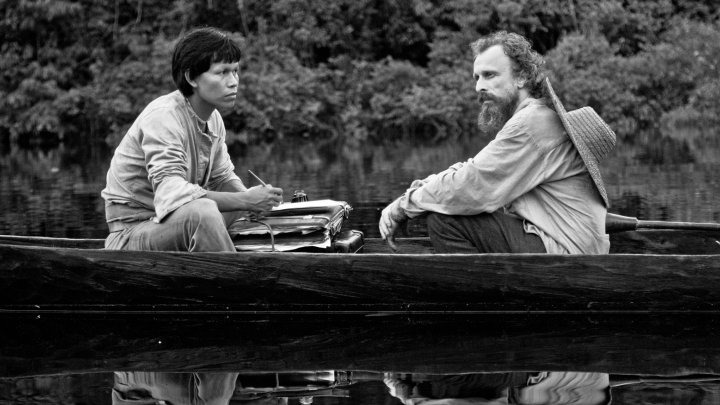 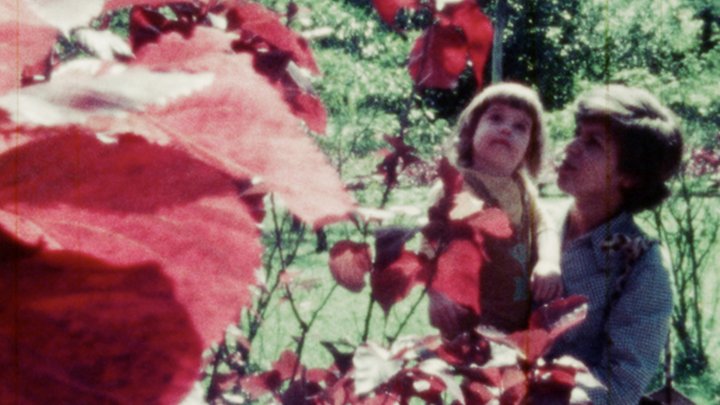