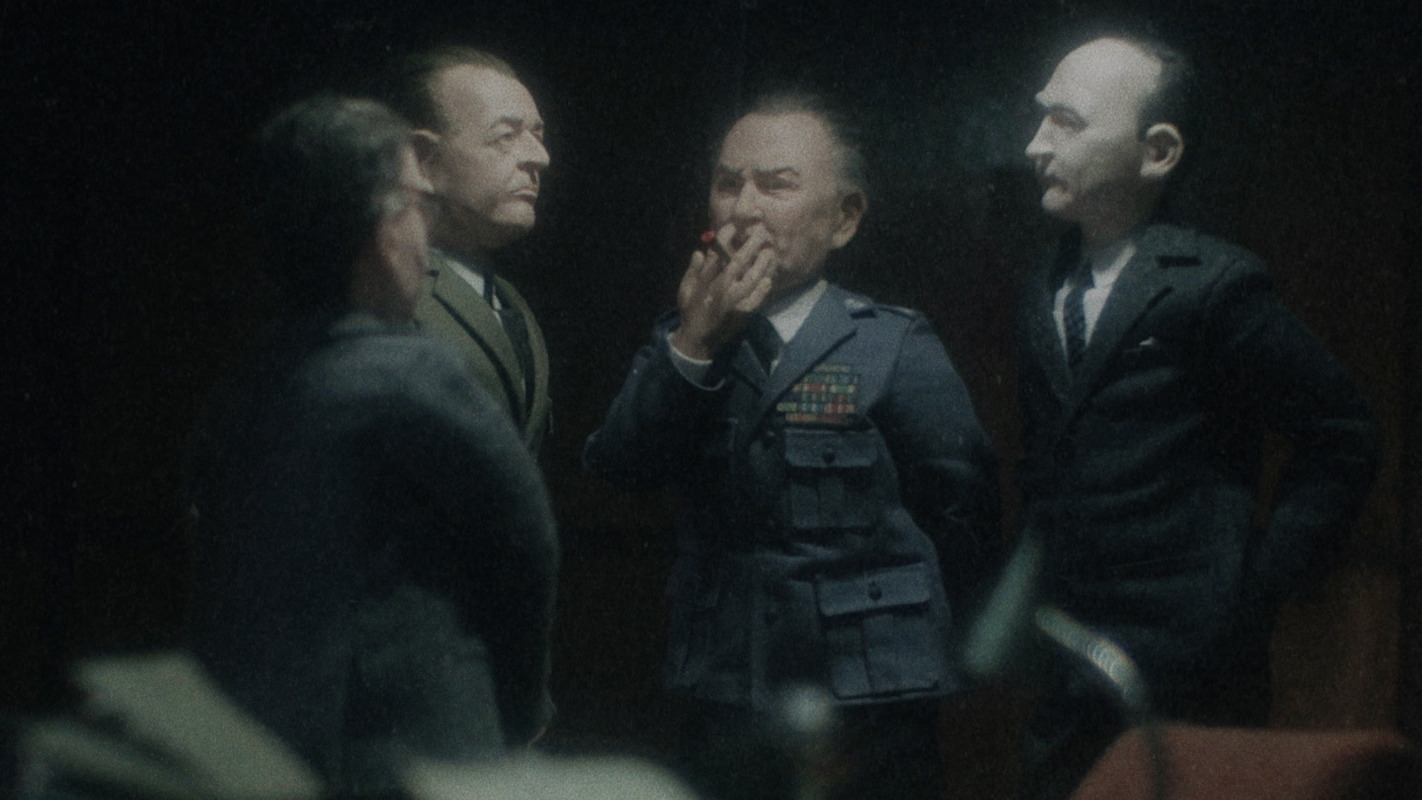 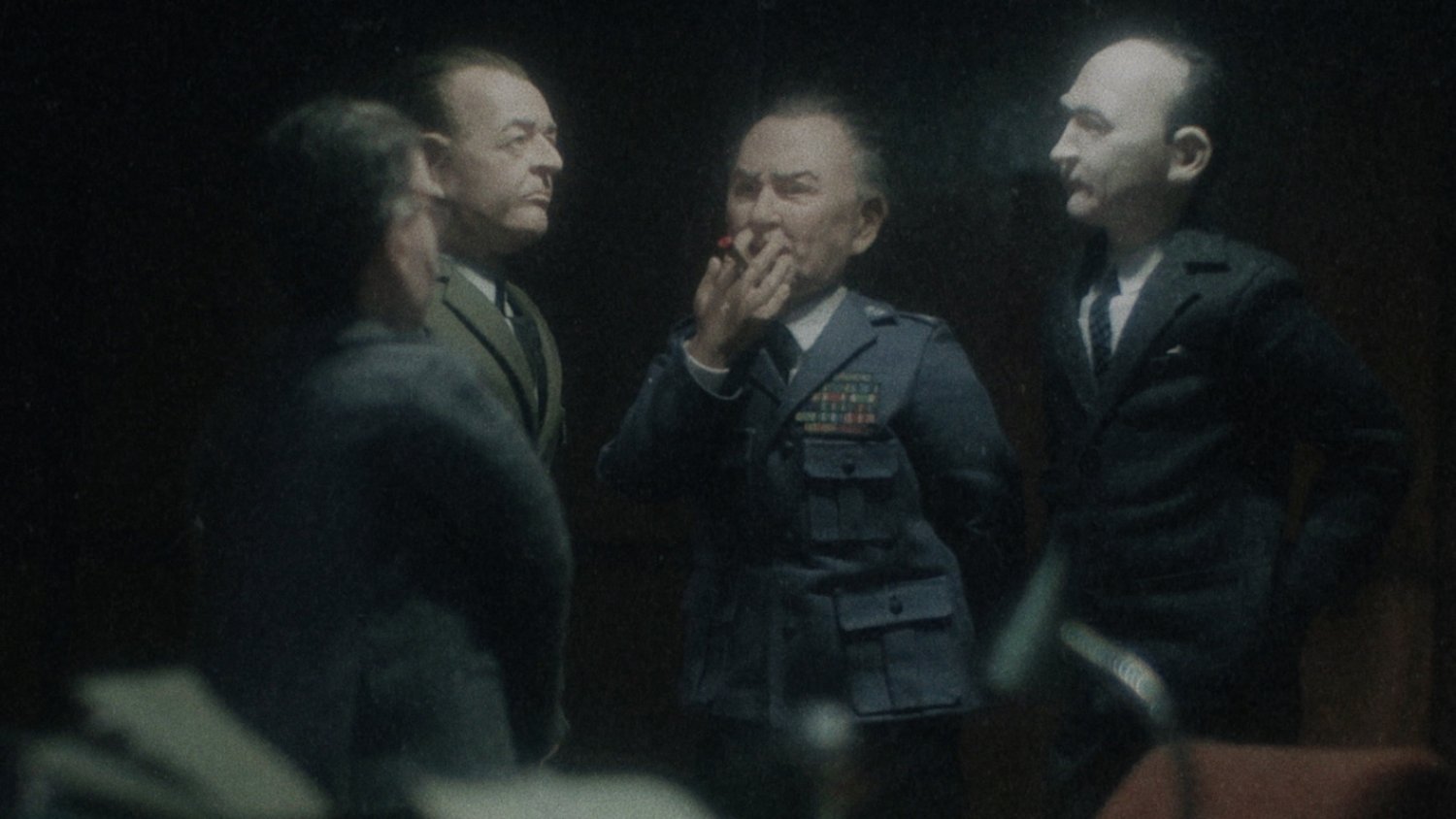 […] The film takes notice of the blank beyond the historical record, and decides to embrace it.

[…] That said, the trouble with casting a light on darkness is that, ever since Eichmann’s trial in Jerusalem, one risks finding little more than grimy ashtrays and file folders.

Evil comes from a failure to think. It defies thought for as soon as thought tries to engage itself with evil and examine the premises and principles from which it originates, it is frustrated because it finds nothing there.
(Hannah Arendt, Eichmann in Jerusalem, 1963)

There seems to be something of a trend of late, especially in post-communist and still-communist contexts, to use animation as a surrogate, a tool to bear witness where no other record is possible. To be fair, from Trnka to Kumala animation has long served to voice critical stances in what used to be the Eastern Bloc, but those were allegorical, oblique gestures. The recent films I am thinking of seem to follow a different play-book. Take Eiji Han Shimizu’s animated account of life in a North Korean labour camp, or Ilze Burkovska Jacobsen’s memoir of her youth in Soviet occupied Latvia (more on these films here). Donna Kornhaber even wrote a full book last year (Dream Sanctuary: War and the Animated Film), attempting to categorise different ways in which animation can engage with subject of war and trauma beyond propaganda: resistance, memorial, pacifist appeal, etc.

On the surface, Tomasz Wolski’s 1970 appears to follow the afore-mentioned trend. A blend of archival footage and animated puppets, skilfully handled by Robert Sowa in order to produce an intentionally opaque, subdued performance. Except, animation does not act entirely as a surrogate here. The context is that of an early strike in Poland (ten years before Solidarnosc) brutally stomped upon by Gomulka’s regime. Alongside the archival footage, Wolski uses recently rediscovered tapes, on which the men of the “crisis team” assembled at the Ministry of Internal Affairs to tackle the insurgence are recorded talking to each other on the phone, as they try – for the most part unsuccessfully – to coordinate and to get a grip on the unfolding events.

The presence of these tapes radically shifts the representational compass. The filmmakers mentioned above use animation to inject a human voice into the historical blank, filtering events through personal memory, lived experience, and eventually constructing those same events anew, alive with the stuff of human stories: drama, conflict, meaning. 1970 makes the opposite choice. The film takes notice of the blank beyond the historical record, and decides to embrace it.

Let us take a step back. As the “actual” events of the strike and the following street protests stream on the screen, no narration is offered to organise their meaning for the viewers. The context, after all, is informative enough. Poland, two years after the Prague Spring. From the start – indeed, from the very title – we know that no glorious liberation will follow these acts of collective defiance. No, what the viewers are offered here is a peak behind the scenes of darkness: the making-of of historical violence.

That said, the trouble with casting a light on darkness is that, ever since Eichmann’s trial in Jerusalem, one risks finding little more than grimy ashtrays and file folders. As we listen to the voices of the apparatchiks discussing the unfolding crisis, the genesis of violence is buried under a patina of ministerial inefficiency. What strikes the viewers, mostly, is how desperately these supposed éminences grises have to scramble just to figure out what is actually happening. The exact amount of people in the streets, whether they are armed or not, how far away the army is, how aggressive the crowd is.

There is, of course, more to these events than what transpires from the tapes. The tapes themselves are only reliable up to a point: after all, these men knew they were being recorded, their decisions likely to be assessed later and, needless to say, we know nothing of what these men said when they were not being recorded. We know nothing of what they thought. Here, then, is where Wolski decides to the leave the blanks blank. Rather than using animation to fill the canvas, what we have instead is a stark withdrawal. When the tapes stop, the puppets (which have naturalistic features, meant to resemble their historical counterparts) remain silent, often smoking in a sparse, anodyne environments. Detail shots of ministerial furniture: table lamps, rotary dial phones, cigarettes, wires... The rooms are saturated with shadows: the light is pale and frosty, the lighting is high-key, the field of focus shallow. The camera glides slowly, often laterally, with movements designed to reinforce the effect of a tableau vivant. Occasionally, a detail emerges briefly, taking on a deeper symbolic resonance: the bust of the leader in the background of the room; fingers drumming nervously on the table; phone wires entangled under the table.

Does it work? Almost, but ultimately not quite. The unspoken idea hovering above this mise-en-scéne, the invisible engine of this whole aesthetic machinery, is the sense of history, or, perhaps better, of historical consciousness. Like Eichmann, these are banal men. Like with Eichmann, their historical responsibilities are harsh, difficult to deny. We are meant, I suspect, to feel outrage at their lack of historical awareness, at their implicit disavowal of responsibility, their failure to do the right thing.

Nevertheless, listening to them fret and scramble, one cannot avoid the impression that these were, more than anything else, men without qualities (to borrow Musil’s phrase), functionaries who found themselves out of their depth, in a situation they were not prepared to handle – and which, in fact, they handled disastrously even in the eyes of the regime, which swiftly removed them from their posts after the events. Culpable cogs, to be sure (or puppets, if one wants to take the visual conceit of the film at its literal level) – but such that not even their guilt rises above mediocrity.

A coda: a few moments in the archival footage do pierce the patina. A woman bringing food to her husband behind the picket lines, with a touching gesture of practical, quotidian concern. The hand of a soldier forcibly turning the head of a young woman, her eyes wide with fear. The rest remains under the ashes. 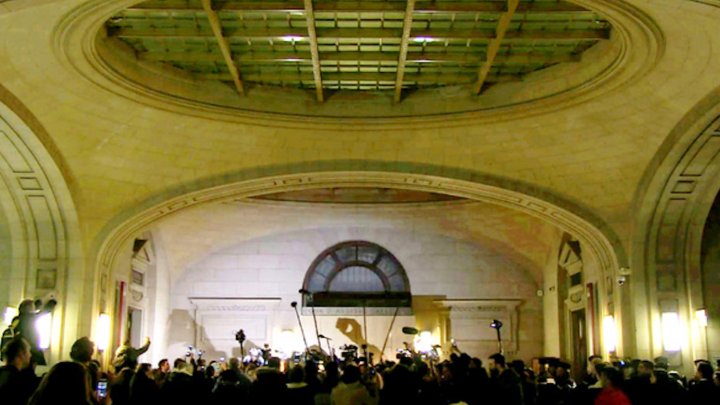 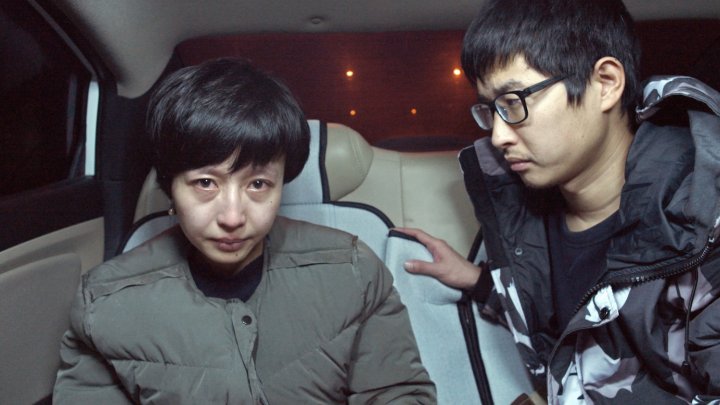 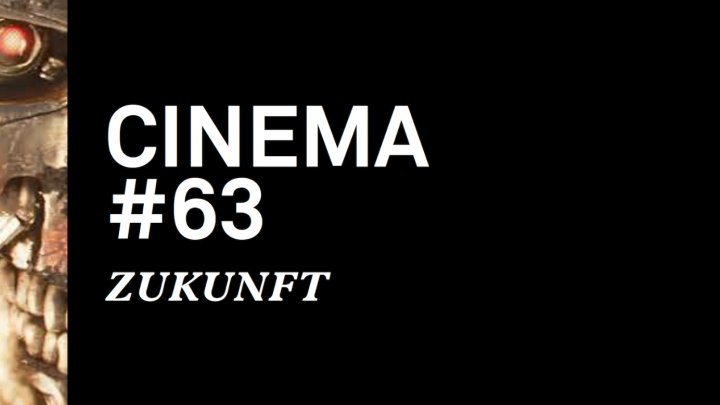